Recently, AntsEmporiums' team was fortunate enough to locate a Myrmecocystus placodops nuptial flight. Which are for sale here. 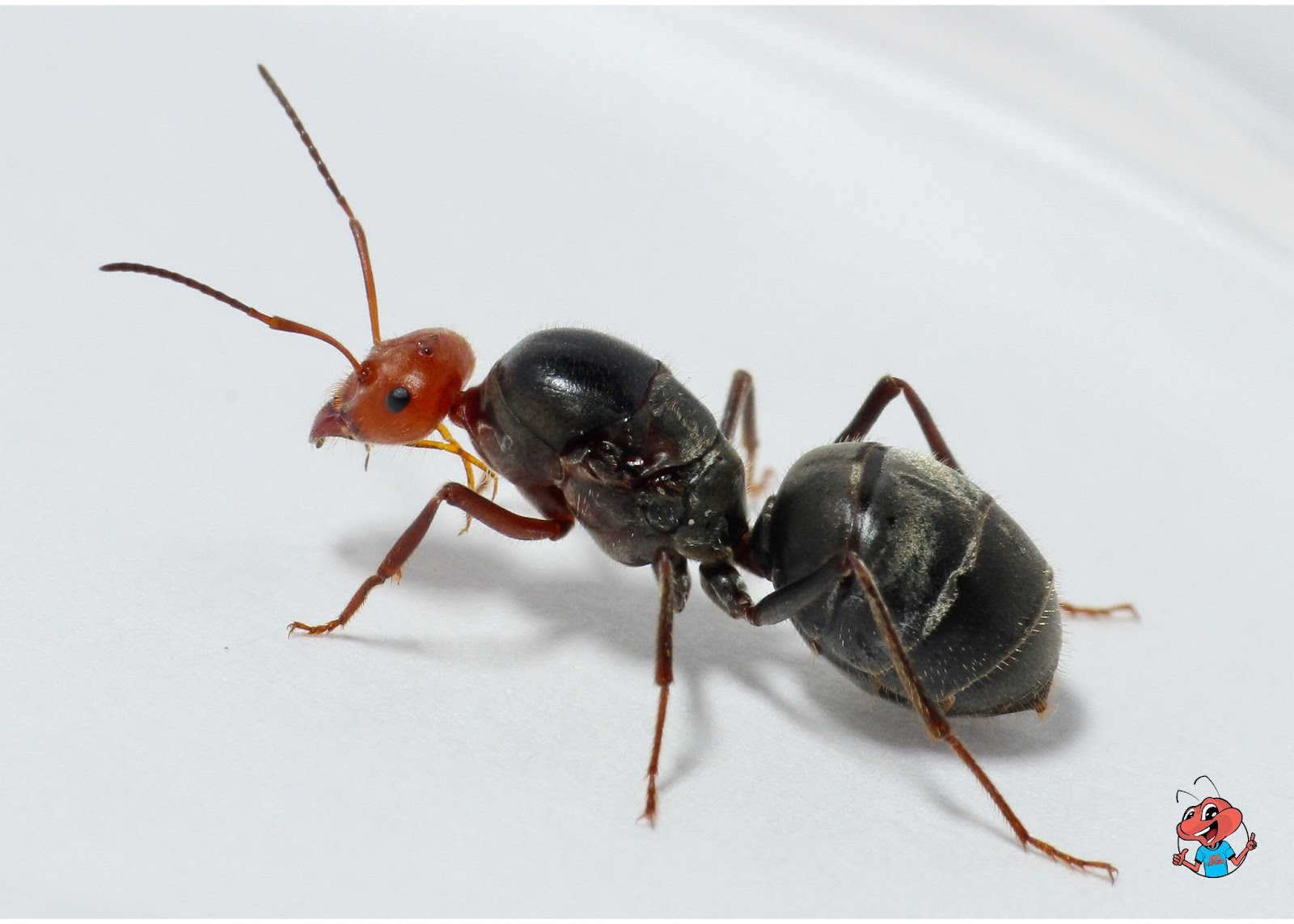 Queens were collected while running around on the ground. After a few hours, we had to switch to the task of excavation. The environment was very rocky so this was easier said than done.

Here is a size comparison of M. Placodops and M. mexicanus 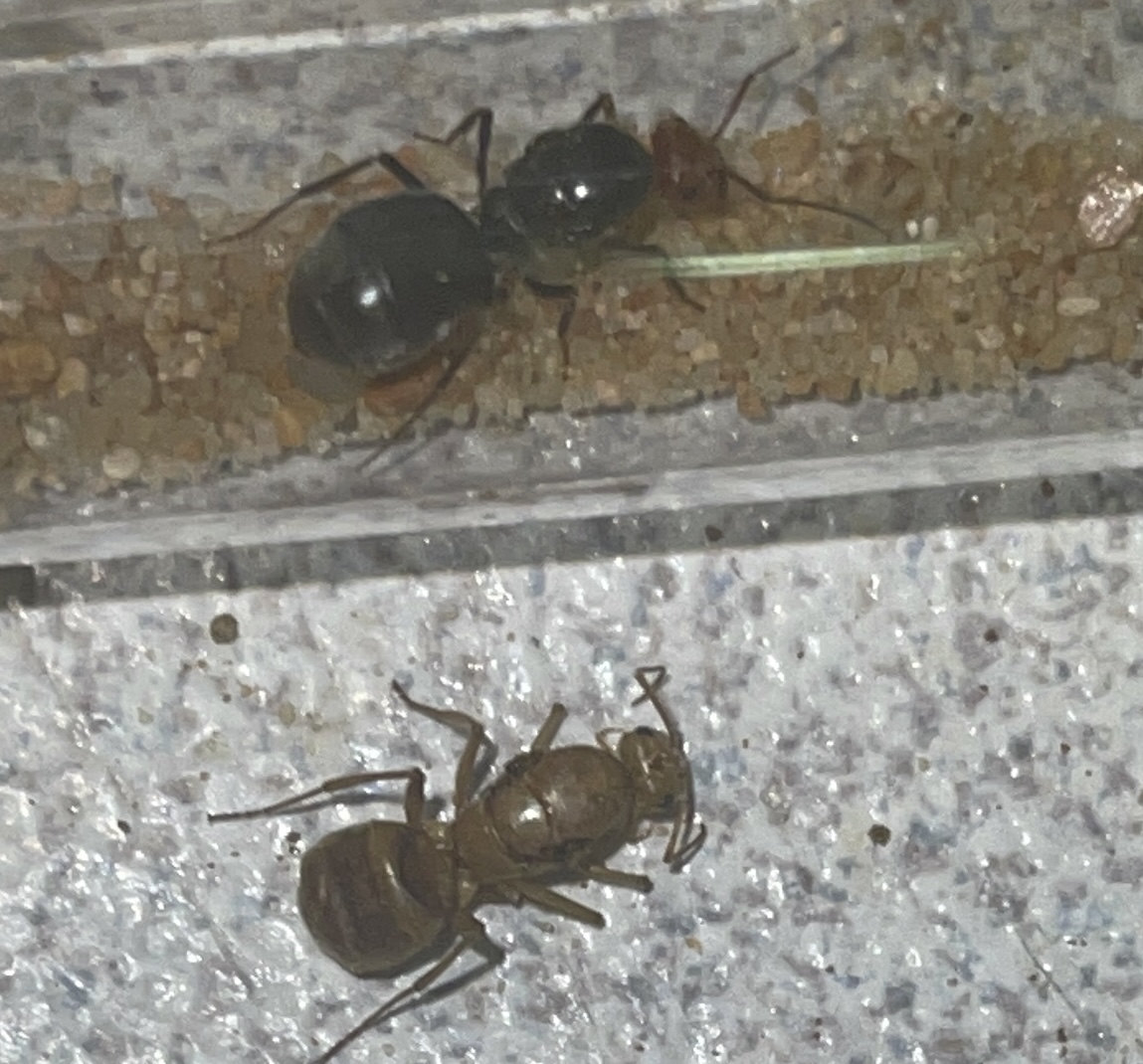 Some chambers had several queens inside. With the maximum being 4. It is unknown if polygynous behavior is exhibited within M. placodops. However it is possible due to them being in the subgenus Endiodioctes. 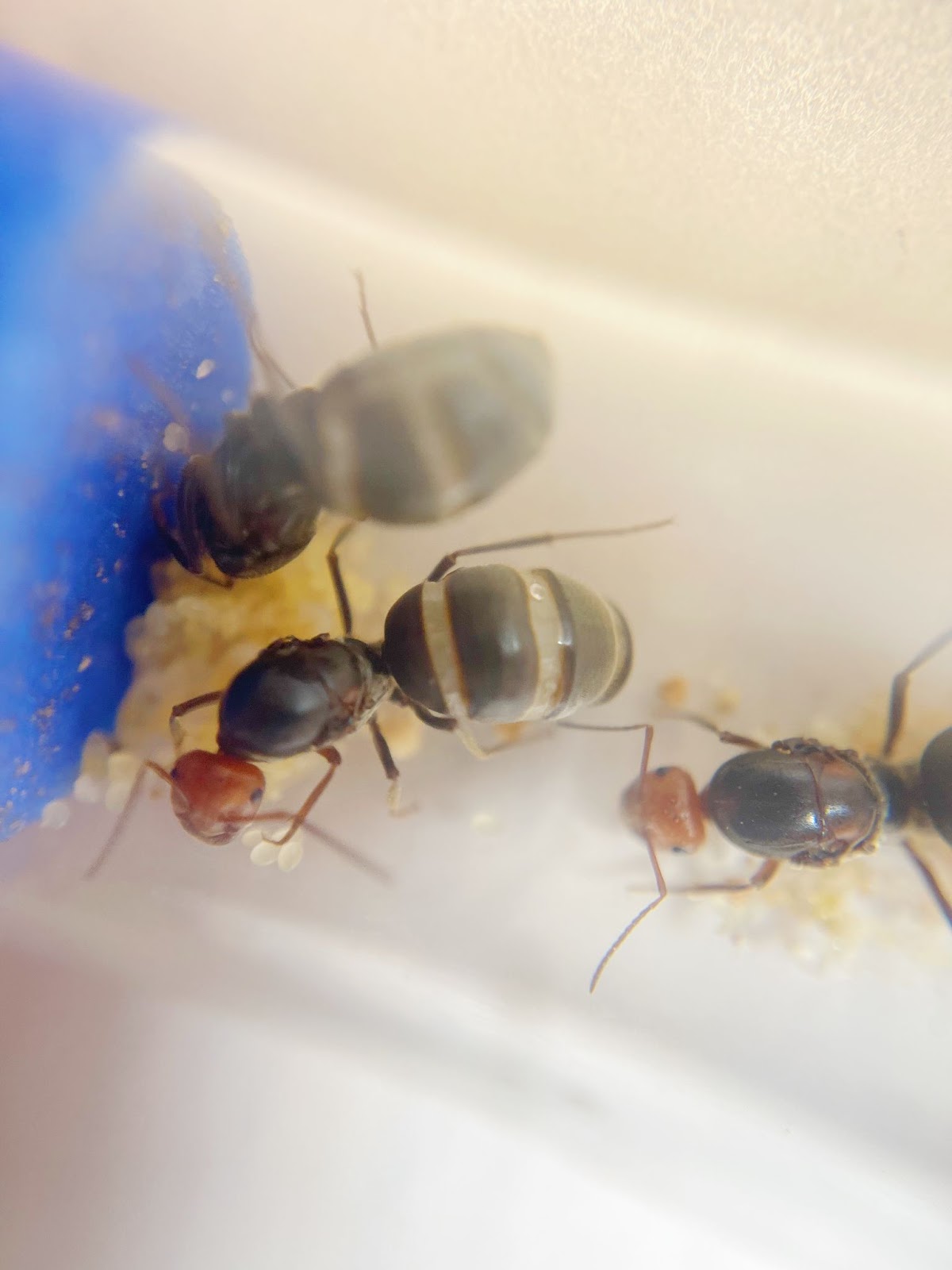 Similar to last year, it appears M. placodops yield the largest brood size out of any Myrmecocystus we have personally raised. While it is still too soon to tell. Many of our founding queens have already exceeded 20 larvae. 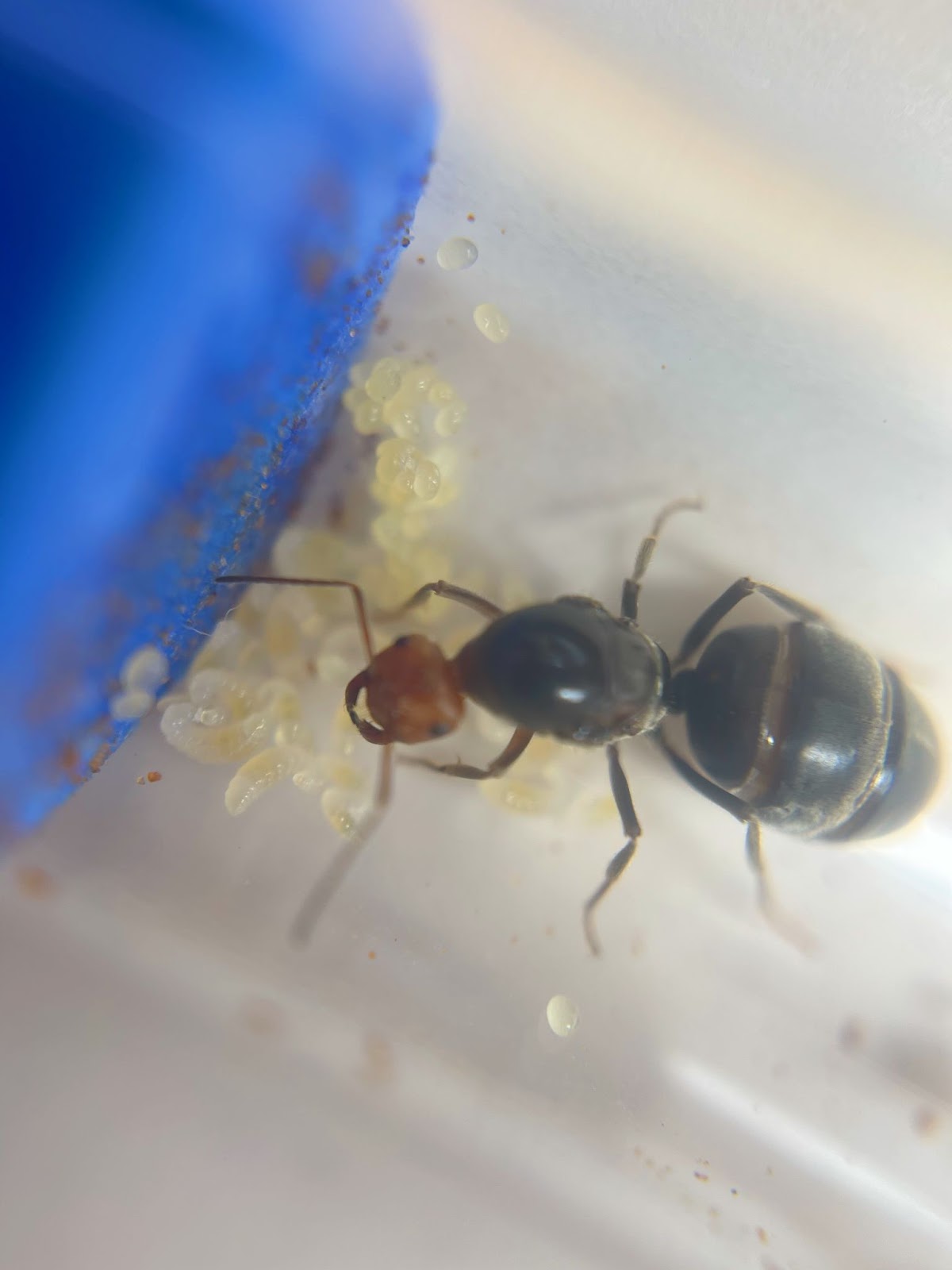 An example of a founding queen.

Most of our Myrmecocystus placodops queens are starting to get pupae. Little to no mortality rate.

Averaging ~13 pupae with the most successful queen having 21 pupae currently. However there are still plenty of larvae so we are expecting average first generations to be 15 workers or more. 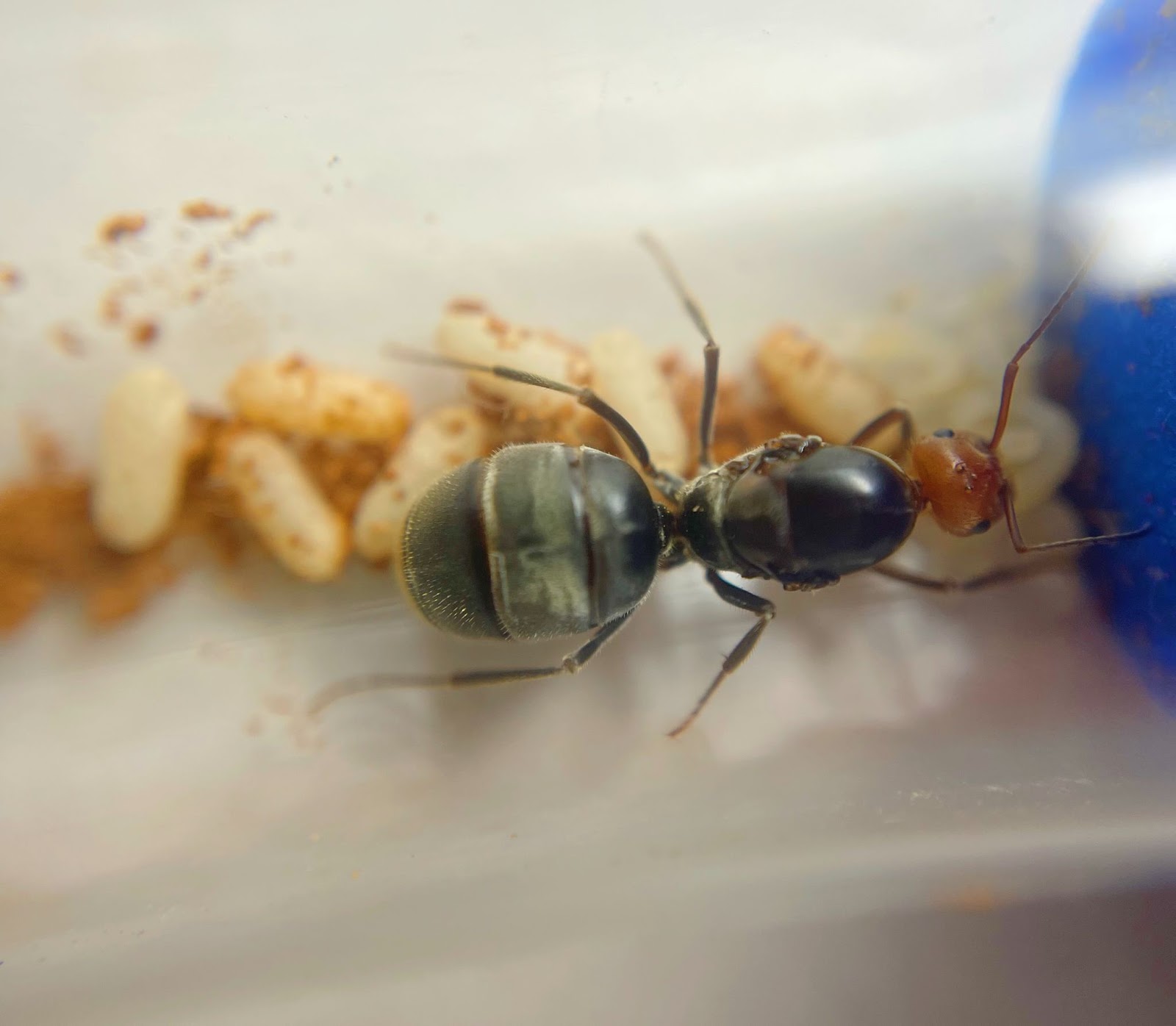 The Mexican/Texas M. placodops-01 variant is simply a beast compared to the -02 and -03 variants in the rest of the states.

The Mexican/Texas M. placodops-01 variant is simply a beast compared to the -02 and -03 variants in the rest of the states.

The M. placodops-01 in Mexico and Texas is larger than the two variants known from other states such as Arizona. The queens of the -01 variant are larger by a couple millimeters or more and the majors are larger as well. Head size also is a bit larger than the ones in states such as Arizona. Yes, The three species that are all considered M. placodops are large in size, but there are clear size differences.

Also tagged with one or more of these keywords: antsemporium