20 replies to this topic

Location: Southern CA, Mountain foothills near desert
Date: April 3rd, 2021
Habitat: Mountain desert
Elevation: ~4000ft
Length: 12-13mm
Coloration: Dark brown body, yellow legs
Distinguishing characteristics: Very hairy, look like very large M. testaceus
Nest description: assymetrical mounds, 8-12 inches, workers are strictly nocturnal and come out at the last light of sunset
Been anting at this spot for years. It's the closest region with Myrmecocystus to where I live, but this is the first time I have found these.
In the past I had always noticed these large yellow workers at night which I assumed were Myrmecocystus mexicanus, but had never found M. mexicanus queens here. A few years ago found M. testaceus and M. wheeleri dealates in the same spot, which made me question what these large yellow workers were. You usually don't find M. testaceus (generally a mountain species) in the same habitat as M. mexicanus (generally a desert species).
This past week I stumbled on these large Myrmecocystus queens that looked like giant M. testaceus, and assumed that may be what they were. Keyed them out, and the closest they come to is Myrmecocystus mexicanus (in the Myrmecocystus subgenera in the Mexicanus group). I wasn't even looking for queens, but was hiking. Weather was cold, hi 70s and low 47.
I also gathered large major workers from the nests as well. Both queen and workers have 9 rows of teeth. Testaceus have 8, Mexicanus group have 9. Queen and workers have head width at around 2mm. M. testaceus head width do not exceed 1.85mm.
The queens, however, look nothing like M. mexicanus, and in fact look more like a large off colored M. testaceus.
The workers heads also do not resemble M. mexicanus. They are "orbiculate", as Snelling would describe M. placodops. I've included head shots of both M. mexicanus and these workers below.
At this point I have no idea what these are, and it could be undescribed. This is the only area I have found these queens. I plan on sending specimens to Brian Fisher to have them genetically sequenced. 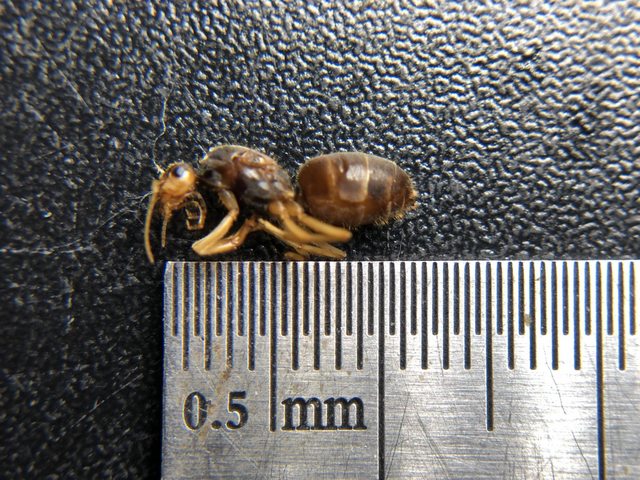 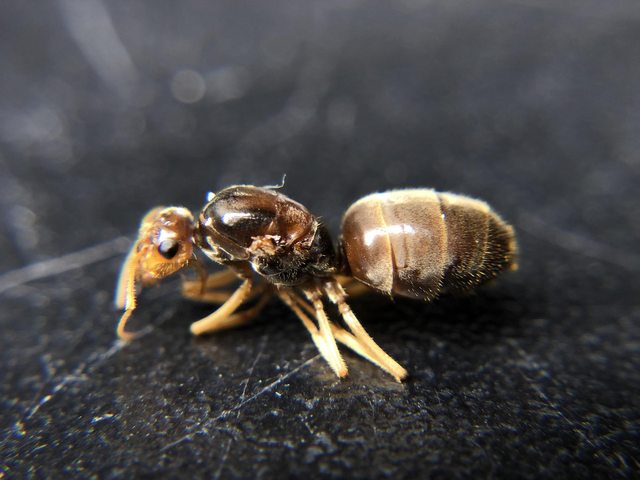 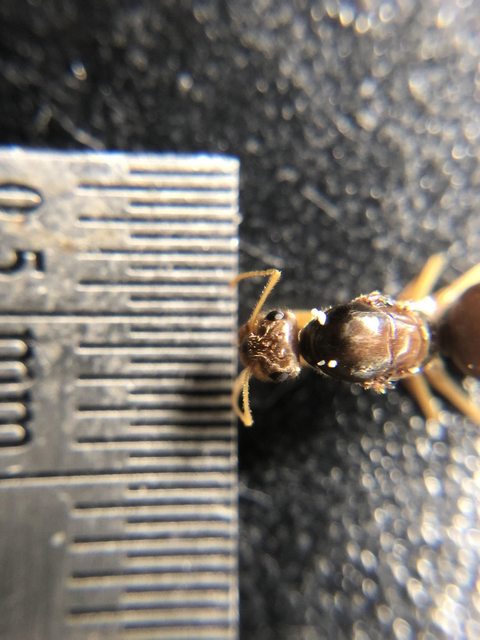 This is a 20mm test tube to give you a sense of size of this queen. 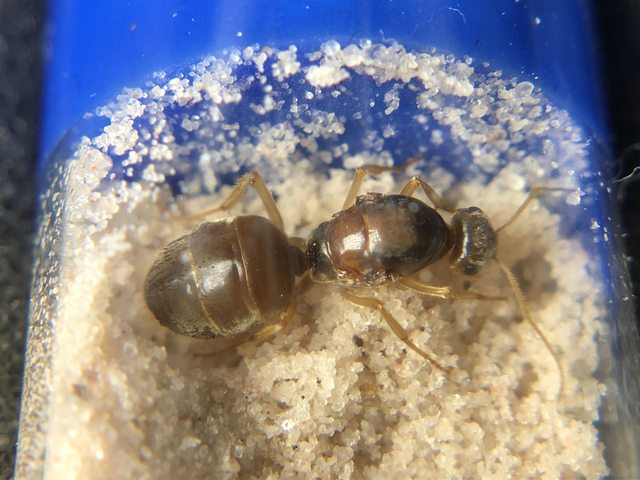 Queen has 9 rows of teeth as do the major workers. 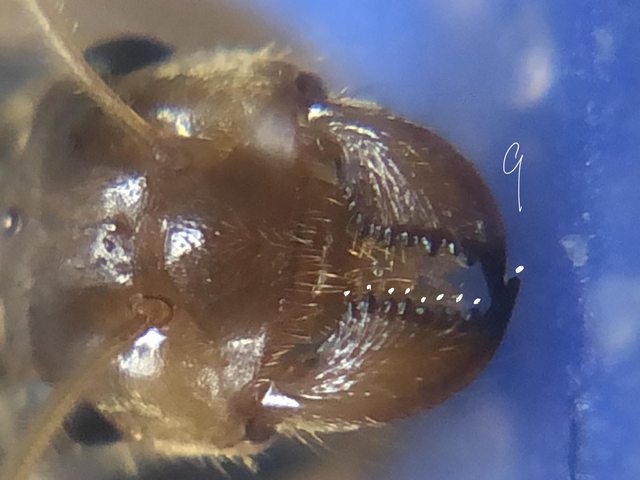 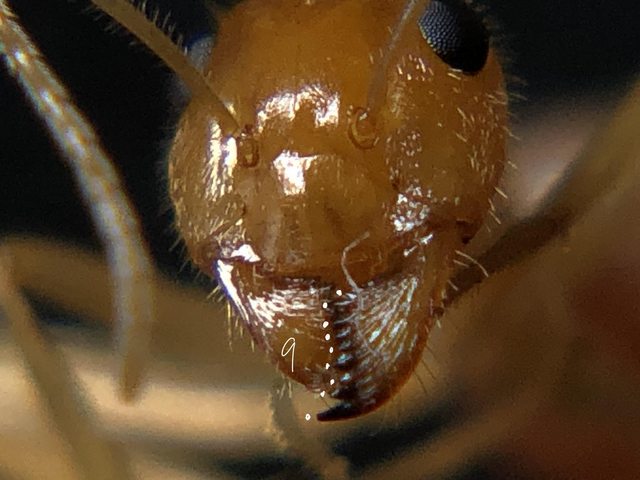 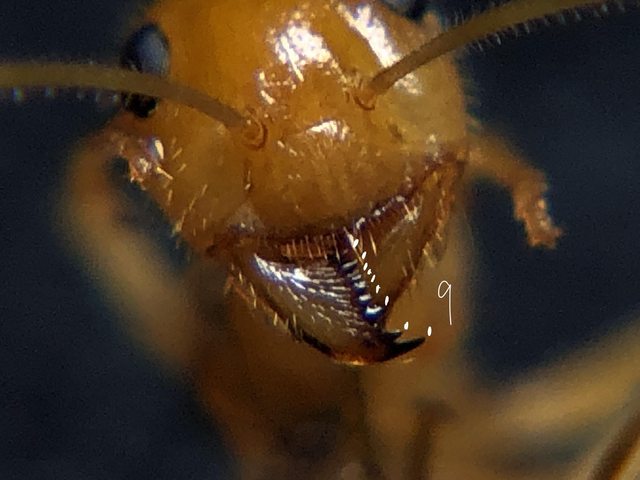 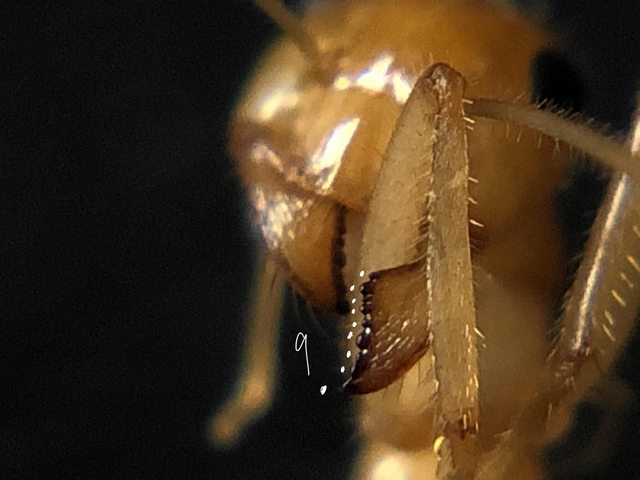 For comparison, here is an M. testaceus queen found in the exact same region in a 20mm wide test tube. 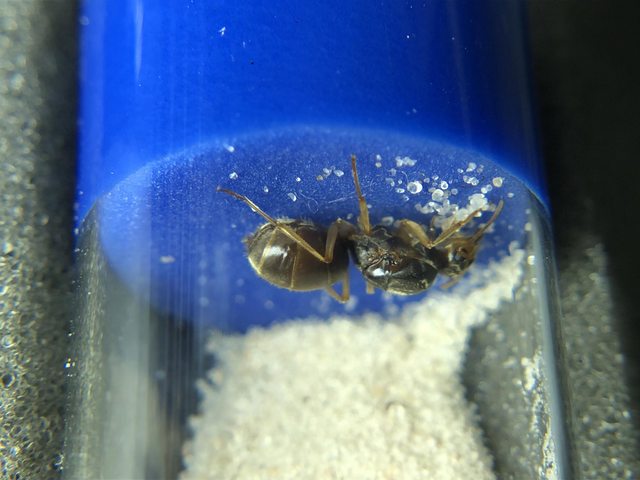 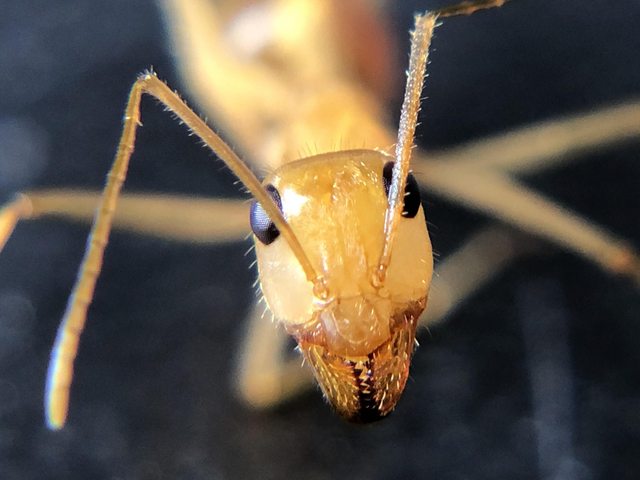 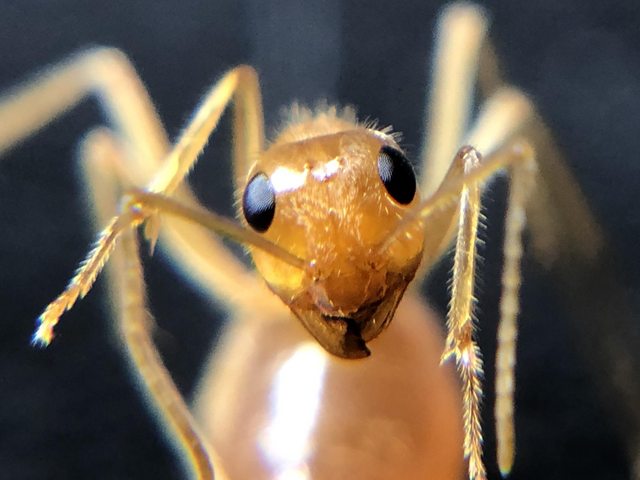 Huh fascinating. How many did you get. I want one. Hehe.

The worker's head shape looks strikingly similar to M. ewarti, however the pilosity doesn't appear to match, not to mention that M. ewarti are not nearly as large as your specimens seem to be. It's a possibility, but it doesn't seem to match perfectly. Good luck with this one, it's very curious.

Can you pin them up and get profile closer face images?

It'll be cool to figure out what these are, hopefully the couple queens TheAntGuy and I found do good. They are very pretty besides them having mites everywhere on them(we picked them off while in the field), luckily they didn't suck them dry like the Myrmecocystus Testaceus we also found.

Keep in mind that the ants do not read the literature. I have found M. testaceus as far out into the desert as Rosamond. That said these appear to be quite hairy. Based on the images provided, in my dads key which admittedly is a bit complex these key out to either M. mexicanus or M. testaceus. A closer idea of where these were found would help with the Id process.

I agree, most definitely Myrmecocystus.

How'd you come to this conclusion? Just curious.


I mean no disrespect. I just so happen to disagree with you.

No its Myrmecocystus, where did you get the idea that it is tapinoma lol

What if it is a hybrid. Just gonna throw that in there. Unlikley but not impossible.

You could try sending an email/tweet to Marek Borowiec -- he recently published a highly relevant paper, though this paper seems to take a purely molecular approach to phylogeny. At a minimum I'm sure he could connect you to an expert who may have an idea from the physical features.

My main takeaway from quickly skimming the paper is that there is a lot of un-described diversity in Myrmecocystus, so it seems highly possible it is indeed an un-described species

Absolutely not a hybrid. An undescribed species is not impossible though.

Absolutely not a hybrid.

What makes you say this?

Absolutely not a hybrid.

What makes you say this?

There probably aren't any features too different from those already present in Myrmecocystus that aren't hybrids, but it is different enough to be an undescribed species within the genus. However, I'm not the scientist here so I am curious as to what he will say.

I suppose I should have not implied a hybrid between Tapinoma and Myrmecocystus. It is not impossible I suppose for it to be a hybrid between two Myrmecocystus species though. However ant hybrids are quite rare and none are known for this genus. Keep in mind I did not say  it was an undescribed species, but rather that it is not impossible for it to be one. However the genus is fairly well known in California and as a result I am leaning towards this being a known species which is poorly known. Again a more precise location would help.