54 replies to this topic

Pretty sure this is Camponotus yogi, but want to log this find as well as get confirmation from others.

6. Distinguishing characteristics: A face only a mother could love, pitted, looks like it has been run over by tire tracks or doused with acid. Also has a dented gaster

It's been an unusually warm Winter here in Los Angeles. Decided to check the local foothills at Chaney trail to see what may have flown. Got there around 7:20, but they closed the gates at 8pm, so didn't stay long.

Found her the first ten minutes of getting out of the truck, which was surprising. Didn't expect to find anything, really. Initially thought it C. clarithorax. Found tons of C. clarithorax in the very same spot last year, so didn't think much of it.

When I got home, took a closer look with the macro and to my surprise it looks to be Camponotus yogi.

This was a cool find. This species is apparently rare, with only a three specimens on Antweb. There's not a whole lot of information about them. Drew told me he found one in September a few years back, so it's odd as to why this one is out so early. I am going back to Chaney tonight to look for more.

Here's a paper on them by Gordon's dad:

yeah! this winter has been warm! not complaining, its amazing, and hopefully my LCM tubes come in asap so i can go hunting.

Yeah, weird that it's out so early, but nice find! I found a tiny queen, only about two or three mm in December this year as well, but it died a day later.

Of course. Just ordered a 25x macro clipon from Amazon ($20!) which will allow closer, clearer shots without using digital zoom. Currently using a 12.5x macro which isn't good enough for smaller ants or headshots. Comes in on Thursday.

It is an interesting find, I look forward to seeing additional images.

Lots of camponotus look super familiar if you ask me

President & founder of LHS Entomology Club, (available on discord) Check out my photography website! https://www.armyofinsects.com/ Email me with questions

at jk@uglyorangetruck.com (funny email, I know)

The similarity you mention is definitely an issue with this totally confusing genus. 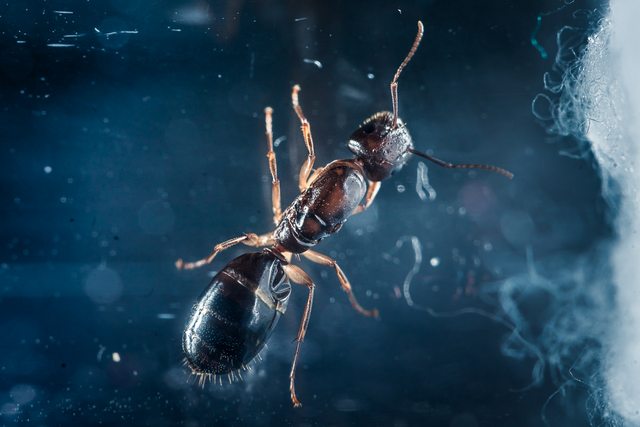 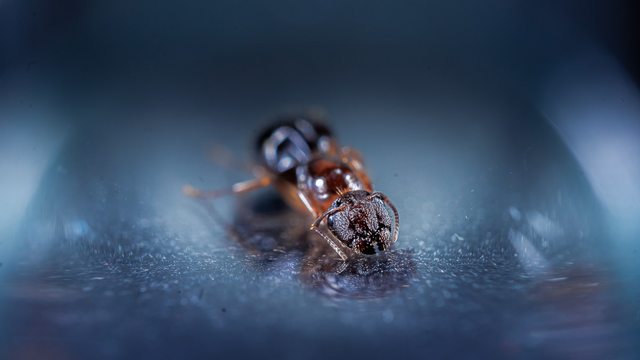 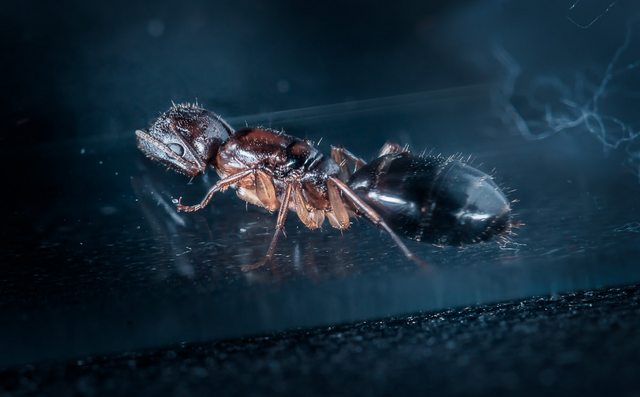 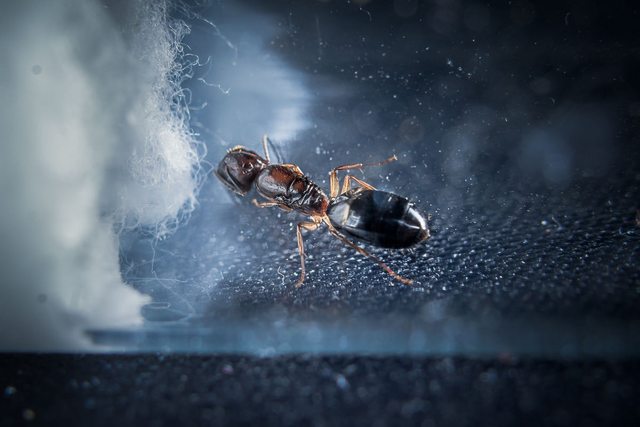 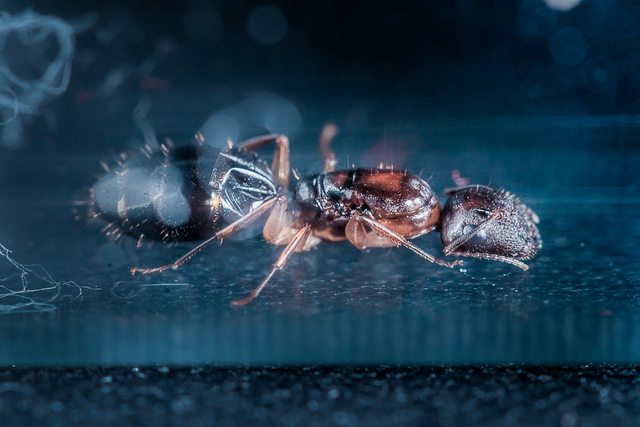 Absolutely Gordon. Hoping she does well (that dented gaster is hard to look at), but if she doesn't make it, her body will go to a good cause.

That's my first observation. Check for mistakes or if it requires editing. Put a checkmark in "captive" - hope they do not frown on me.

So, I'm assuming you'll have to get some pic-a-nic baskets for this one?

Awww yissss. Finally came in. Been waiting for this since last week. Going to do some heavily stacked hi rez closeup headshots of Mrs. Yogi. Or at least try to. Hard to do when she's moving.

We have a 100mm Canon macro attached via adapter to a 42mp Sony A7rII with not one but two extension tubes as well as a 10x macro filter thread. DOF will be super shallow, even at f8, so going to stack tons and tons of shots together to get one thick wall of focus. Total Frankenstein setup. Let's see if it works. 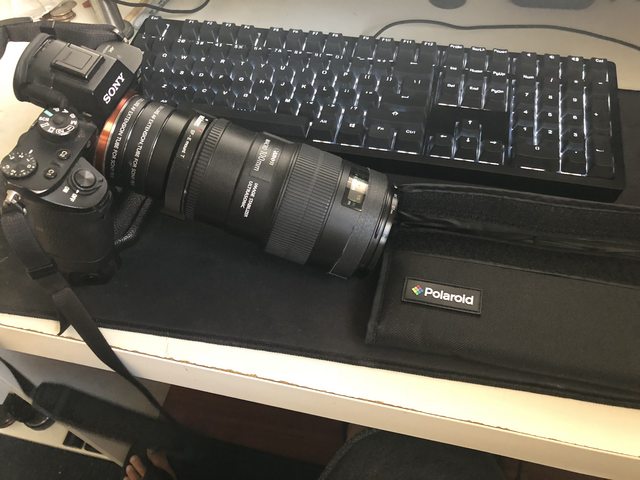 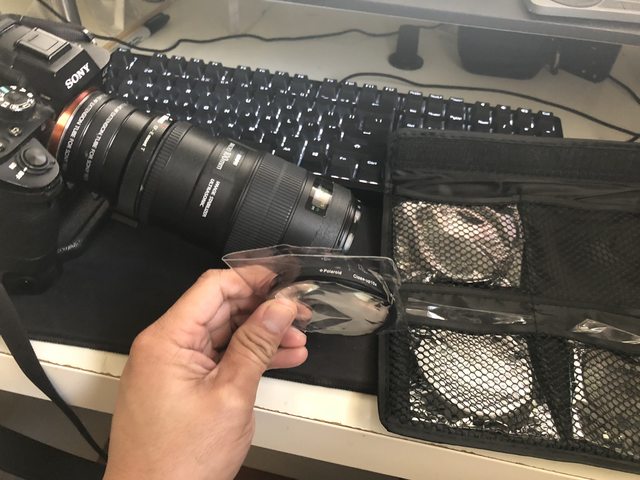 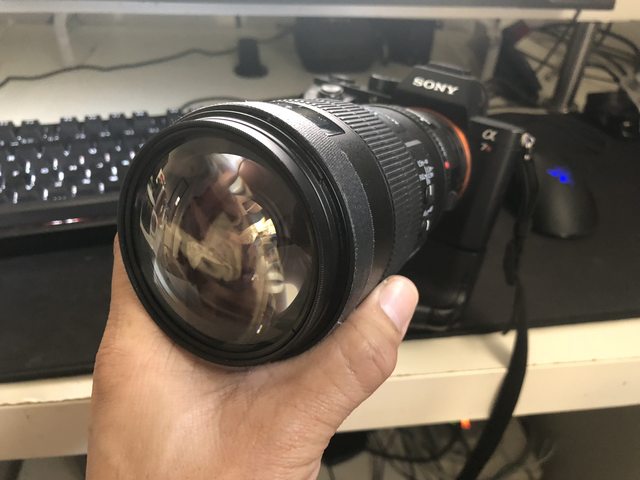 Nice @nurbs! Looking forward to the images. Btw, do you think if I went down there I could find some also? Or do you think they are done for the time being?

> Ant Keeping Wiki is back up! Currently being migrated from old wiki.

Just noticed this species looks like a mix between Camponotus and Colobopsis, with the slightly flattened face with little pores on them. Do the major workers also have the same characteristics as the queen? For all I know Colobopsis evolved from the larger Camponotus but that's about it. Any reason to why that is, more specifically convergent evolution or does C. yogi represents a part of the lineage that led to Colobopsis?