2 weeks ago I received a Pheidole Californica from Vern with 100 workers and about 5-7 queens. They are being housed in a mini hearth and are doing great!

I would love to see a picture!

When they came in a test tube, they had no brood and 5 queens. I am not a fan of paying for 7 queens when there were only 5. There is a pretty large difference. Yes I checked the dead pile.

But everything aside, they are doing very well. Obviously because they came with no brood it looks like way more have been dying, which is true. About 30 ants have died but they are making a huge comeback because the queens have been producing a lot and most of the first batch of eggs that they laid have woken up from their pupae leaving them back at around 120 workers.

Also I found a pet store called Super Pets in Orange and they sell crickets for 5 cents. Quite the bargain. Especially because I've been buying them for 17 cents at PetSmart. So I have been able to feed my ants more, and not have to make sure I don't run out of feeder insects.

Watching these guys eat is so cool because they are so strong. That is... for being that small. They only need a few ants to carry a crushed cricket into the nesting part of the Mini Hearth. 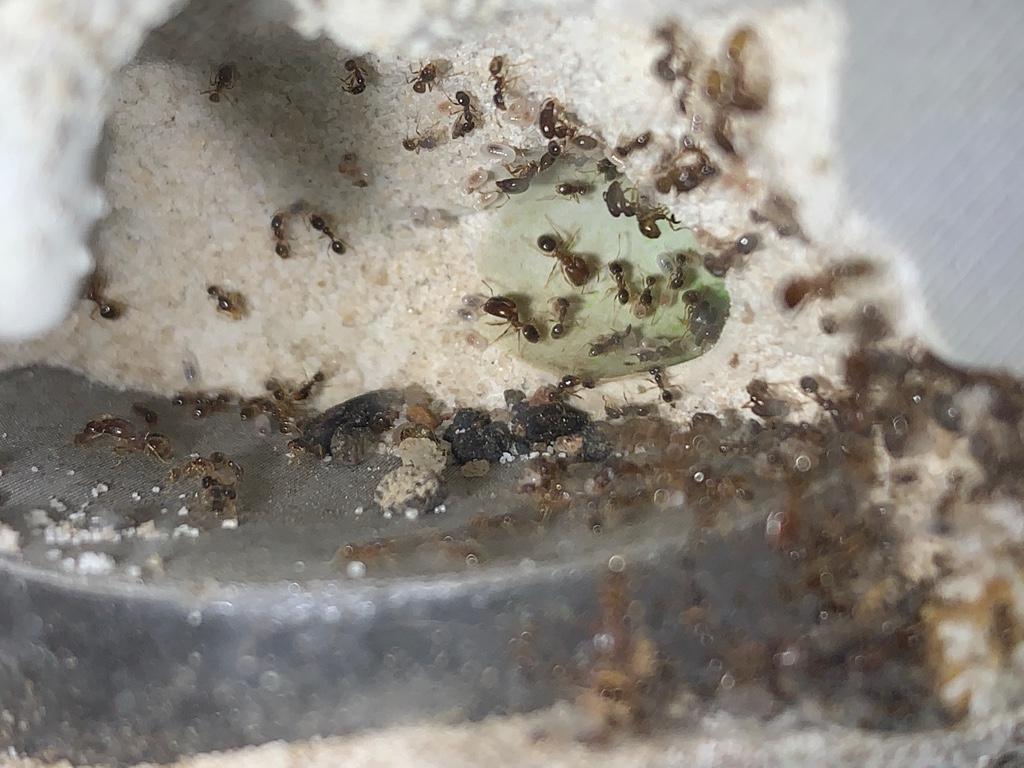 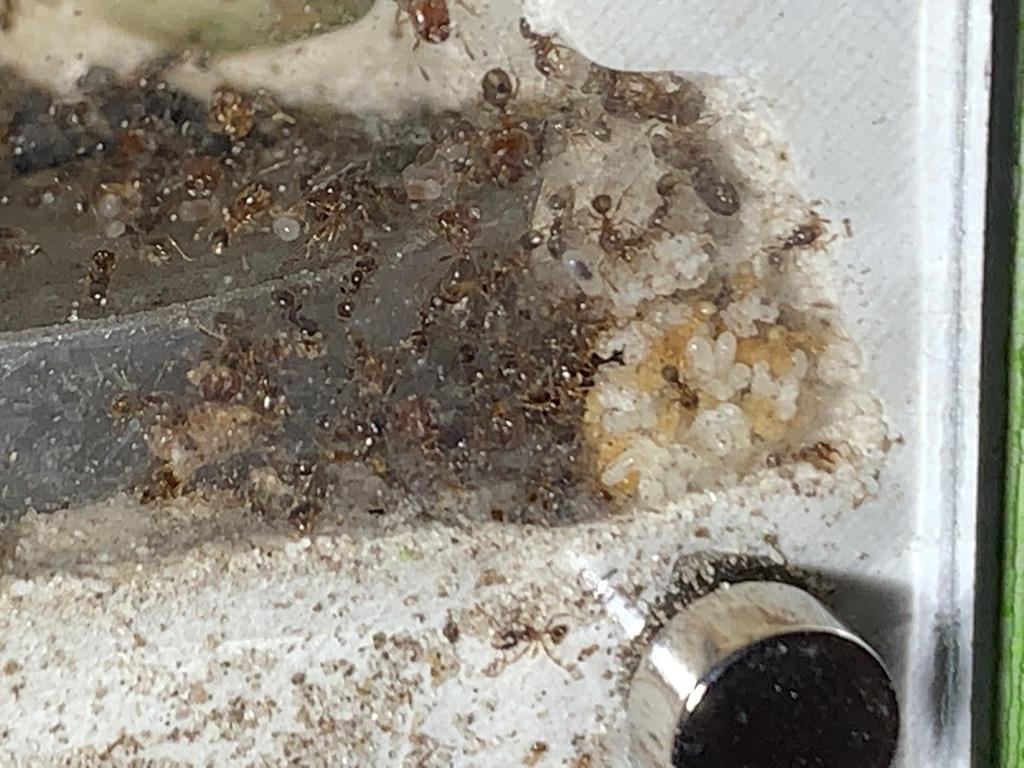 This was the best photo I could get of the brood pile.

So this colony has stopped decreasing in numbers and started gaining workers faster than they die which is good. Still at around 100 workers and 5 queens 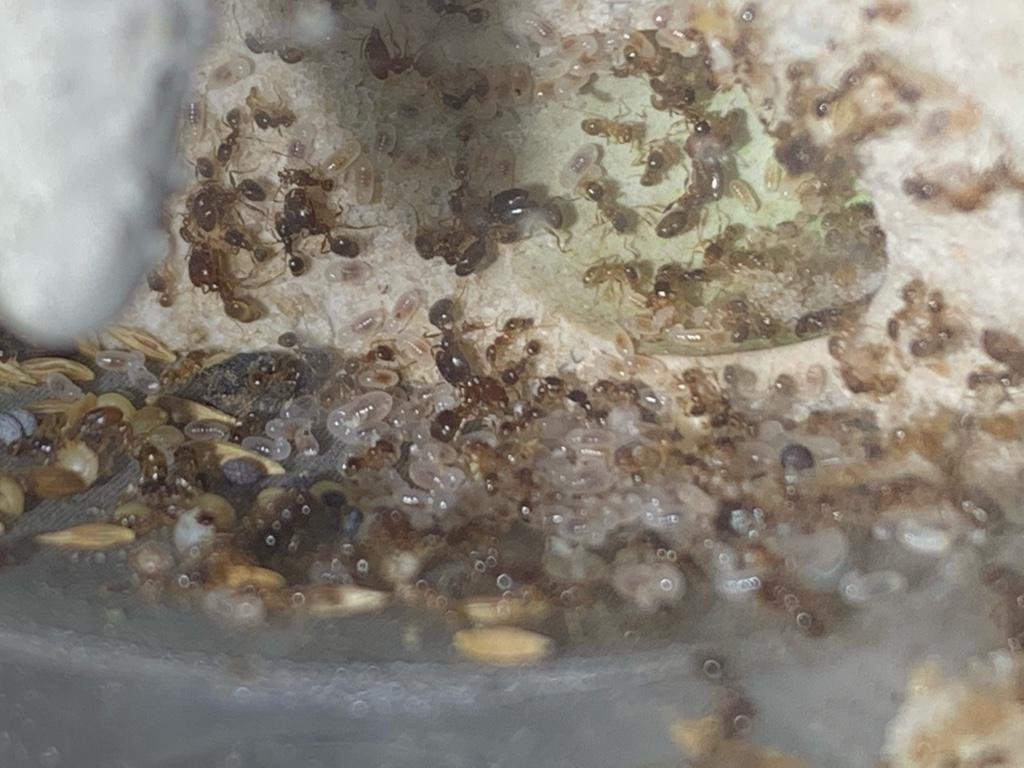 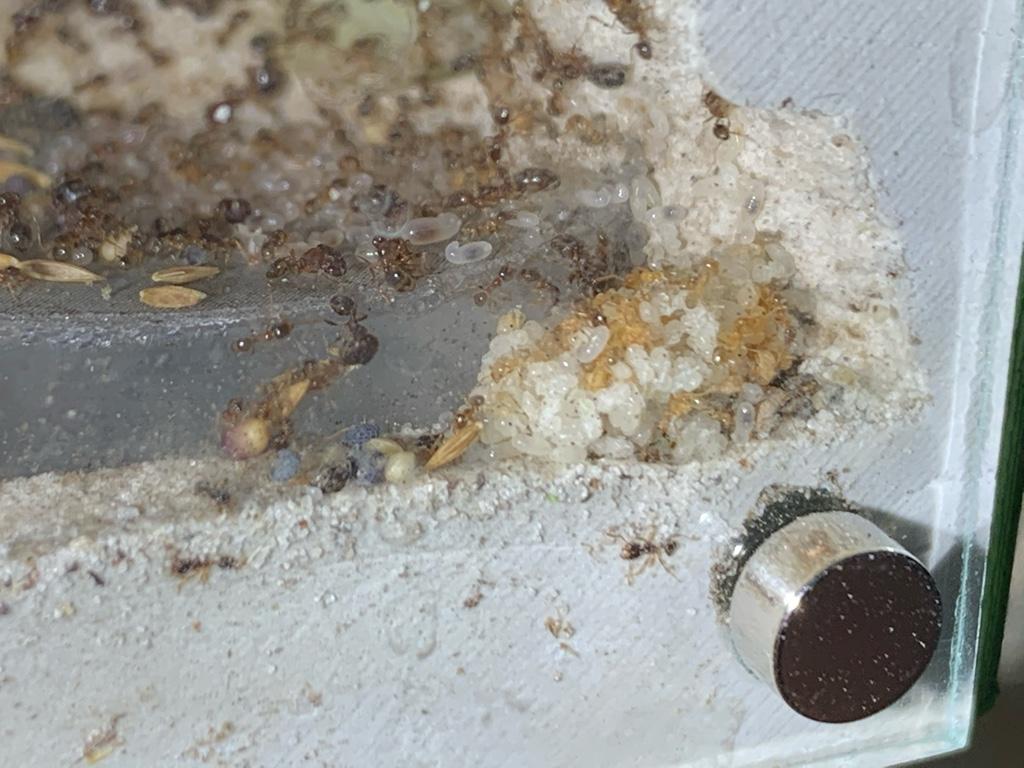 This colony has had the biggest population spike I've ever seen. All of the brood you saw in the last photo has eclosed so this colony is around 200 workers.

Also tagged with one or more of these keywords: pheidole, big headed ant