55 replies to this topic

Oops over a month since my last update.

This colony is getting too big too fast. i guess this is a good problem..

I added a second THA fortress and connected the colonies from the outworlds via vinyl tubing.

By day 2 they had already moved in. The queen is still in her original fortress nest. 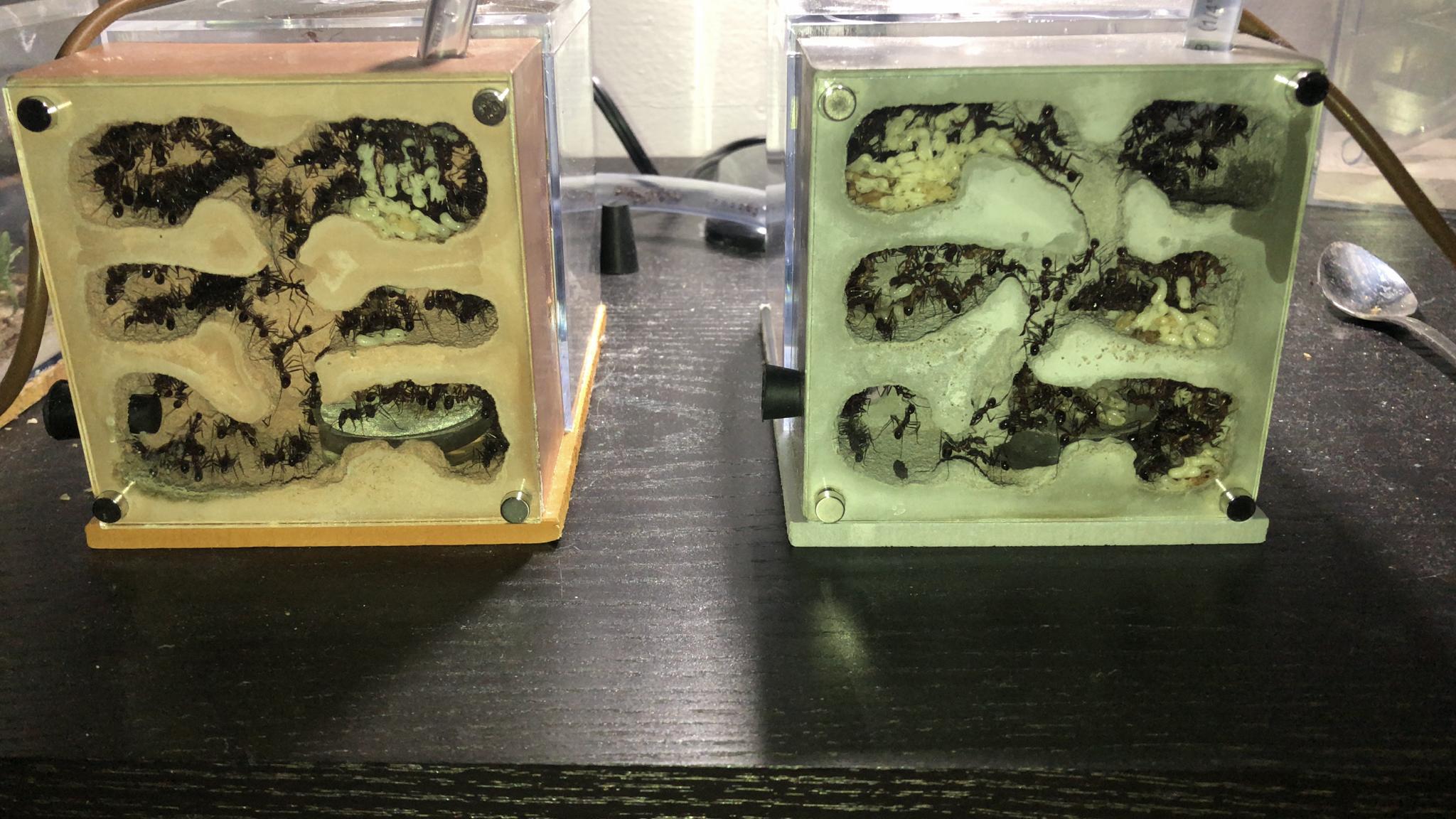 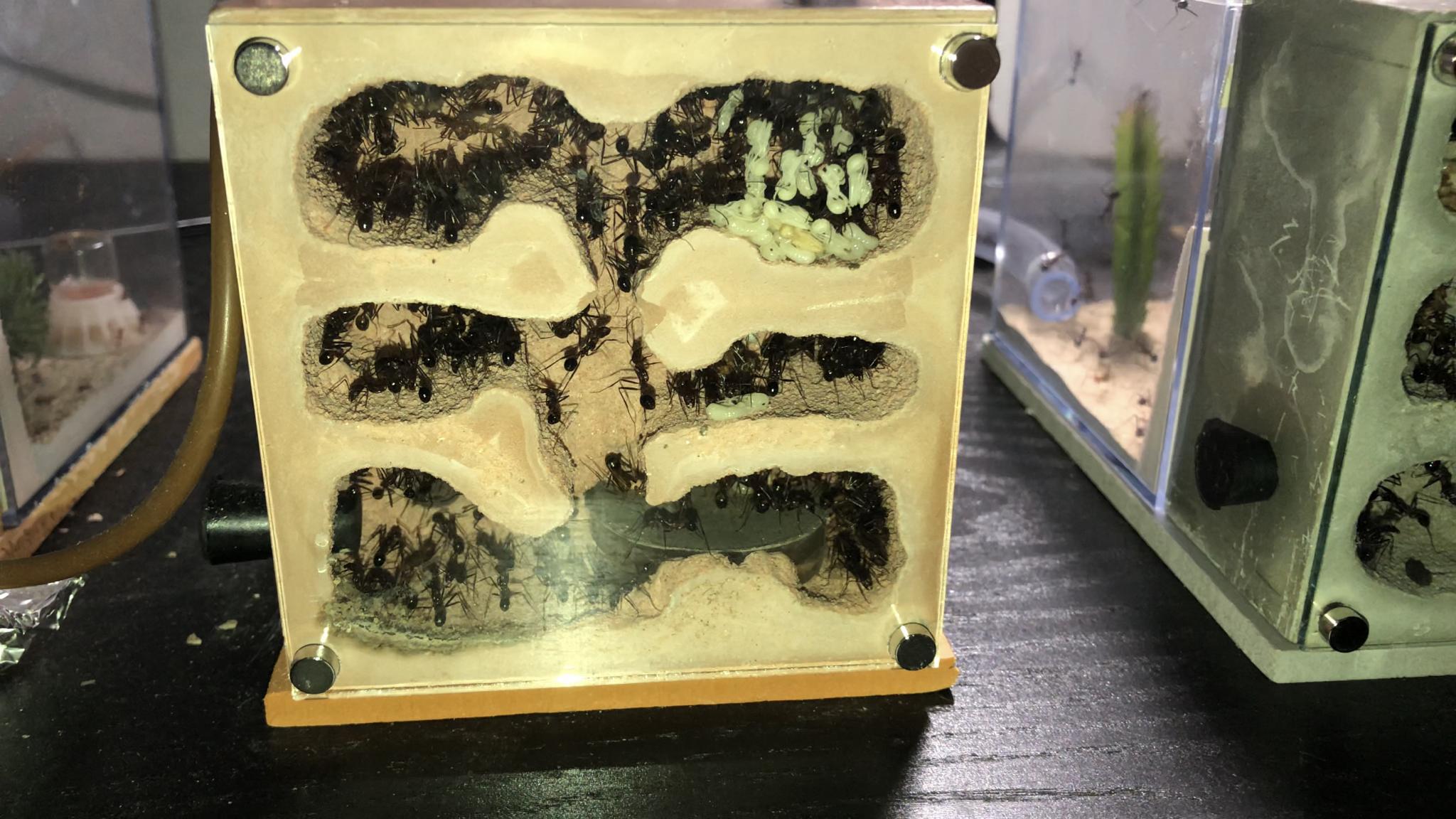 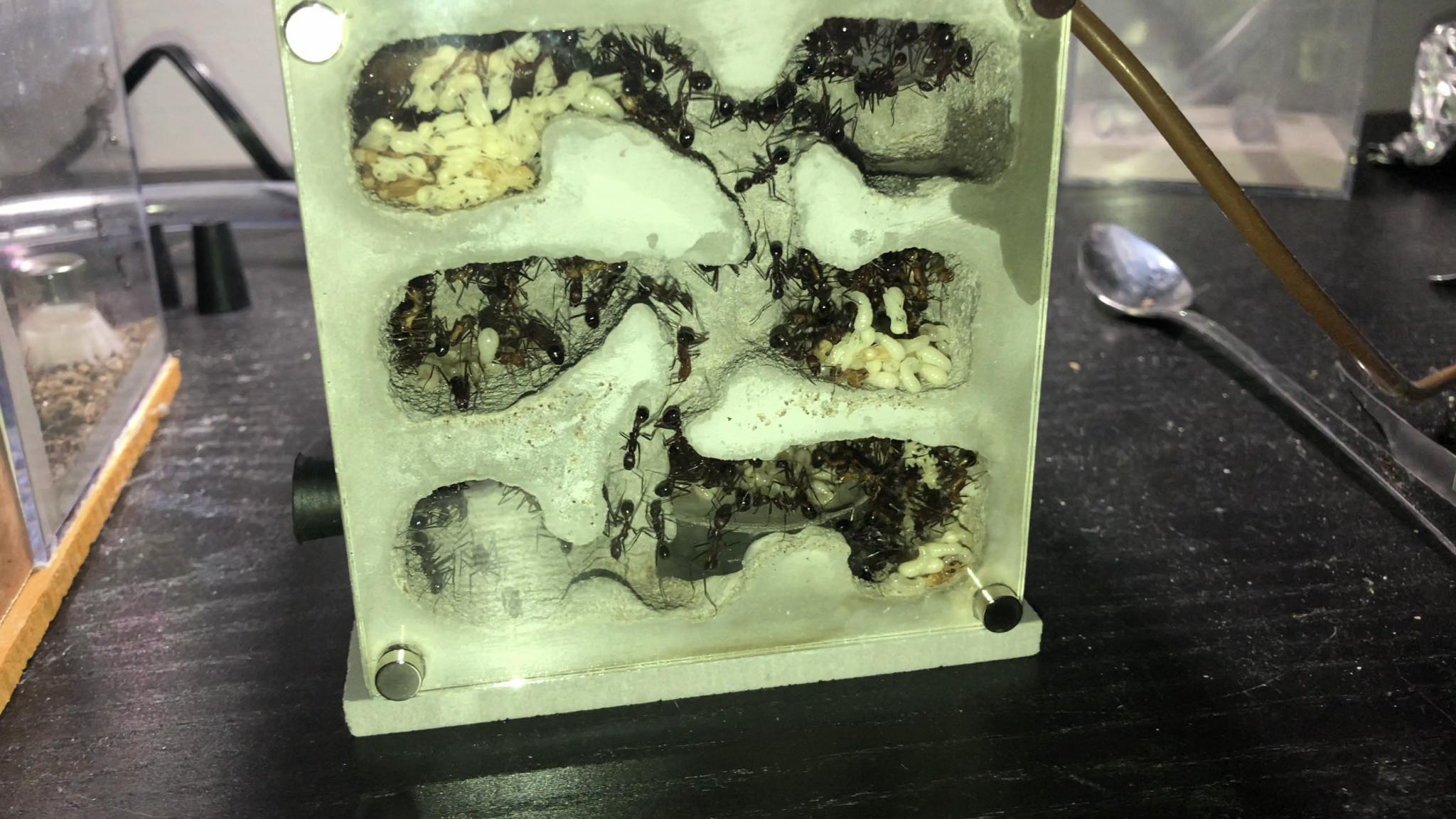 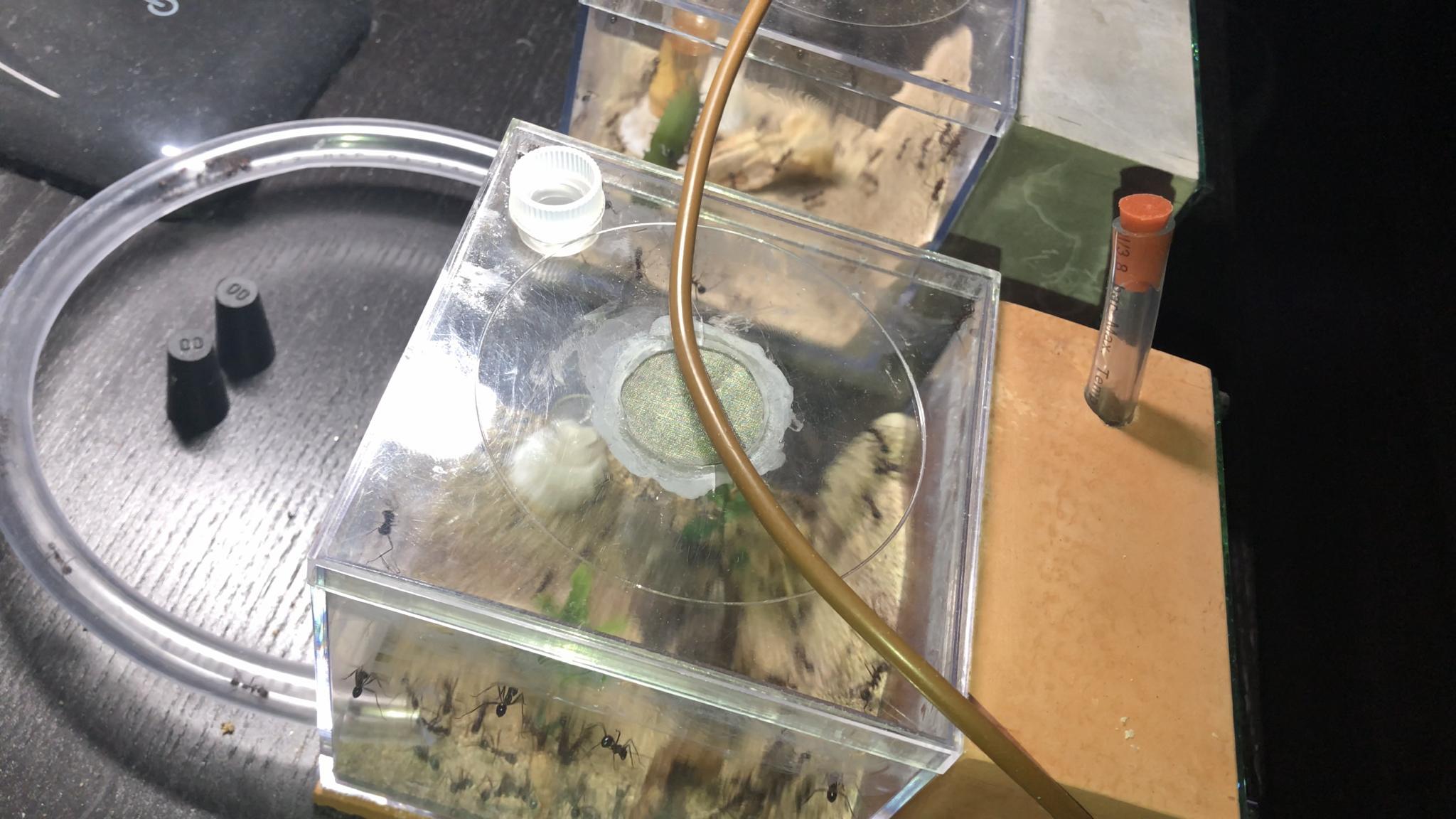 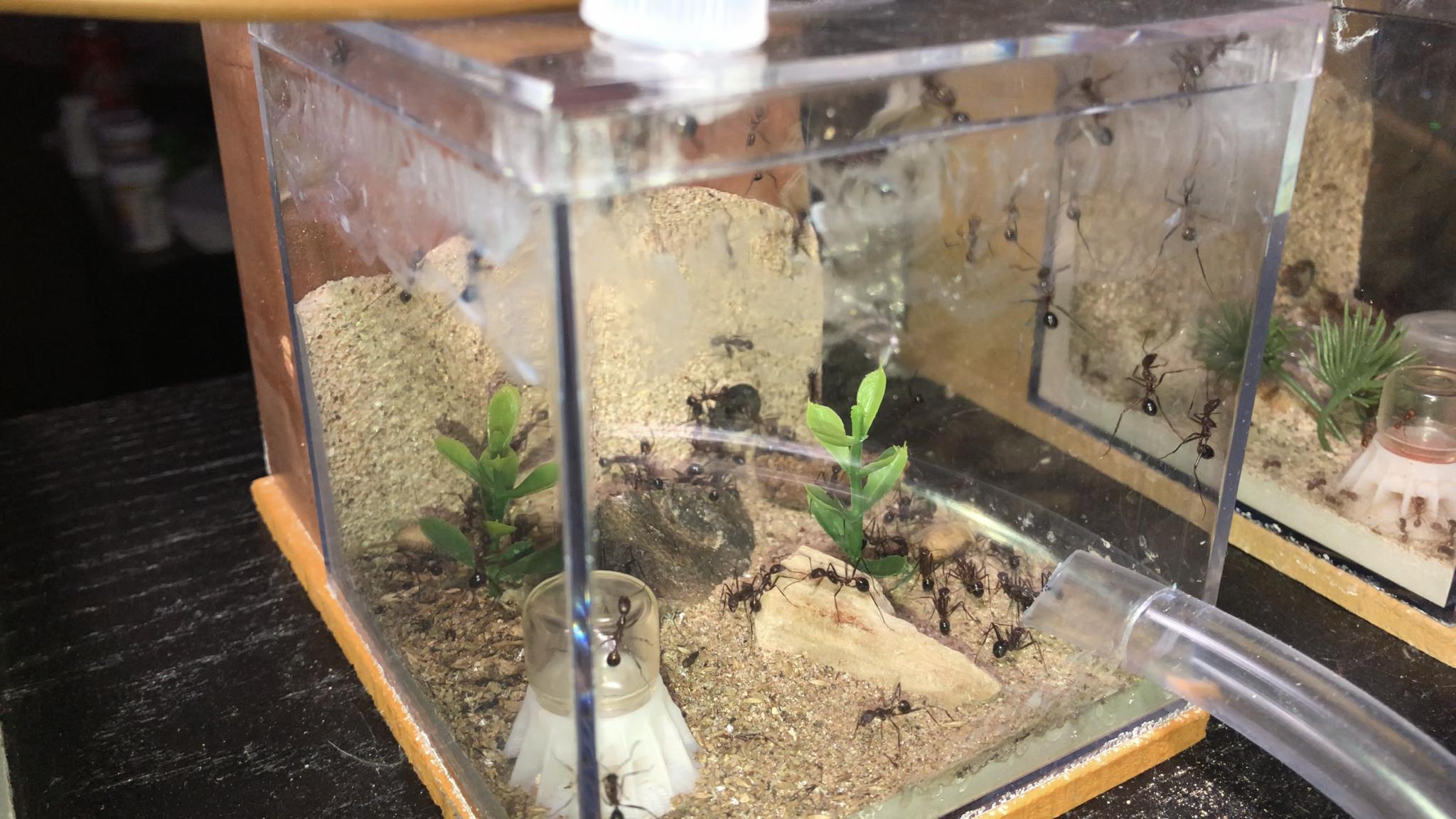 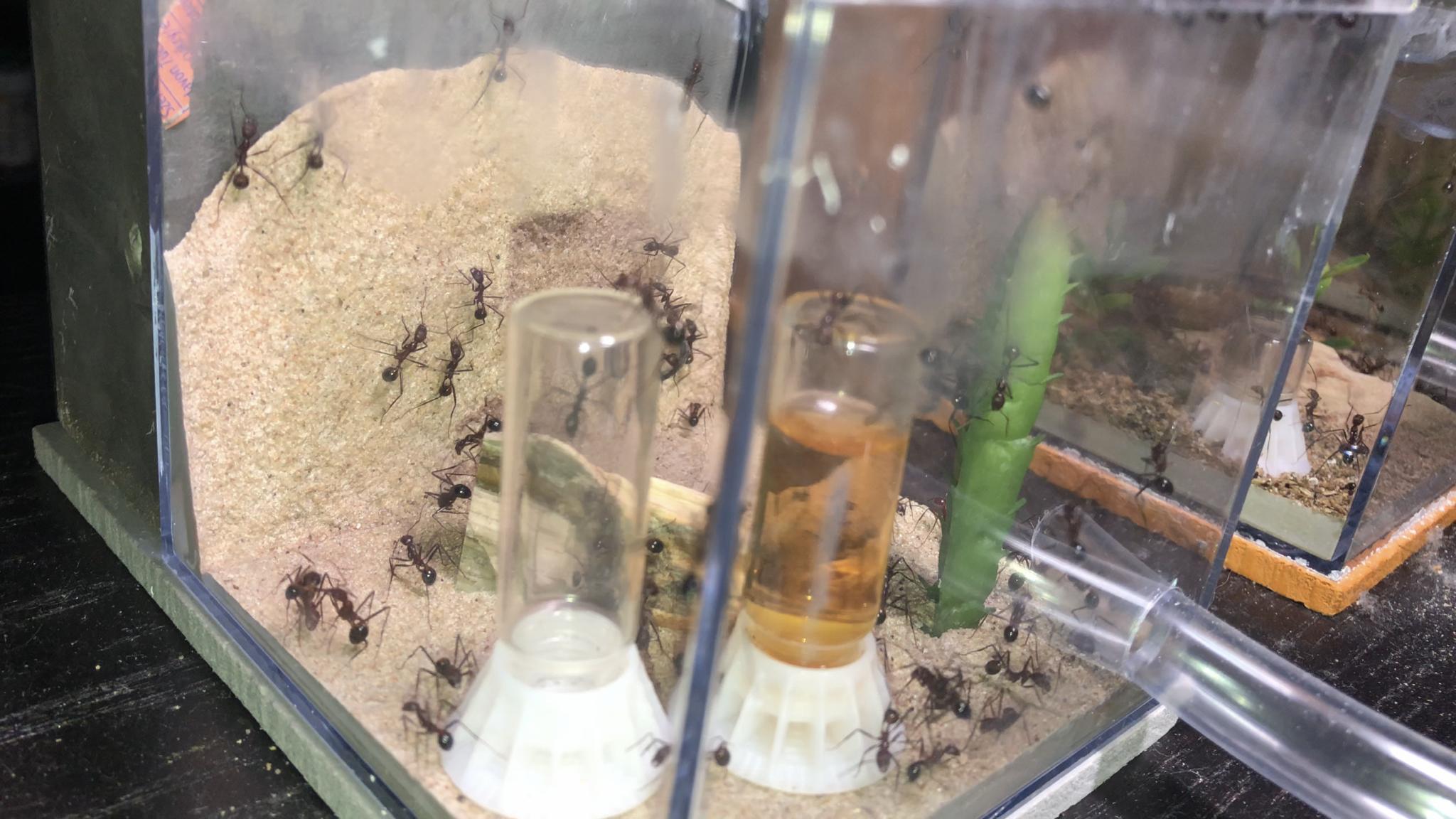 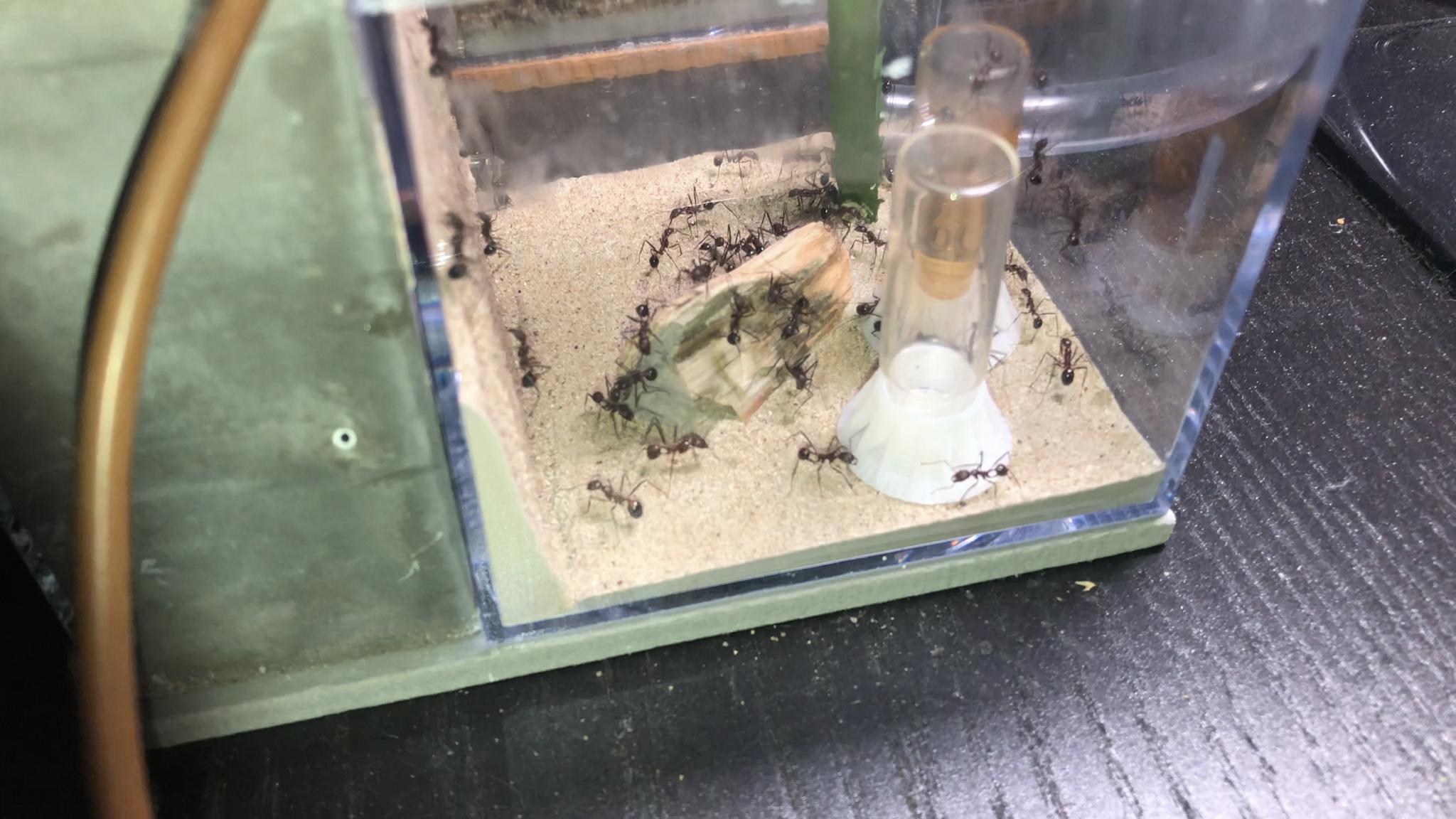 amazing journal you have and really nice job keeping these guys. They're so leggy! they're like a pile of legs.

Yes. California ants are cool. I live in CA and I’m still finding knew and different species. The list is endless!!


The maximum colony size? Pretty sure that’s what anttics was referring to and not the amount of workers in KB’s colony currently.

haha thanks for looking forward to my updates. sorry for taking so long. but here you go!

So for black friday i bought a nucleus III from tar heel ants, and it came broken. the bottom of the nest on one side was shattered and part of the glass too.

I contacted Mack from tar heel ants and after the USPS investigation for the damaged box was over, he sent me another nucelus III. It is on the way as i type this.

This whole time my cockerelli were getting restless and too crowded for the double THA fortress i had provided. I decided to head over to target and buy some loctite super glue gel to try and fix the nest myself. After a few hours, lots of glue and lots of sanding, I was able to fix it. I waited 1 day and I moved the entire nest over. I drilled a second hole in the side of one of the fortress outworlds and connected it to the repaired nucleus. I removed the heat and added it to the nucleus, and also exposed the fortress to light so they would be prompted to move over. the next day the majority of the nest had moved over including all the brood and the queen. however MANY were still in the other two nests. I am impatient so i grabbed some lightweight forceps and grabbed them one by one and tossed them into the nucleus outworld. haha they are strong ants, can really hold onto the forceps and sometimes even hold the two sides of the forceps closed and i tried to open them but luckily are not easy to kill. they are very hardy and stiff ants, not easy to squish. the old fluon barrier was compromised long ago so they were climbing to the top and they climb FAST!  I maybe lost 3-4 ants during this move.

They have been in their new nest for a few days now and have much better space. the damaged side is on the back and i think i did a great job but was too lazy to flip around to take pics.

Here is ONE side of this double sided nucleus nest. also I'm pretty sure this is the biggest novomessor colony on the forums. lets see how big they get!

the queen is alive somewhere, there is always lots of brood, always new callow workers, and almost never see dead workers. These guys are neat and store their trash in one corner of the outworld. I feed whole crickets once or twice a week, like 2 or 3 at a time. also sunflower seeds sometimes.

let me know if anyone has questions, enjoy! 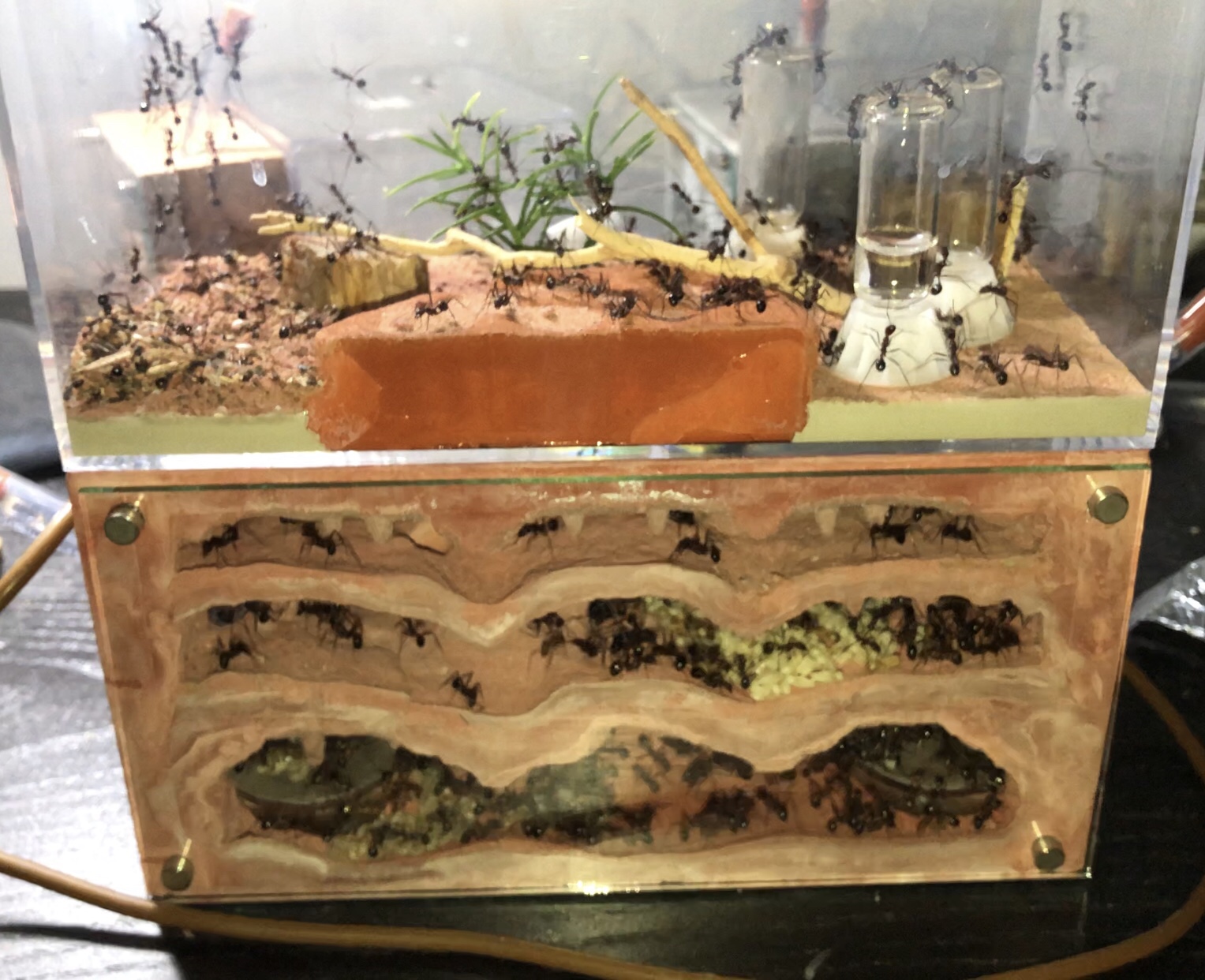 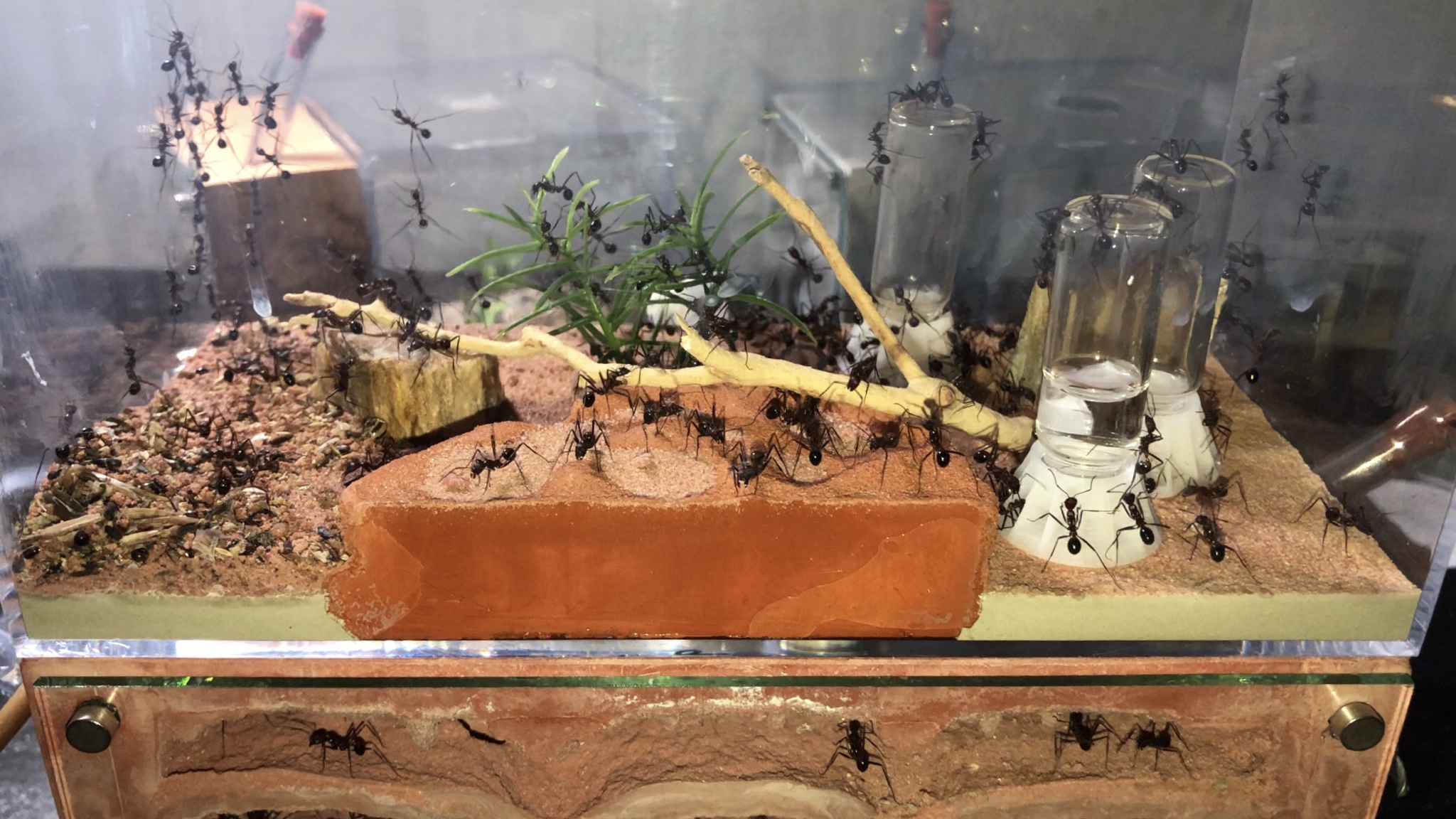 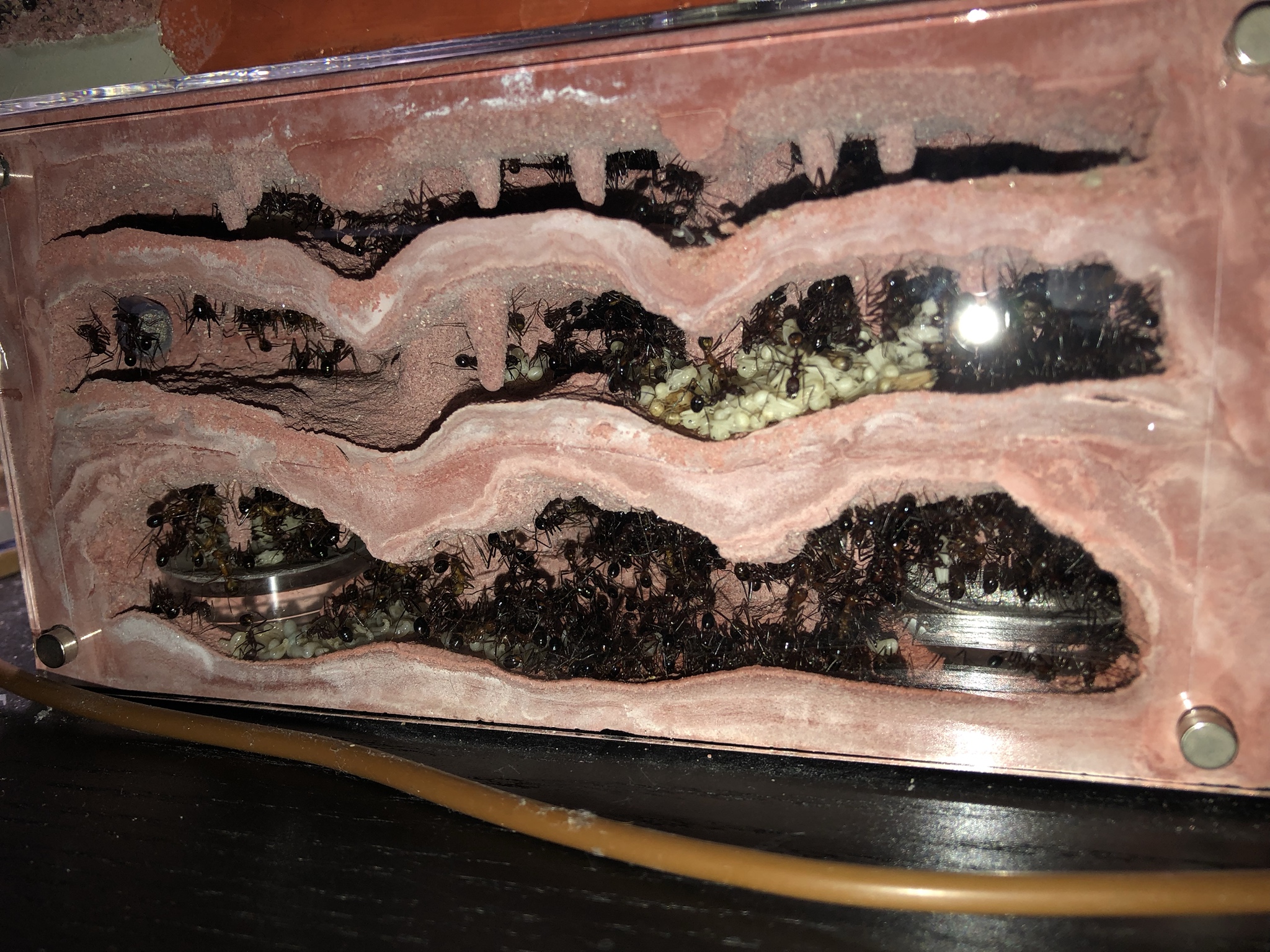 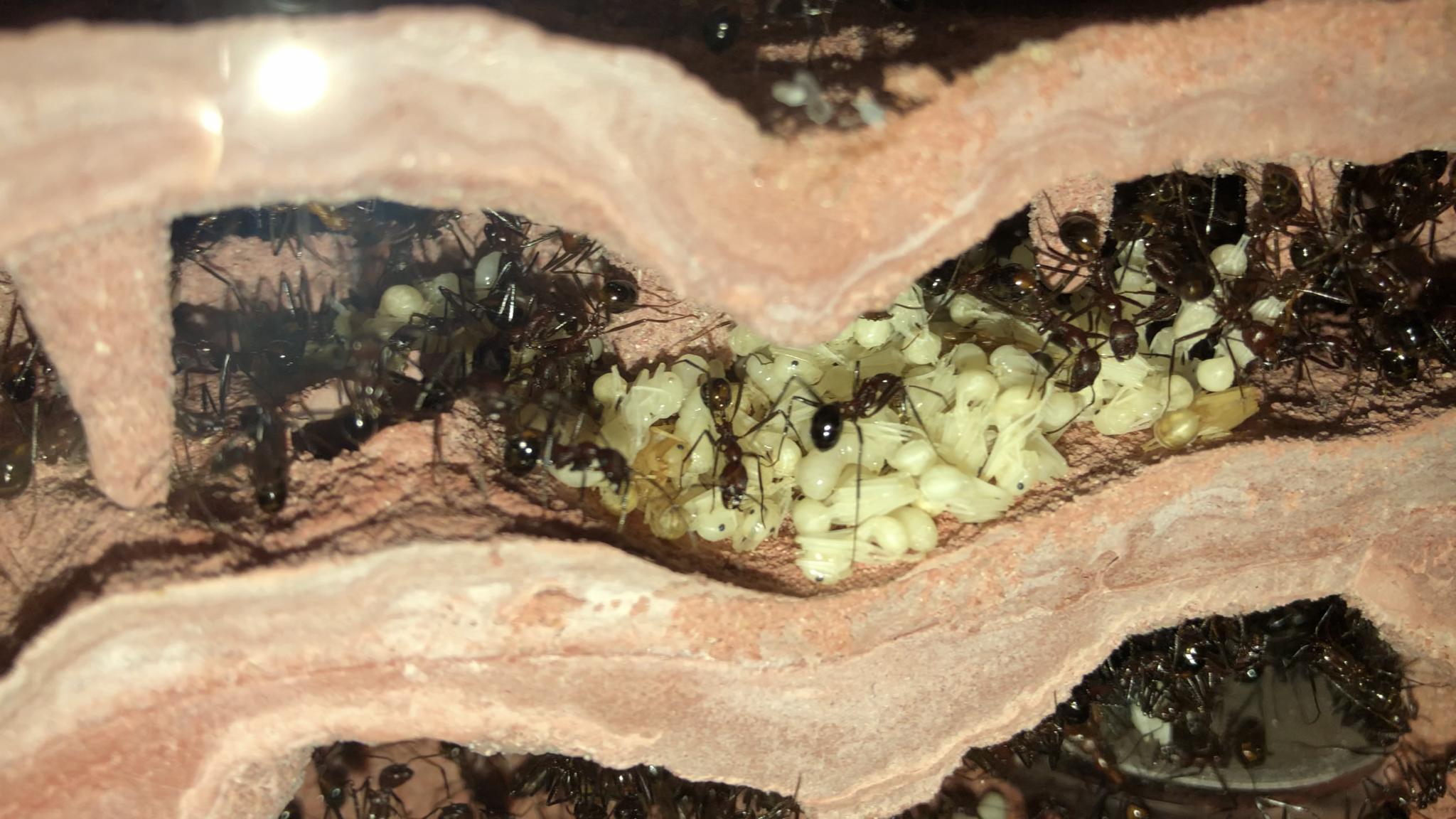 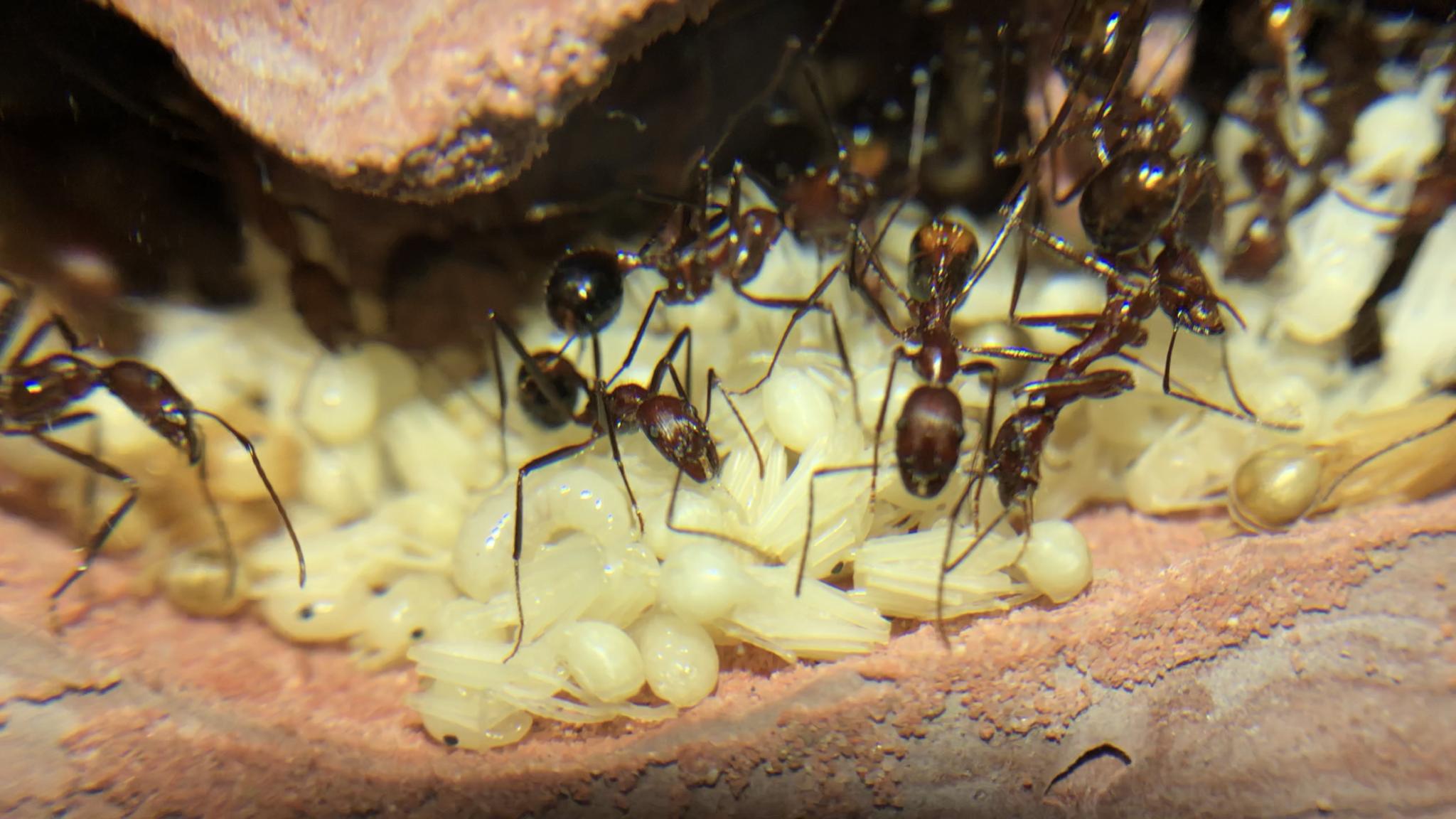 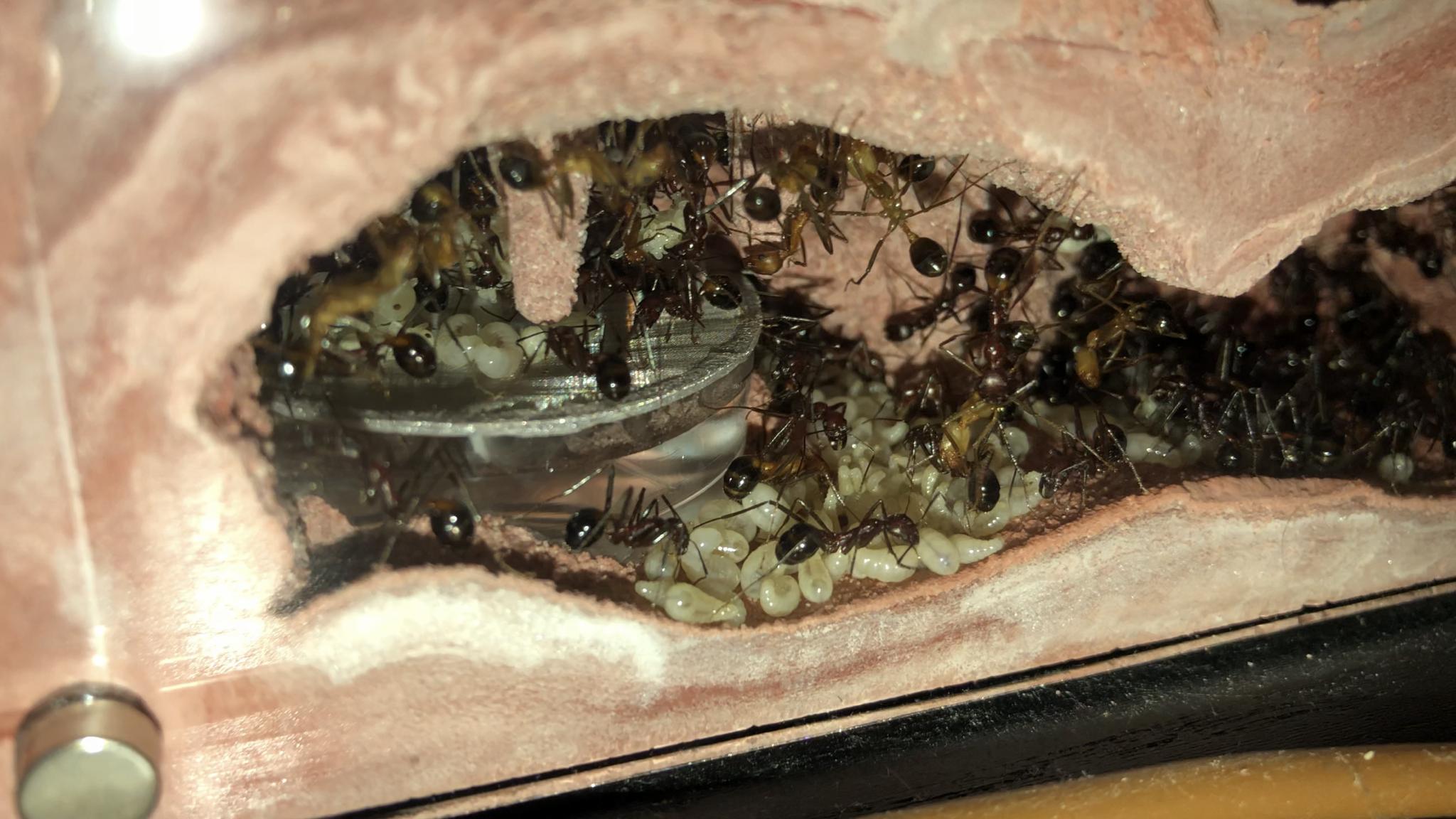 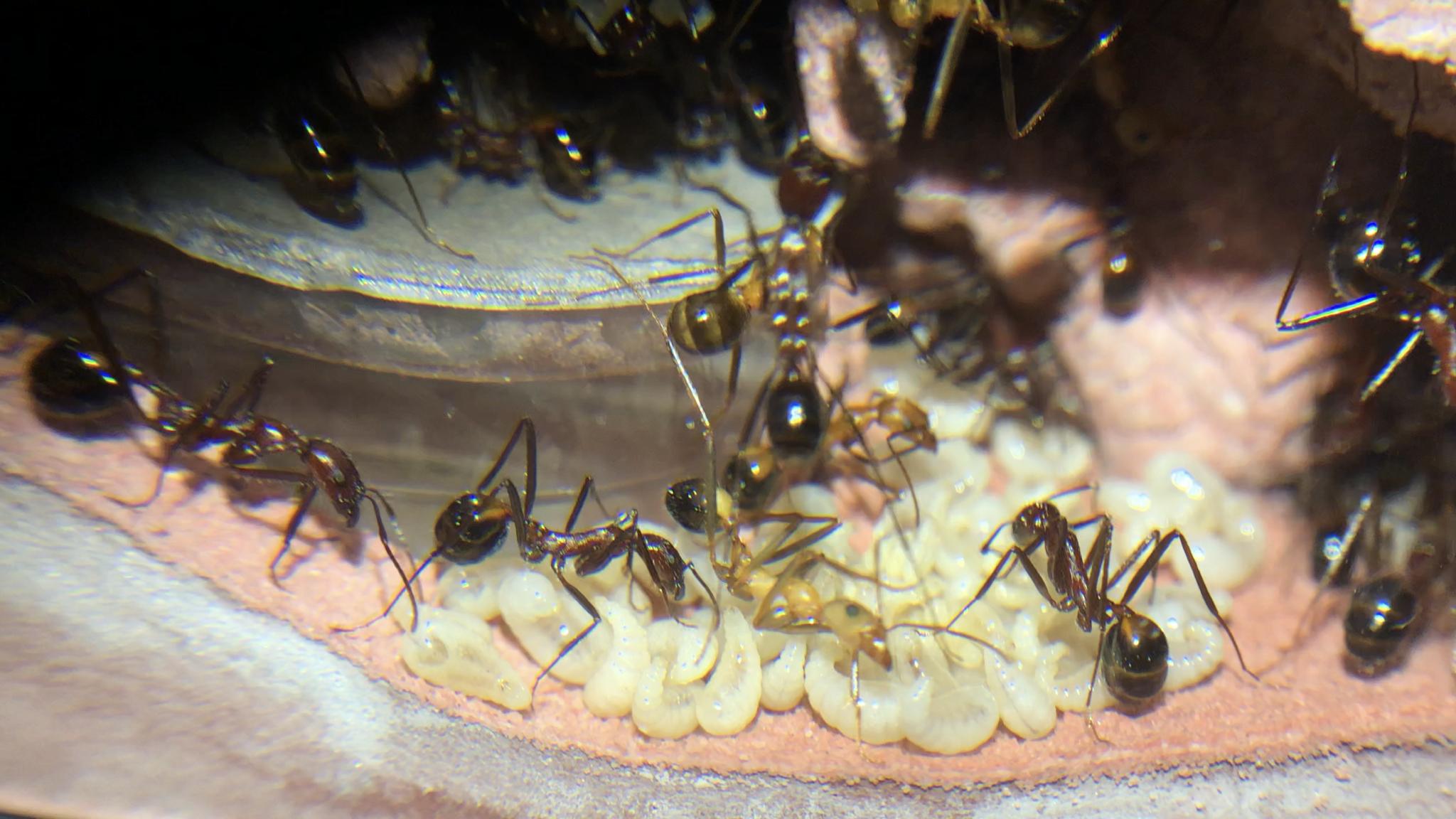 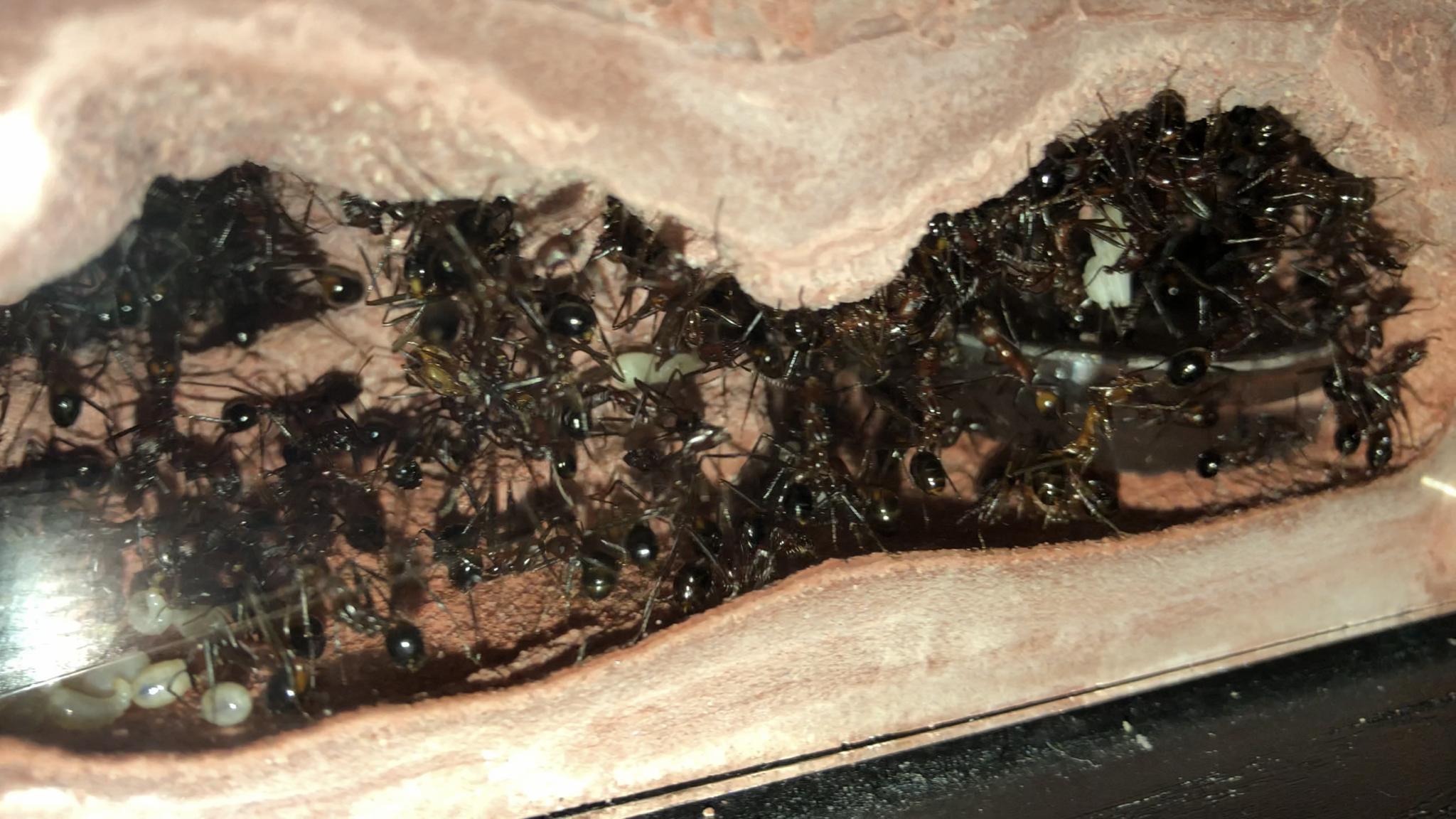 This is so awesome, look at how happy they all look in their new home! You've really done an exceptional job raising this colony. They look so healthy and robust.

Dude what do you feed them to grow so quick. I'm at 55 workers. With 30 pupa, and 40 larva. There are 3 egg balls. I hope they explode. I have bought a large aquarium for them or the fragilis colony depending who need space right away. Your colony is by far the largest of novos

They do well in THA nests. He got his this summer with just 12 workers in a pencil case formicarium but he then transferred them over to right after I think.

Dude what do you feed them to grow so quick. I'm at 55 workers. With 30 pupa, and 40 larva. There are 3 egg balls. I hope they explode. I have bought a large aquarium for them or the fragilis colony depending who need space right away. Your colony is by far the largest of novos

Yes I think a THA nest makes a huge difference as well!


And how does one certify said cocks exactly?

Finally, KB has updated this. I love this journal, because I have a colony (as said before) and I have read this journal about 4 times. A small colony to one of the biggest. Ah, the life of ants....

Yes of course.... only 7ish months. It’s not that much

Also tagged with one or more of these keywords: novomessor, cockerelli, journal