Preface/acknowledgement of key validity and flaws: 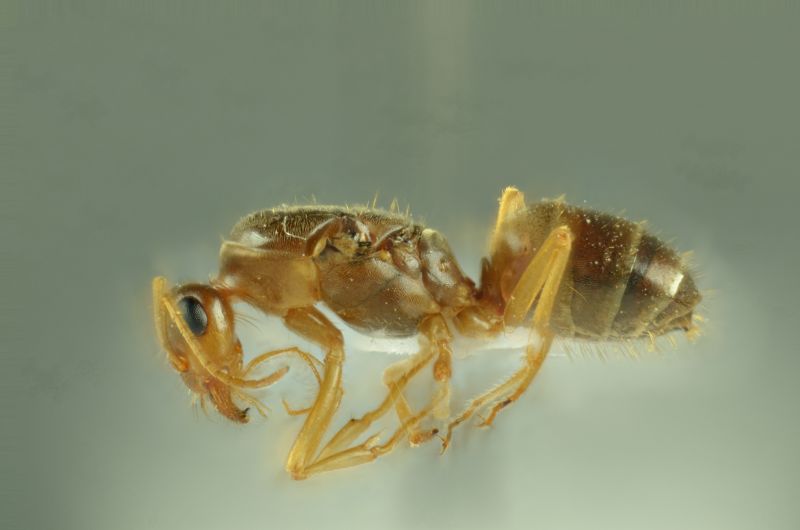 Unfortunately I am not able to get a more zoomed in photo, but when viewing figure 1a the fifth segment of the maxillary palp is broadest in the middle which narrows both basally and apically. In reference to figure 1b, the hind femora shows no erect hairs on the dorsal surface. Using the same figure, the hind tibia lacks any fully erect hairs. This negates the option of couplet 5 and moves this to couplet 2. 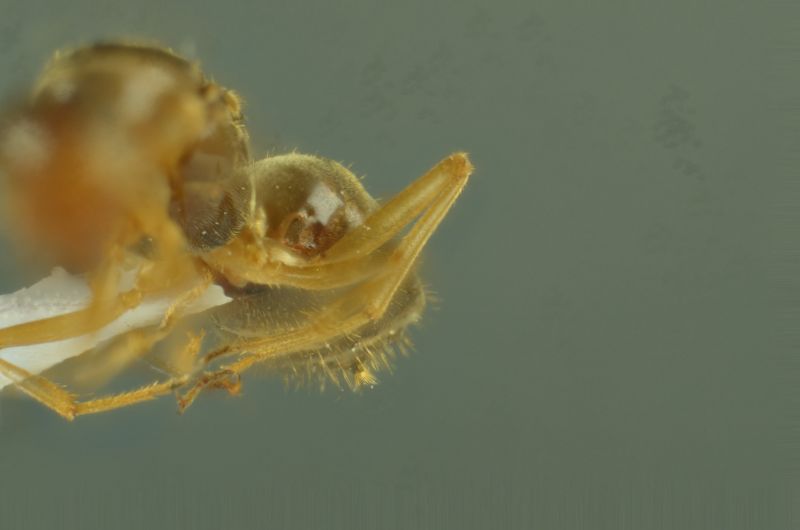 Using figure 2 as a reference, there is a clear lack of coarse erect and suberect hair with only a few present at the apex of the scapes - negating M. navajo and moving this to couplet 3.

Using figure 3a, the fourth segment of the maxillary palp gradually widens from base to apex and is not clavate. When viewing figure 3b, there are fine abundant and uniformly spaced punctures on the parapsis. It's difficult to see in figure 2 because of zoom levels and compression, but the side of the frontal lobe is shiny between close, fine punctures. This combination negates M. christineae and moves this to couplet 4. When viewing figure 3b, the fine punctures of parapsis are not obviously coarser than those of the disc of the mesoscutum. When using figure 4, it is clear there is more than six erect to suberect hairs on the first tergite, thought the picture makes it a little difficult to see that there is at least 12. The interocellar distance is shown in figure 4b to be less than that of the ocellocular distance. This and locality confirms this being M. ewarti and negates M. pyramicus.