3 replies to this topic

2. Month of October.
3. Oak forest.
4. Queens range from just over 10mm to just under 12mm.
5. Head is brown, sometimes with orange around the malar area, the younger the queen the lighter in color and the more orange. Mesosoma is brown with a more yellow hue on the bottom. Gaster is glabrous and typicallly solid brown to dark brown.
6. Face is truncated with coarse rugae and pilosity. Very noticeable without any microscope or macro pictures.
7. A very calm behavior, queens will slowly wonder around.
8. Nests are in oak trees and bushes.

Found a few dozen of these queens, 11 of which I have given away for free. I have gone to the night of three individual flights, one of which I went just to observe queens and colonies. The flight I went to where I was there to observe colonies I did collect an alate and a male. I have found up to eight queens on one tree all at once and 15 within one mile. I was actually shocked by how noticeably truncated the queens are, I had been under the pretenses that you need a macro photo or a microscope to identify this species, but it's quite the contrary. Minors, medians, and majors are also quite easily identifiable in the field. I was also surprised by how common they were, I suppose the difference between finding only a few and dozens is actually going when they fly. I am glad I did the research and mentioned that they flew because it sparked people such as Nurbs and Ys to go look for them and one of those people were successful. The queens also are not difficult to find by any means, they will be out wondering everywhere. In addition to that, in captivity they aren't too slow - there is an egg to eclose time of only 1.5 months. First generations can also be as numerous as 15 workers. Next year I do plan on going to all the flights that happen, I will probably give a good portion away or sell for cheap so more people can get their hands on this once thought to be rare species. 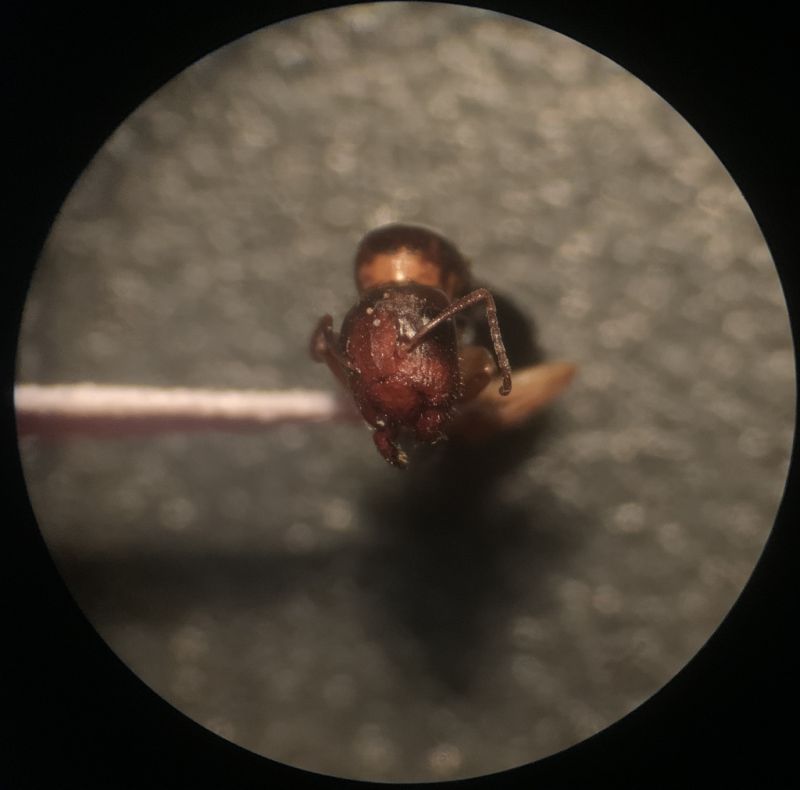 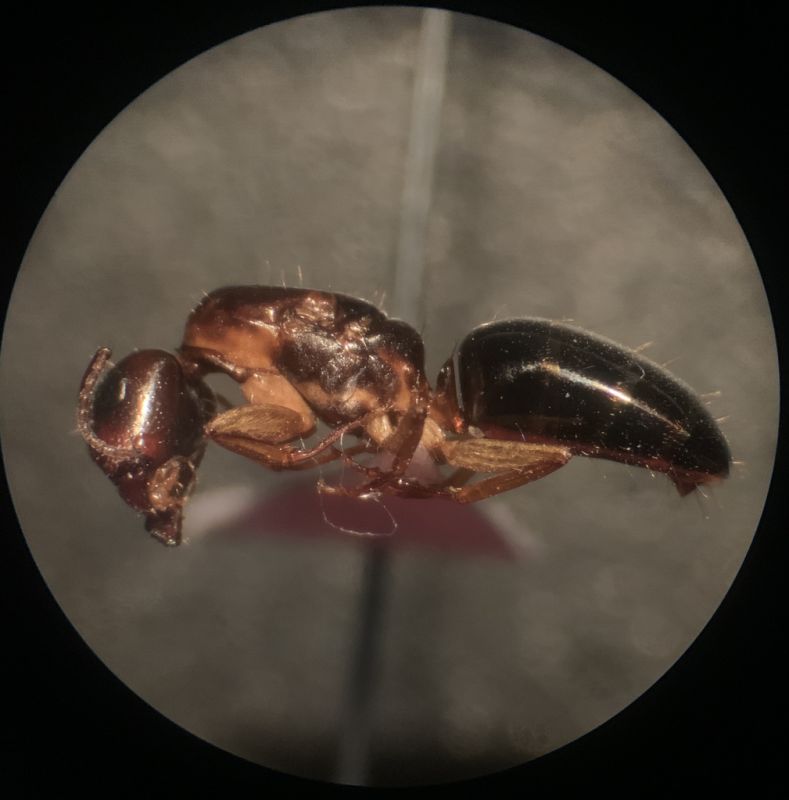 Here is a queen I collecte as a specimen. I got lucky and she had not darkened much. Here is an alate that I had found, which appears to have been munched on possibly by the scorpions in the area. Lastly, here's a median I collected for pictures.

Nice, like many "rare" species it is often just a matter of right place, right time.

Very cute looking ant. Their head reminds me of Colobopsis Macrocephala here in Australia a little.

Also if you don't mind me asking, what do you use to take the pictures?

I used a stereo scope for those pictures.

Also tagged with one or more of these keywords: camponotus, camponotus yogi, yogi