25 replies to this topic

These guys are flying now according to my friend in nevada. You gonna try again drew?

These guys are flying now according to my friend in nevada. You gonna try again drew?

Yeah, I just haven't found anything on the black light at all this year yet.

On July 12th this year I caught a bunch more of these queens on my black light in the Santa Ana mountains.

I had the two left over colonies of another Crematogaster species that had both lost their queens a month or so earlier, so I just dropped one of these queens in each one of those. As for the other few queens, I gave them each a couple pupae and a callow worker from these remaining colonies as well.

Both colonies continued harassing the queens for a few days, but did not seem to be hurting them too bad.

Within a week or so, all the queens were dead except the two that I dropped into the colonies. Those two did not seem to be producing anything or even acting like queens, but they were both getting along with all the workers at this point. Shortly after this, I found one of them had laid a bunch of eggs, while the other had no brood and was still just acting like a worker.

Here's some pictures of the colony about two weeks later. 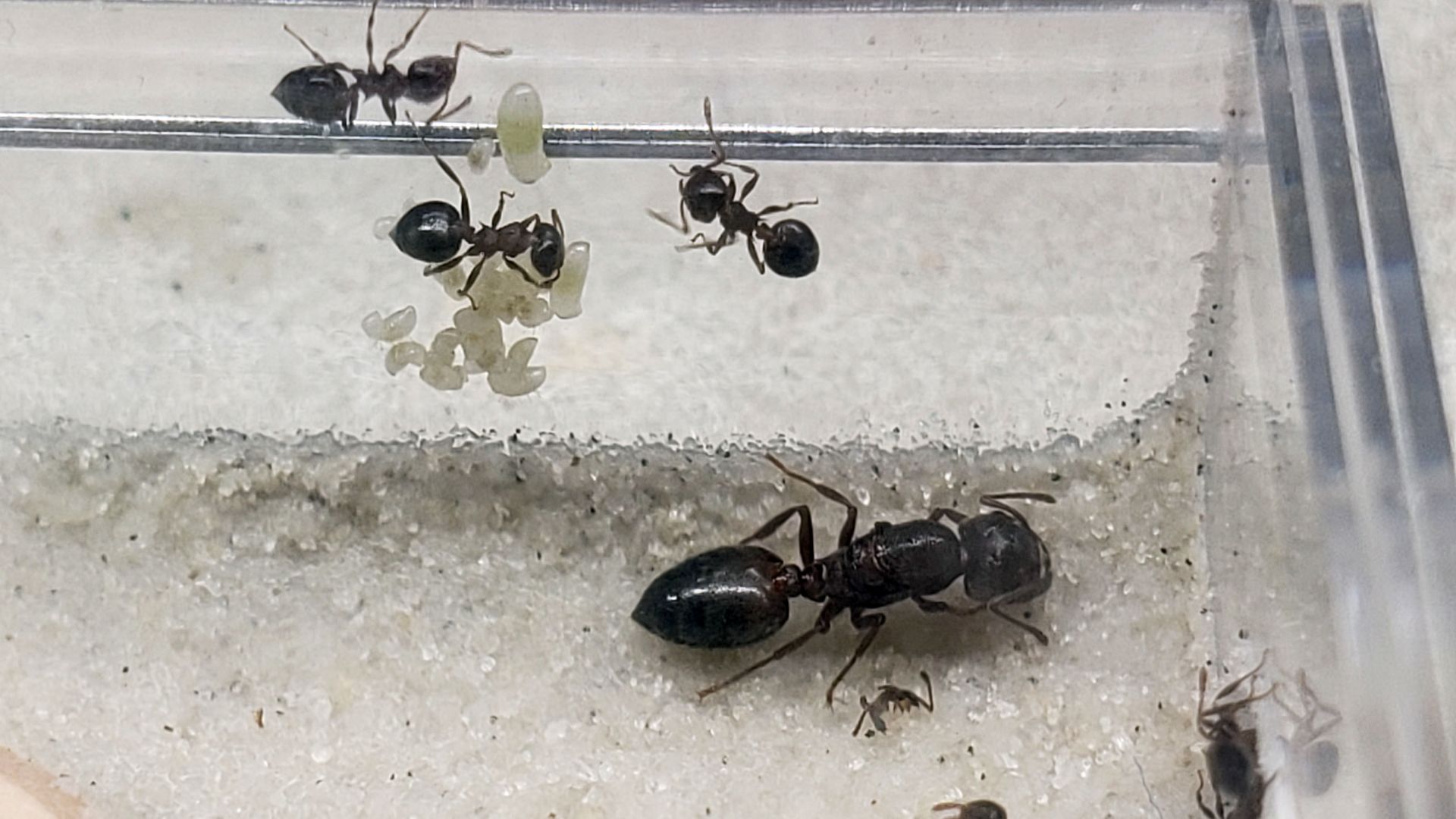 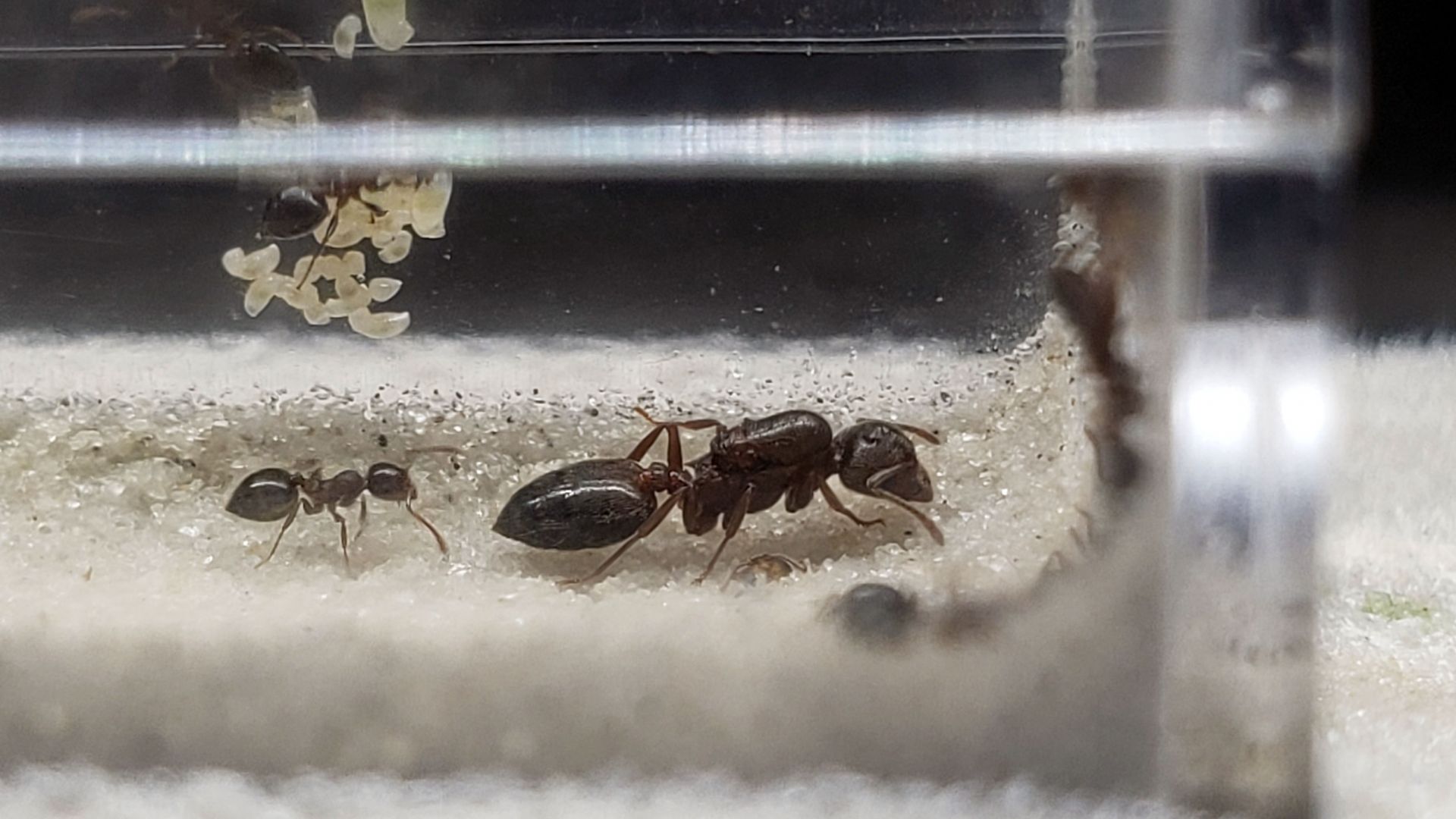 A few days ago I actually saw a couple eggs being carried around by the colony that previously had no brood. The other colony has about 7 pupae now.

If production slows down and stops when the biological workers arrive again i would advise giving them more host brood. Perhaps its like with parasitic lasius where young colonies will collapse when their hosts die if not given enough host workers in the beginning.

Neither of these queens were laying eggs anymore, so I got rid of them.

Neither of these queens were laying eggs anymore, so I got rid of them.

you threw them out the window?

Also tagged with one or more of these keywords: crematogaster, journal, dspdrew