117 replies to this topic

Wants (Please reach out if you have them for sale if you’re in the US): Acromyrmex Sp., Atta Mexicana, Cephalotes Sp., Myrmecocystus Sp (Prefer Mexicanus), Odontomachus Sp. (Prefer Desertorum), Pachycondyla Sp., Pheidole Sp (Prefer Rhea. The bigger the better. Not the tiny bicarinata), Pogonomyrmex Sp., Pseudomyrmex Sp. (Prefer the cute yellow ones)

Nice, did you see any alates outside of the nest? Or do they usually fly around this time of the year in your area?

Nice, did you see any alates outside of the nest? Or do they usually fly around this time of the year in your area?

found alates outside of the nest

Nice, all we have up here is Tetramorium flights right now. Any more news on the mendax?

Nice, all we have up here is Tetramorium flights right now. Any more news on the mendax?

ants that had flights  tonight

Are you willing to sell any of those?

Yes Will sell when they get workers

Are you willing to sell any of those?

If only Florida had that species unregulated for shipping without permits.

Here where I live we got some rain

On 7/16/22 I went hiking near woodside, a ghost town south of Price, after a rainstorm came through the area. Species I saw:

Out of that list, I found founding queens of: Pogonomrmex rugosus, Pogonomyrmex occidentalis, Pheidole species, and Myrmecocystus navajo. The harvesters and Pheidole flew around 8 PM, the navajo queen was in a founding chamber from the previous eveing after the rainstorm.

Rained the afternoon of the day before between 0.2 and 0.4 inches in the general area, large flash floods were caused

Wind was about 15 mph at 3 PM, with lower wind speeds down to 5 mph at 9 PM as the day progressed

Lowest humidity during the day was about 40%

Species in need of ID 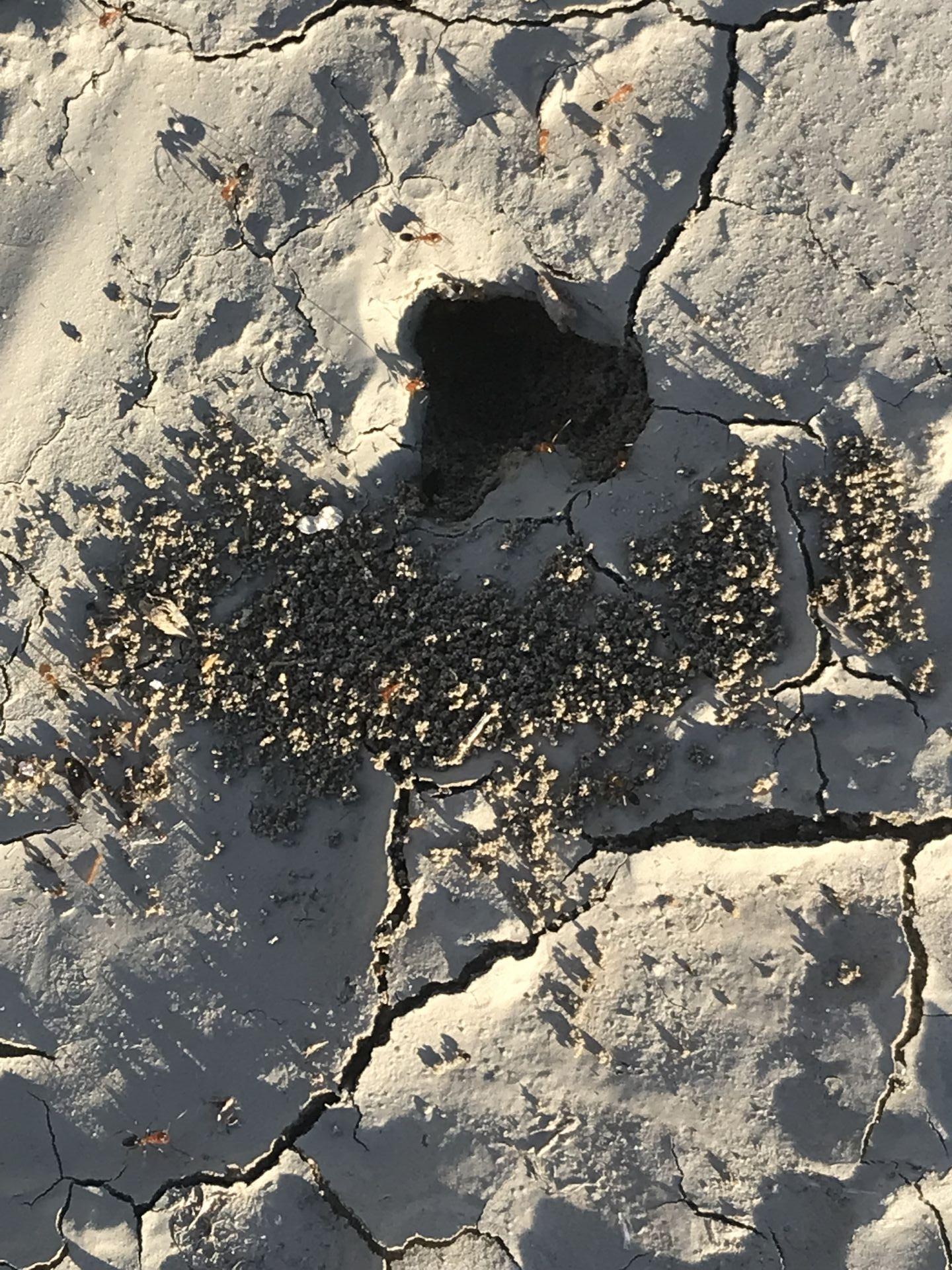 A Horned Lizard cooling off in a shadow 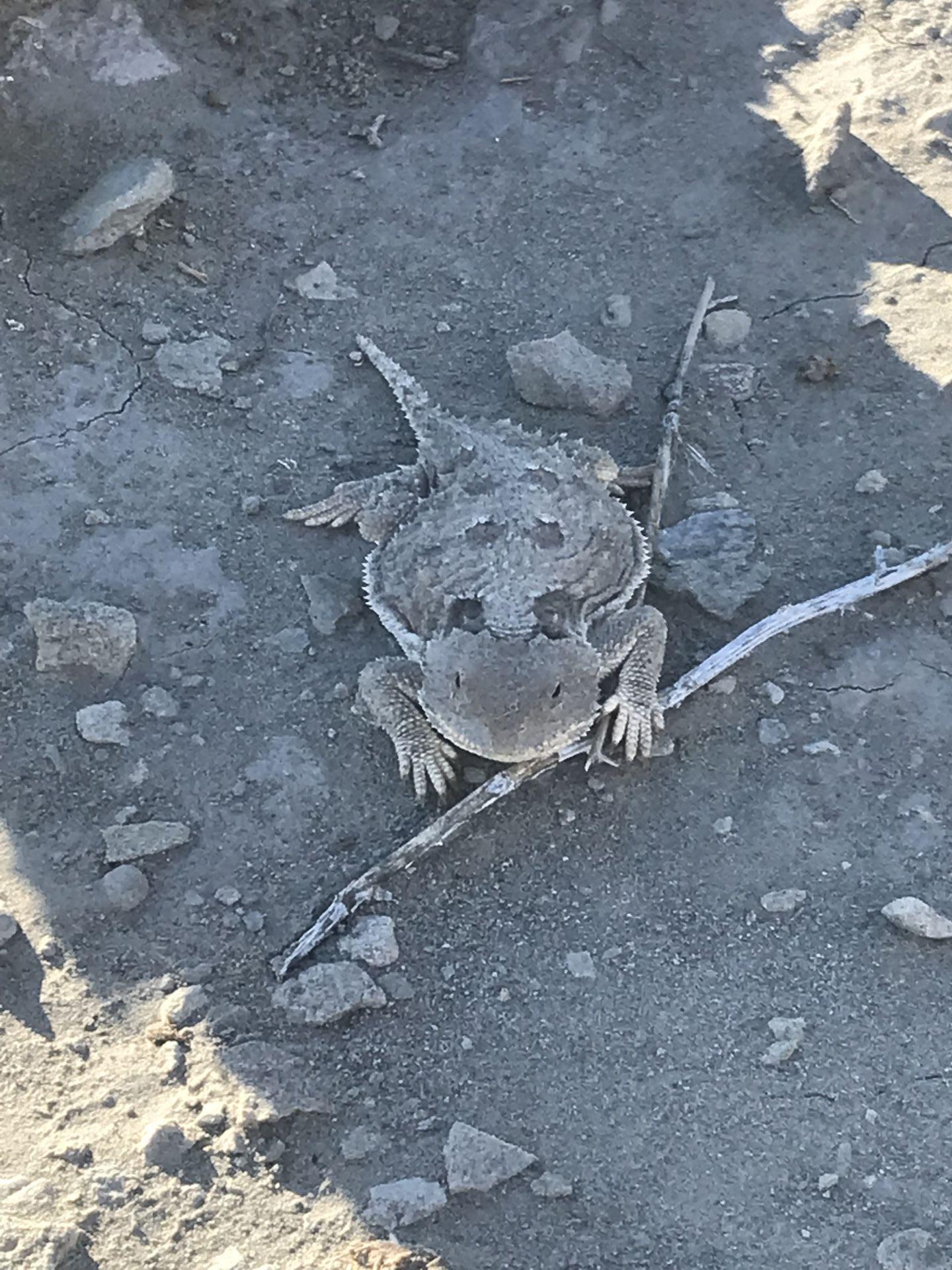 Many of the queens were found in deep washes, made muddy after the recent flash floods. This one was rather small, but Pogonomyrmex rugosus queens were still found here That horned lizards reminds me of my reptile keeping days and angry beardies!

That ant seems to be Dorymyrmex bicolor, but I dunno' it looks decently large...

I agree on D. bicolor.

Thanks for the IDs, I think you guys are right

Some more Pogonomyrmex occidentalis flights in Vineyard today after a large thunderstorm came through the day before. The flights were quite small compared to the hundreds of thousands that fly in a few weeks, but I still managed to find several dozen mated queens.

Large thunderstorm day before with about 0.2 inches of rain

The drones came first and swarmed the top of this tree, with the qeens coming maybe 10 minutes after. If you look closely you'll notice the tiny flying insects around the top. This species seems to prefer these particular trees when staging a nuptial flight. 1 user(s) are reading this topic