134 replies to this topic

Are you selling any occidentalis?

I'd be willing to sell a few if people were interested. I have never sold them nationaly though, would I need a permit?

I'd be willing to sell a few if people were interested. I have never sold them nationaly though, would I need a permit?

no that's the cool thing about occis those are legal to ship interstate except for florida and Cali without a permit!

Awesome! I managed too get 4 from founding chambers on the Jordan River Parkway up here in SL county.

Found some Aphaenogaster drones in flight last night. Also Crematogaster emeryans are going to start flying soon in the provo-spanish fork area. They love hot dry climates, especially on mountain sides. Queens are relatively small, but they often found together with large colonies: Here's a photo dump of slightly off topic images of natural fauna in my area. Most of the images were taken in the Provo-Spanish fork area of Utah valley:
I apologize in advance for the low quality pictures, I used an iPhone.
A Pogonomymex mound, it's interesting to see the different sections of material in the second image: An endemic species of tarantula, this one, probably a female, had a 6-inch leg span: 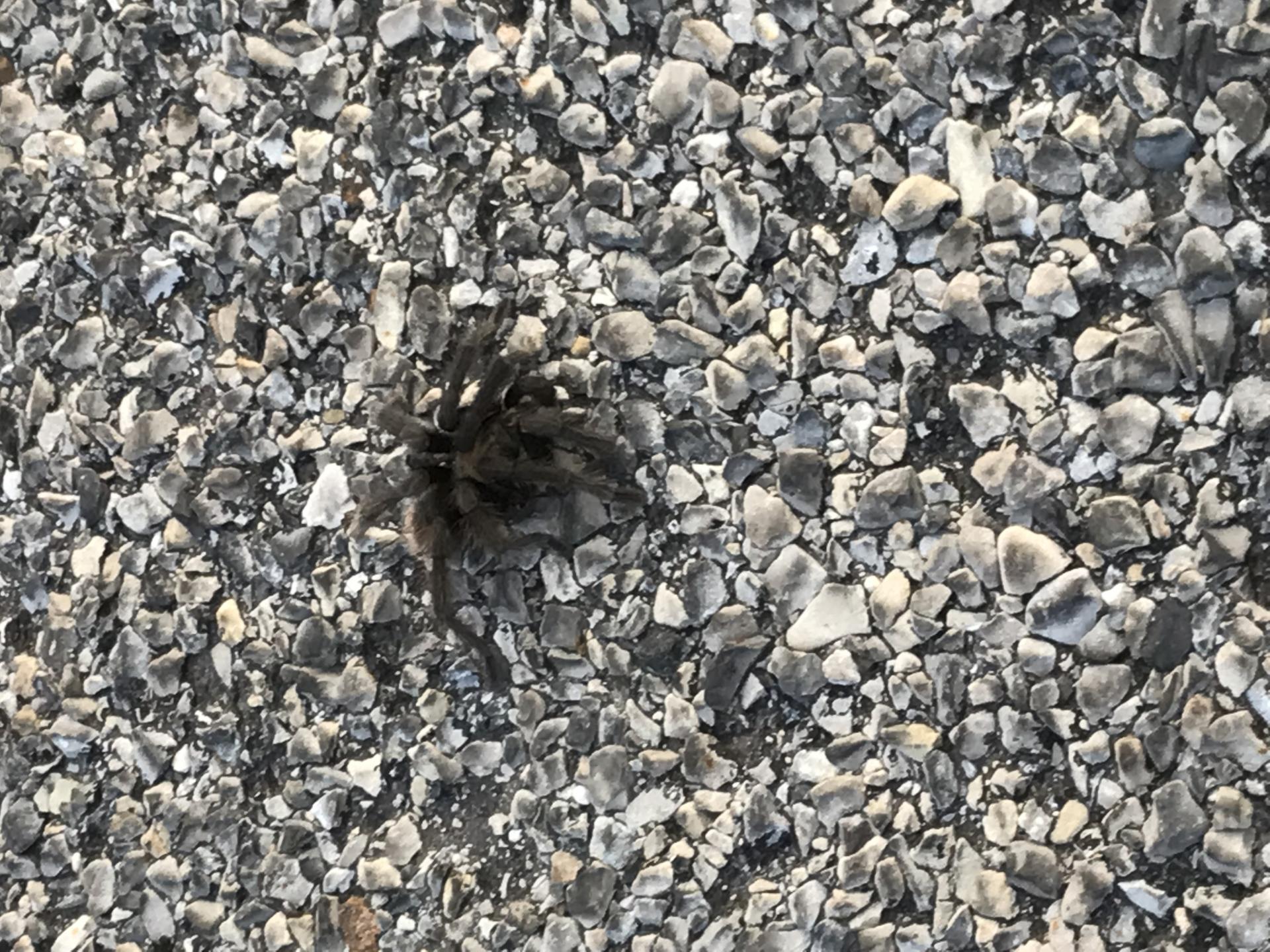 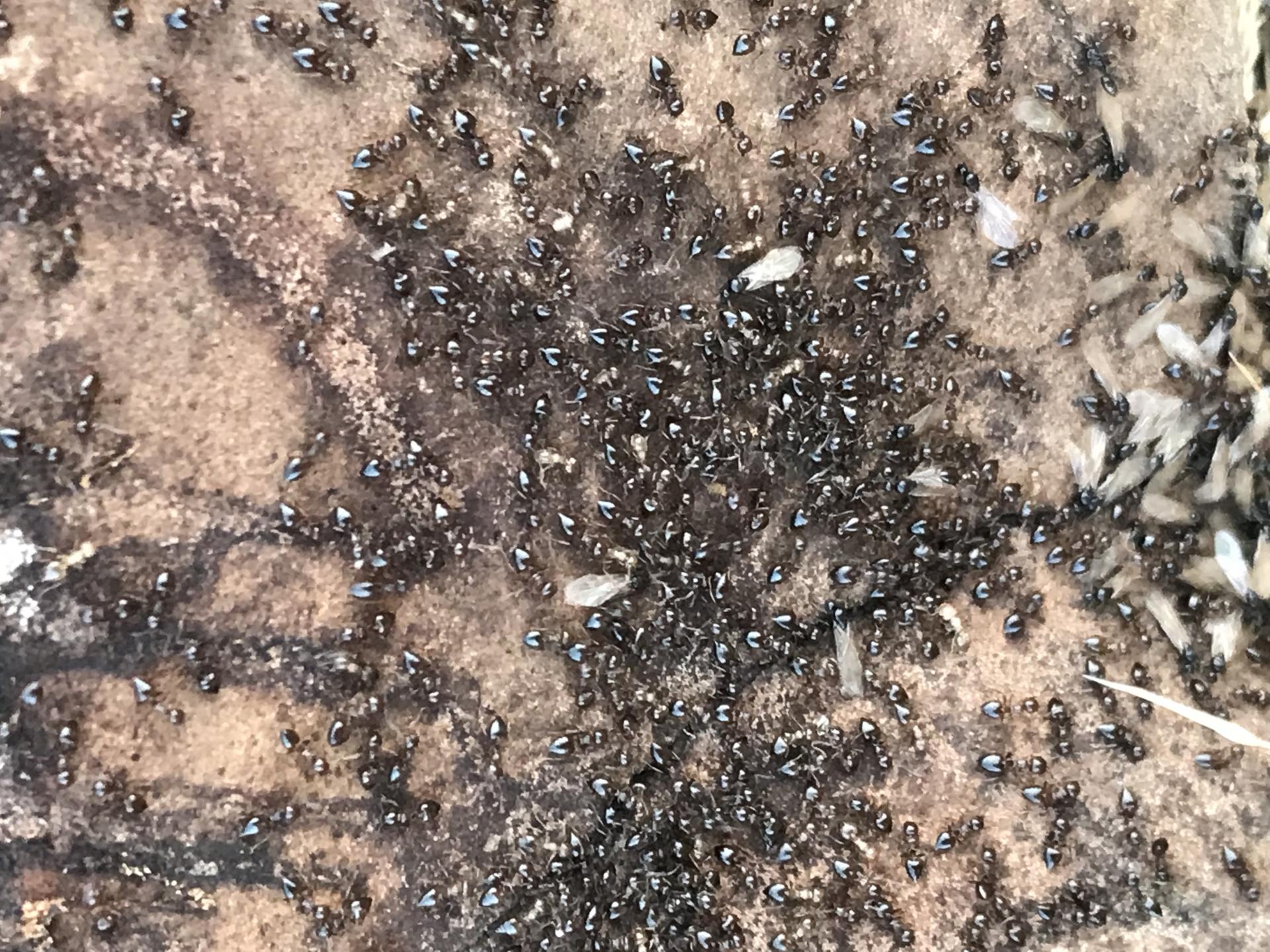 Solenopsis molesta, they usually only have one large chamber near the surface which branches out into their characteristically small tunnels: Stone structures made by some type of wasp: A termite colony, the layers of bark not yet eaten are visible: For anyone who needs inspiration for their new epic ant nest, here's a cross section of a Formica colony: And finally, the ever elusive mature colony of Camponotus vicinus: Whoa, those are some nice pictures! Especially that Formica nest. It so interesting the patterns they come up with. I would never have created something so intricate without see it first.

Very happy with this new lens I got. It's a little hard to use because you have to get really up close but it is much better than my 25x lens.

I used to pretty reasonably confirm the 20 Lasius brevicornis queens that I caught on Sunday out at horseshoe springs. there's more detail in the Ant Identification thread if want more.

The lense is the Apexel 100X Pocket Size Mobile Phone Microscope,HD Optical Lens Digital Microscope with Universal Clip on Amazon. About $28 with tax.

A quick recap of the last week in Provo UT:
Look at this thread for location and images, it's from 4 years ago, but everything but the Laius latipes could found, probably due to destruction of habitat in the area.
August 29: 3 Species of Laius (would have been four with latipes), Solenopsis molesta, and one Nylanderia terricola queen all flew within 30 minutes (7:15-7:45 PM).
September 1-5: 1 Pheidole queen was found on the sidewalk of the nearby cemetery at dusk, no other queens were spotted.

Brachymyrmex and some parasitic Lasius are still flying, expect the season to end in a couple weeks, usually around the first frost. For future users of this thread, according to a source of mine, an extremely large population of Pogonomyrmex resides in and around Cedar Fort UT. Such large colonies in fact, that their nests can be seen from google earth. Here're the coordinates: 40.33499119704697, -112.09675436899025
Other locations similar to this one in Utah Valley:
These large mounds are actually quite common in the west, but it's interesting to see them from a satellite's perspective. Apparently, Myrmecocystus are also found in this area, making it a hot spot next year for any keepers who want some interesting species.

I've been looking around and I have found that there is no anting or nuptial flight watch for the state of Utah. So I thought I would start one for ant keepers that live in Utah now, and for a future reference for ant keepers who might live in Utah or close by. In this thread, anything relating to ants can be posted, specifically nuptial flights, member introductions, local ants, and even ant shops for those interested in buying.

Some quick ant statistics for those of you who are new, Utah has 225* native species, the majority of them being, Formica, Camponotus, Crematogaster, and Lasius.

To start off, I recently went anting up a nearby canyon. During my 2 hour expedition I found 4 species of ants:

In Utah County, Tetramorium immigrans is unfortunately the most dominant ant species, with monomorium, formica and camponotus following. In this case the thief ants were often living inside the Tetramorium colonies or at least a few inches away. The one large crematogaster colony I found was next to a large termite colony, all under one rock! I had never seen this before, and the ants and termites apparently either ignored each other or did not now of each others presence up to that point. after I flipped their rock, the two groups immediately started to attacking each other, the termite soldiers lunging at the stinging crematogaster workers. The Crematogaster queen was a few inches from all of this, surrounded by a bivouac type of structure.

This early in the season, ants don't fly in Utah, but you can easily find colonies under rocks, bathing in the warmth, the hard part is finding the queen. I hope this thread will help others and I can't wait to start documenting local nuptial flights!

A size comparison between 2 workers:

Two colonies under one rock, the termites on the top:

this is a great thread

I am a Utah keeper as well, I am living up in layton. This was my first year antkeeping and i wished i had found this earlier! What canyon do you go anting up to find crema's? I love them and have been looking for some queens!

Colonies I am keeping:

A quick recap of flights this year for people to refererence. Note these times might be off next year due to weather unreliability, a warming climate and a prolonged drought in Utah.

Camponotus Vicinus: May 1- May 14, flies at night as soon as first heat wave rolls through.

Camponotus Hyatti: May 20- June 10, flies in the afternoon and evening.

In general, Camponotus are hard to find during an actual nuptial flight, most queens I find are wandering around in the spring, or nesting in rotten wood.

Formica sp. (non parasitic): June - August 15, most species fly during the day, although some fly at night.

Tetramorium immigrans: June-July, flies all day in huge numbers in the summer, you can't miss them.

Pogonomyrmex occidentalis: July 12- Early August, usually large fligts with many queens walking around for hours after. The nuptial chambers are also easily spotted.

Crematogaster species: August-September, very hard to find queens walking around, your best bet is to go up your nearest canyon and flip rocks.

Here's some more images of wildlife earlier in the year: Does anyone know what kind of wasp this is? It was carrying a large non-tarantula spider without legs into a hole.

Usually the first queens flying in utah are C. vicinus (we don't have Prenolopis here). Until then, I'll be getting ready for the next seaon here! Anyone in Utah or Idaho find any queens yet? So far I've found nothing except for an early flying formica sp. up one of my local canyons. I think Camponotus vicinus might fly in Utah county on Wednesday of this upcoming week. We'll just have to see if it gets hot enough. Found a Camponotus novaeboracensis queen today (the picture doesn't show the proper coloring of the queen). The bad weather and the queen not removing her wings means she probably didn't participate in a nuptial flight, but rather flew prematurely. When is the next prenuptial flight? For Utah county.