27 replies to this topic

I’ve been interested in social insects since I was a kid. I gravitated toward ants because I had no desire to get stung. Still, I find bees fascinating. If there’s a thread for ant photos, why not one for bees? Apis mellifera approaching Japanese Spiraea. I love it! What is that flower? Seems to be the hot spot in town!

It sure seems to be. Lucky for me it’s on the south side of my house! The flower is Japanese Spiraea. I’ll edit my post with the bee species & flower. D’oh, I should’ve done that in the first place.

Japanese spirea is what I thought, but it looks different zoomed in so much.

I know this is not supposed to go here, but seriously, bees are just as fascinating as ants. I think bees and bee keeping is kind of overshadowed by ant-keeping here. I don’t even watch bees, or keep them, but I just think they deserve more attention on the forum.

After a quick stop, this Unarmed Leafcutter Bee (Megachile inermis) flies off to another Japanese Spiraea blossom. 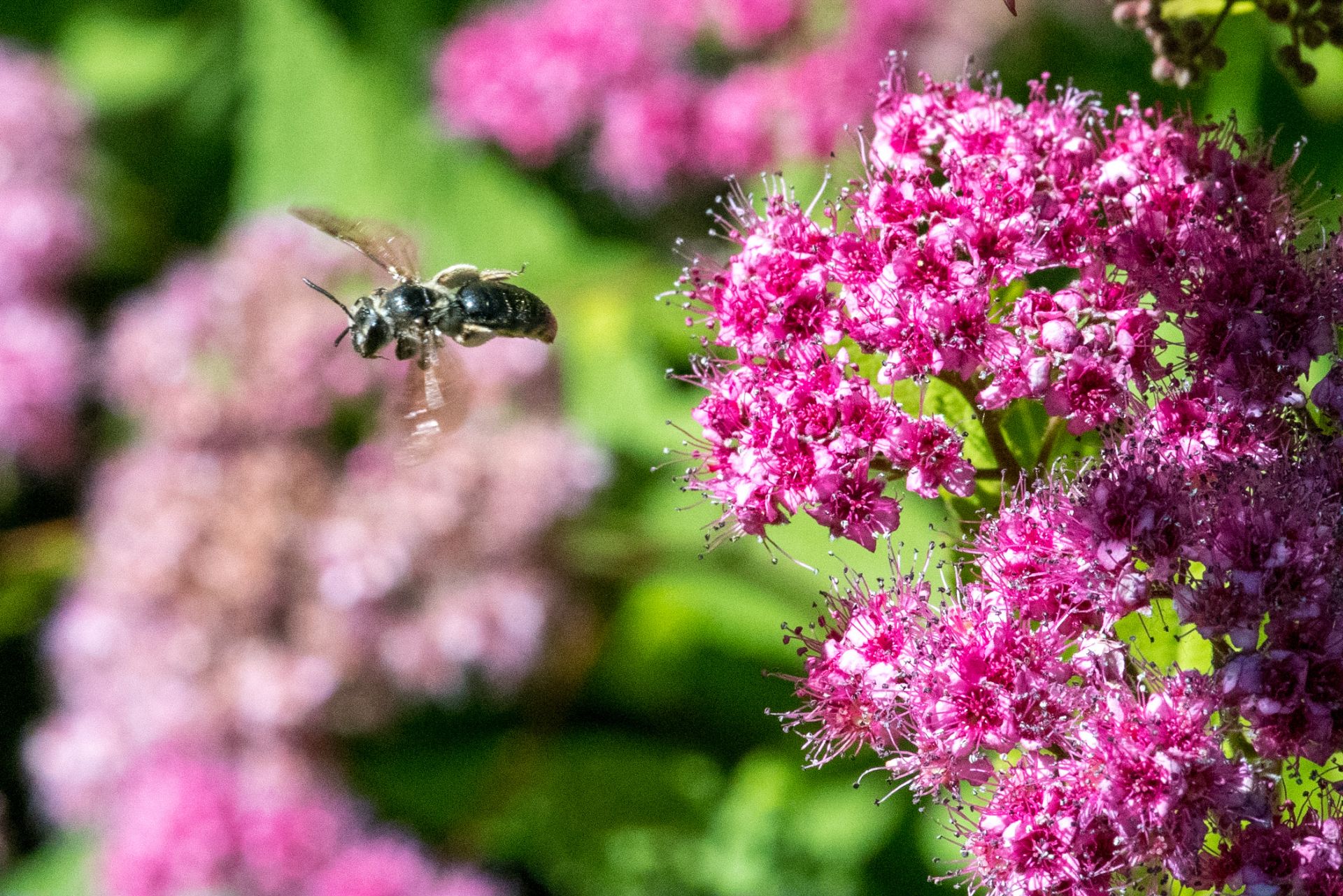 This Spiraea blossom hosts a buffet for three! (L to R) Bombus impatiens, Megachile inermis, and a Sweat Bee of the Lasioglossum species 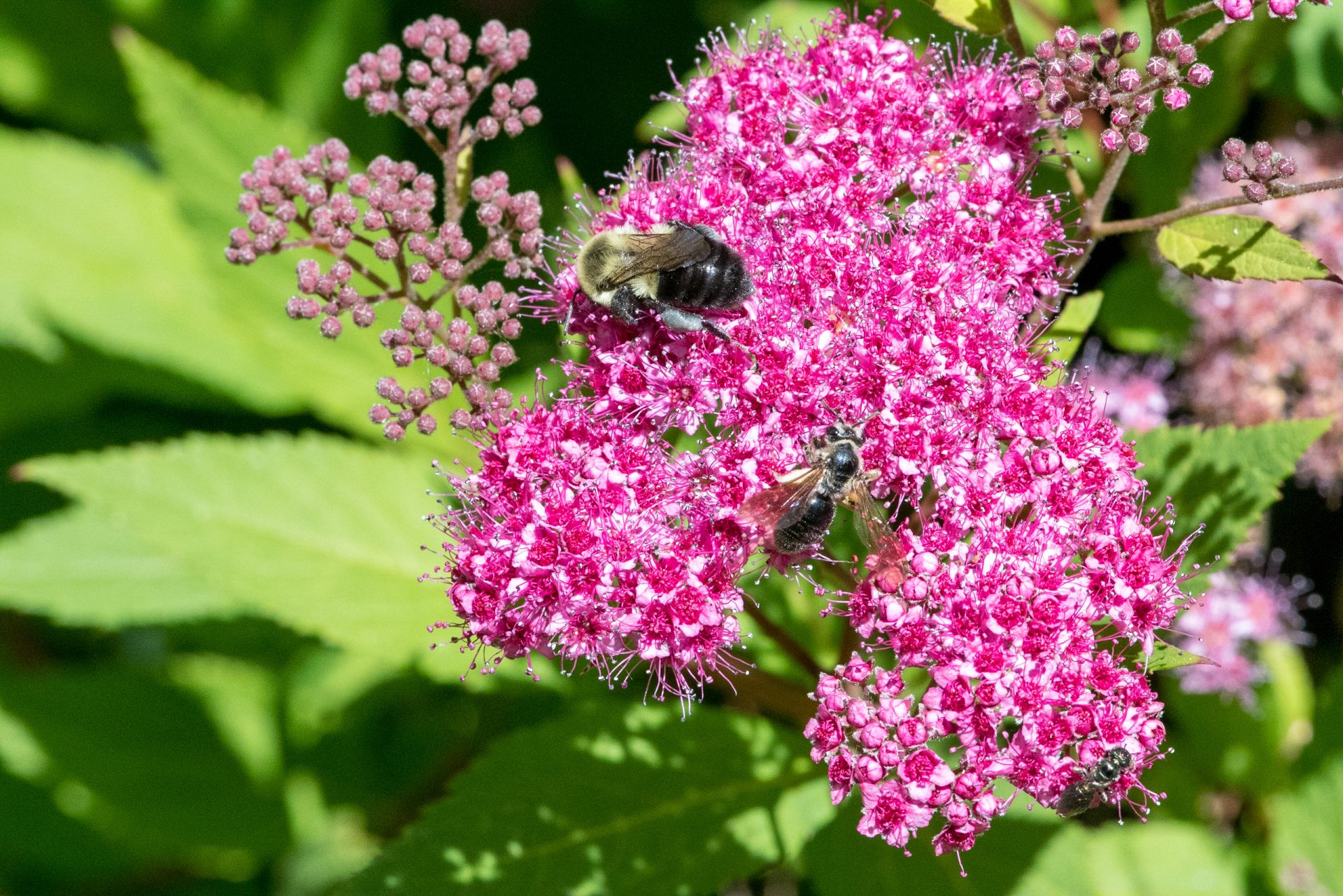 Sorry I don’t have much variety. The Japanese Spiraea is enticing to our winged friends. I thought this was a Sweat Bee of the Lasioglossum genus but it might be a Carpenter Bee of the Ceratina genus. This is a dozing male:

This is spectacular. You could sell it.

This is spectacular. You could sell it.

Thanks man, but after looking at AntHUB's insect photography site

I'm just not worthy. That kid's got some really good stuff!

Mountain mint is like crack for bees!
Some Megachilidae sp (Coelioxys?) on Pycnanthemum muticum:

Andrena? peaking out behind a leaf:

Mmm, metallic sweat bees are always so pretty. Cuckoo wasp and related wasps as well as orchid bees are lovely too.

Mmm, metallic sweat bees are always so pretty. Cuckoo wasp and related wasps as well as orchid bees are lovely too.

I need to get a photo of the metallic blue cuckoo wasps I see here.

I only seem to see native bees by the harbor sadly

Pheidole navigans   (30+workers and a major)

Temnothorax cf. nevadensis x4,(Largest colony has six workers, and the smallest, one.)