49 replies to this topic

Don't worry too much. If the queen and some workers are still alive, put them in a new test tube setup.
I feel helpless with my Aphaenogaster tennesseenis queen. I only have a single host worker for her....


Bugs that are sanitized may still contain pesticides. Try purchasing your feeders instead of catching them if you know there are pesticides in your area.


Bugs that are sanitized may still contain pesticides. Try purchasing your feeders instead of catching them if you know there are pesticides in your area.


That is what I was trying to say. Sorry for not making it clear. BUY, or raise your on cultures, starting from pre-bought ones. If you make a culture, feed them foods with ABSOLUTELY no pesticides.

Understandably the queen didn't wanna move anywhere. I had to completely illuminate the formicarium for days. They are now in the good ole' test tube setup. 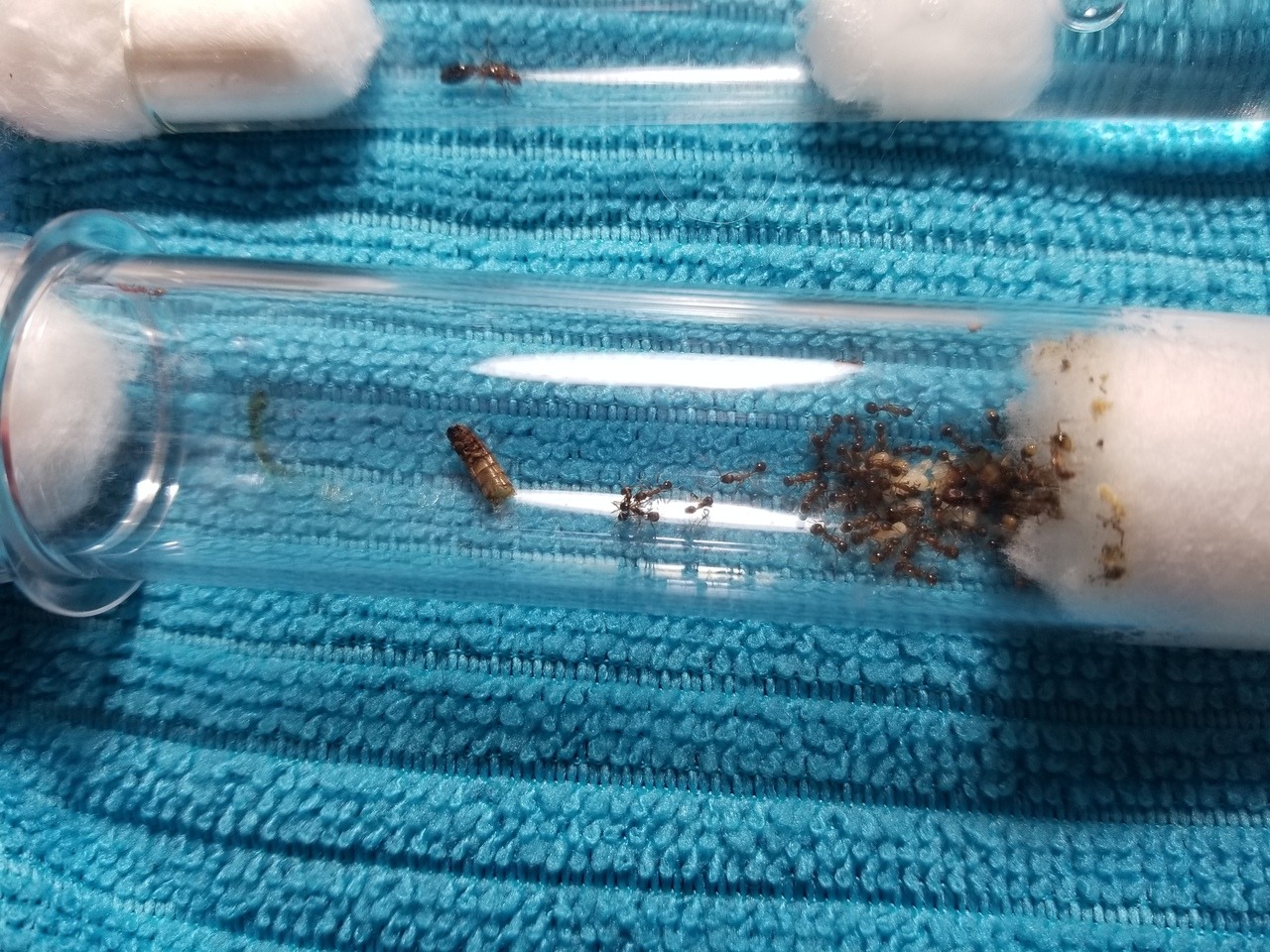 I'm glad this many survived, and with some brood as well. 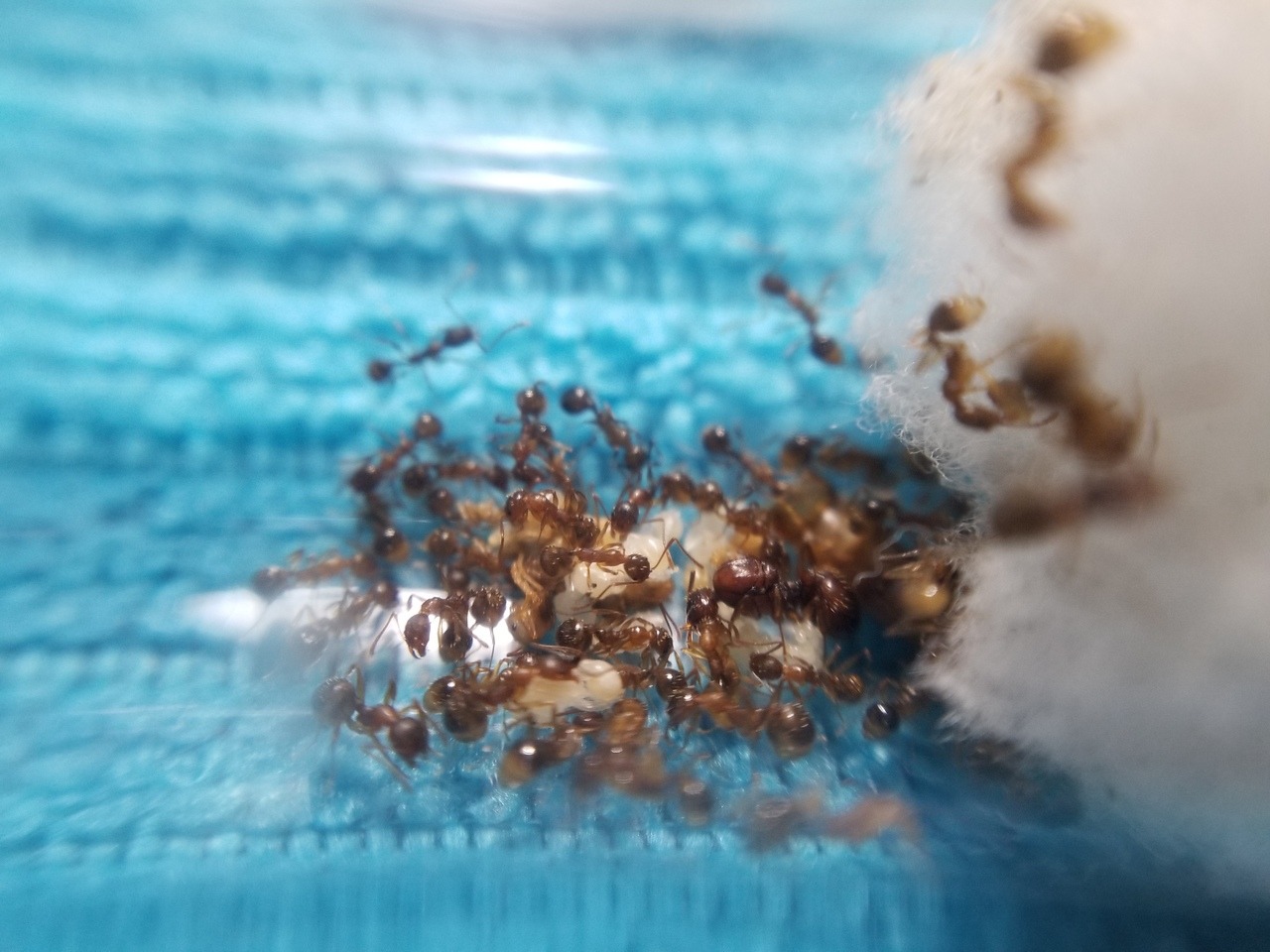 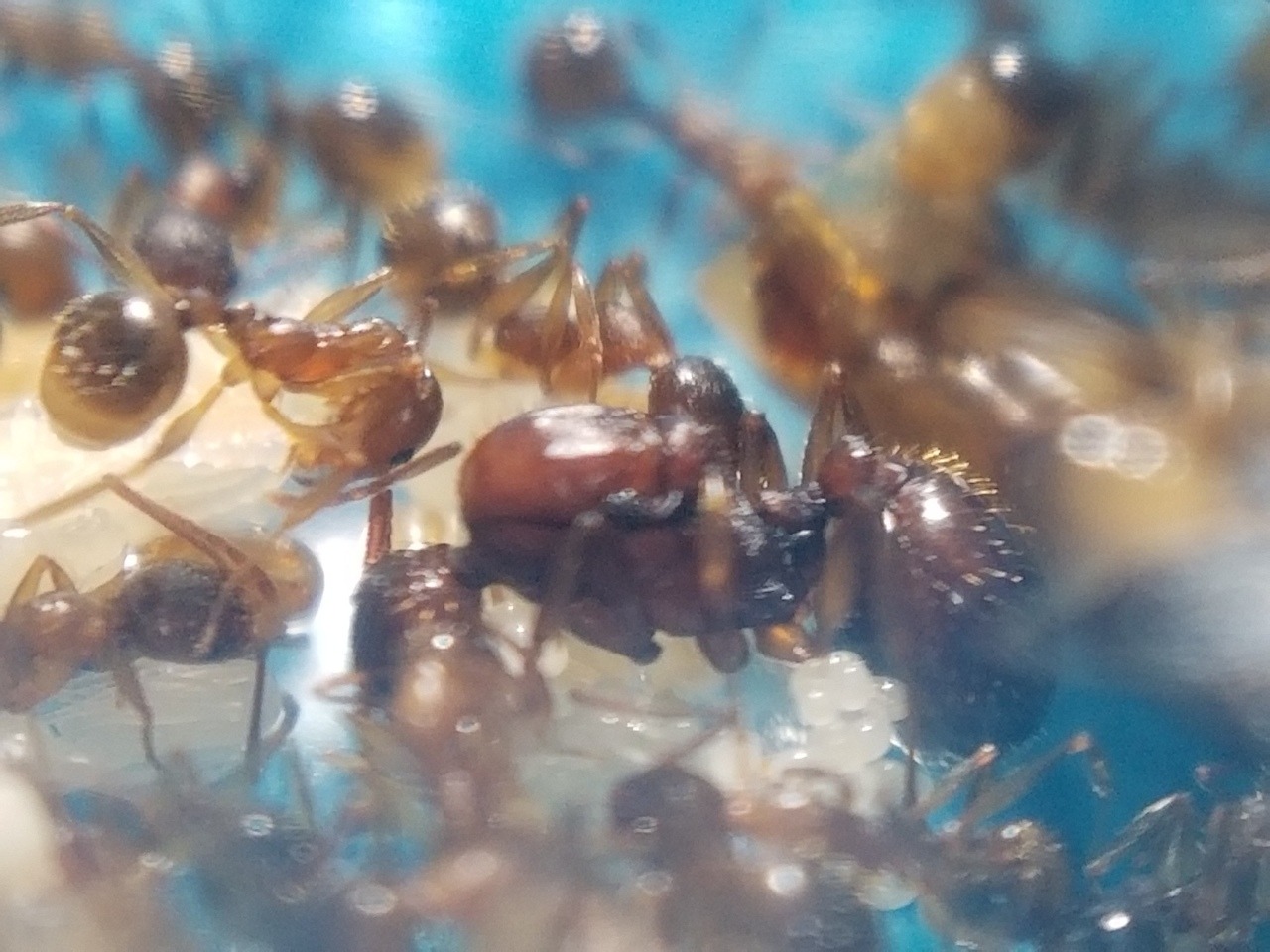 Glad to hear it. I hope they make a speedy recovery!

You could attach a compact outworld to the test tube to make it easier to feed. But glad to see them thriving again. If you attach a outworld, make sure you add some tape or Fluon to prevent these ants from escaping. They are more flat, so they can squeeze through small gaps.

Go to Container Store or look up their site and order a clear BoxBox container. Then you can just lay your tube in there. Line the rim of the box with fluon.

I work in pest control and know a few things about pesticides. The other members here are right. If you live in North America, NEVER feed your ants bugs caught from inside an apartment or even from around urban areas. If you want to feed your ants wild-caught prey you may try arthropods from around the banks of rivers because pesticide applicators are not allowed to spray past a certain distance from most bodies of water. Freezing will not break most residual pesticides down into a non-harmful state. I also keep bees and one of the big areas being researched right now in beekeeping is what sublethal doses look like in a colony. Because your colony seems to have definitely been exposed, keep a close watch on your queen’s productivity. Often times queen virility is greatly affected by sublethal pesticide doses (at least in the case of Apis mellifera). Good luck and I’m very sorry for the hard lesson. I have to keep separate sets of shirts, pants, boots, etc. for going out and working in my beeyards because my work clothes are surely lethal to my golden ladies.

Go to Container Store or look up their site and order a clear BoxBox container. Then you can just lay your tube in there. Line the rim of the box with fluon.


Some sand doesn’t hurt. Hydrostone is better. To prevent the tube from rolling around. Sand can shift though. With that being said, I use sand, because it is more naturalistic.

Time for an update. 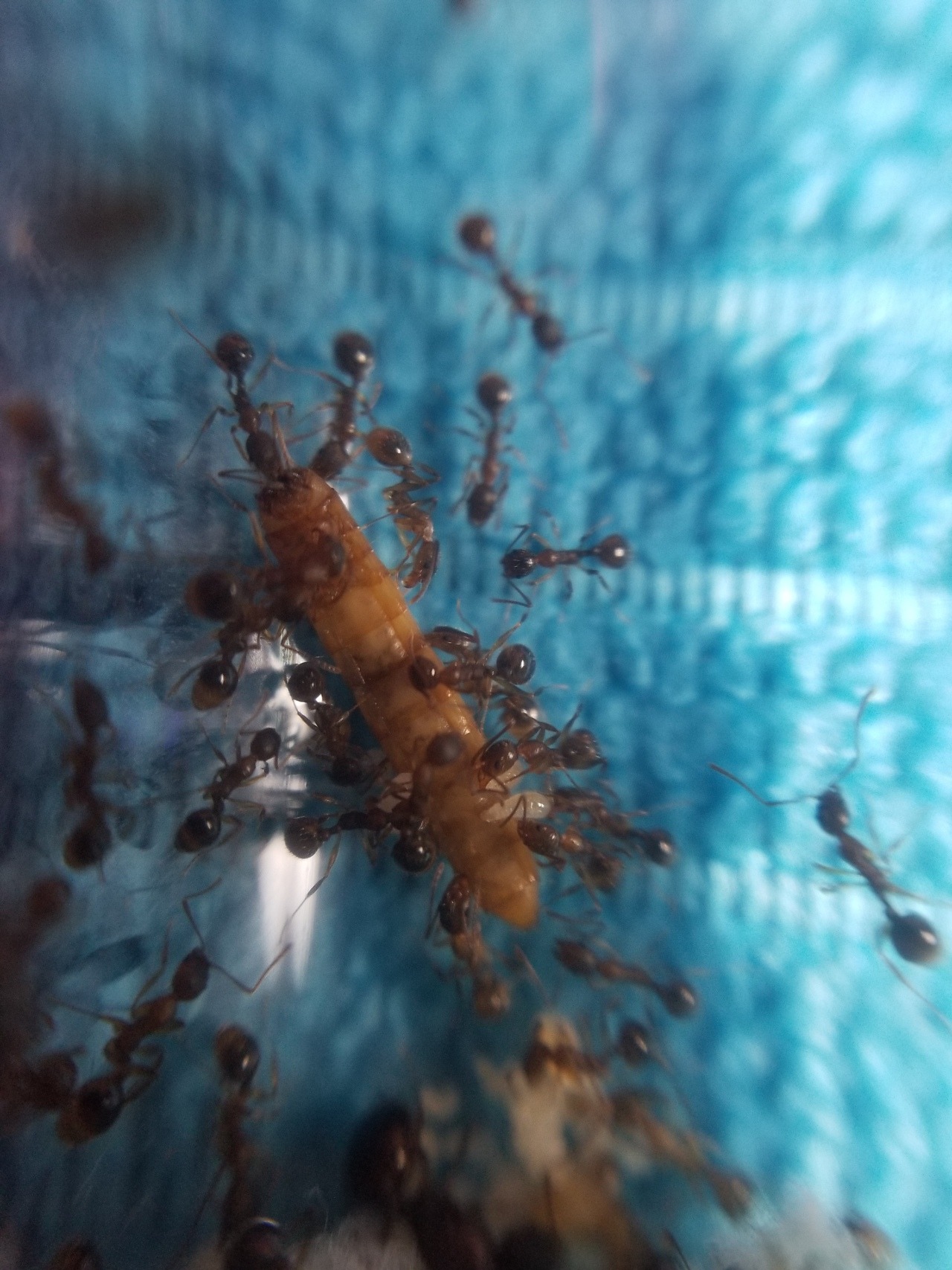 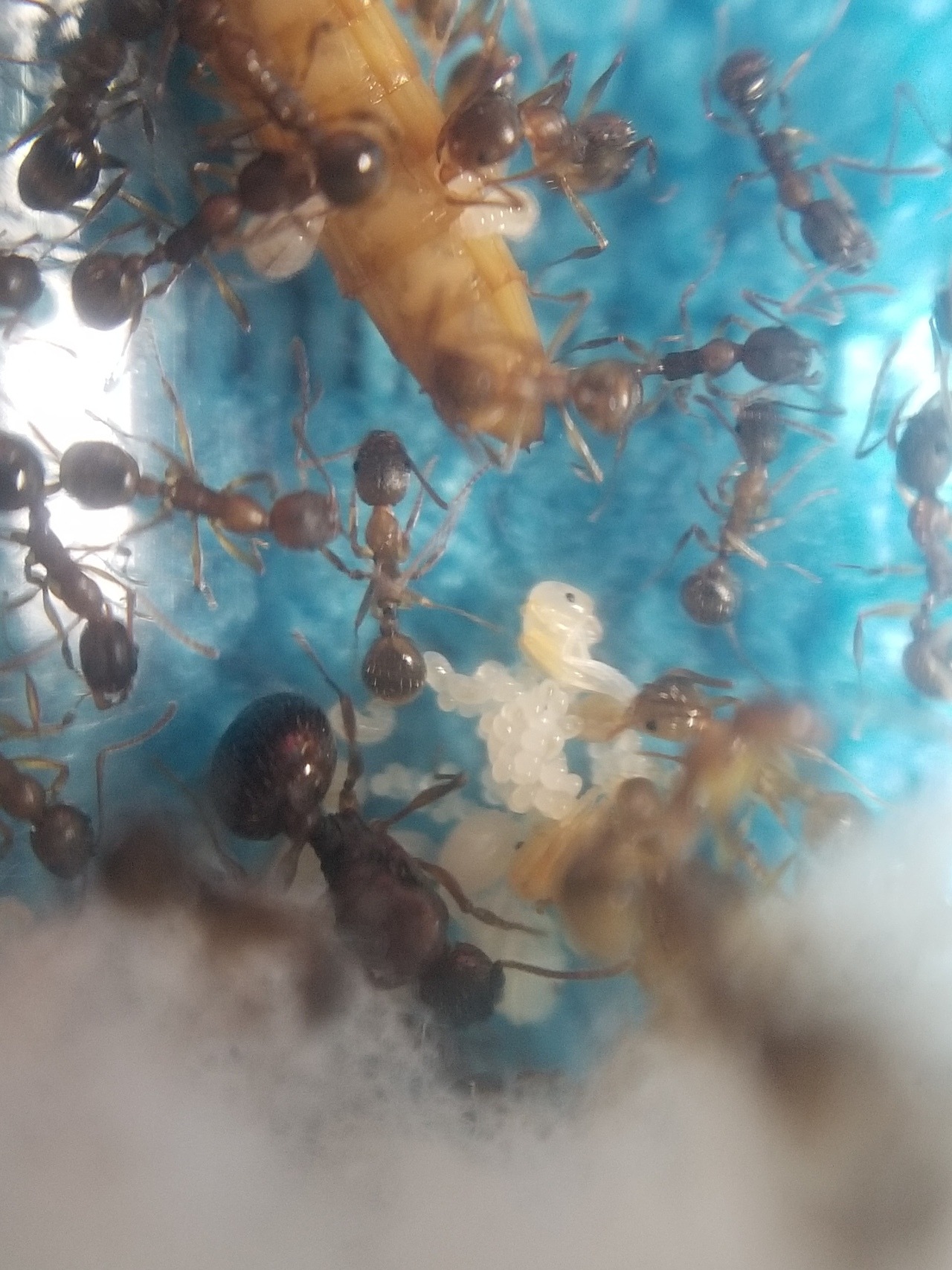 Even attached an outworld as suggested. They seem to be on the rise again.

Also the outworld will make cleaning and feeding easier.

Also, do you have some Fluon or,some talcum powder slip barrier? These ants can escape easily.

Also, do you have some Fluon or,some talcum powder slip barrier? These ants can escape easily.

Haven't quite built up the courage to try open outworlds. Prefer to keep a lid on them to reduce the stress on me haha.

I mean keep the lid, that’s not what I meant. I mean, if that’s not a tight fit container they will squeeze through the gaps.

Few things to start with. During the midst of all the chaos I attached both my formicarium so they could have plenty of room to move around, discard their dead or whatever else. A few of the ants moved some of the brood into the newly attached formicarium. I was thinking they would move in there, but the rest of the colony stayed put. 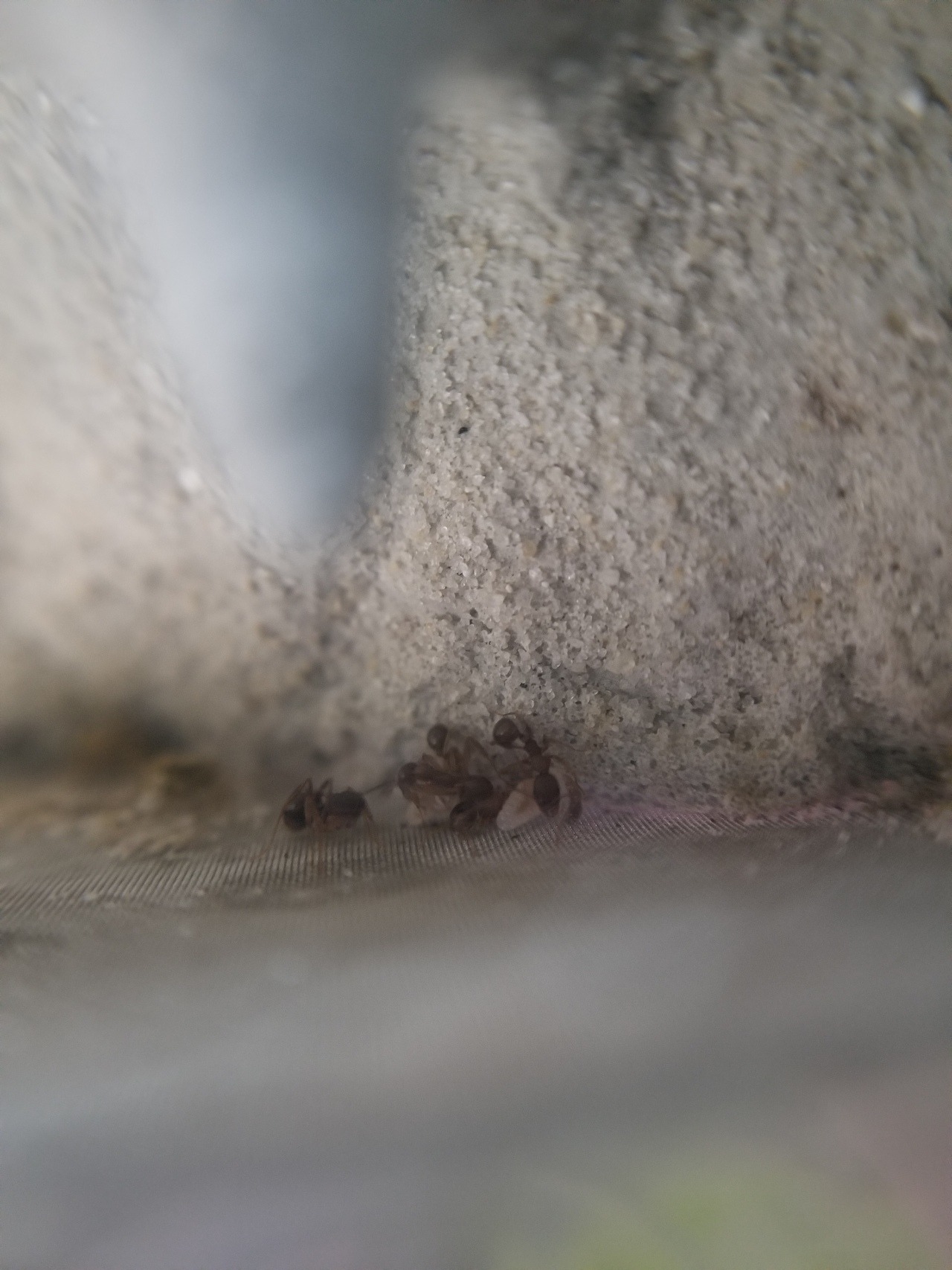 Some time passes, and i decided to reunite them, or so I thought. They immediately starting fighting. Obviously the queen was safe with so many more workers.

A day or 2 later I separated them with 4 workers not assimilated and hiding from the colony.

Then i captured footage this morning of what looks like cannibalism. I fed them a meal worm, thinking that they must be hungry or something, but they didn't want it and just left it. Any thoughts?

Whelp, things have escalated. Most of the workers have died, same with the brood. Now I've noticed some kinda mold or something that moves with my colony. 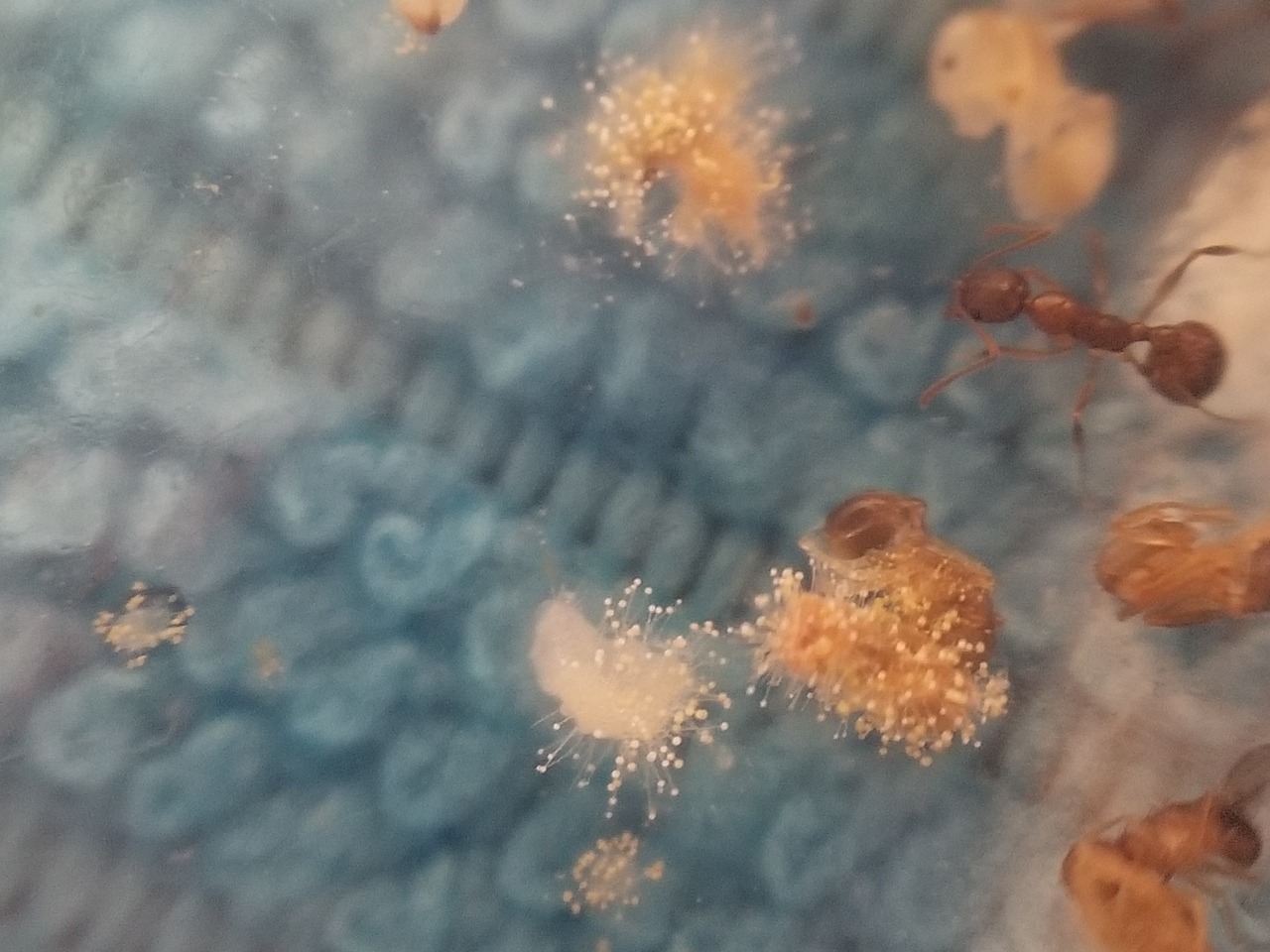 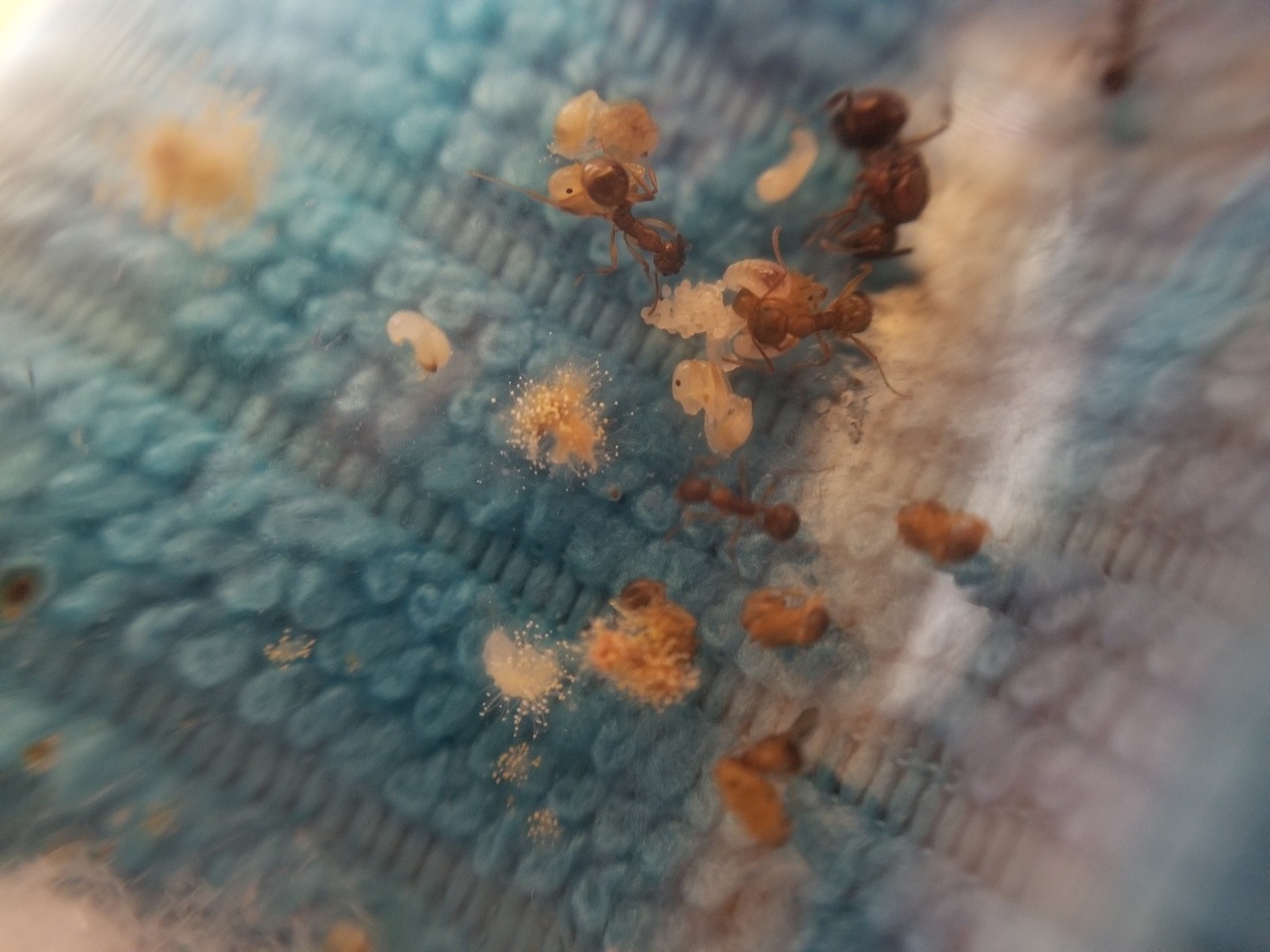 Any tips on handling this?

Wow. Sorry. I would just prepare for nuptial flights and try to start over. Try to find easy species like Tetramorium.

Also tagged with one or more of these keywords: aphaenogaster fulva, ant