On May 4, I caught a Liometopum occidentale queen in my pool. It was quite warm that day, and I saw her floating around at ~3PM. This queen never shed her wings, but I still kept her since I have heard that queens found in pools and on blacklights don't always shed their wings, despite being fertile. It took a long time for her eggs to become larvae, so I was debating whether or not she was fertile. Shortly after, I started seeing some larvae, and a week and a half later, pupae. As of now, she has 10+ pupae and some eggs in her brood pile: 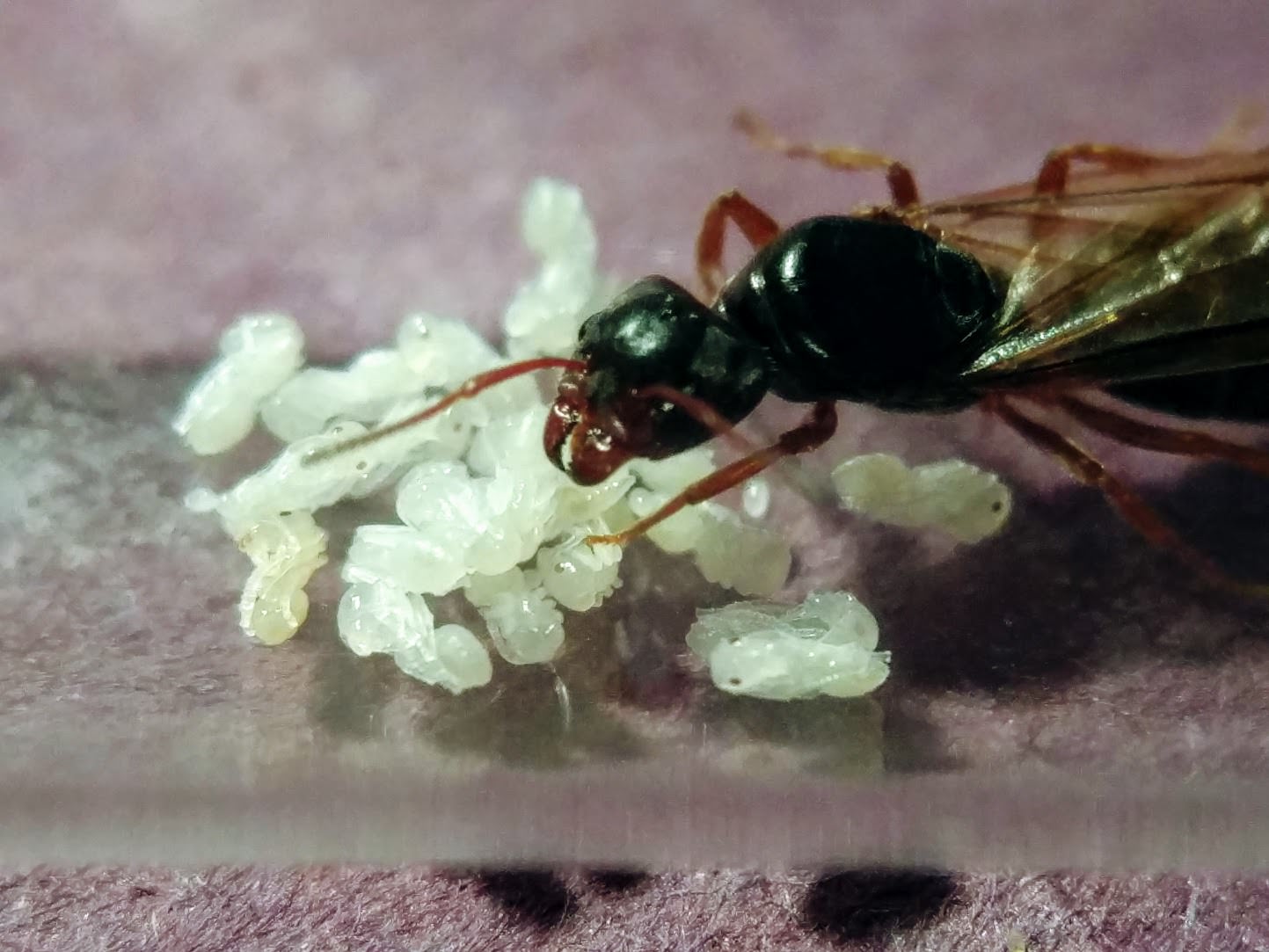 The queen sitting over her future gremlins 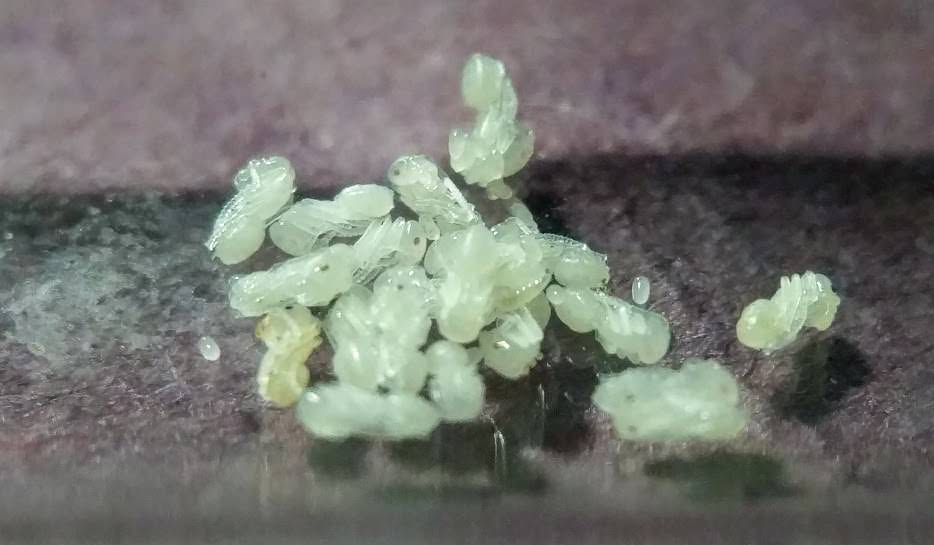 I will update this when she gets her first workers, probably in a week or two, or if I catch more.

Scrixx, they have very large amounts of nanitcs, as drew's many journals have shown.

I would think so, they have Pupae and eggs, and my guess is when the Pupae eclose, the eggs hatch.

Quite cool that the queen didn't shed her wings, goes to show that even winged queens can be fertile. I wonder how big you will be able to grow them to.

I find that queens which land on wet/shiny surfaces often don’t detach their wings, due to its change in texture and (hardness?)
I had one queen which cut off her wings half way after a few days though... dk how that worked out for her

I have decided to give this queen away to a cousin, as I have way too many ants to take care of and she was not doing too great. If I catch more I will probably keep them though.

This queen was up to 18 workers, but then got down to around 5.

Also tagged with one or more of these keywords: liometopum, occidentale, velvety tree ant, journal, ystheant