8 replies to this topic

I'm starting this journal for a more focused look at my Crematogaster species. I'll update on all my Crematogaster colonies, but I'm going to focus on my largest colony (colony 1). Here's my original journal. Right now this colony has about 350 workers. They lost a few from hibernation and when I moved them last night into their new setup.
Originally, the queens of my two largest colonies (Crematogasrtr cf. mormonum colony 1 and 2) were found in the same founding chamber in southern Utah during fall 2020. I split the queens up and one of them grew extremely quickly. Ironically, the larger colony in the beginning (colony 2) ended up being the smaller of the two, after they were exposed to toxic particles in their nest (resulting in a complete worker die-off). The queen of colony 2 continued to lay eggs, becoming my second largest colony with around 300 workers. The slower growing colony 1 is still the largest, but likely not for long.
At the moment I have a a Crematogaster emeryans colony as well with about 100 workers.
Here's a short recap of the last year or so of growth for colony 1, no heat until the summer months and 2 to 3 feedings a week.

The colony had four workers at this point, I had moved them to a home-made plaster nest after the queen got her first nanitics in a test tube. 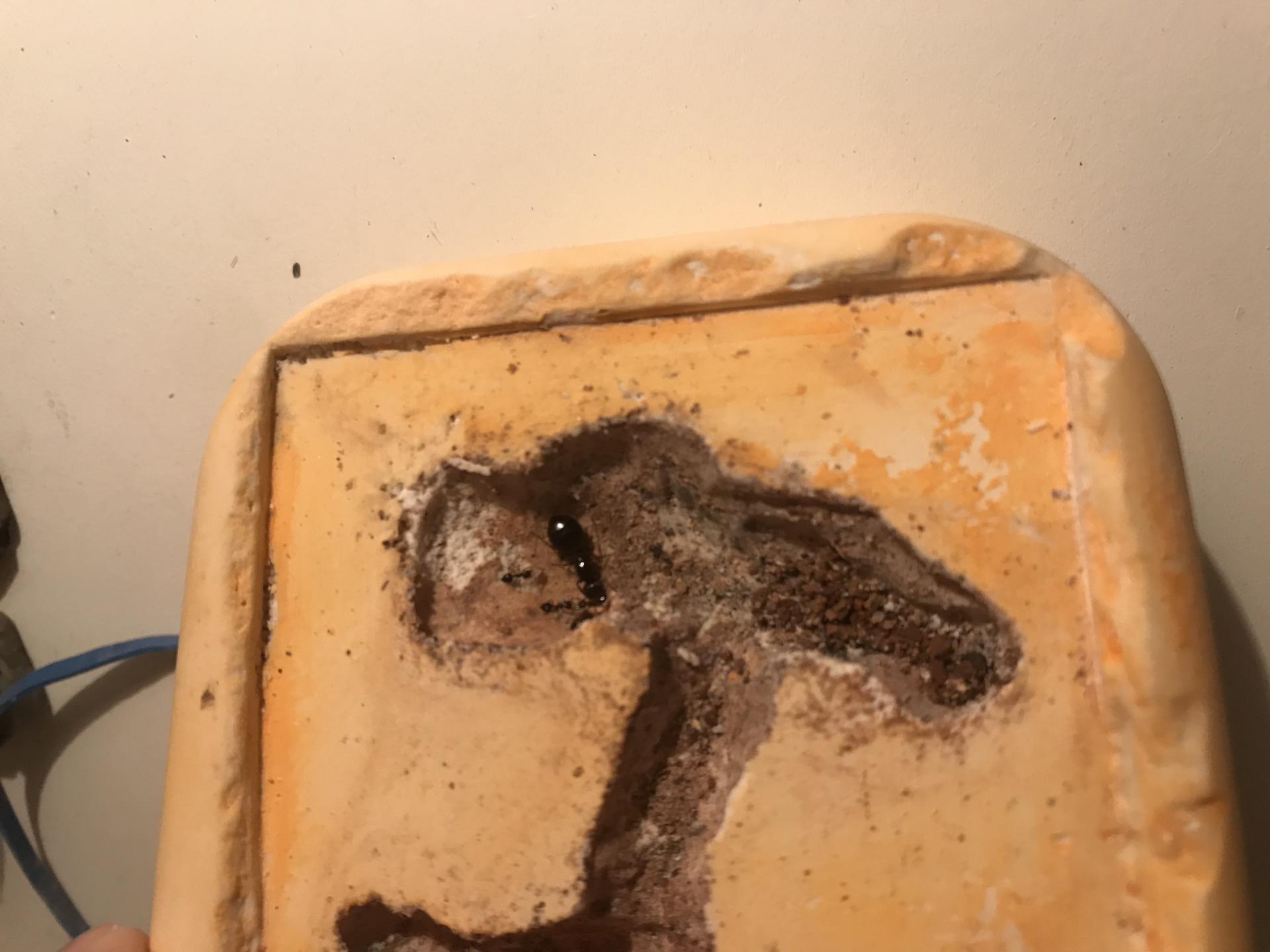 Around 20 workers. They had chewed through the nest walls, so I put their formicarium in an outworld. I started heating the colony around now. 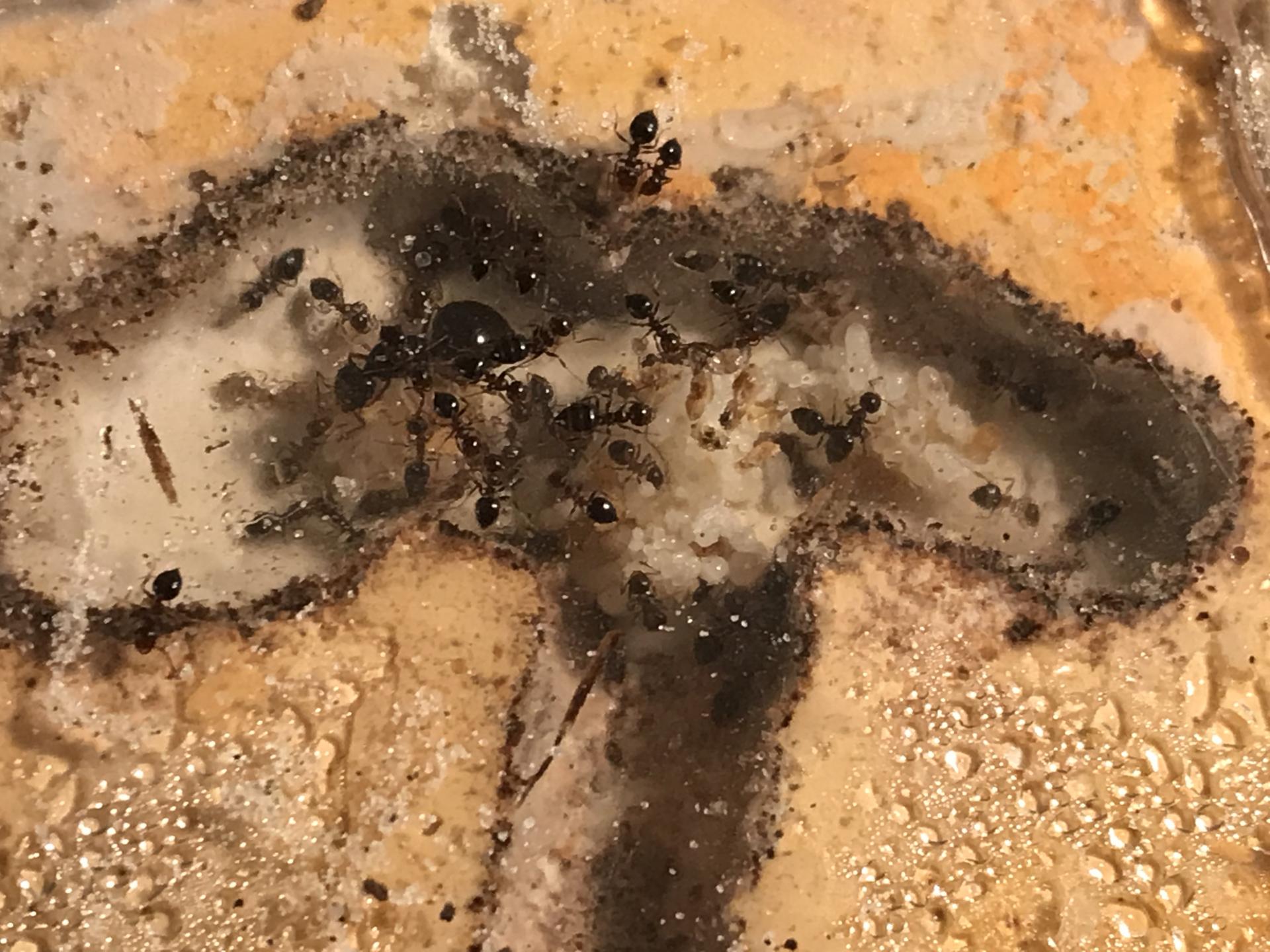 The entire nest was filled up Around 300 workers if not more. Beginning of offical diapuase, around 450 wokers. New nest, lost around 100 wokrers during hibernation and the move. It dosn't really matter though becuase of how fast these ants grow with heat I love this little ants, but I can never find a queen.

I love this little ants, but I can never find a queen.

Interested buying in ants? Feel free to check out my shop!

Feel free to read my journals, like this one.

I love how I bought the one fast growing Camponotus colony, and on month four, I am getting major cocoons and have only 20 workers, but also they eat like a superworm a day and get tons of eggs. The one thing I don’t like about fast growing species is the food intake.

I officially promote you to the rank of CrematoMaster.

He is the master of all Cremtogasters lol. That’s how you get queens of it lol

I officially promote you to the rank of CrematoMaster.

I sold the two large Crematogaster colonies which, if I'm not going to lie, made my life much easier. The queen of the emeryana colony just kicked the bucket, so now this journal needs a restart.

To replace them on this journal, I'm adding another poly emeryans colony along with a small species and colony of crematogaster in a foranto nest. So to start off:

They've chewed up the walls of their Foranto nest, but no tunnels yet. Fingers crossed it stays that way. Holy mother of pupae! This colony originally had the pupae before moving into this custom nest but all the new eggs and larvae were laid after the move. This colony's purpose is to mainly test the capabilities of this grout nest, ie. if they can chew through it given time. Quick update. All colonies were sold. I don't have any more queens of the genus either, so this will be discontinued for now.

Also tagged with one or more of these keywords: crematogaster, journal, utah