7 replies to this topic

Welcome to my Lasius flavus journal! I've had this colony for a while and have finally decided to start a journal about them

In my country Lasius flavus is colloquially called the yellow meadow ant. In the wild they live almost entirely off honeydew from plant root aphids where they get most of their nutrients from. Because of their subterranean lifestyle they are rarely seen above ground unless you start tilting rocks along grass fields (in the Netherlands at least), or during the nuptial flights

A short summary of this colony of the past few years: 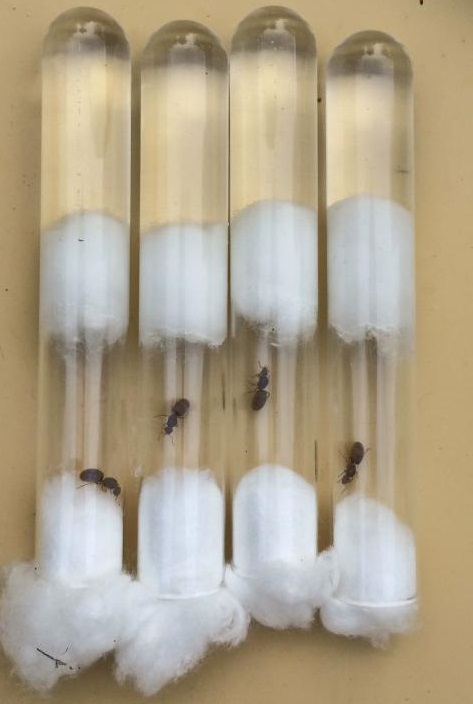 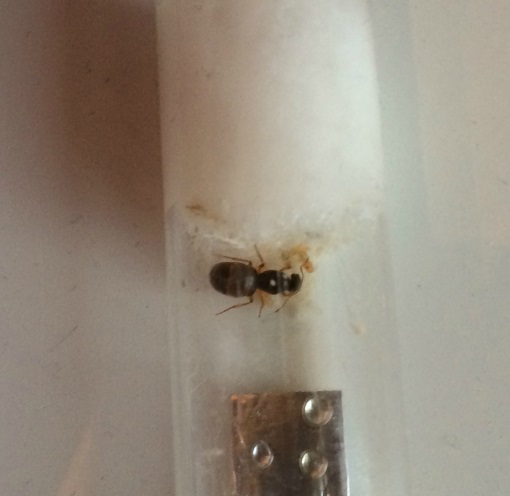 1 November 2018: First hibernation (picture taken a few weeks before). They end the first year with ~30 workers. I gave 9 flavus colonies away and kept 1 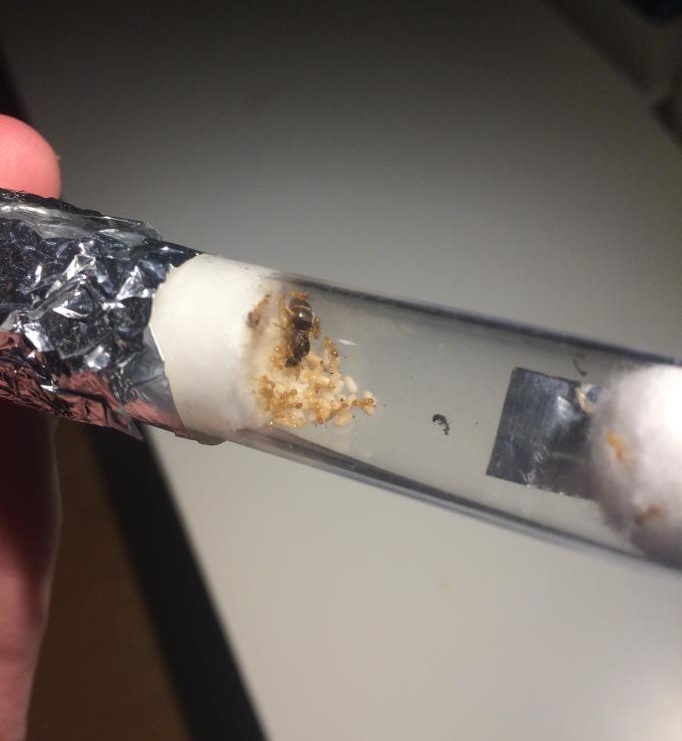 19 October 2019: One year later, they enter their second hibernation with ~250 workers 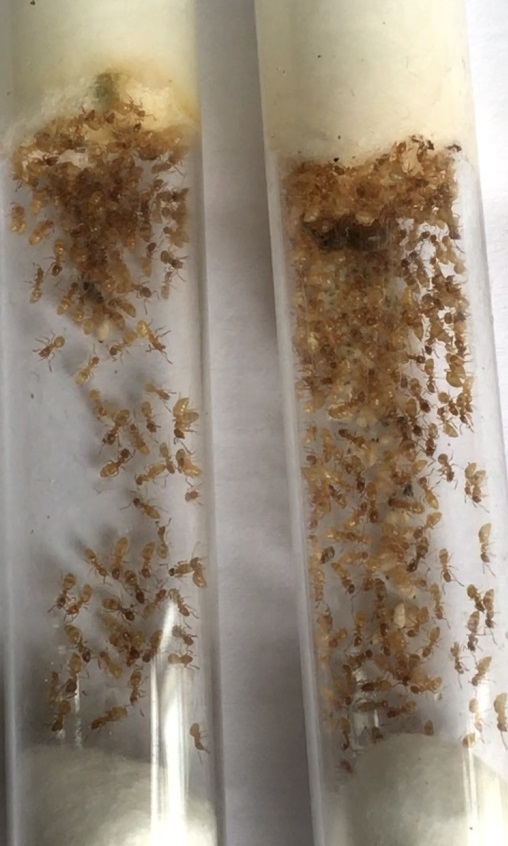 29 September 2020: One year later, they go into their third hibernation with maybe ~500 workers? They're still kept in a tubs & tubes set-up 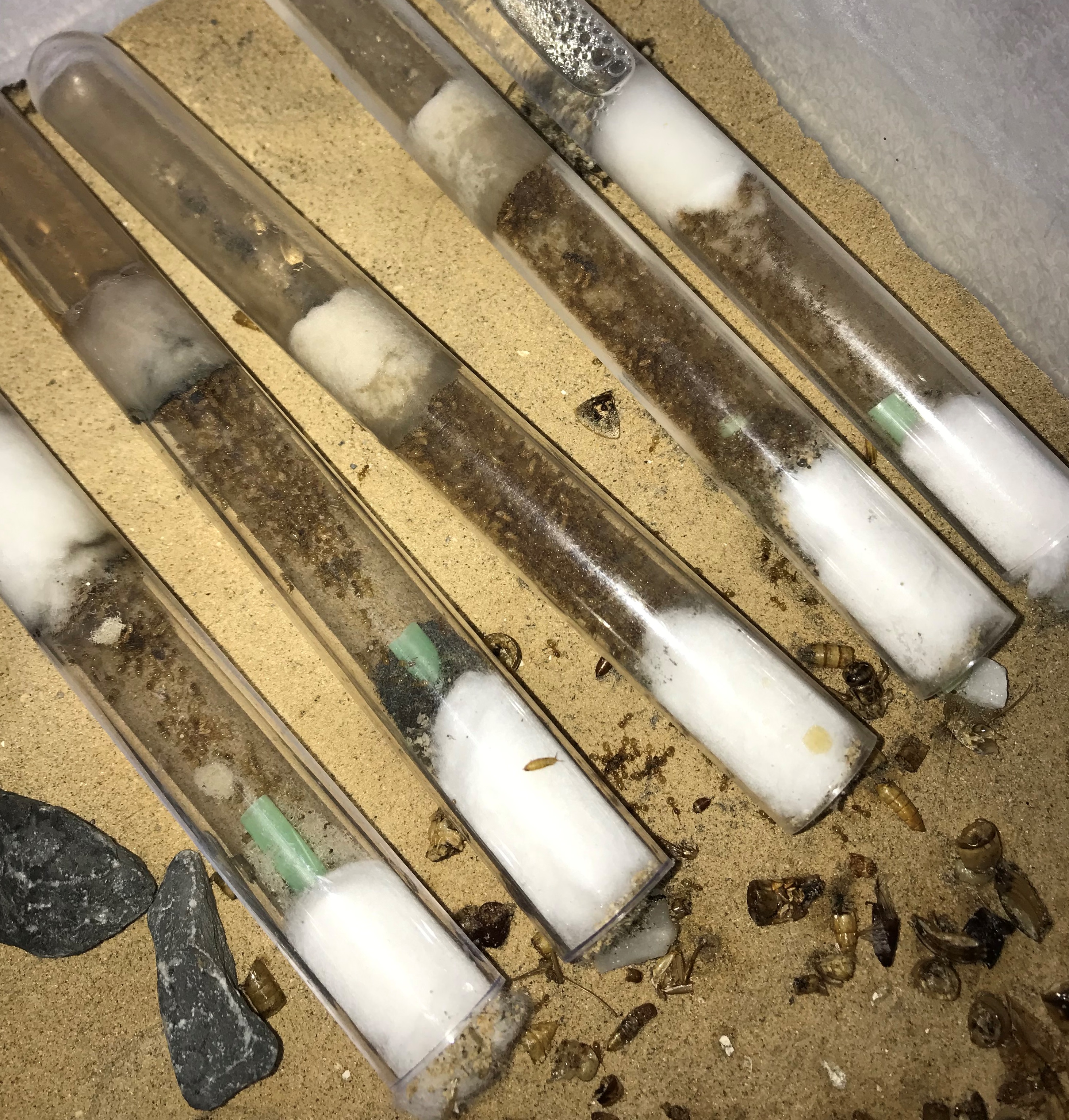 The colony was taken out of the fridge mid February

They hibernated with a nice amount of larvae, which developed into large piles of pupae as they left diapause. Lots of growth soon! 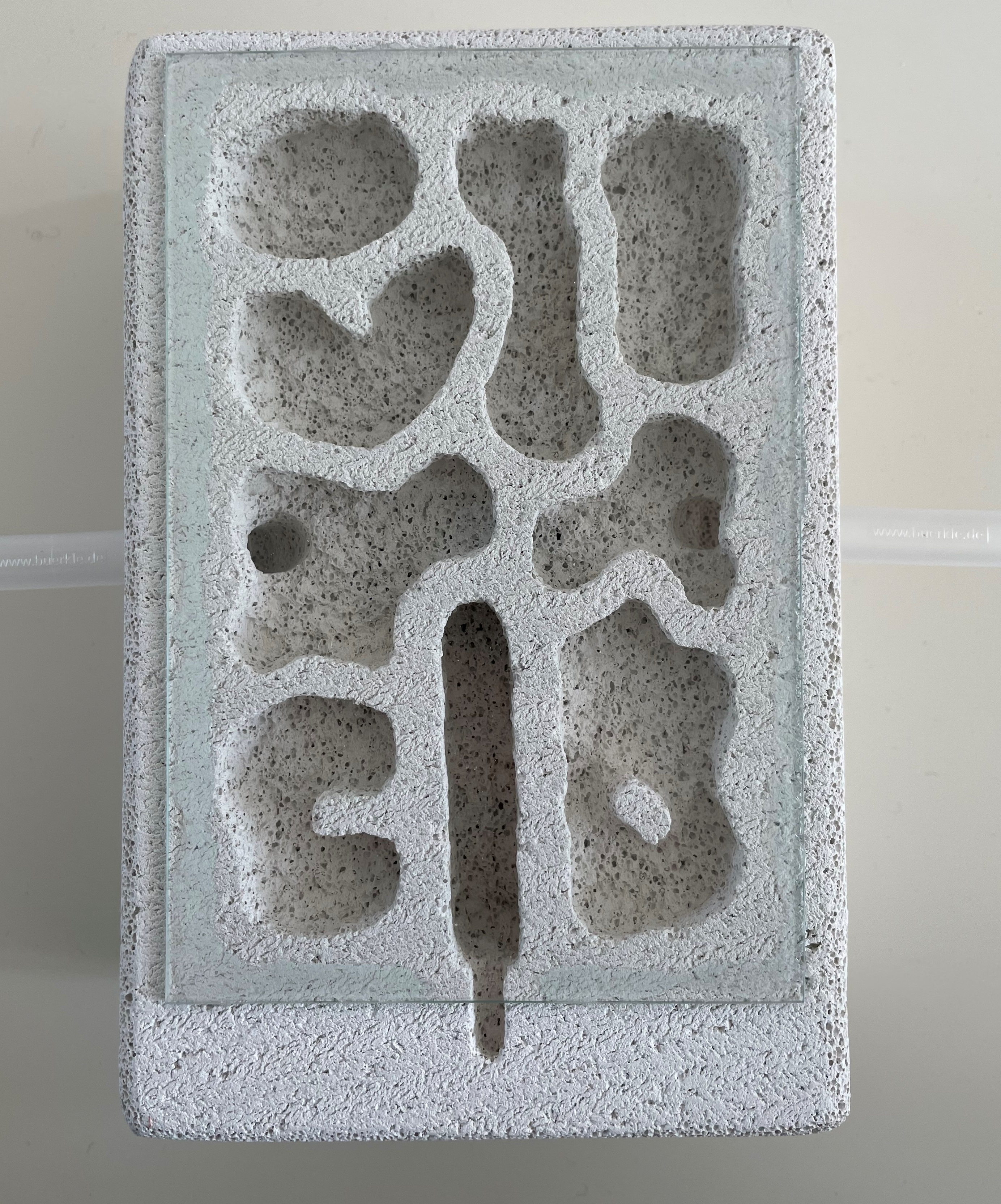 Also hooked up an outworld with soil from my garden (baked to sterilize it): 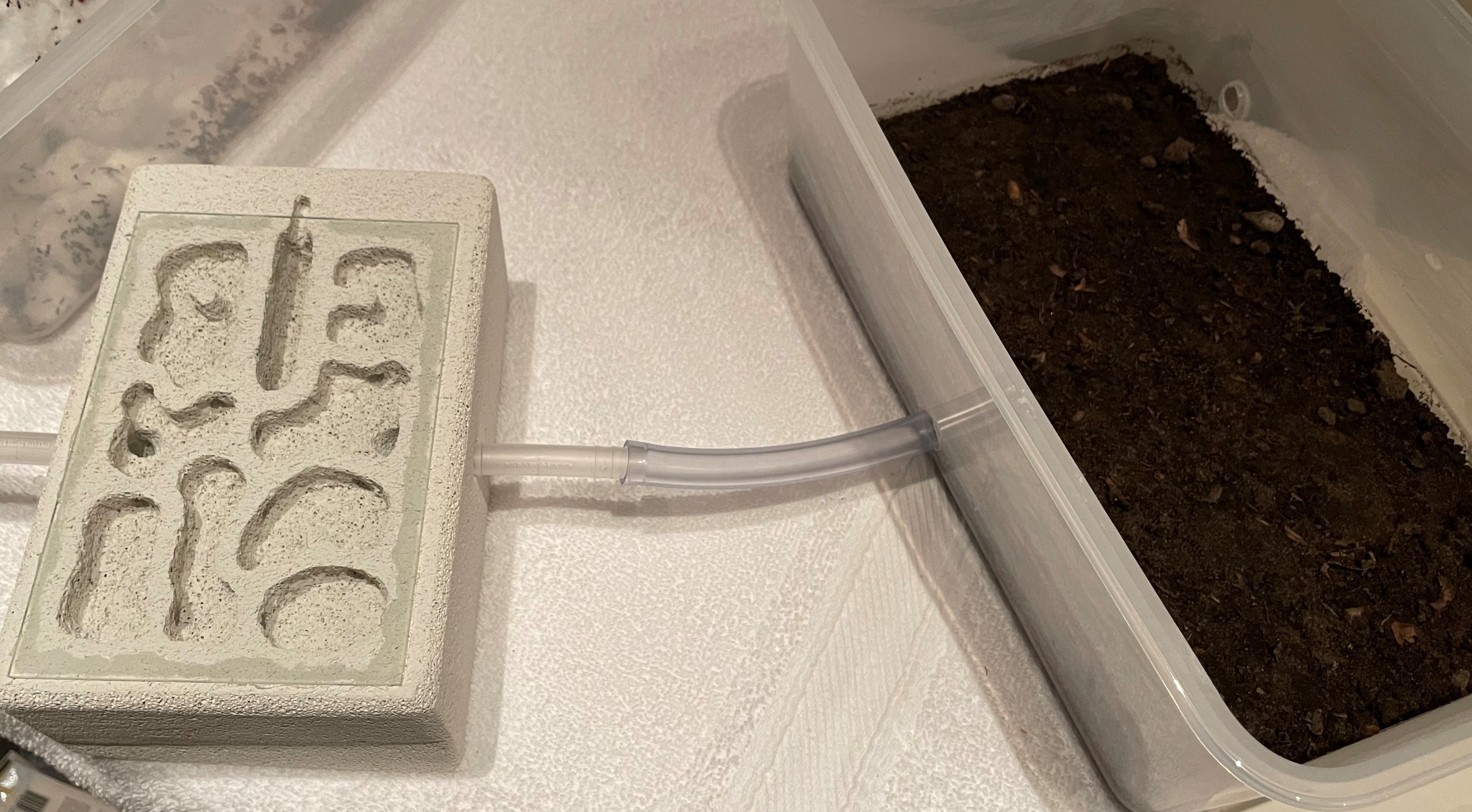 Placed them into their new outworld: 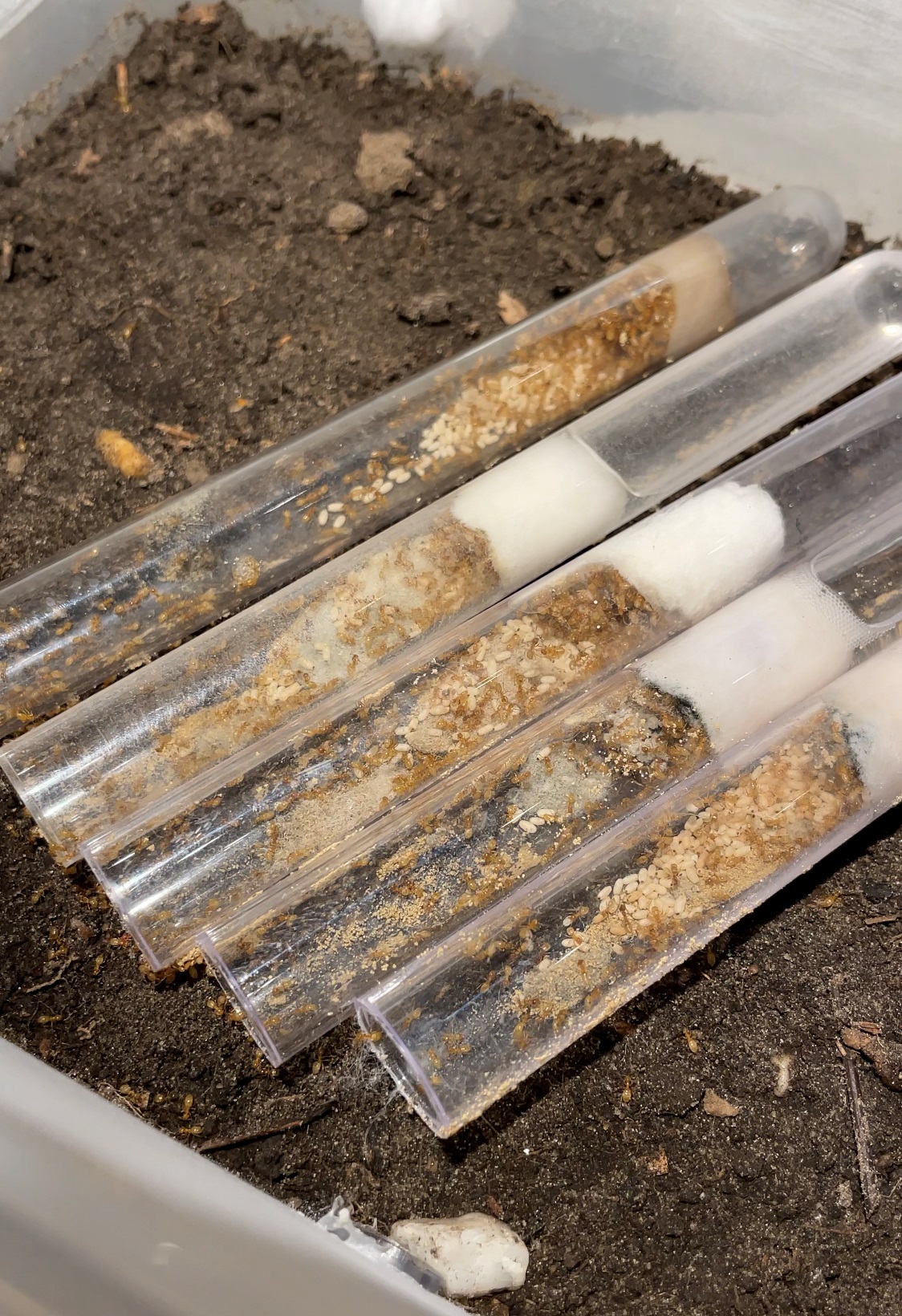 They wouldn't move so I eventually resorted to dumping them (except for the queen's tube): 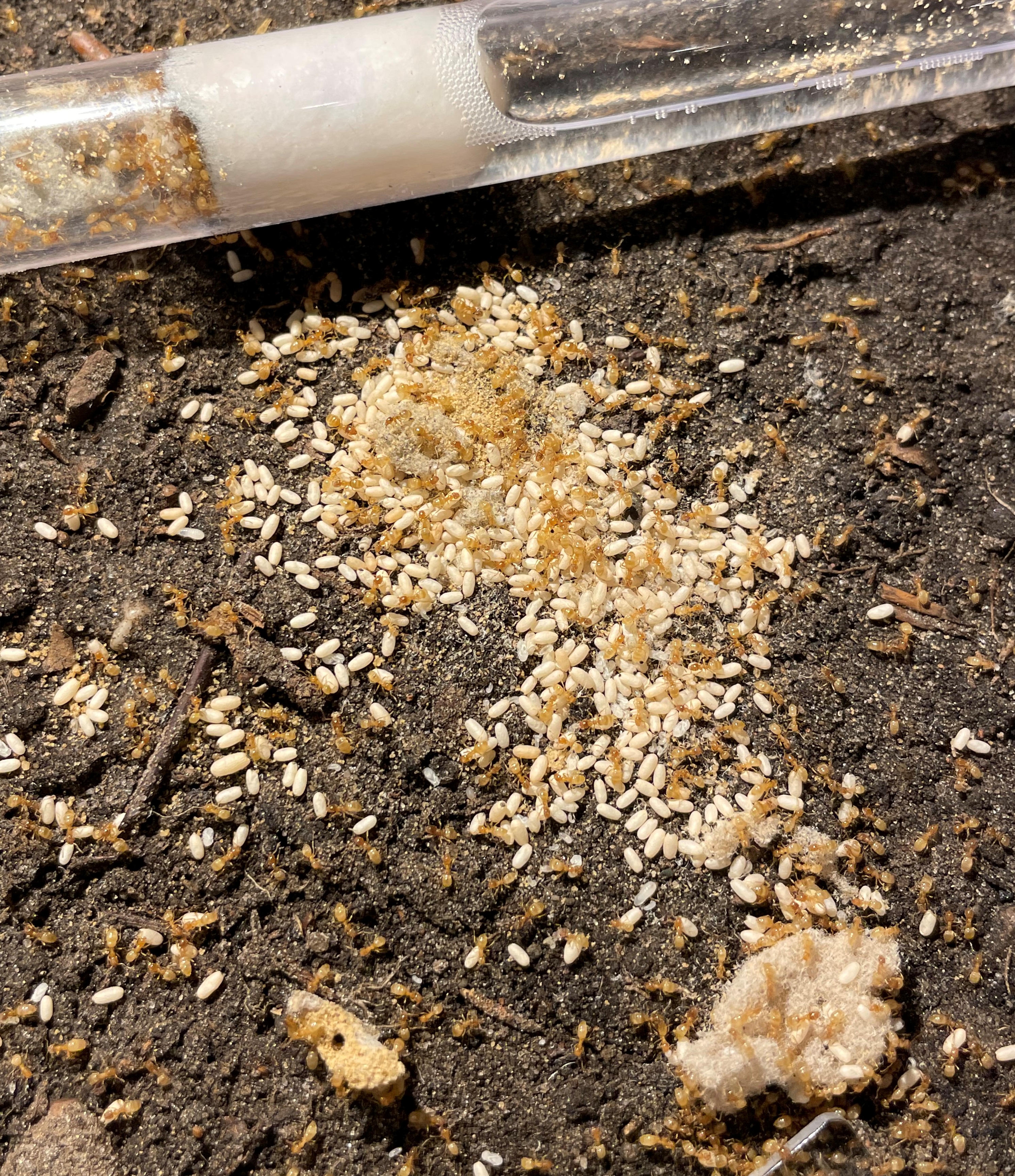 Pupae were the first to be moved into the nest: 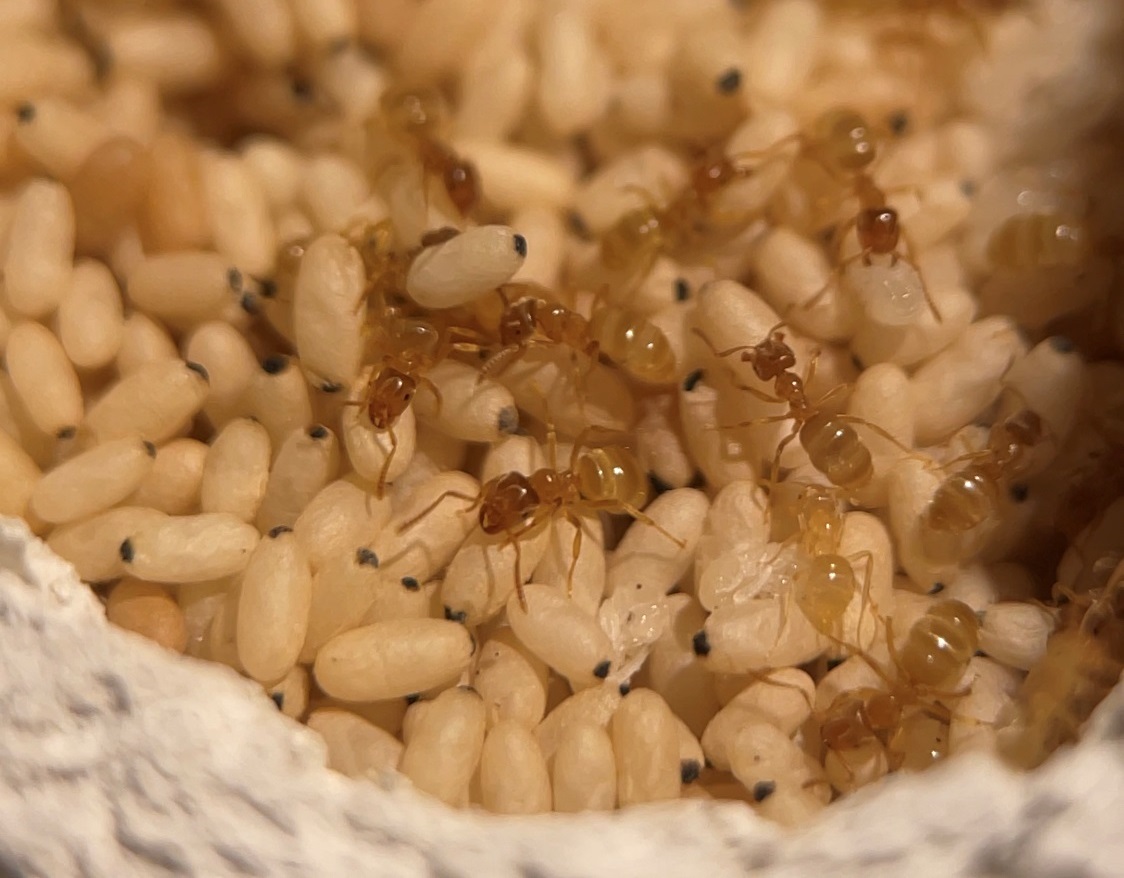 A small number of naked pupae as well: 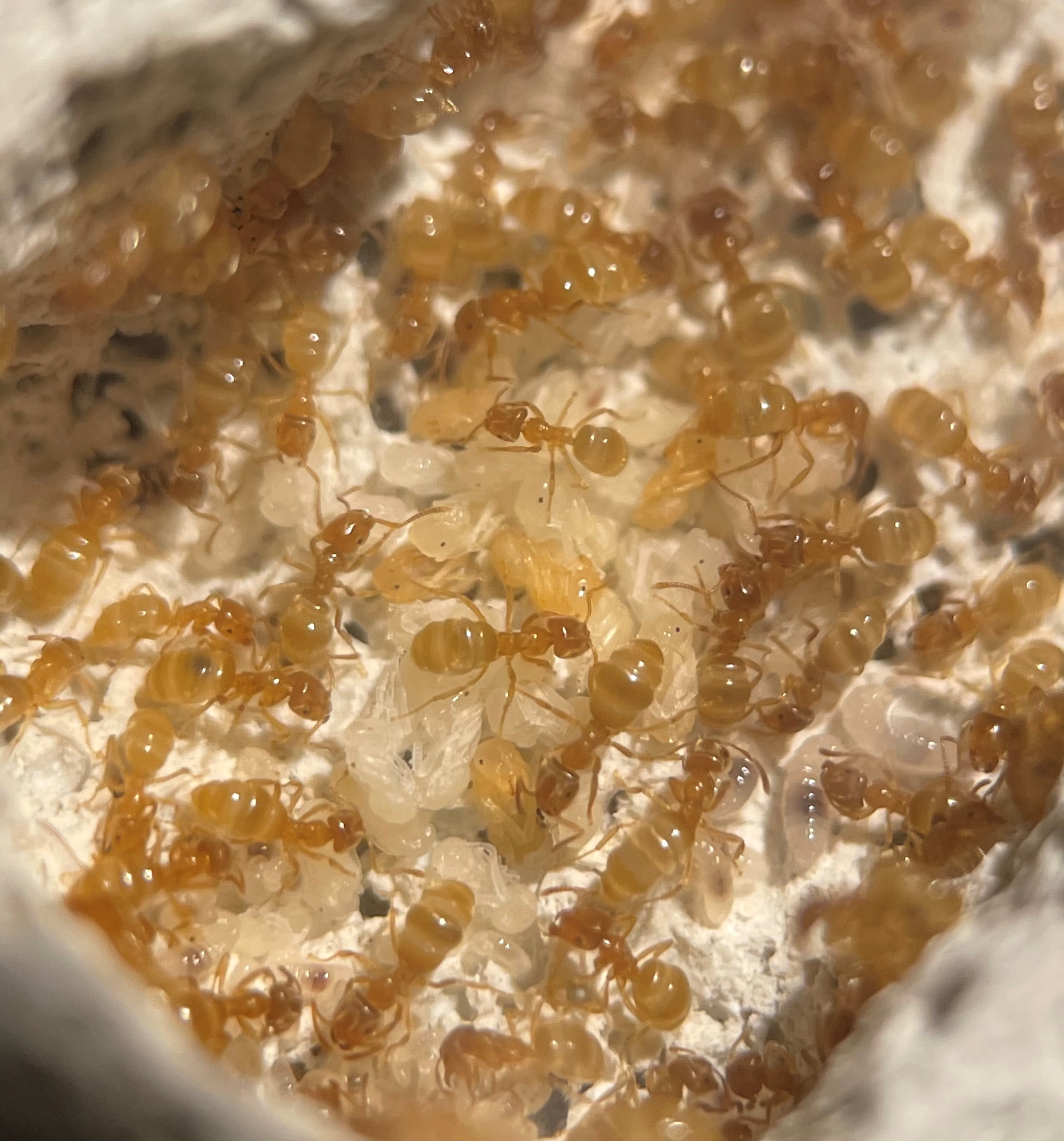 Most of them have moved in now! (except for the queen and a couple dozen workers) : 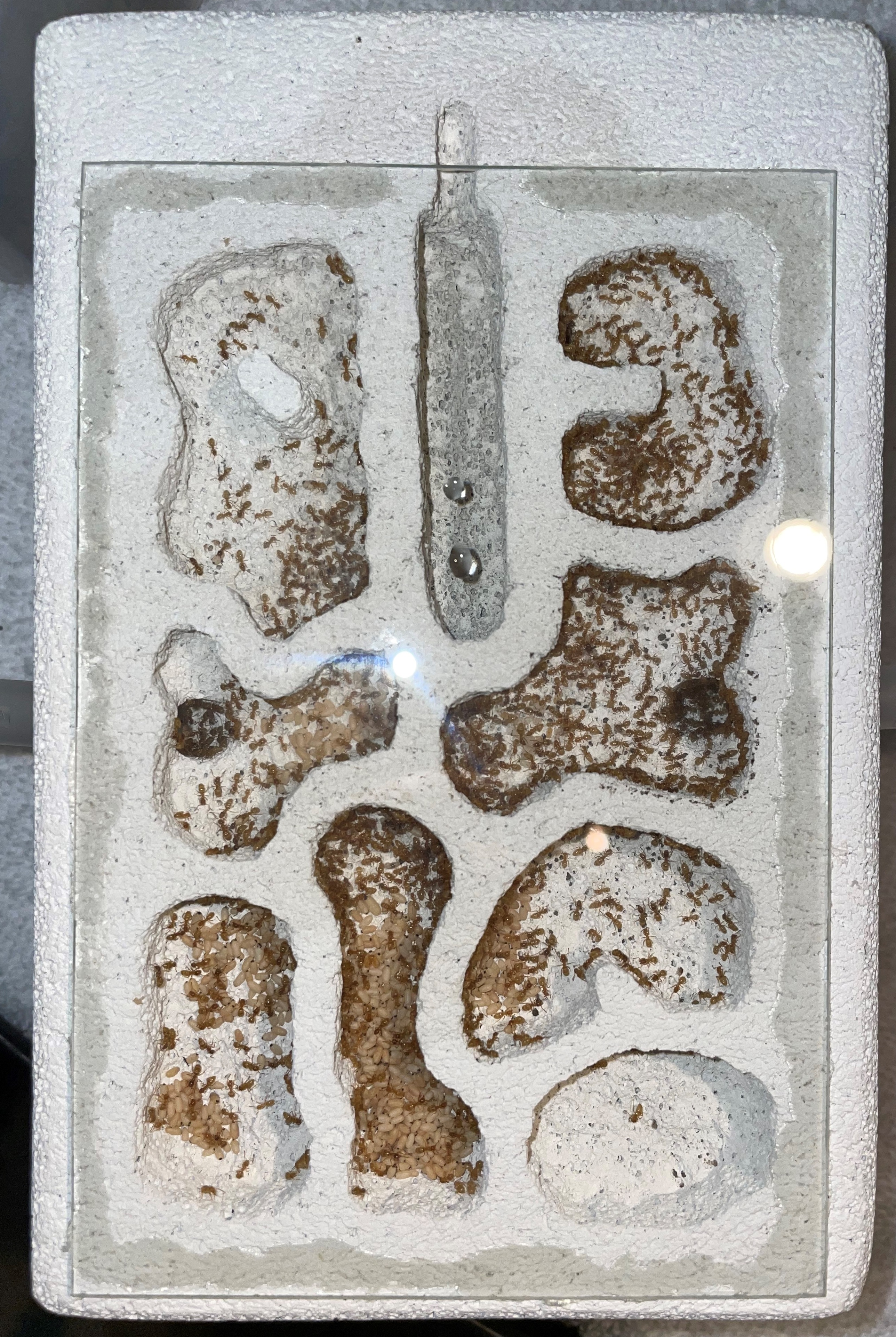 I've read your Lasius niger journal some time ago, and it always amazes me how your Lasius colonies grow,

Beautiful species, and excellent journal as per usual! I am still so bummed my one Lasius brevicornis queen died.

Cool formicarium. Nice work. What have you been feeding them?

Man look at that growth... has the queen moved yet? The others will move her soon if she doesn't lol.

Cool formicarium. Nice work. What have you been feeding them?

Man look at that growth... has the queen moved yet? The others will move her soon if she doesn't lol.

I waited three weeks and the queen still wouldn't leave the test tube. So I gently tapped it and she rolled out

The large pile of pupae from last update has eclosed. The nest slowly is filling up 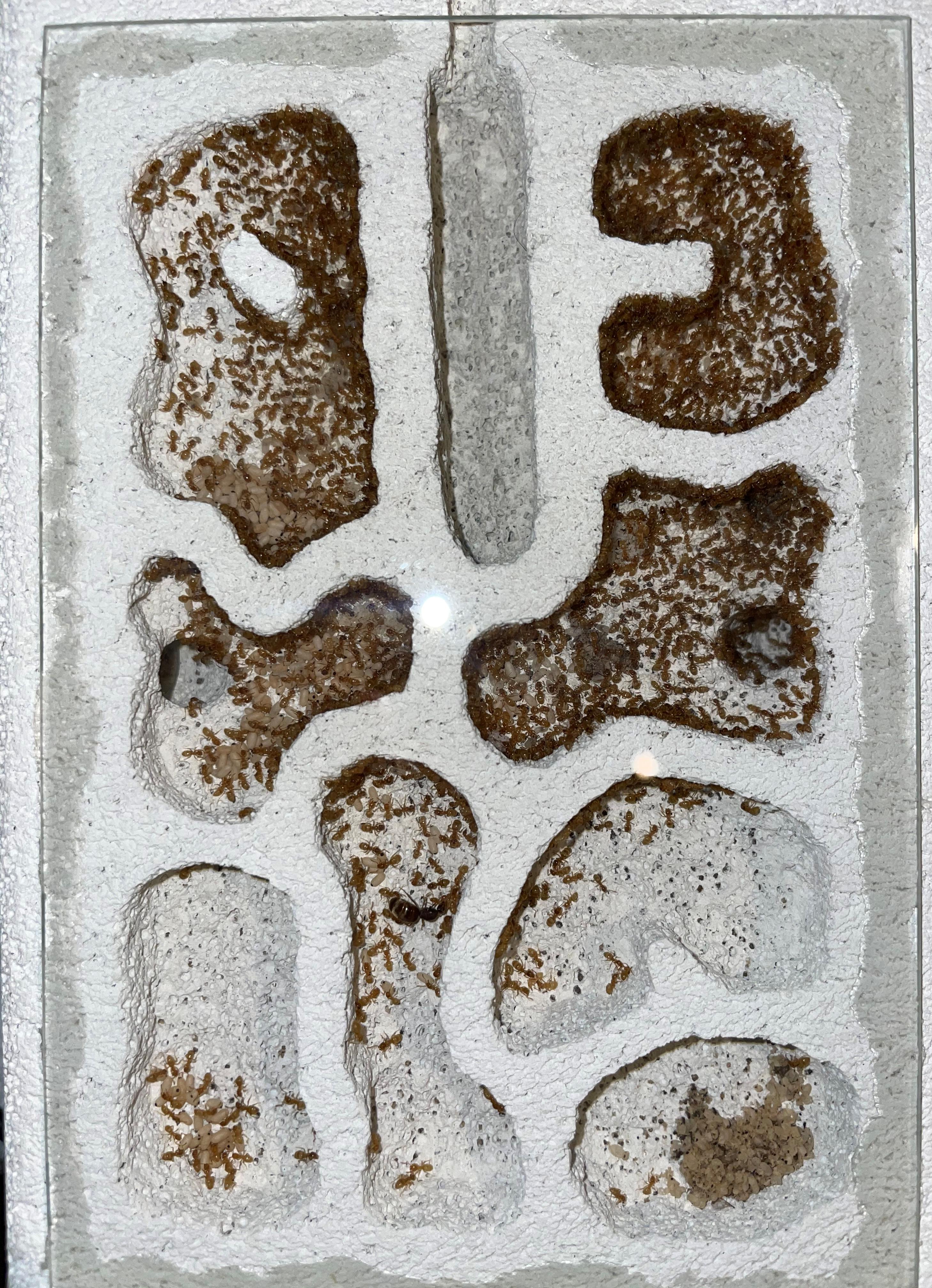 The top view doesn't really show how many workers there are

The walls are packed and crawling with orange: 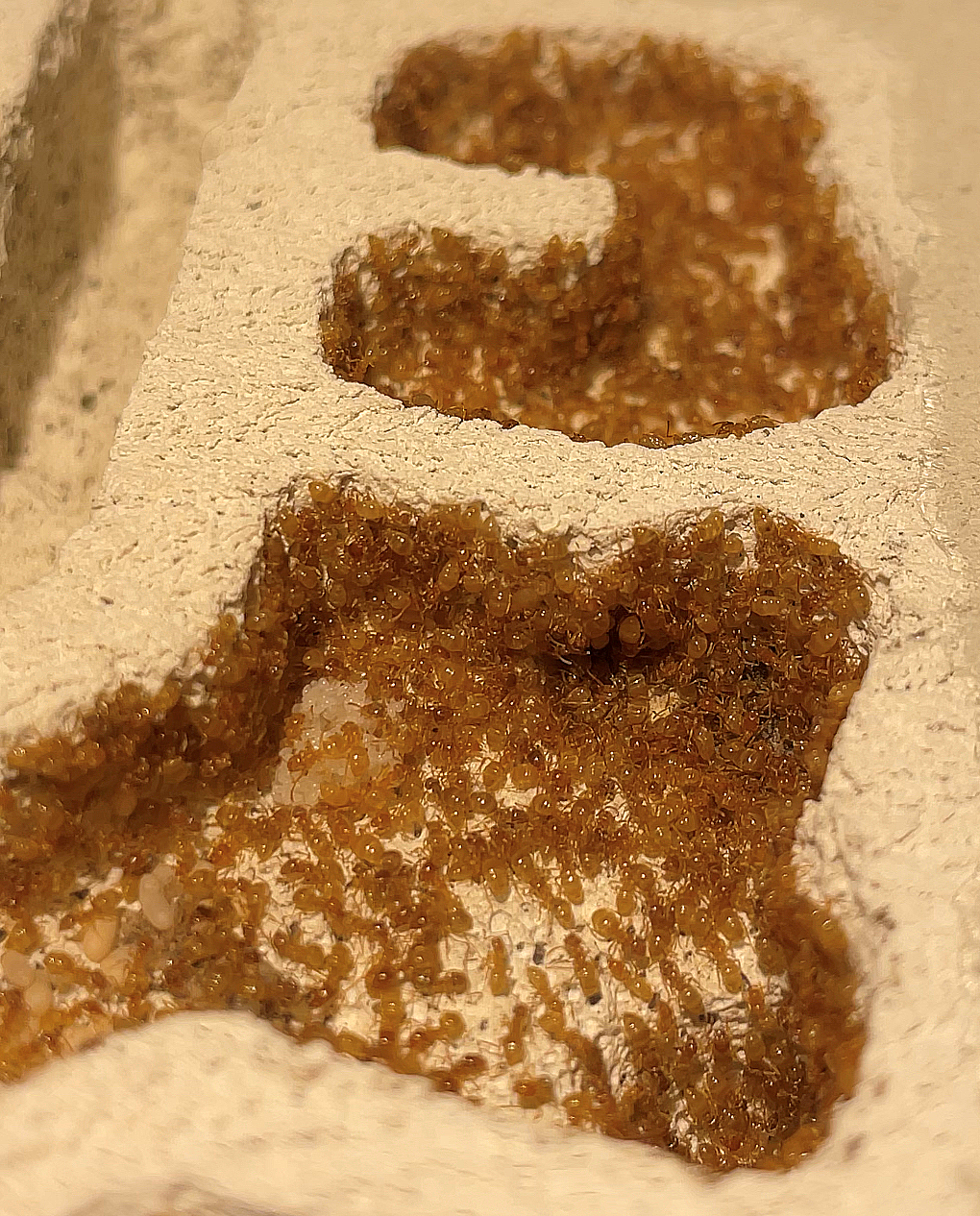 The queen refused to leave the test tube in the outworld, despite the rest of the colony moving into the Ytong nest

I carefully tapped her out of the test tube and the workers immediately moved her into the nest: 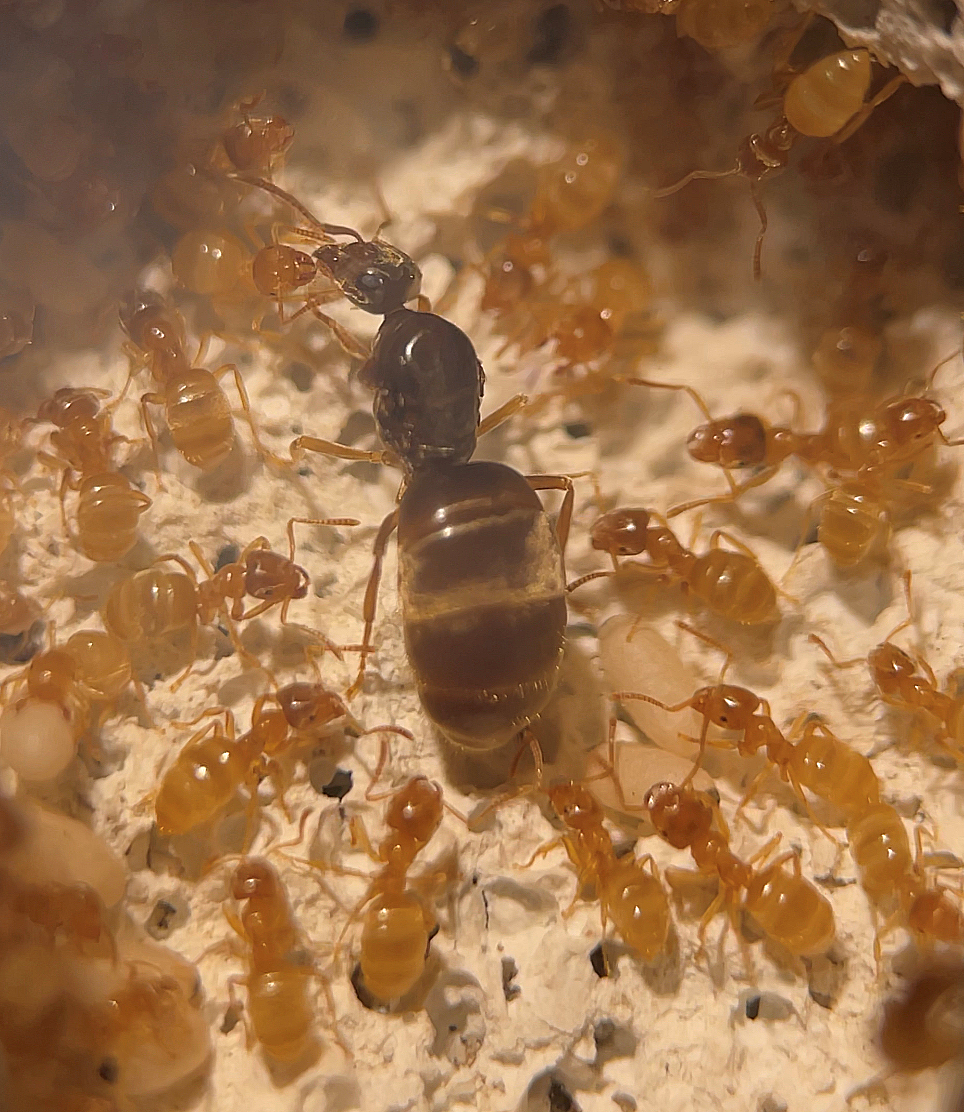 The colony has also produced a winged male. Maybe a sneaky egg laid by the workers that wasn't eaten

They did the same thing last year, when the colony produced two males at only ~150 workers

The male was killed a few days later 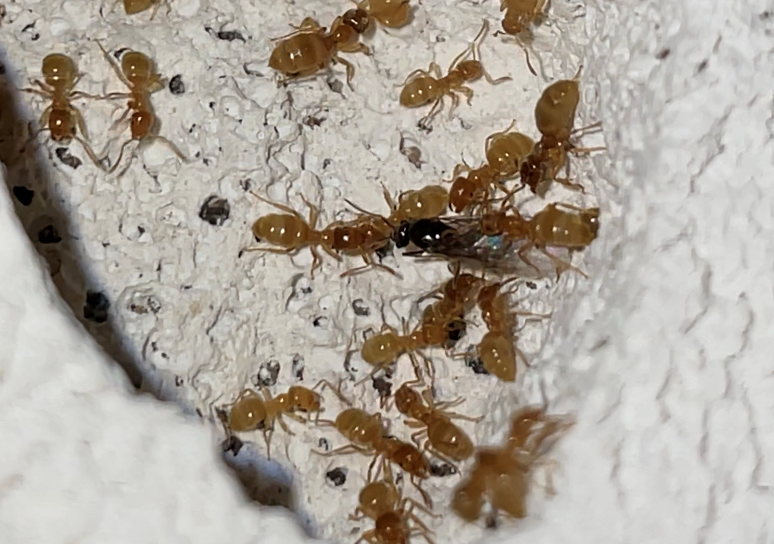 Do you happen to know at what point I should move my Lasius Flavus colony out of their test tube? They have around 10-20 workers currently. Also, I live in a very warm climate so I'm not sure if I should hibernate them. Or, should I just attach the test tube to an outworld?