44 replies to this topic

i do too.  i just think that ants are like the only animal that can get someone to keep plants.

Learn about our website AntsDakota, and help us develop and publish it!

Join our Discord, where you can discuss your anting ideas in peace!

I'm going to be honest... This colony, and species in general, has been on the back burner a bit. They're still doing really well, but my main focus is 100% on my Atta, and because of that the Acromyrmex have been relatively stagnant. They've still gotten a bit more fungus and have around 15 workers, not to mention all 4 queens are still playing nice, but when I have my Atta colony these guys definitely become 2nd priority. 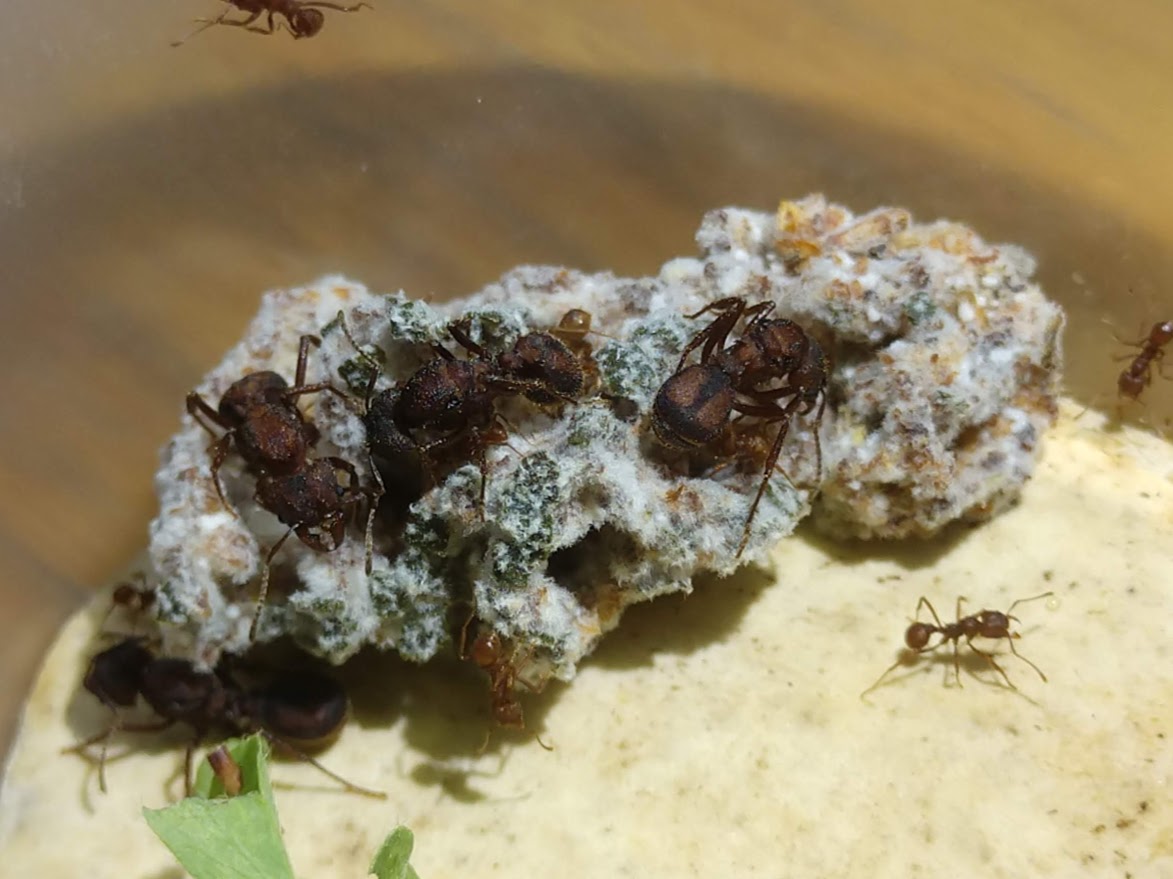 Still, despite my lack of attention, they're having pretty much no issues other than growing a bit slow. They could easily be 4x this size by now if I wanted, but honestly having a small leafcutter colony is kinda nice, they're suuuuper easy and chill and I don't have to worry about them really ever, so in the end I think things are still working out. I do hope to have both a large Acromyrmex and Atta colony eventually just to see how they compare with each other, but I'm sure I'll get there eventually. 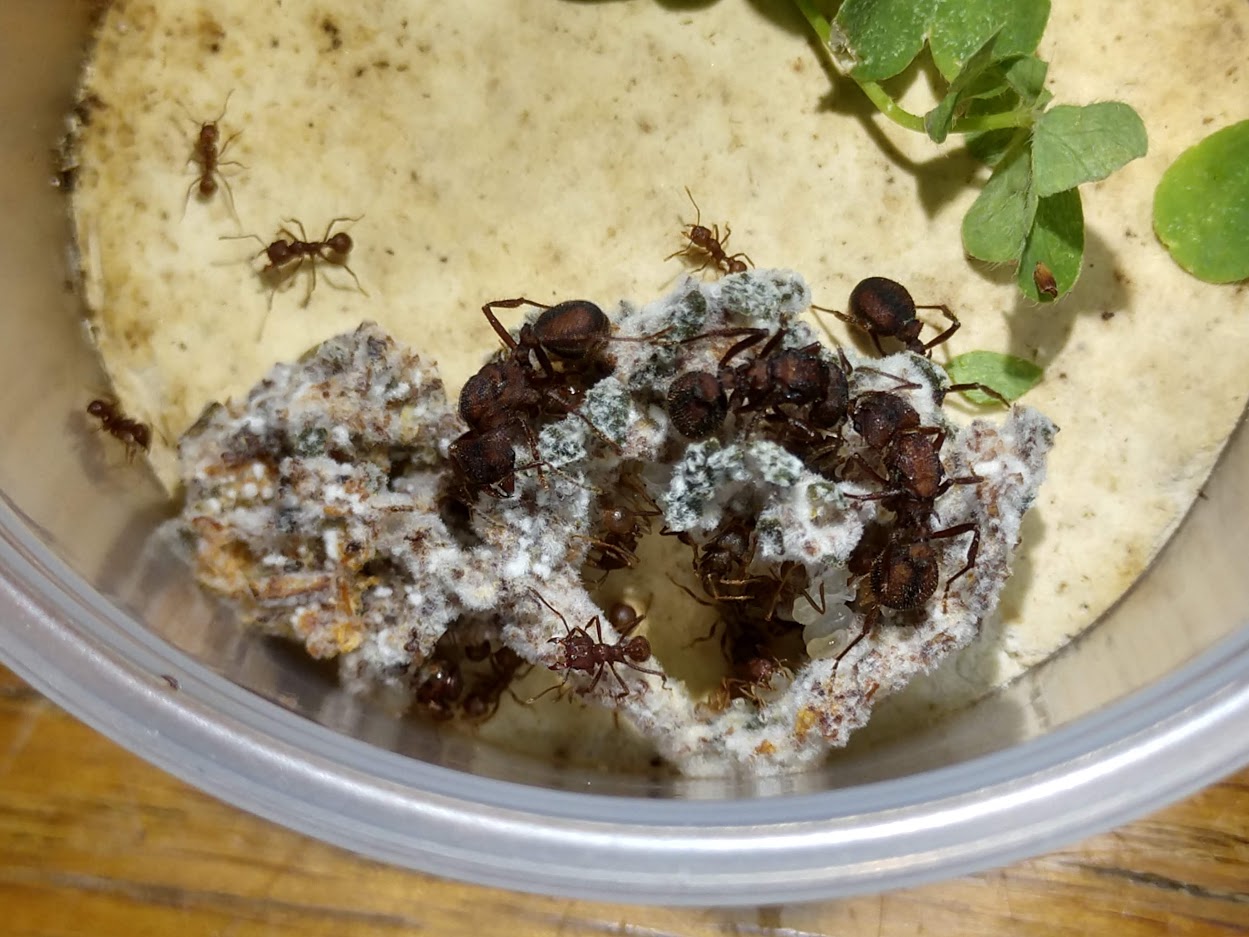 bruh leafcutters are so cool

Glad to see them grow

Nice journal. How do you hydrate these setups?