64 replies to this topic

Oh my gosh you are back! Nice to see everything is going well! 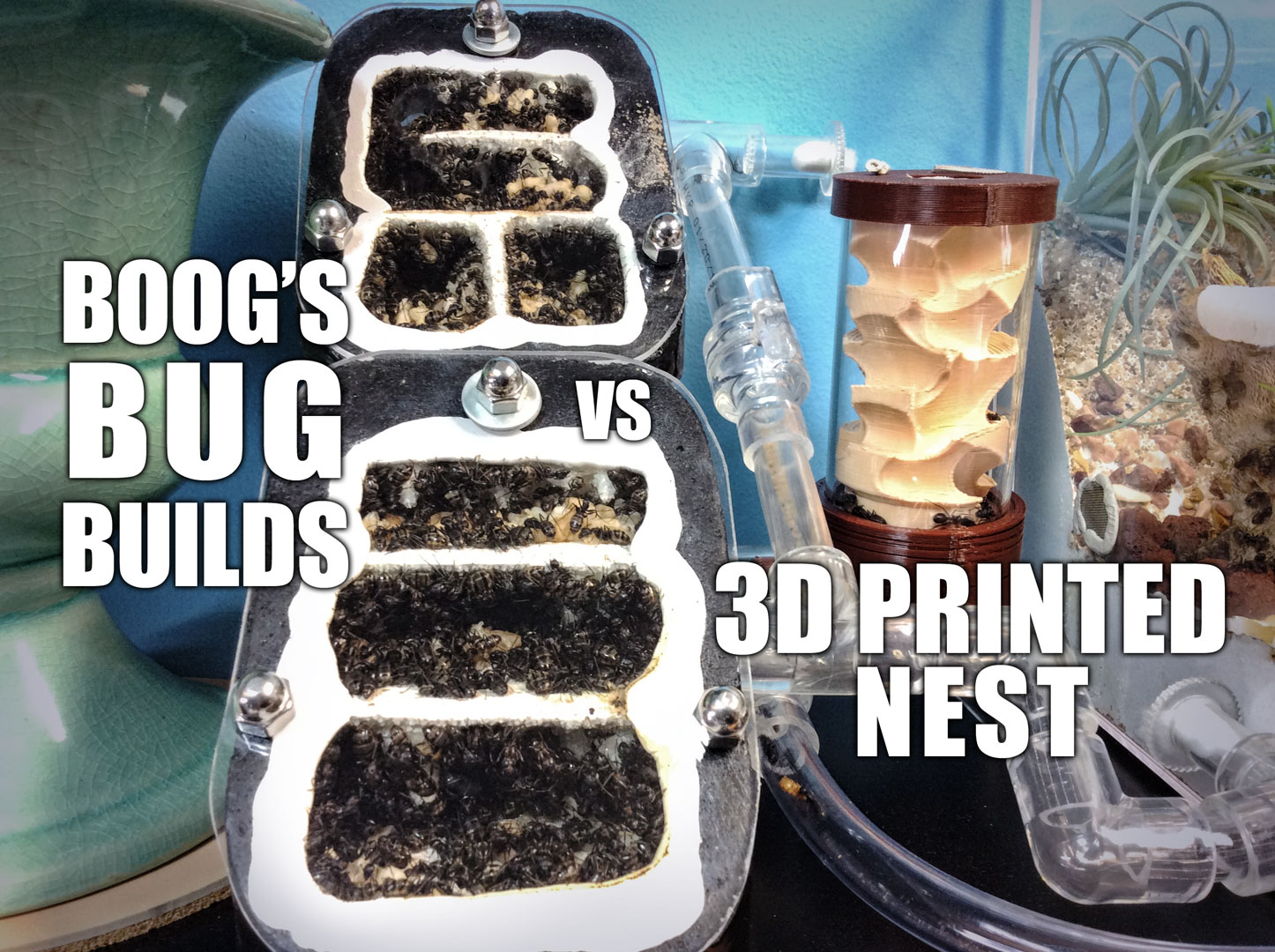 I introduced the 3D printed nest before I added the second DIY nest above and my ants seemed to prefer my builds as they moved in once I added the top nest pretty quickly and avoided the 3d printed Ant-Shack nest they had access to for a couple months. I had to disconnect the Ant-Shack nest due to some ants and one particular submajor getting their tarsal claws stuck in a gap inside the nest. It was terrible watching my ants struggle at the lower chambers of the 3d printed nest once I realized some were getting stuck there. The ants in general seemed clumsy while exploring the plastic nest and would tumble down and hit their poor heads as they flew face down first.

So I eventually disconnected it and had to take apart the nest in order to free the submajor that had been stuck for weeks. I'll either readjust this nest with some Milliput and epoxied sand for grip or retire the thing because it can trap ants

My Youtube channel: Ants Navajo               Keeping- Camponotus pennsylvanicus, Tapinoma sessile x 2, Pheidole sp x 2
"We may be witnesses to a Biblical prophecy come true - 'And there shall be destruction and darkness come upon creation and the beasts shall reign over the earth.'" - Dr. Harold Medford

I would choose Boog’s Builds over any other nest if I were an ant.

I would choose Boog’s Builds over any other nest if I were an ant.

Also tagged with one or more of these keywords: formicarium, outworld, diy