I first found a male of one of these a while back while running a black light out in Glamis, California.

Here's the ID thread I made for them.


Apparently the females live underground and rarely come to the surface, so they are a lot harder to find, but last year while digging for Acromyrmex, I came across one of them, possibly two. I'm not exactly sure which genus the male in the ID thread is, or the female I have now is, but it's either Arenivaga or Eremoblatta.

This is the male I found three years ago. 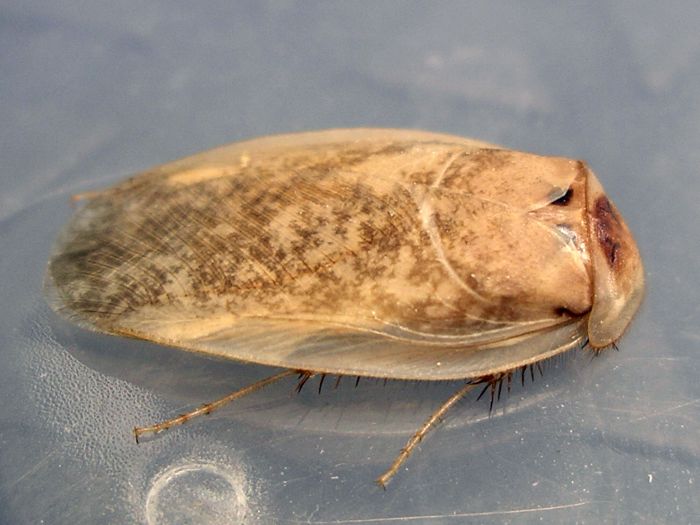 Here is the female and subadult possible male or female. 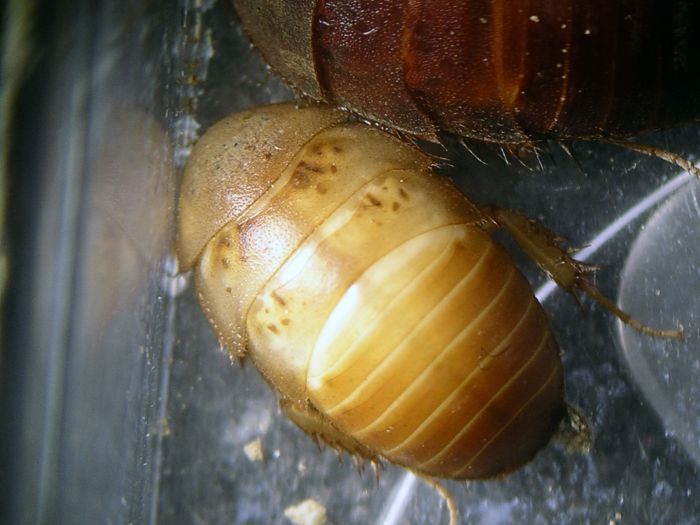 I decided to keep them in one of my Dirt Box formicariums. So far, I've had them for almost six months, and they have both grown quite a bit. I've been feeding them Formula Blue 100 ant food, pieces of fruit, feeder roach food, and crickets.

I've heard some roaches really like citrus fruits. Maybe give that try? Nice catch though!

this is a often very difficult genus to keep.  the relative humidity is often what kills them. the simple addition of something too moist can off them rapidly.

for moisture, use fresh insect frass or dried-out fruit slices.  they must be sufficiently dried to not allow humidity to rise and mold to spread, but they must also have enough moisture to sustain the roaches.

all my attempts to rear A. investigata always fail eventually when a storm rolls in and relative humidity goes way too high then they all bloat with too much water and die.