Hi, this is my first journal and I'm doing it on my Myrmica sp. colony. Just a few days ago the colony just got their first nanitic, and has a large brood pile. I caught two Mymica queens on the wall of my house at around 7 p.m. on September 14th 2017. One queen had all of her wings on and the other one only had one wing on left. Unfortunately the queen with all of her wings died two weeks later but I believe that she was infertile anyways. Here is a photo of the queen with only one wing on. 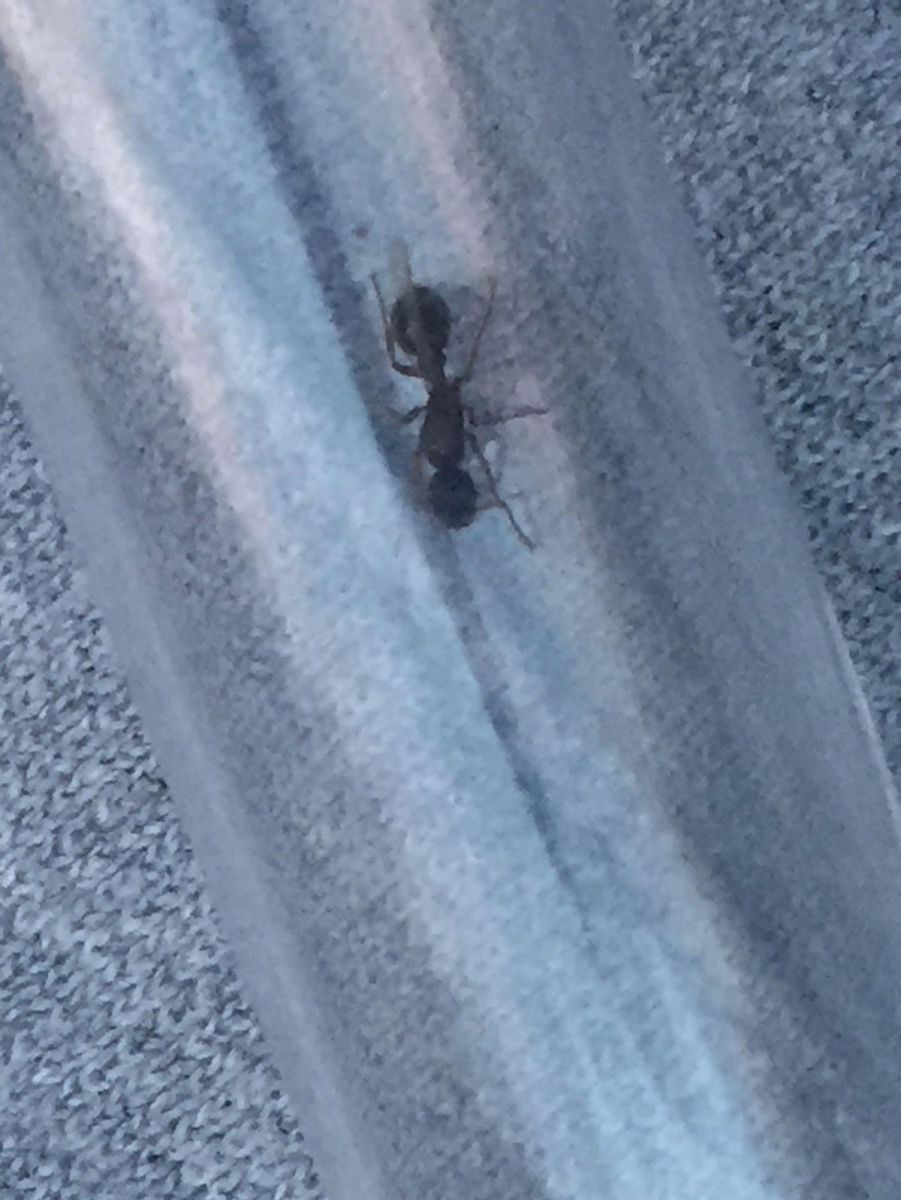 After I caught her, I started to feed her weekly sugars and protein. It took her a few weeks of feeding for her to lay her first eggs.
October 10th, 2017
This is when she laid her first batch of eggs. She had about 4-5 eggs. After she finally laid eggs, she took off her final wing. About 20 days later she got her first larva.
November 3rd, 2017
This is when she had her first larva and here is also some pictures of the larvae going through development to pupa. Here is also a few more photos of the pupa also. November 28th, 2017
This is when she had her first pupa. It was only a few more weeks before she got her first nanitic. 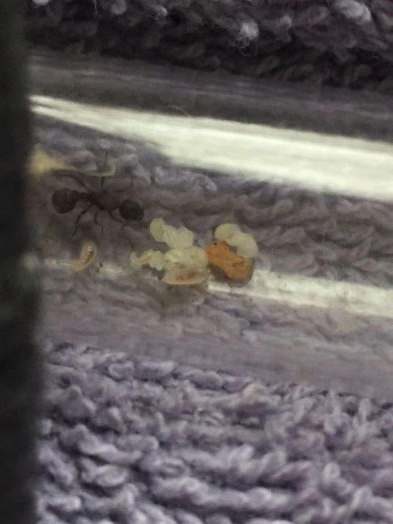 December 19th, 2017
First Nanitic! Last Tuesday she got her very first worker. As you can see in the photo, there are 3 pupa, 3 larvae and some eggs. As of today the colony currently has 4 pupae, 5 larvae, and 3-4 eggs, in the next few weeks the other workers will eclose.

Good work, I have never gotten this species to get even it's first worker with a single queen. My success came with multiple queens together.

Caught two queens in in April while they were foraging. They are both in separate setups and both refounded very well, one queen is doing very well with about 40-50 workers. The other was not as successful and only has about 10-15 workers.

Today the 2nd worker eclosed. Here is a photo of it, it's really hard to see though because it had just eclosed. It is right in front of the queen. So now there are 2 pupa, 5 larvae, and 3-4 eggs I believe. For Christmas I got a small nest from Tarheel Ants and I am planning on trying to move them in there soon. So the next update I post will be when they are moved into the new nest. You may notice in that photo that there are 4 workers. In my last update there were only 2. So the last 2 pupae of the first generation have eclosed. At the time that I am writing this January 13, all the workers have darkened so there are no callow workers anymore. My friend also recommended to me that I should add some substrate to the outworld so the colony can used it to modify their nest a little bit. They used the dirt to change up the entrance of the nest which you can see in this picture. It is really hard to count the amount of brood that they have because of their location in the nest but I was able to see pupae and larvae. I'm not sure if the queen has laid any eggs since the move but I'm pretty sure she has because the brood pile has gotten larger since when I moved them in. Also here is a picture that I took of them today. I will post another update soon, thanks for reading.

So for last month not much has really happened. They have doubled in workers since my last post, so they now have 8. They seem to be slowing down a bit. I'm not sure but I think they may have been eating some of their brood. They currently have 5 pupae with one about to eclose, like 1 larva and 4-5 eggs. For the past month I've also been just feeding them mealworms and honey and they have been eating it, but I don't think mealworms are that good to feed ants with. So today I got some crickets and I fed them one and they loved it. Hopefully feeding them a different source of protein will help them grow.

Also tagged with one or more of these keywords: myrmica