I have two Camponotus pennsylvanicus colonies. Mostly because you all scared me with tales of how easily the queens can just randomly die in the first year or so. I really want to document these colonies to a large size and over several years. So, having two seemed like a good idea.

One colony is in a wooden nest I made myself. The nest is pretty small.  Their outworld, however is large. It has rocks and sand and they like to explore it in groups of 2 or 3 ants at a time. I've never seen more than 4 ants outside of the nest at once... which is normal for a colony of this size. I do not water their wooden nest, but they have two water feeders in the large outworld and that seems fine.

The other colony is in a more typical 3D printed formicarium with a clay flor. Their outworld is small. They also never have more than 4 ants out at once. They have a "nestmate" for water right in their nest and water in the tiny outworld.

The colonies are the same size with 15 and 18 ants respectively. They have similar brood piles and eat the same diet. So, what difference could one colony having more space and a wood nest make?

The only difference I've observed is the ants in the larger space are MUCH bigger. They have not produced majors yet, but I see a few medians, with wider heads and bigger bodies.

I wonder if the size of ants is influenced by the size of their space? Or maybe it's just a fluke? Have any of you noticed something like this in polymorphic species?

I was worried that I exaggerated in my other observations. So I decided to photograph both colonies. 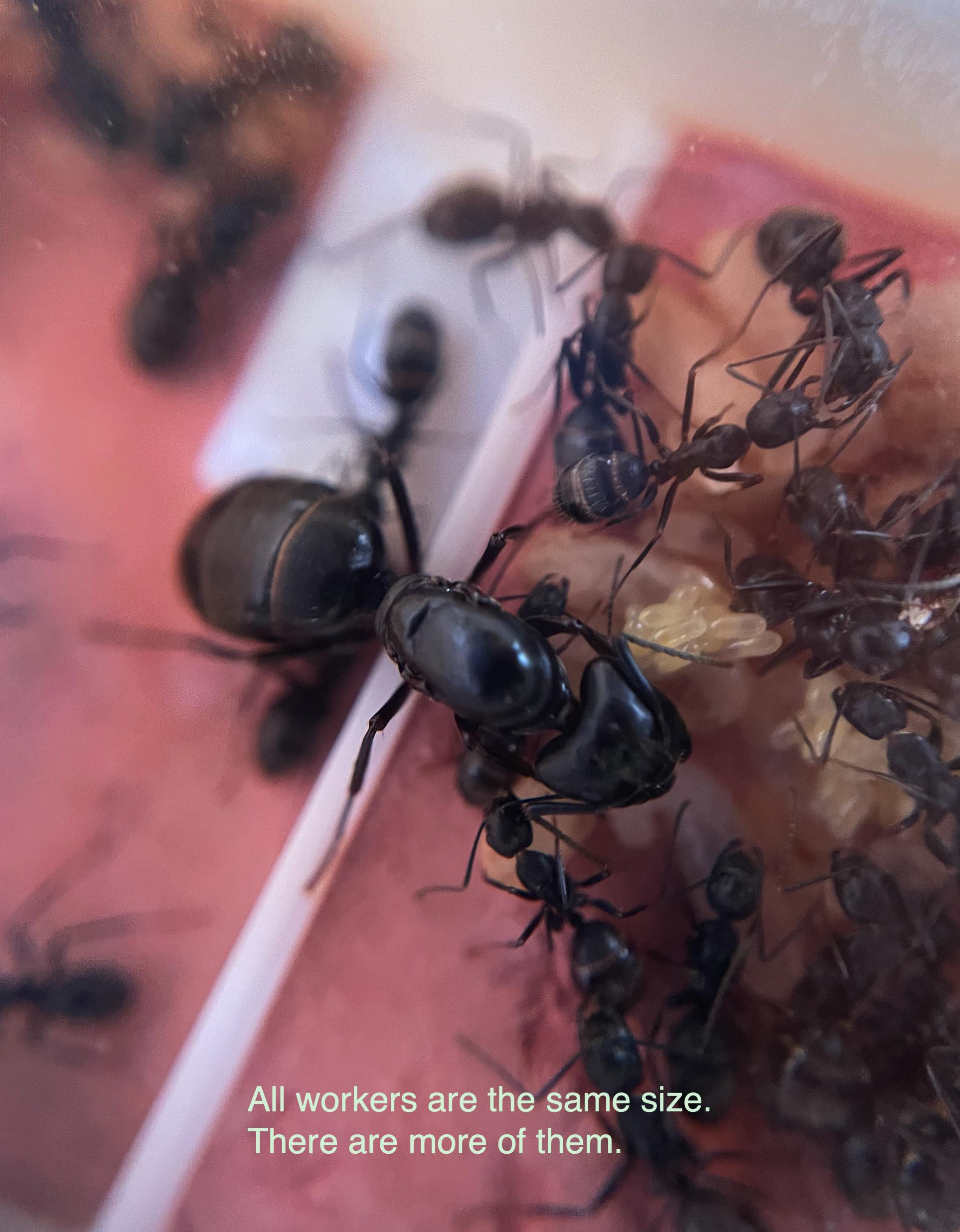 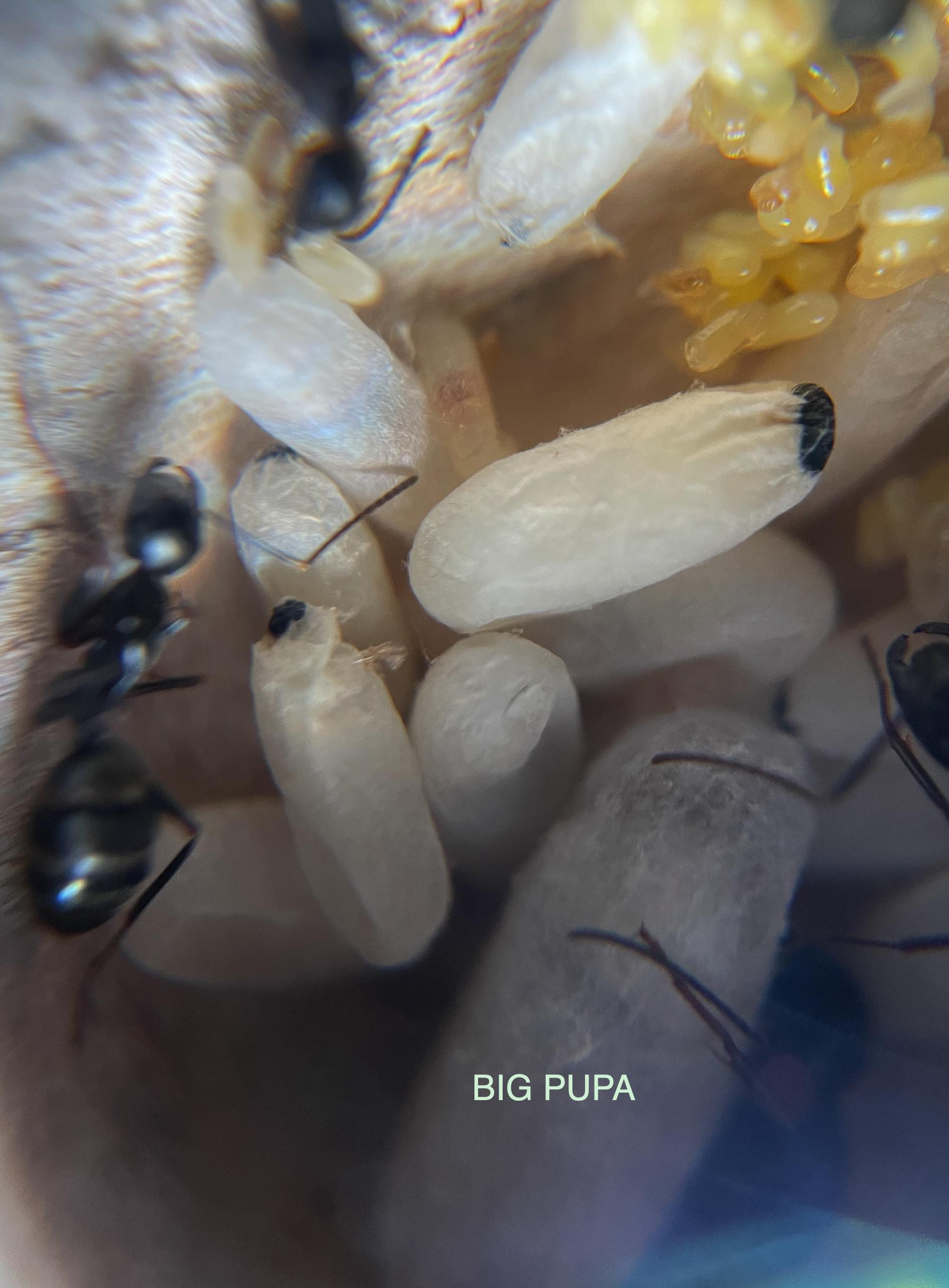 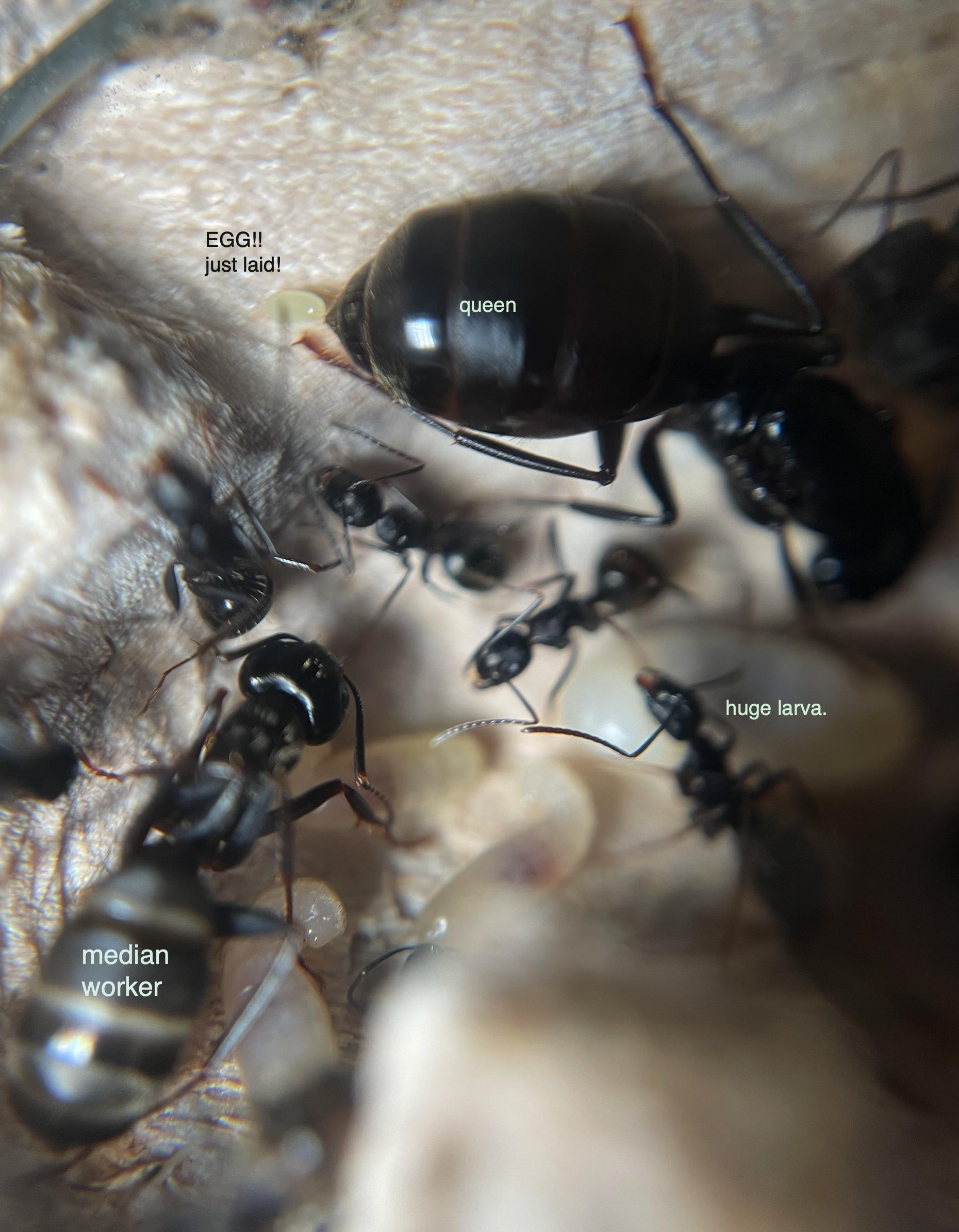 Neither colony seems to be "winding down" for diapause... but that's another issue.

I really do think there is a striking difference in the size and number of workers. Could it be the wood nest? Making them want to have ants who can expand it in the future? Could it be the big outworld? Or maybe they are just different and these are coincidences.

I have multiple colonies of Camponotus and none seem to be winding down yet, so I don't think you have to worry about that. This is also my first year keeping Camponotus though so I may be wrong.