No replies to this topic

This colony had reached over 1000+ workers at the height of its power.

But then there was a massive massive escape. I had checked up on them and forget to close the lid tightly.

They escaped out overnight and are now in my room. Thankfully no queens escaped but the strength had dwindled to 100 workers.

The brood growth have been still very slow.

When they were in full strength.

They are now the largest ant colony under my care. With over 500 workers now and 8 queens, I think. Its tough to count. Their outworld is really small and I really need to connect them to a new one. Its too small and the ants can easily escape. Its really tough to check up on them. They have been consuming 2-3 roaches a week. 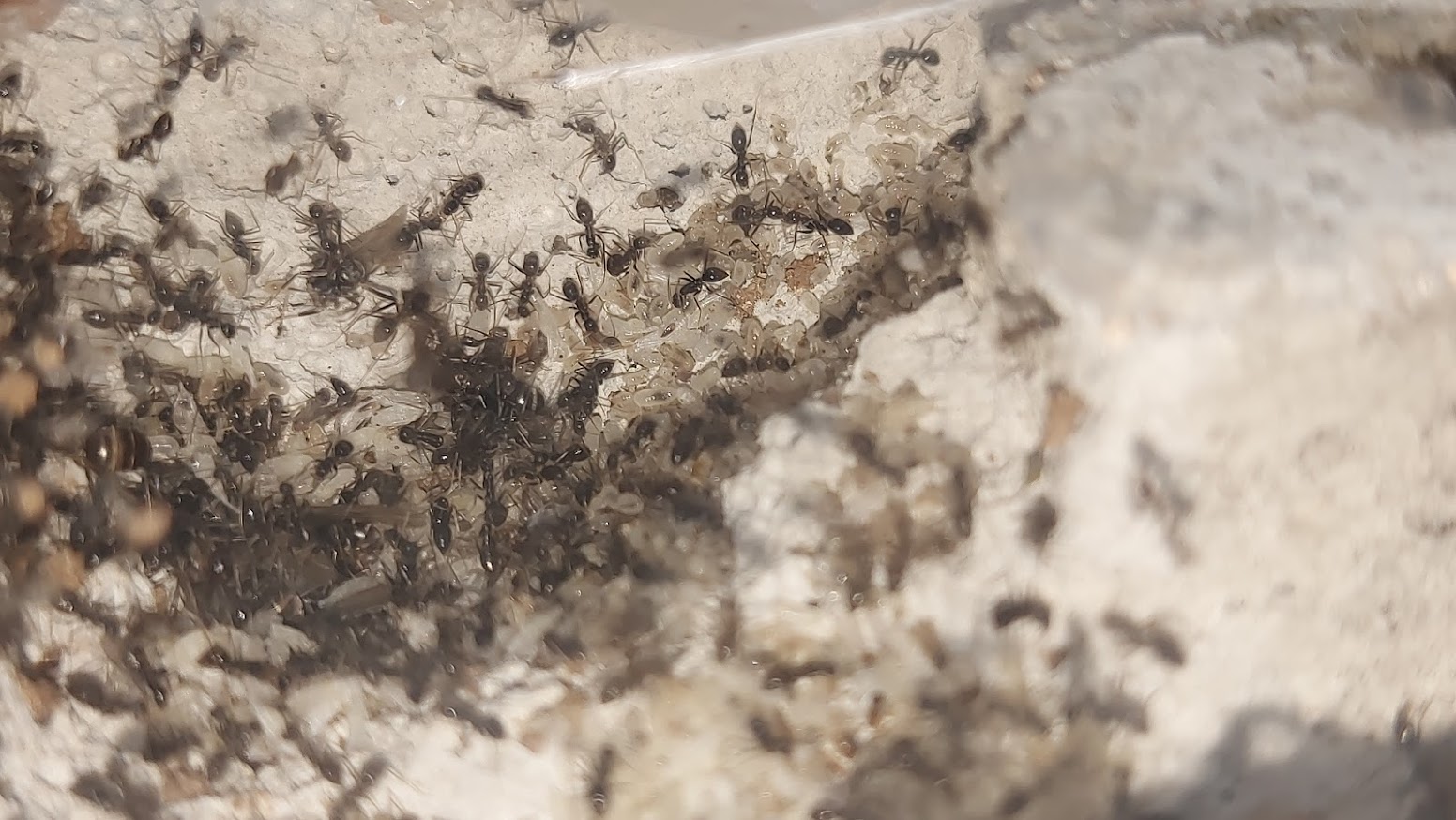 My most latest colony with now 6 workers and a healthy pile of brood. They are now housed in a tubs and tubes setup. They did accept the raw honey I gave them but they haven't gone out of their test tube yet. Been a few days since I placed them in, but in developing colonies this habit is common. They don't accept the roaches I give them but they all seem full. A new worker had emerged few days back.

A colony of 20 workers. Not sure if the gamergate is present. Caught this colony from a pot. Currently housed in an AAC formicarium. Feeding them roaches. I am thinking of moving them to a dirt setup. Though not yet finalized.

A colony of 12 workers. Now housed in a dirt setup. I had kept them in a tubs and tubes setup but moved them back due to a few causalities.

If any of you keep this sp. they do well in dirt setups compared to other setups. Their diet is a bit tough though they normally accept any type of insects. And they don't eat springtails in case you thought so.(AC)

In there tubs and tubes.

Hi y"all,
PM me for any help with ants.
YT CHANNEL
https://www.youtube.com/channel/UCpsu4J-hVsou_RF_U4oJ2rw