I was lucky enough to get 12 Acromyrmex versicolor queens from someone who found them after an apparent flight last week. It's a strange time for them to fly, but I'll take it. I didn't have any fungus but one of my friends already had an Acromyrmex colony and they gave me some

. I'm pretty stoked for this colony right now. I hope I don't do anything too stupid until my Acromyrmex fever dies down. For now, I'm keeping all of the queens together because I don't have much fungus, and I want to make sure they grow for a bit first. I'm not certain that these queens are fertile, as given the strange flight time, it might've been an ejection flight that produced uninseminated queens. I still hope they can grow their fungus out though. I've decided to name the colony Acgrow just so I can reference it more easily in the journal

These were the queens when I just got them in the mail. Most of them were fine, although there was one that was looking sickly. I moved them into the setup I created for them just a bit after I received them. The queens were completely fine with each other and didn't attack at all. This is the setup I'm currently using for them. It's quite big. and there's plenty of room. I'm slightly worried it's a little too much room. The humidity inside is at 100% and the temperature I'm keeping them at is usually at 27 degrees Celsius during the day. 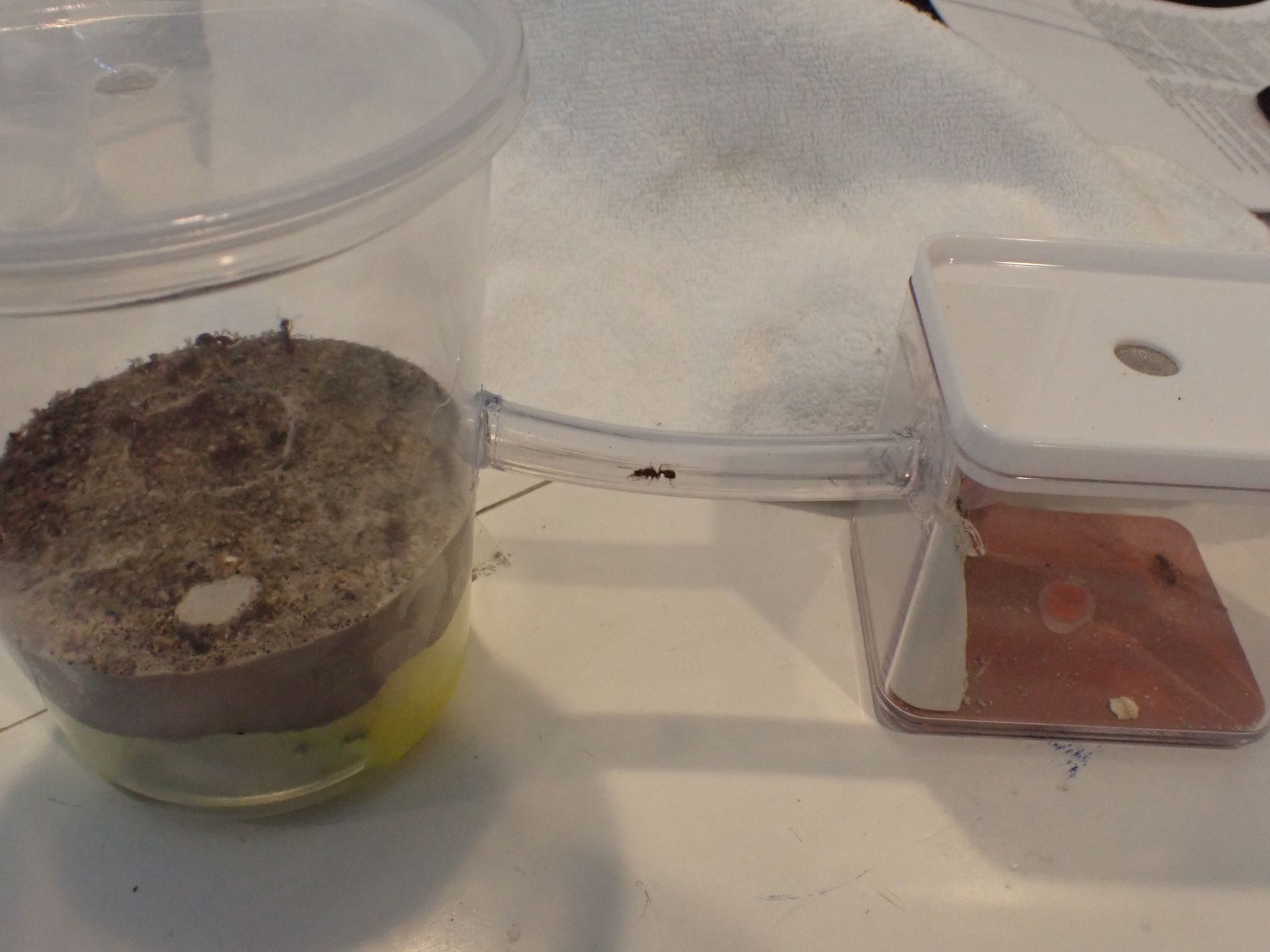 This is the setup for their hydration. It's basically a cup nest, except I put a sponge in the bottom to wick water up to the block at the top. It's doing a good job of maintaining the humidity so I'm pretty satisfied 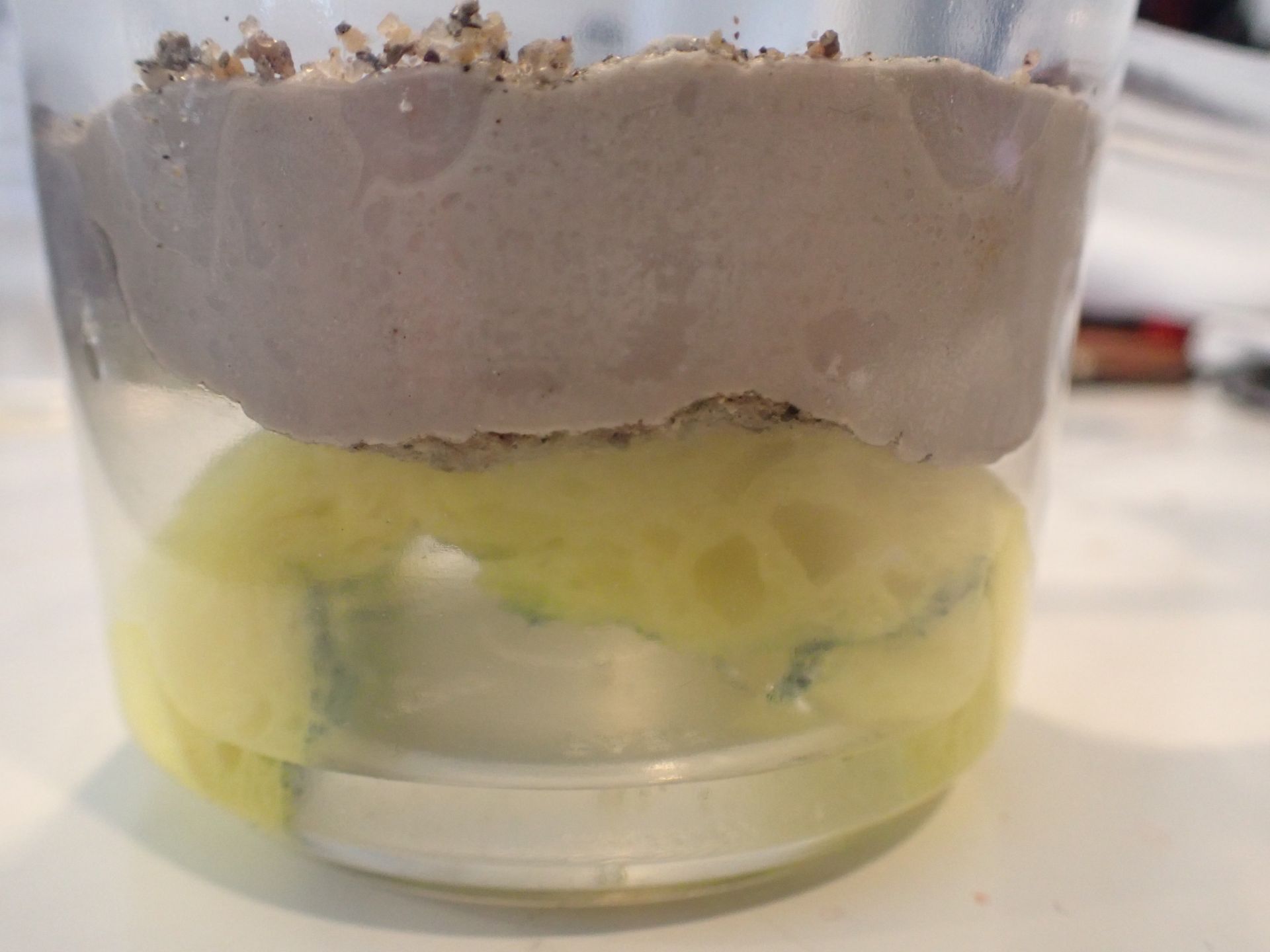 Here are some pics of the queens inside of the nest. This was before I put the fungus with them . They calmed down after a while though. The fungus still has substrate from before I obtained the colony so it probably doesn't need that much feeding for a bit. I'm not sure exactly how fast they grow though, so I'll have to figure out my feeding schedule as we go. They also aren't super active in touching the fungus, but I don't know if that's just because there's not much to do or if they just don't feel like it. In this video you can also see the sickly queen, which basically stopped moving at this point.
Something I noticed was that they were sort of crowding towards the vinyl tubing for a while. I thought it might have been something wrong with the humidity or the nest size, but I think they were probably just moving to a warmer area. After I put the setup in a slightly warmer location, they started to move back.
I'm super excited for this colony and I hope they do well. I might end up separating the Acgrow colony if they get the fungus growing out. Follow the thread if you want to receive updates for them

After I was pretty certain the sickly queen wasn't going to recover, I took her out for some pictures. I got pictures of the queen from different perspectives and with different backgrounds. 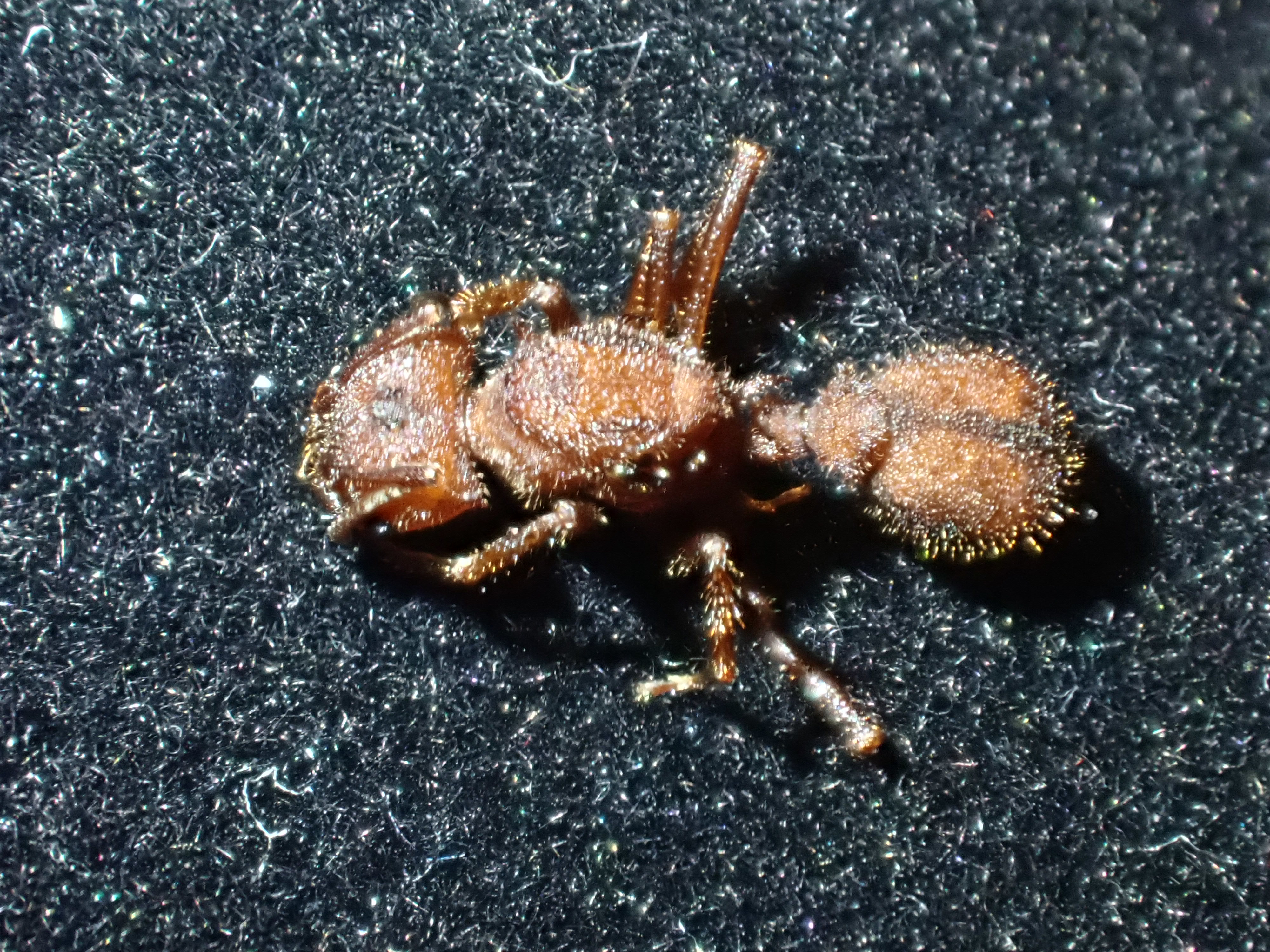 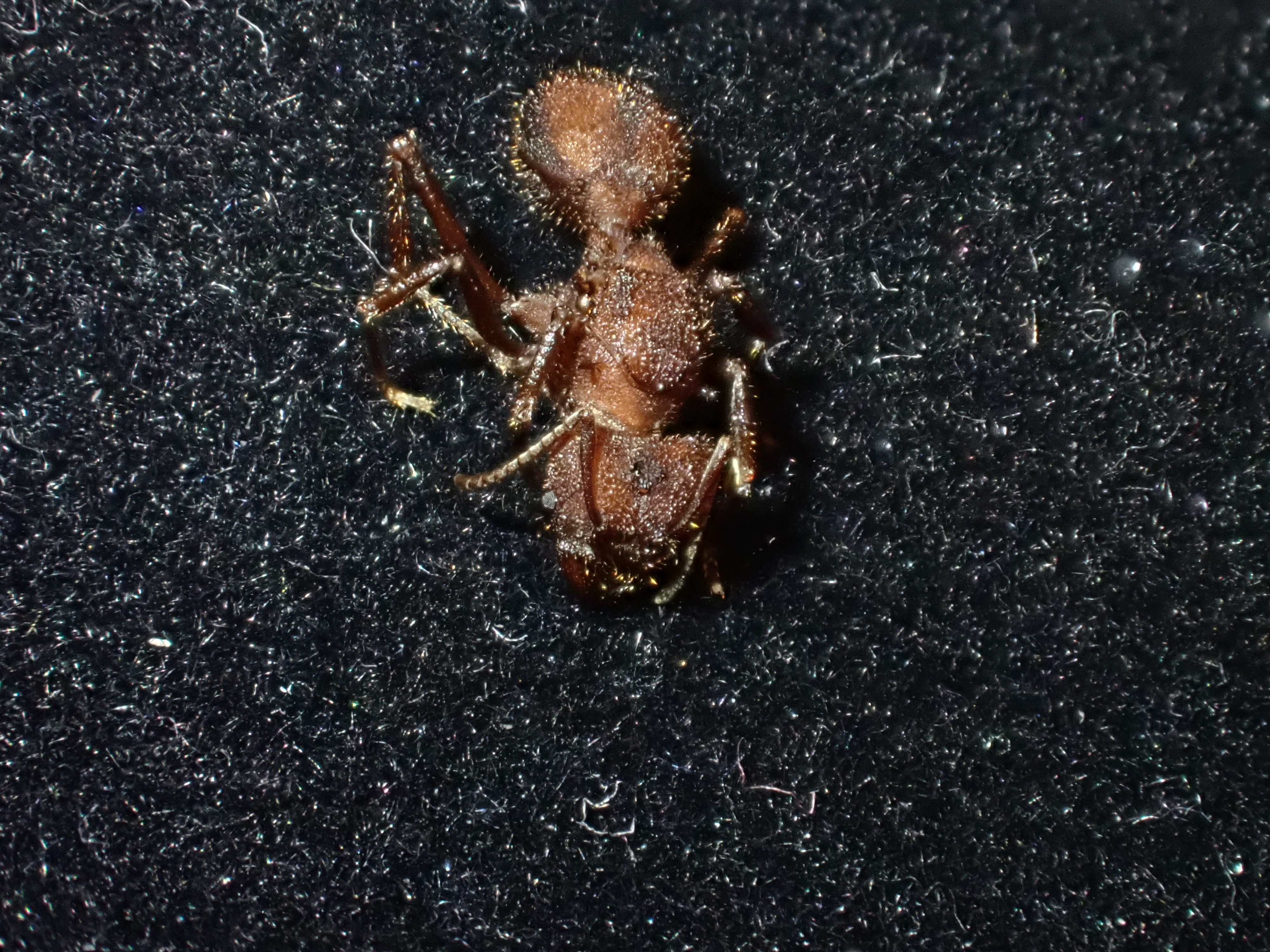 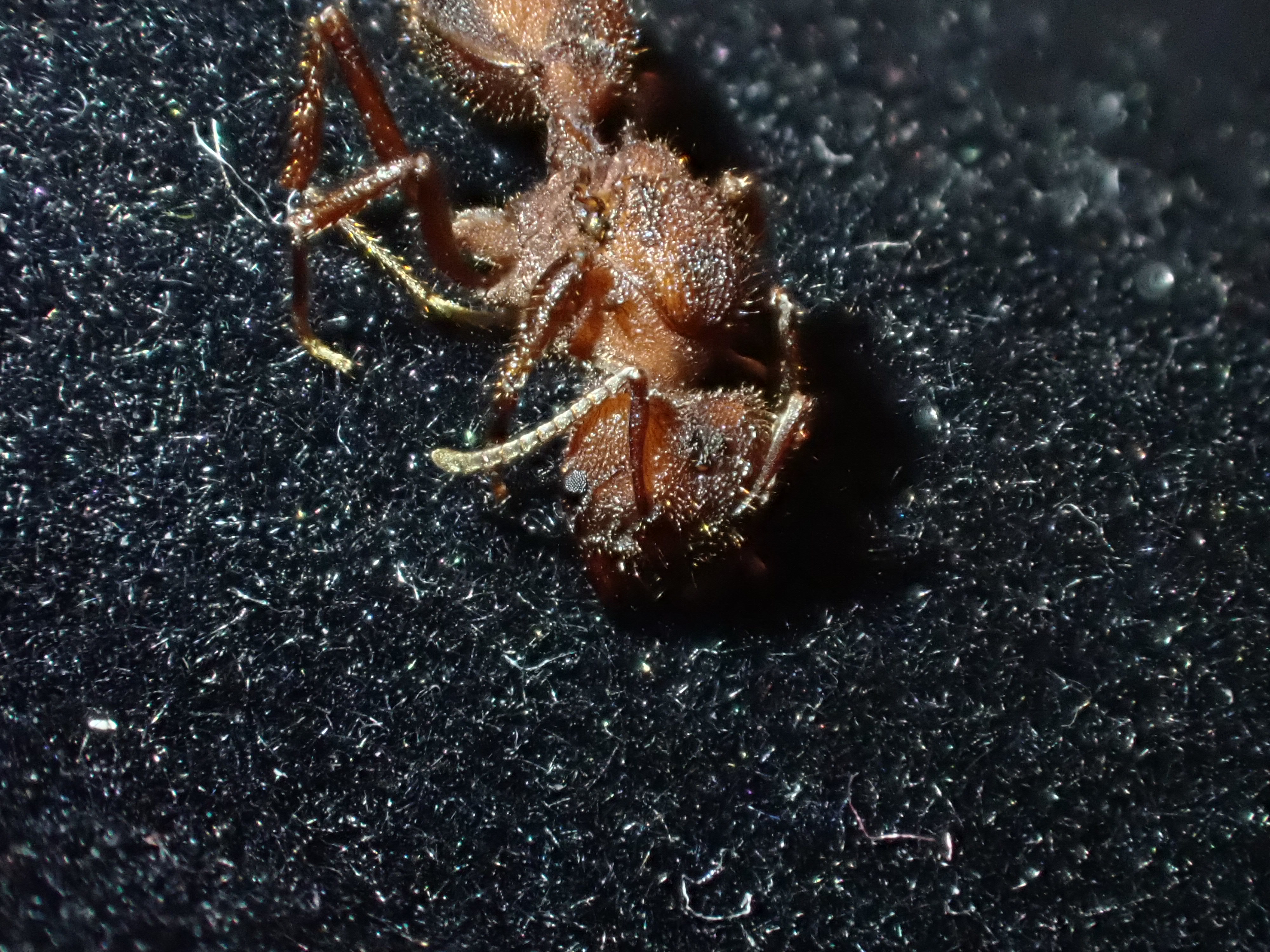 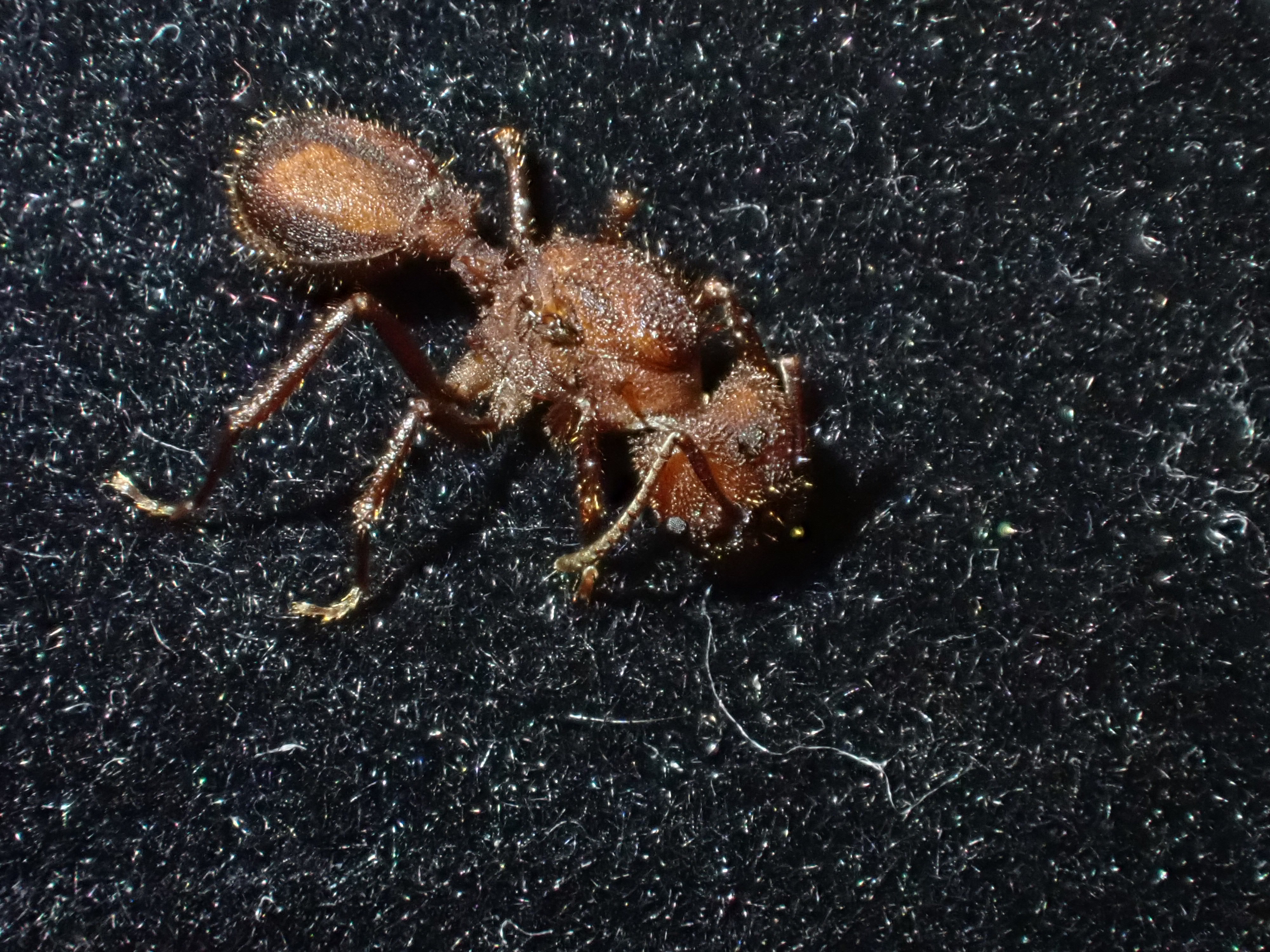 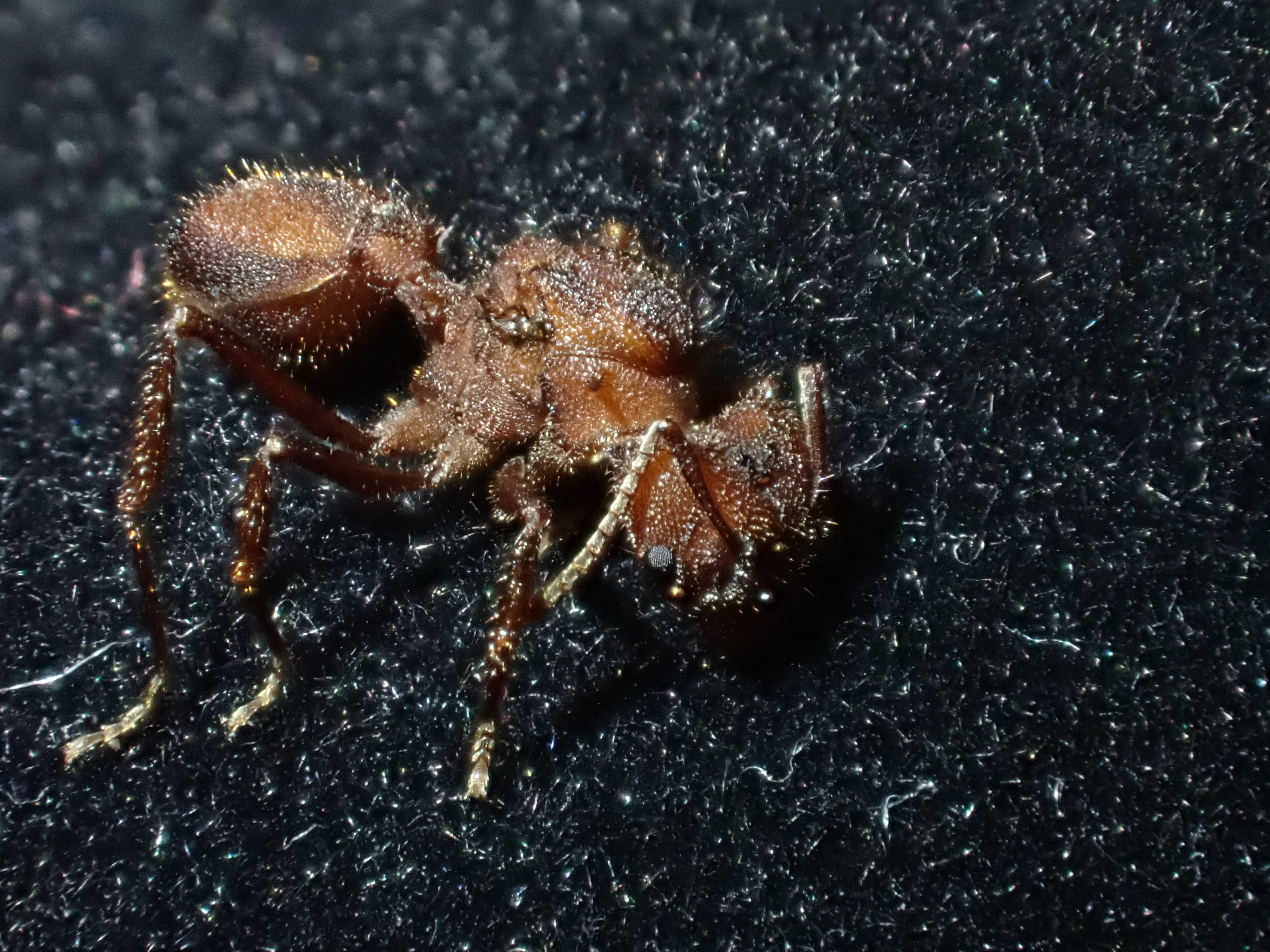 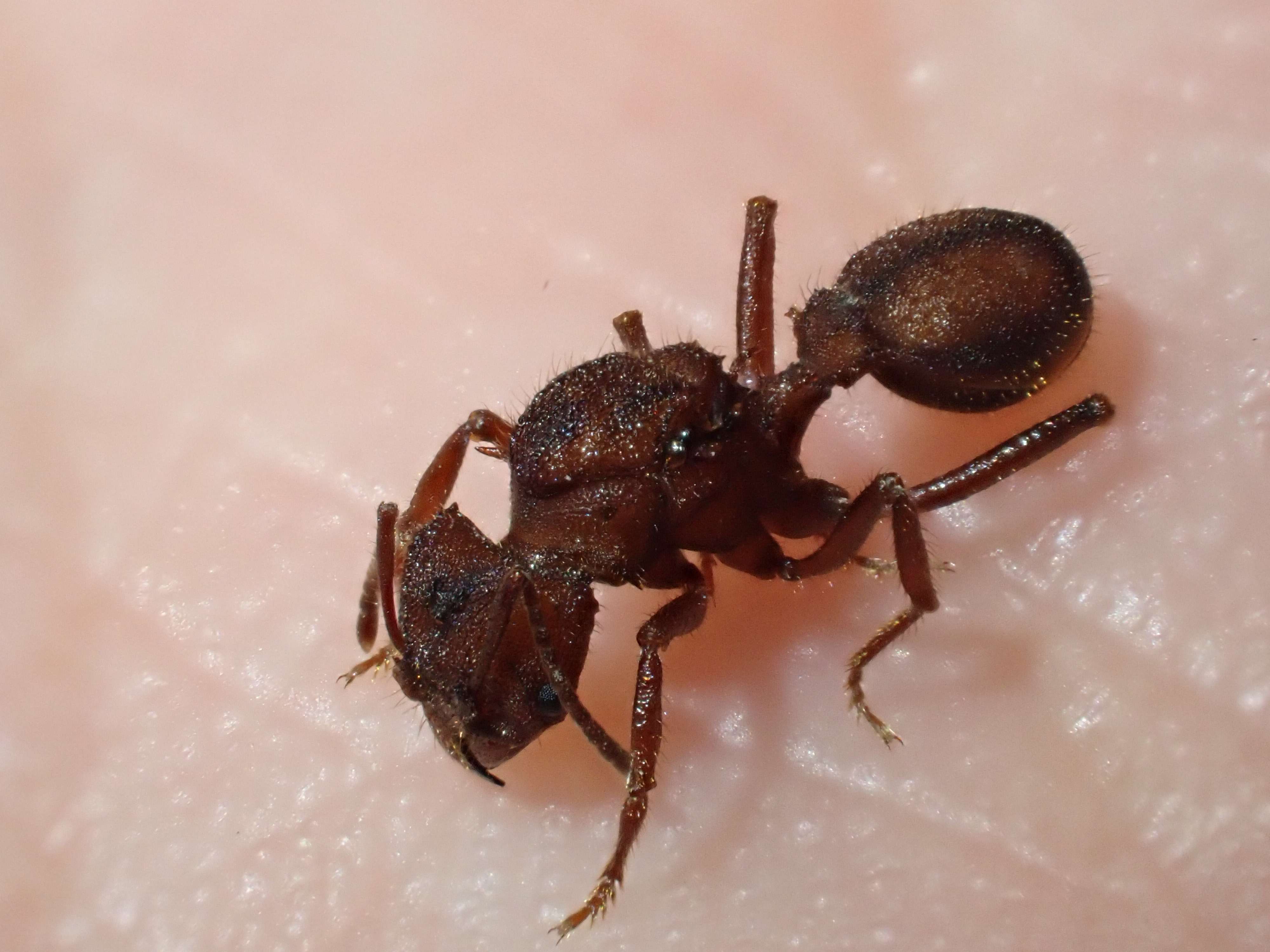 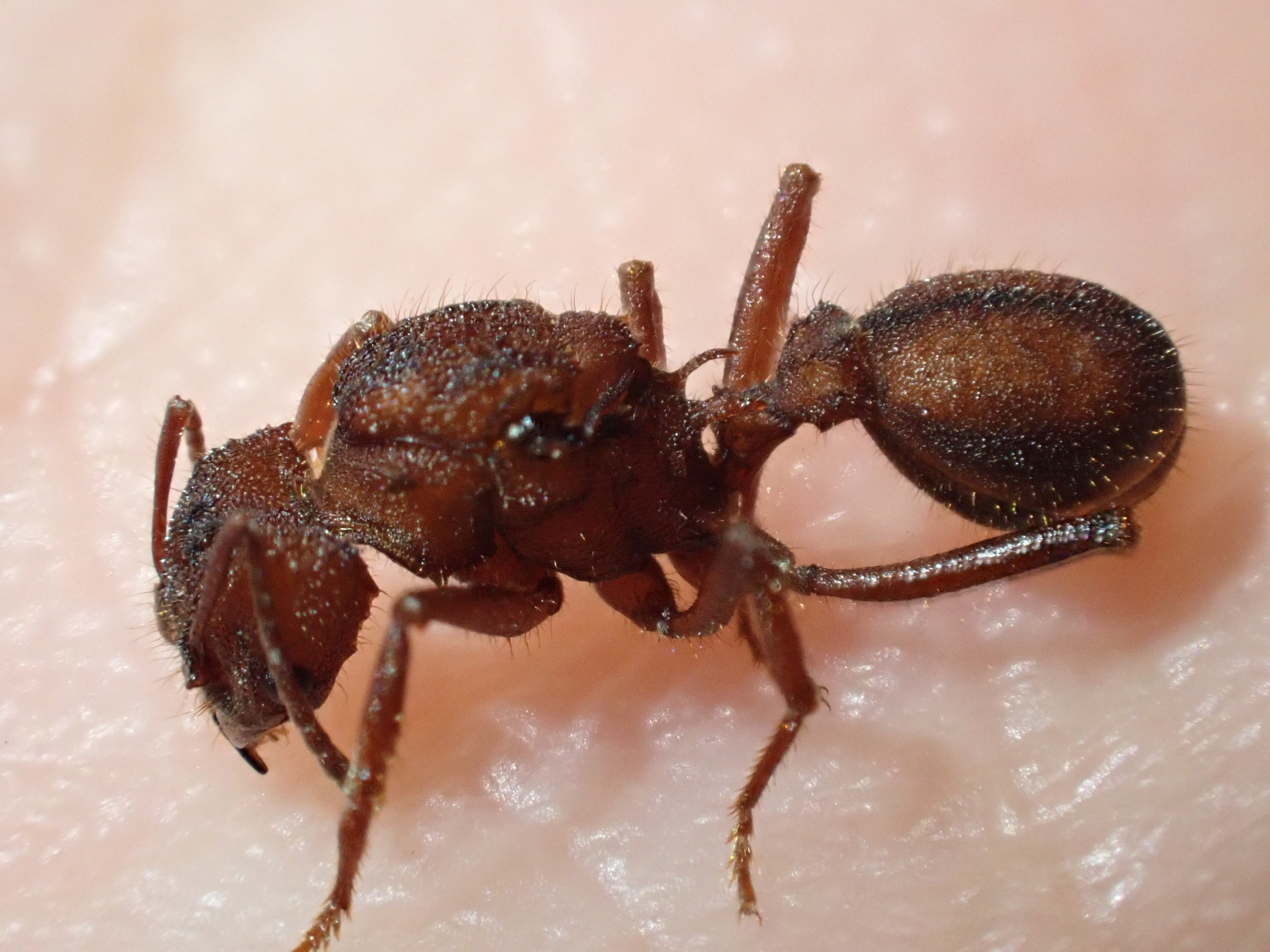 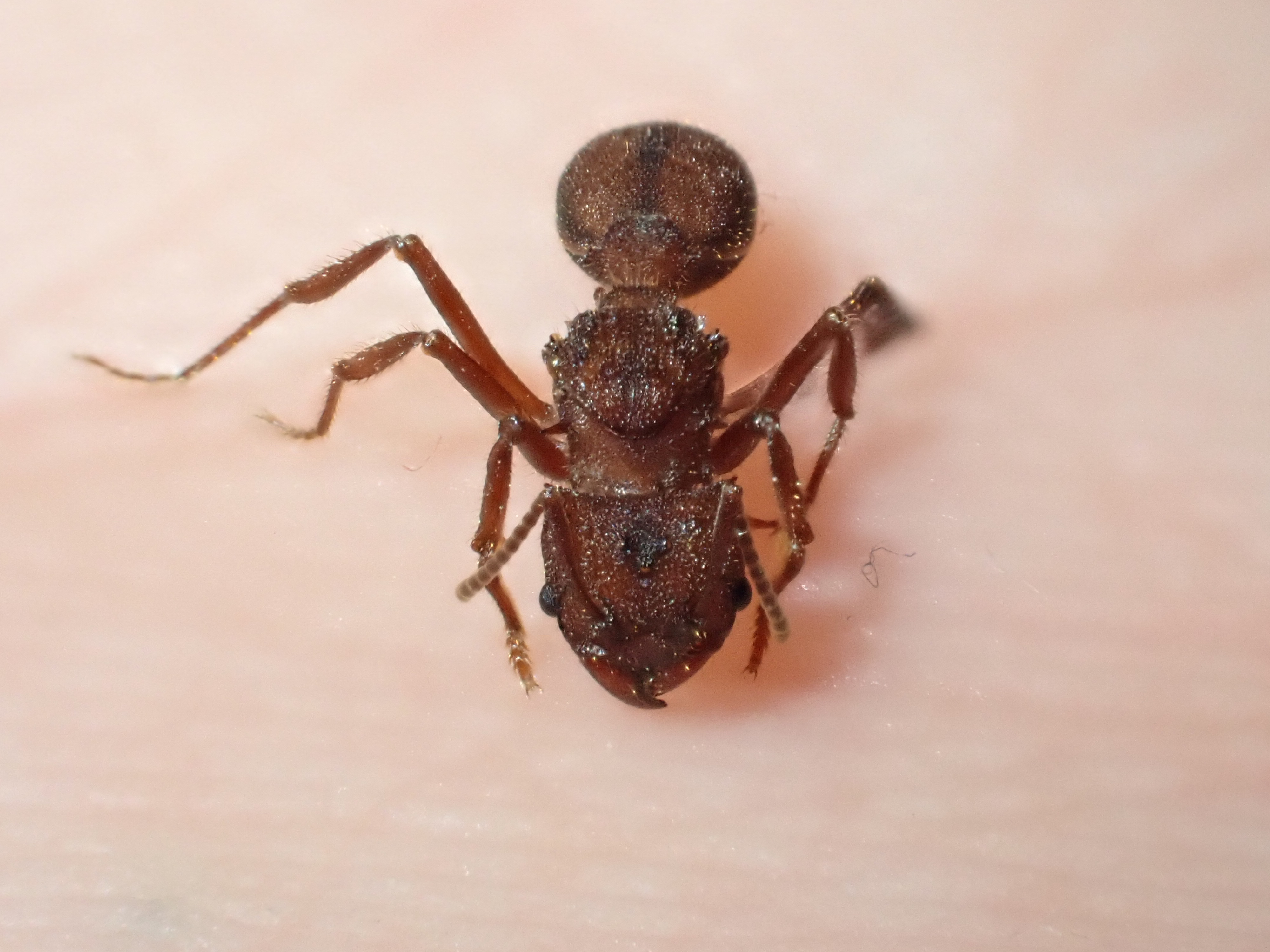 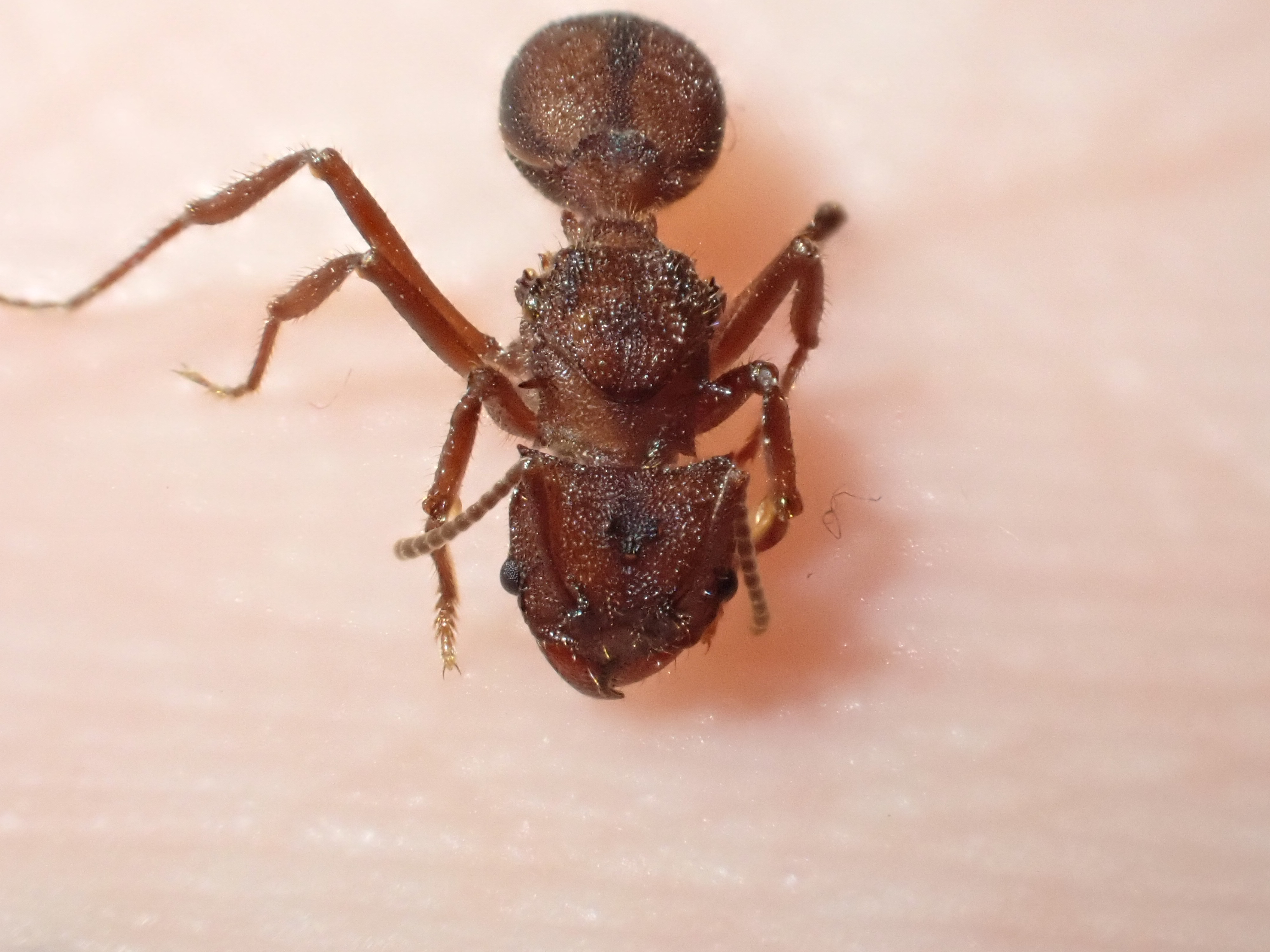 Acromyrmex are not found there.

They were found outside the Joshua Tree area.

that's pretty cool. I have a feeling that this year's flights are going to be on a crazy schedule. Good luck!