I got 3 queens of some species of Lasius from StopSpazzing, way back in august or September, not sure. I didn't expect them to lay until after hibernation, and they still haven't but I only took them out of hibernation just yesterday. All 3 queens are still alive and made it through hibernation fine, I am going to give them a drop of sunburst and a fruit fly each once my new culture gets a bunch more flies. I am keeping them on an elevated shelf of my closet, in the dark, on a test tube rack. Vibrations should be essentially non-existent, and they are being kept at room temperature which is currently hovering around the low 70s Fahrenheit. Their test tubes are the standard 16x150mm glass ones, the queens are only around 10mm or so, so it should be fine. If all 3 queens get workers and make successful colonies, I will be keeping them all, as I plan to use them to attempt keeping our native Lasius social parasites. I found one queen of what I believe to be Lasius californicus in 2019 and after failing to find host brood and callows, she died. Since then I have wanted to go back and get more, as I don't believe I remember anyone who has kept them. 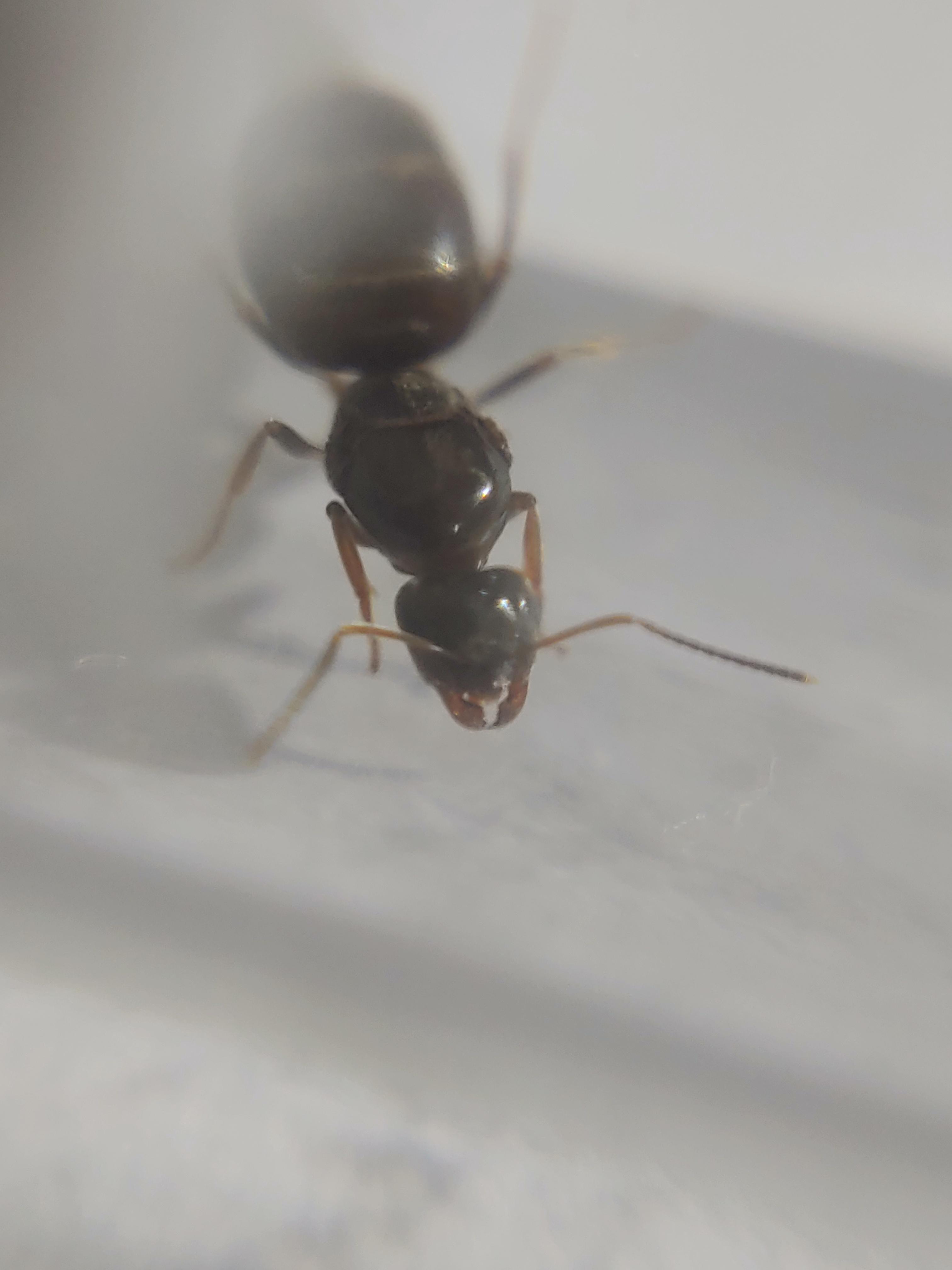 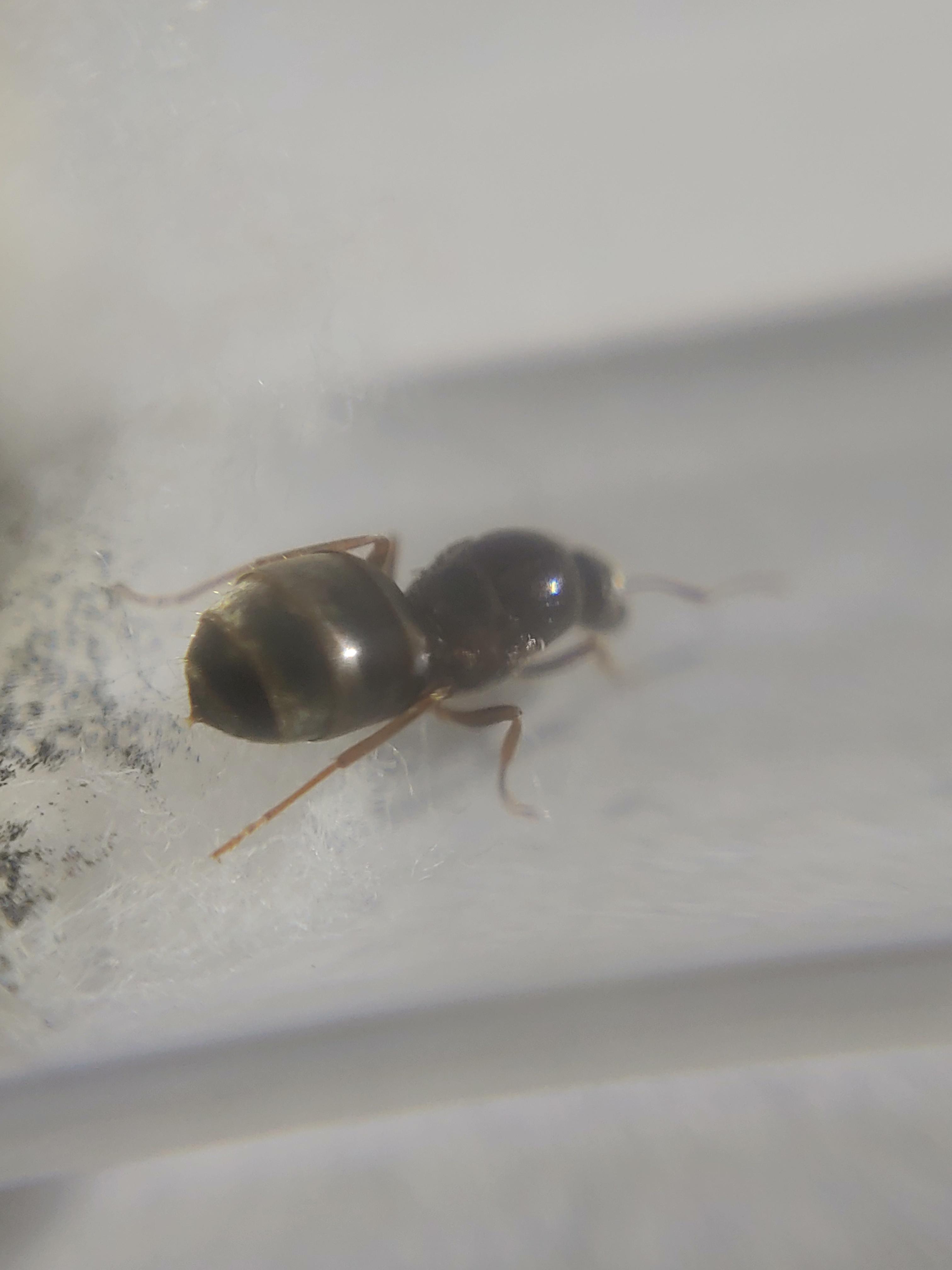 Good luck! I’m starting a Lasius neoniger queen at the moment as well. I find it’s not that easy to get these ants to thrive in captivity, and founding them takes forever compared to most small ants.

My polygynous colony has around 78 workers, and are in hibernation. They really don't kick off until their second or third year. Mine are currently overwintering around 150 small larvae.

Patience is key, then. I’ll be doing my two week check on my girl tomorrow. 🙏🏻

How are these doing?

Congrats on the first nanitic! Looking forward to the photos!

Camponotus pennsylvanicus  - 1 queen with 2 cocoons, and a few larvae and eggs

It's been a bit

Apologies for the delay, not much had been happening especially due to my neglecting my ants from catching too many Camponotus. I have some good news, great news, and amazing news, which would you like first? Just kidding I am choosing for you. Starting with the good news, the two queens that turned out to be fertile are still alive, and are doing well, more on those later. The great news is that I caught more of these just last night, and not only that, but I also got a second species which is larger and has different coloring, not sure what species but I retitled this journal to including all Lasius species. Now for the amazing news, I finally got my hands on a temporary social parasite... AND I got not only cocoons of a host species but callows as well. Back to last year's queens just for a moment, they had each lost a worker which left one workerless and one with a single worker. I wanted to get them back up to par, but for some reason it didn't click in my head until tonight that I quite literally had the perfect materials to do so, the host brood and callows for the parasite were the same species as these queens, so I gave a single callow to the workerless queen, along with about 8 or so cocoons, and gave the remaining 10-15 I had separated to the 1 worker colony. Now, back to the parasite. The queen has not been identified yet, but I knew as soon as I had caught her that it was a parasitic Lasius sp. I had caught her Sunday night, then tubed her when I got home, and slept.

I woke up the next morning to go back anting at the same spot in the afternoon, hoping to flip a rock to find a Lasius colony warming their brood. This is exactly what I found as well, within 10 minutes of arriving too. The problem was getting at least 1 callow which is harder than it seems considering they only tend to be callows for about 2-3 days or at least that's what I've observed so far. I did collect one and I gave all the brood and the callow to the queen as soon as I got home that night (1am, 14 hours out anting

) She freaked out a bit at first, running around while the callow sat there wondering what was going on. I checked back an hour later after tubing about half of what I caught that night, and she and the callow were grooming each other, a great sign. Since that night, I took out about 25 cocoons and a newly hatched callow for the other Lasius, and there are 3 callows (excluding the one I gave to the other queen), including the one I inoculated with at the beginning. I never counted the cocoons especially because I am fairly sure I ended up squishing some, but I would estimate there is around 40. I'll update this with many pictures in the morning, I need to find my photography light so I can get some good shots.

Youtube: The Ant Guy
Back to Ant Keeping Journals · Next Unread Topic →

Also tagged with one or more of these keywords: lasius, non-parasite, california lasius