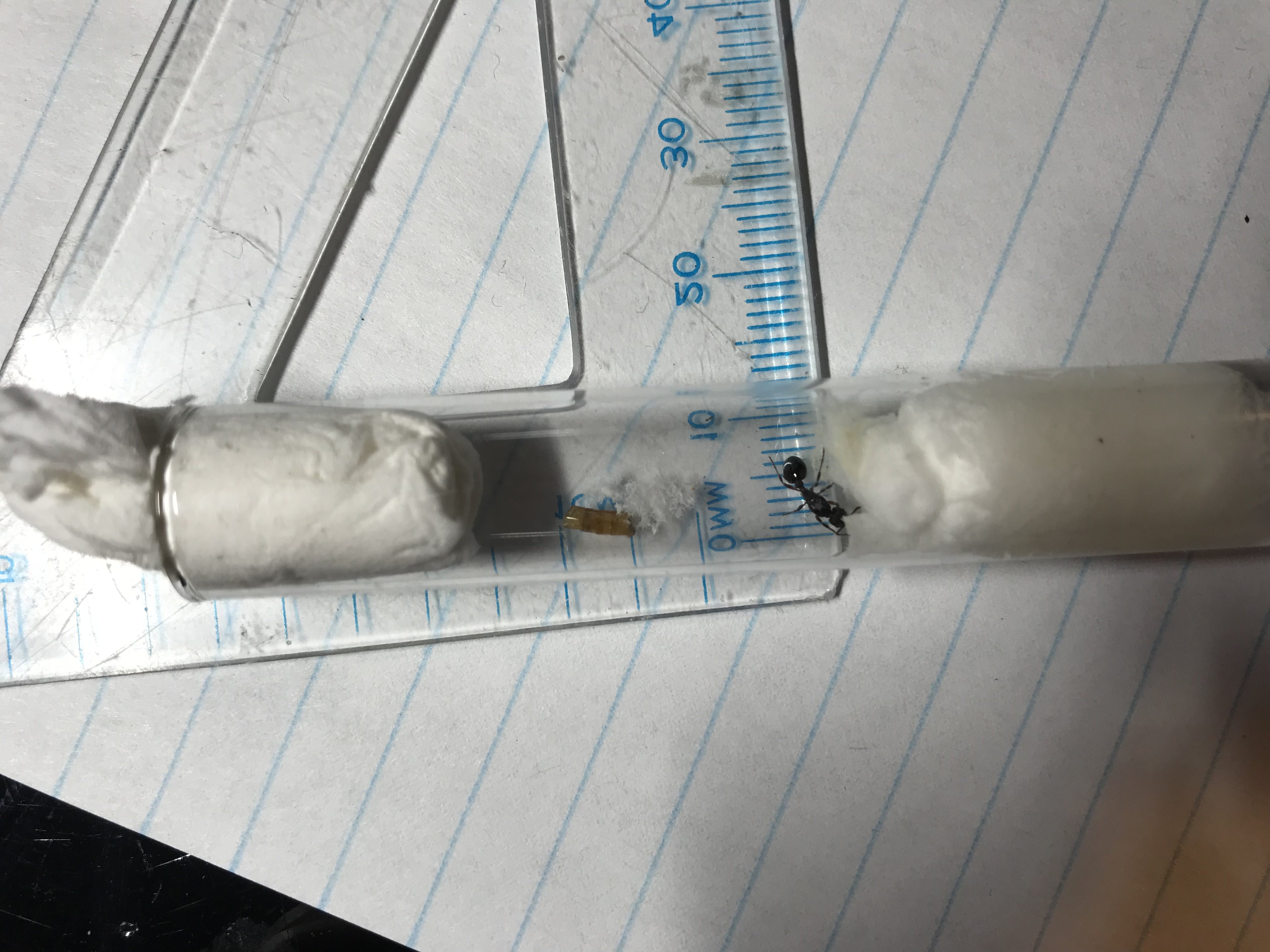 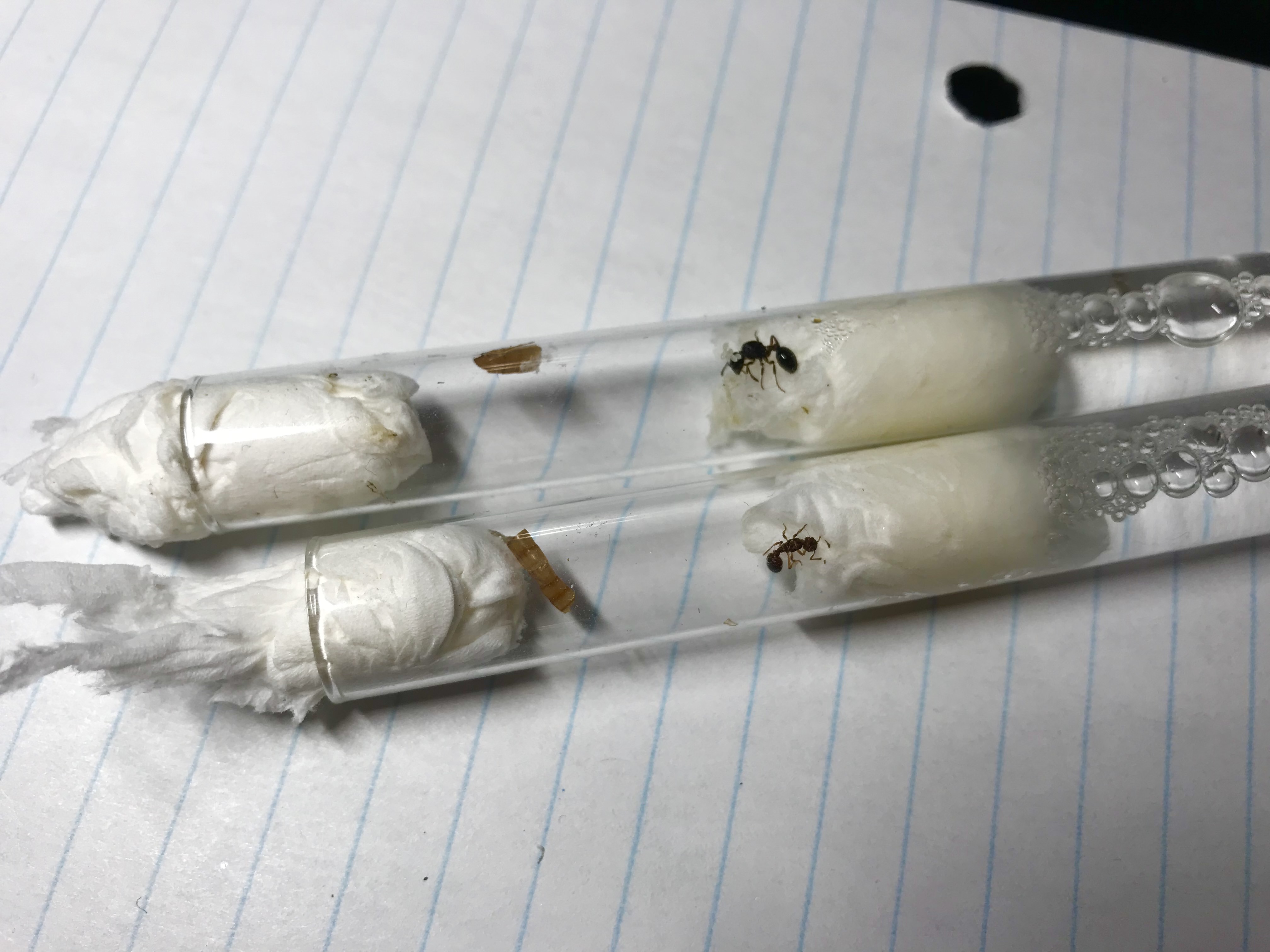 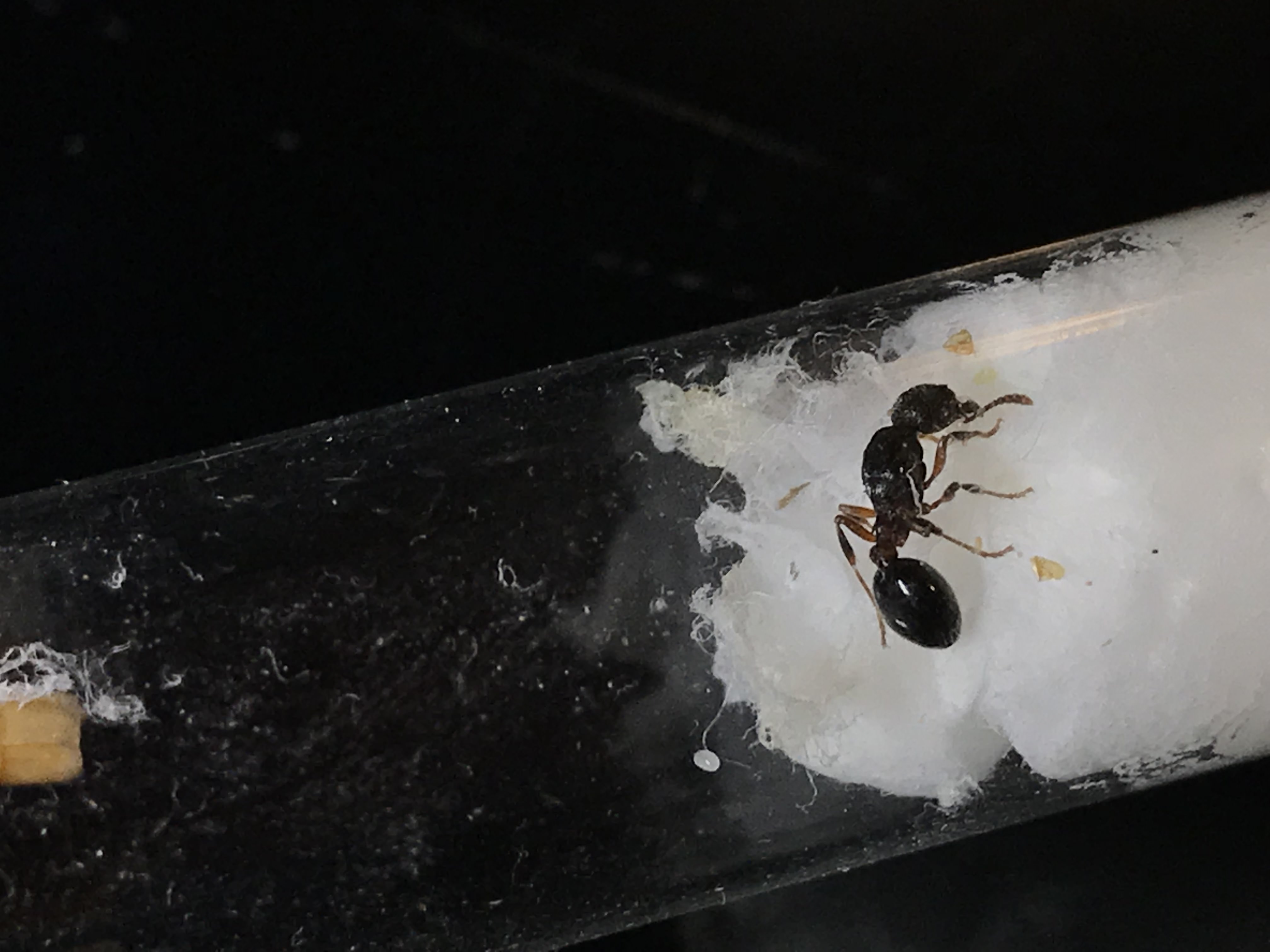 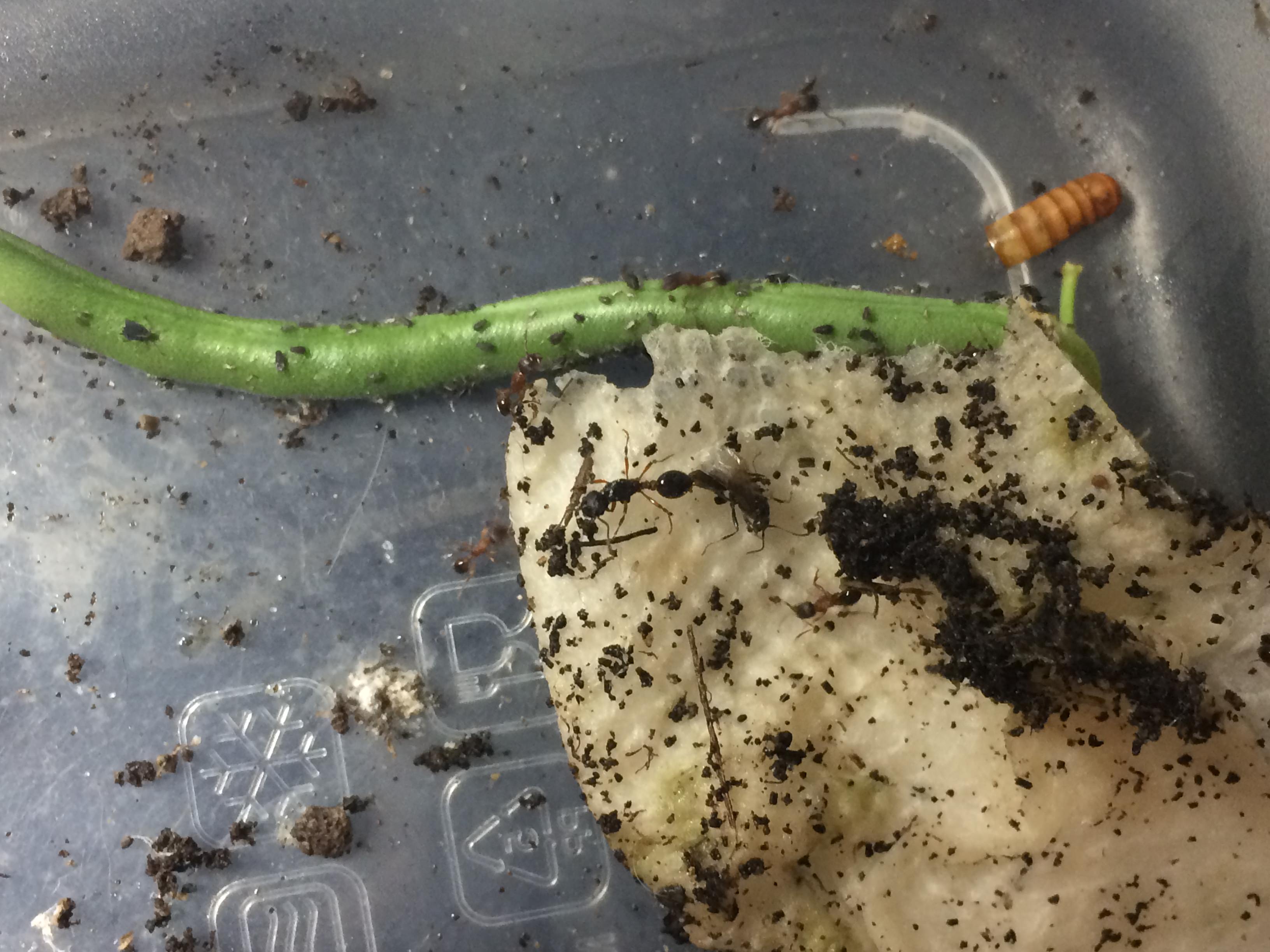 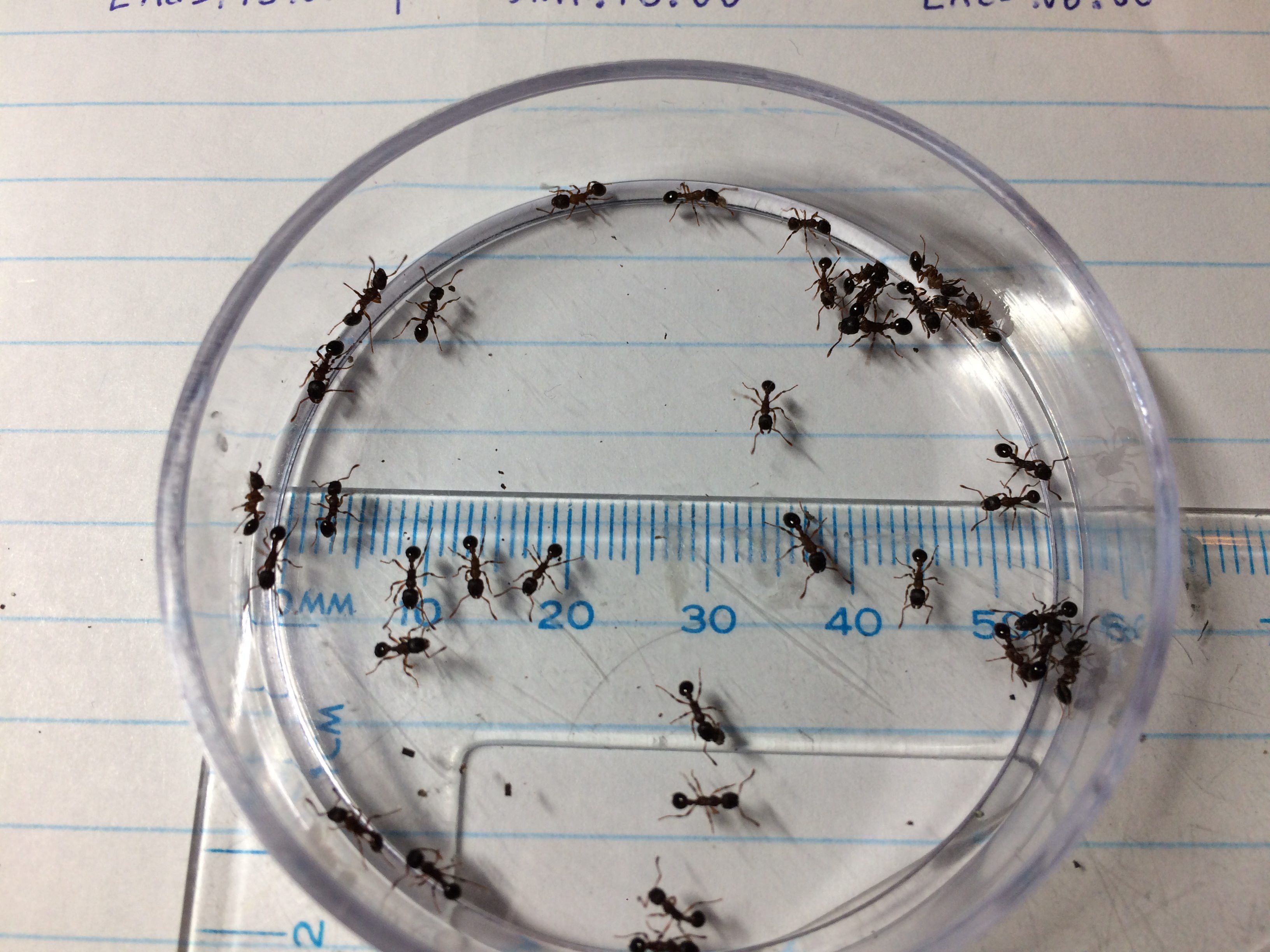 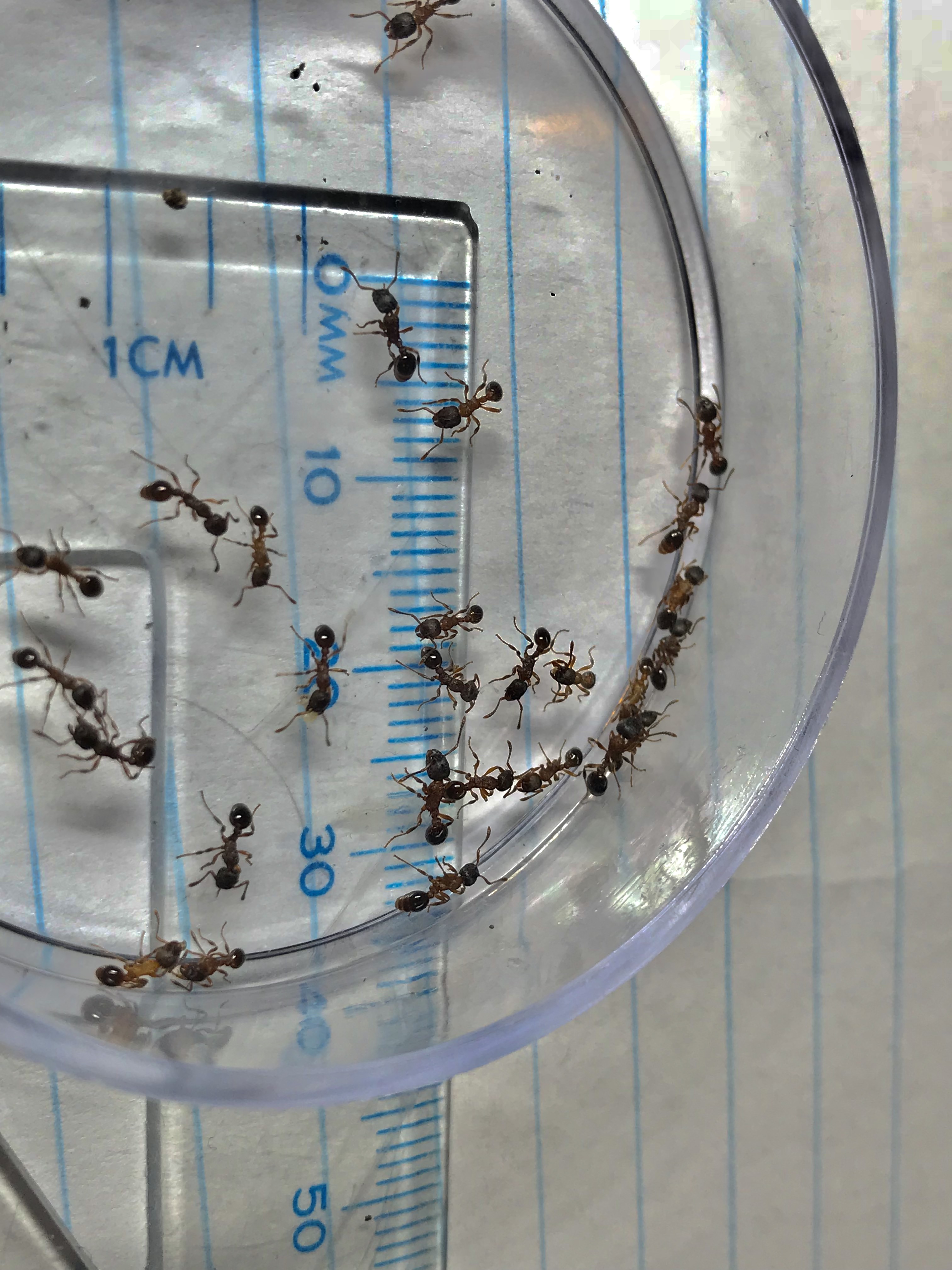 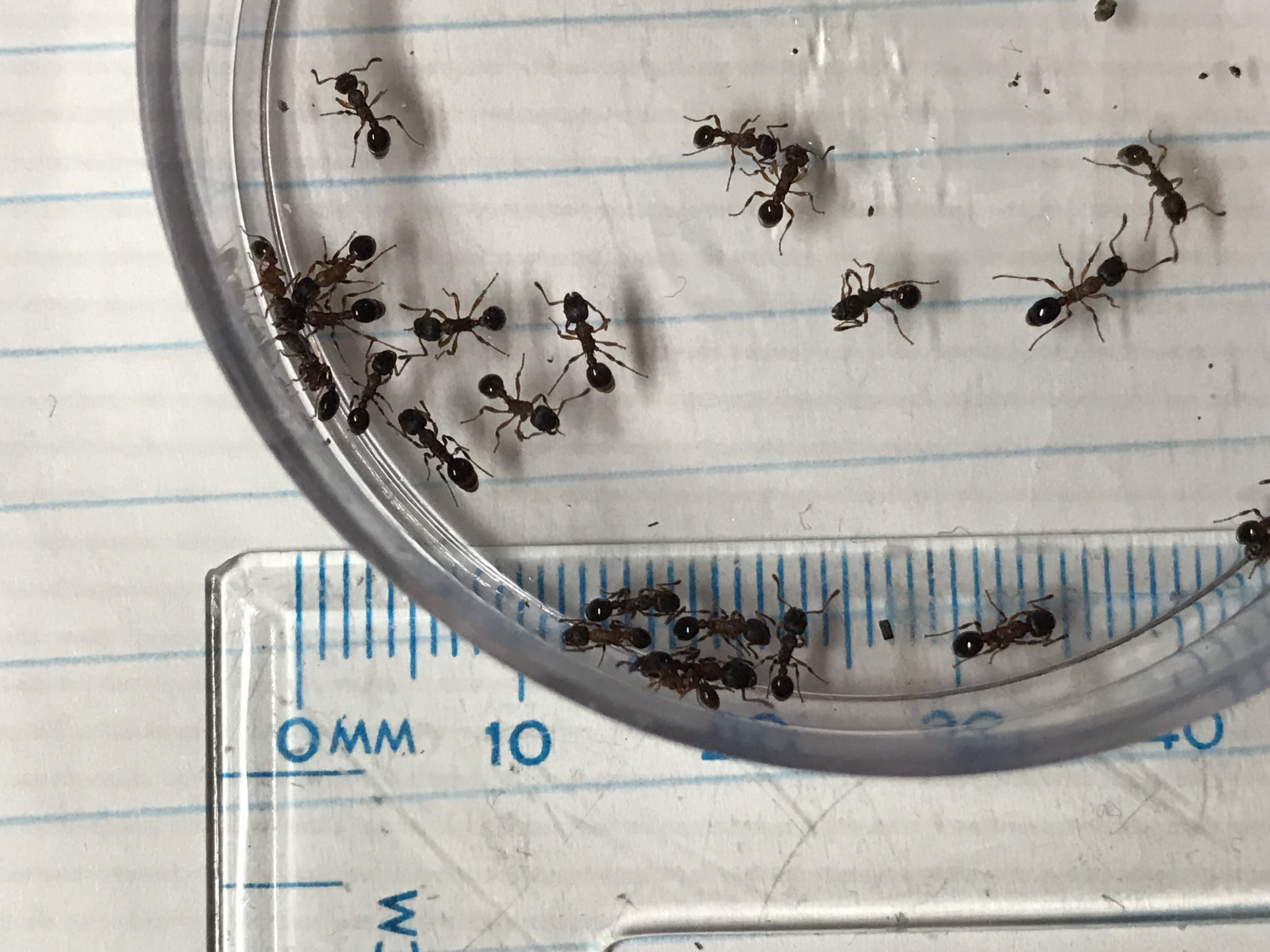 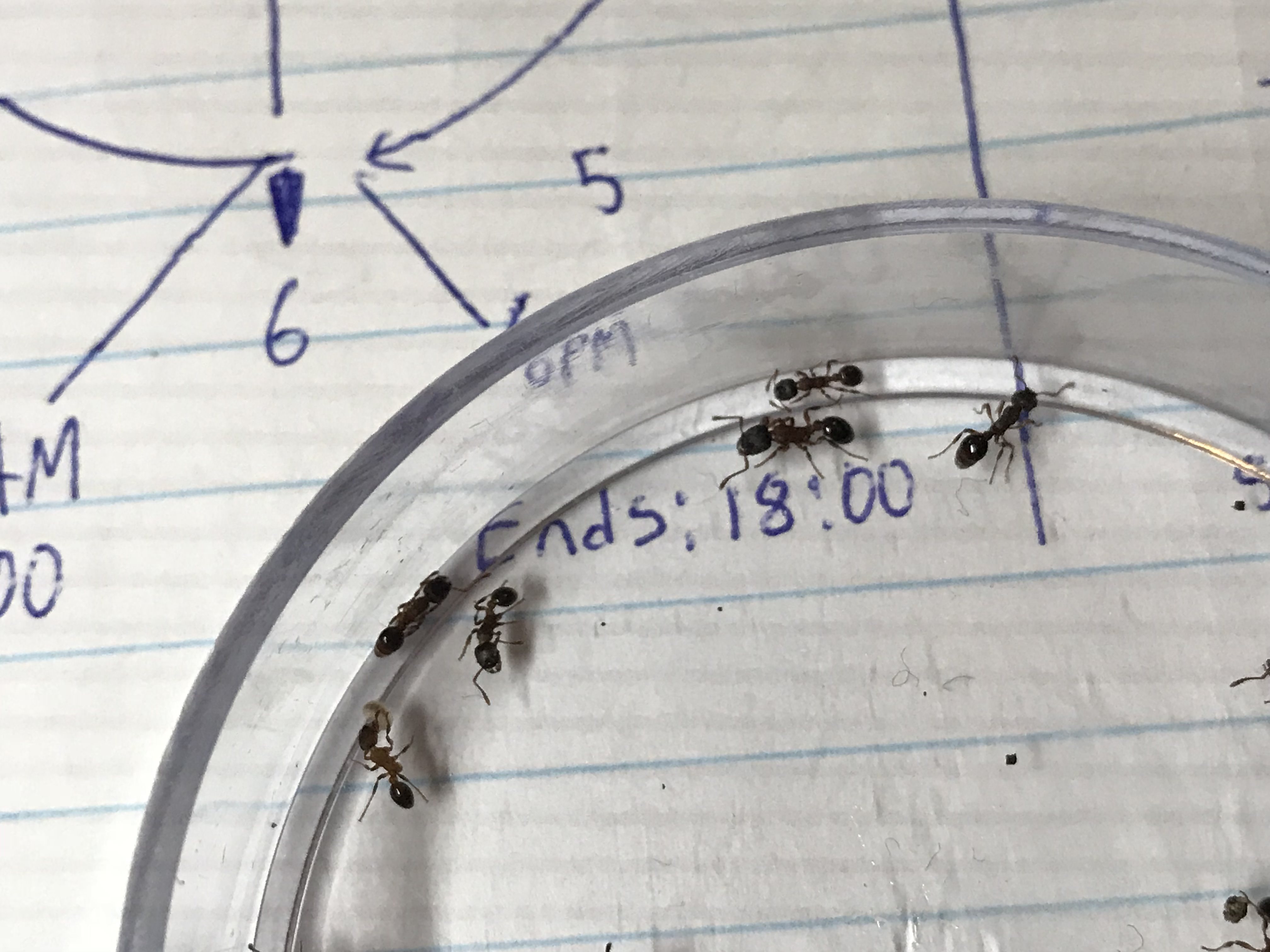 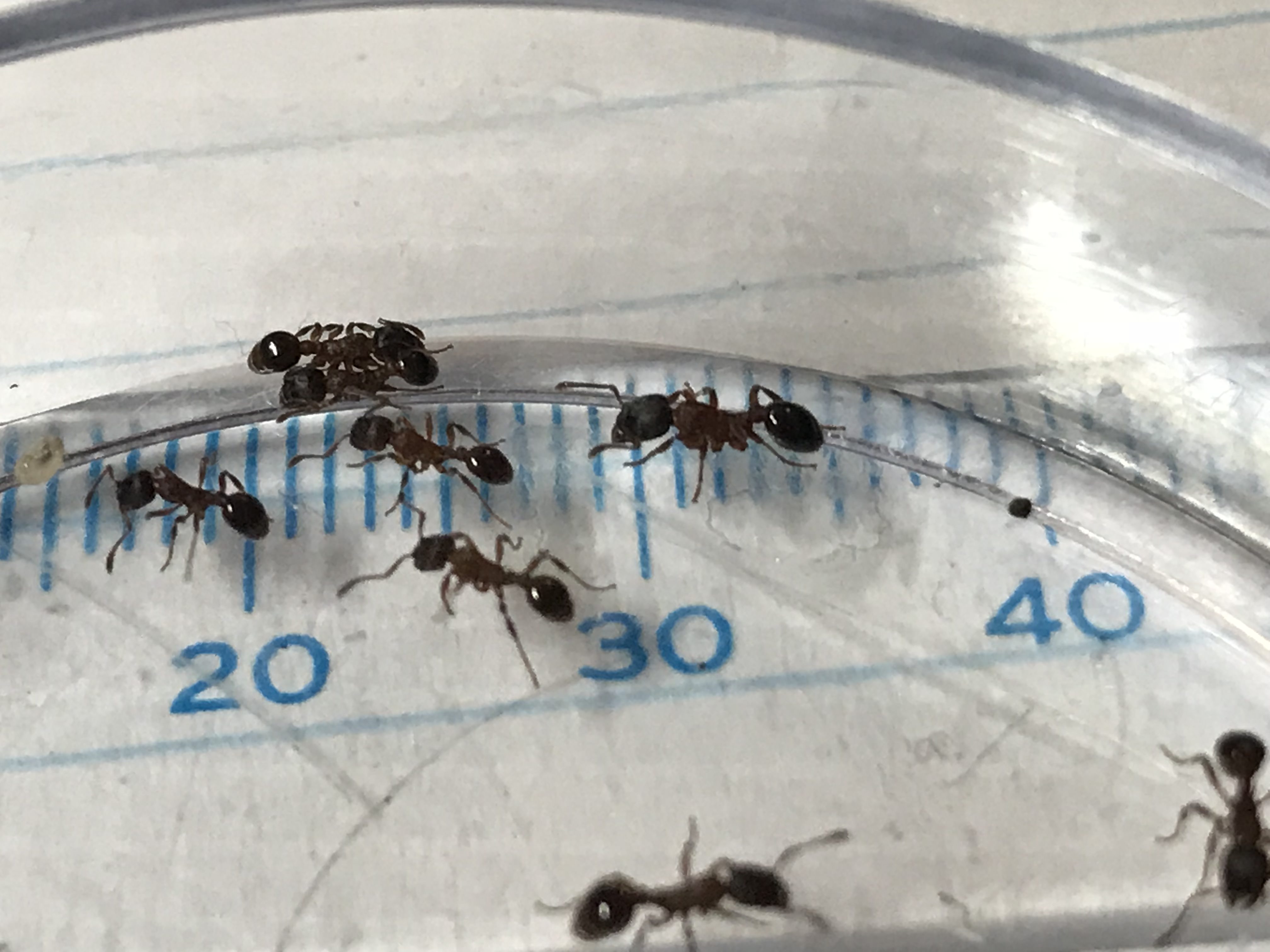 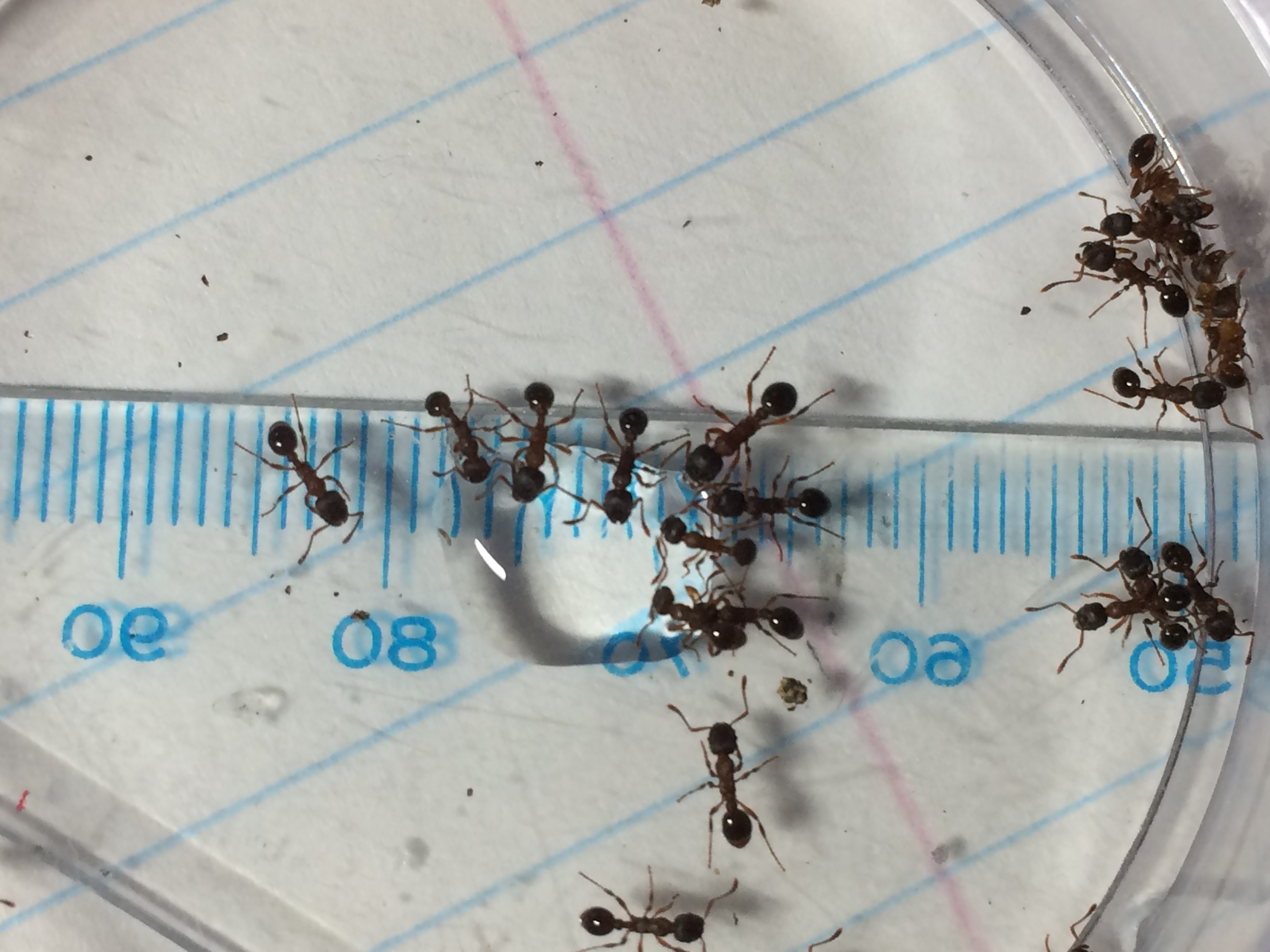 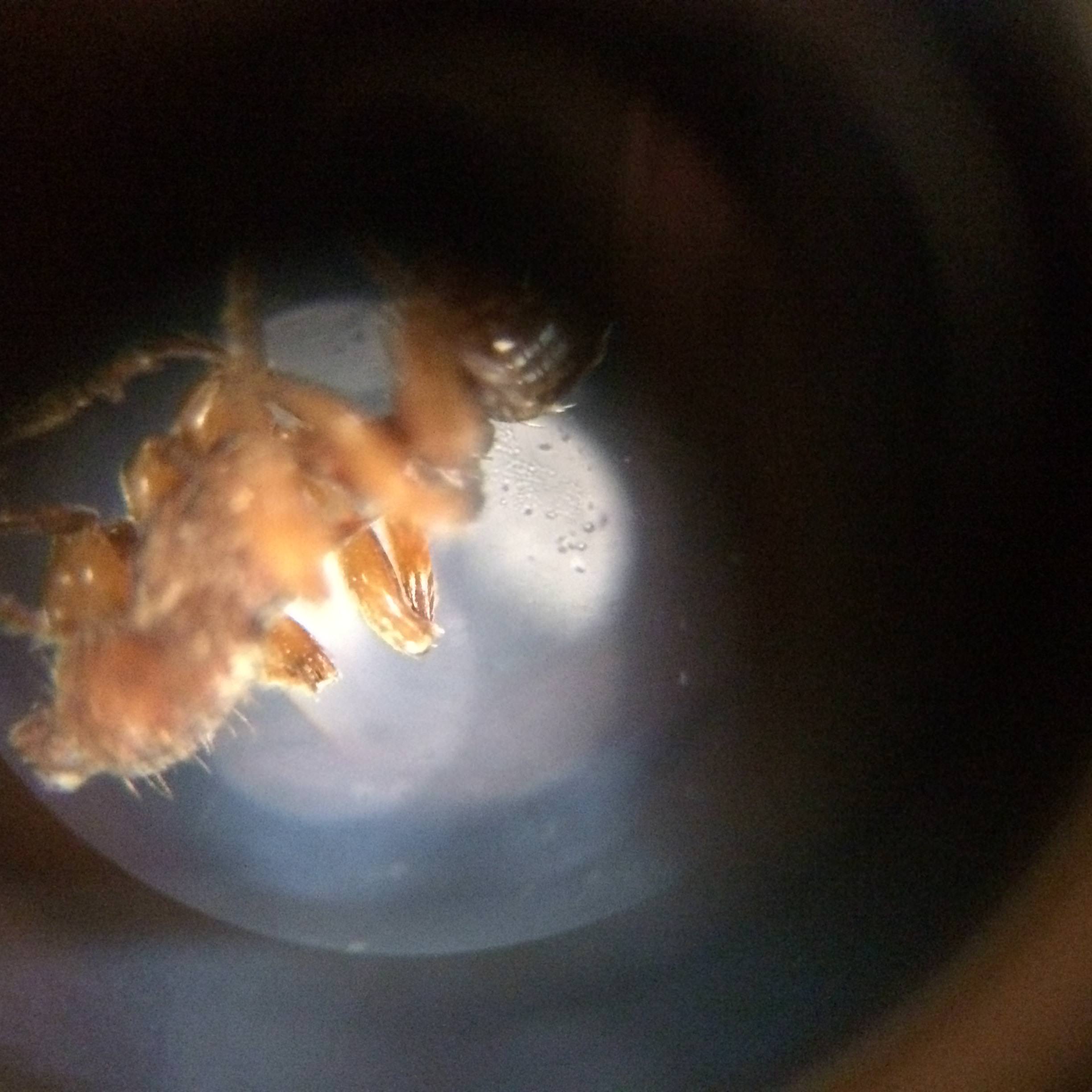 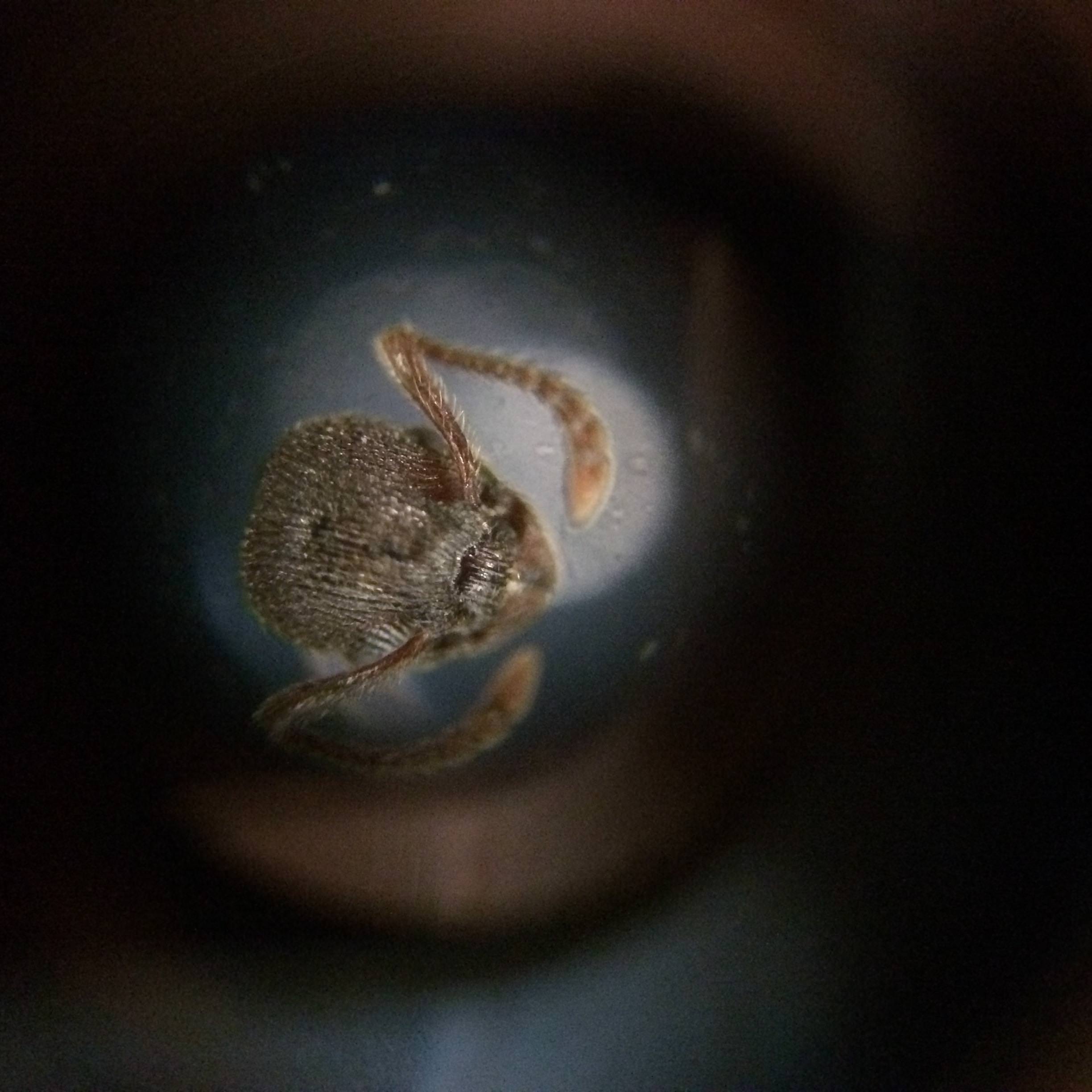 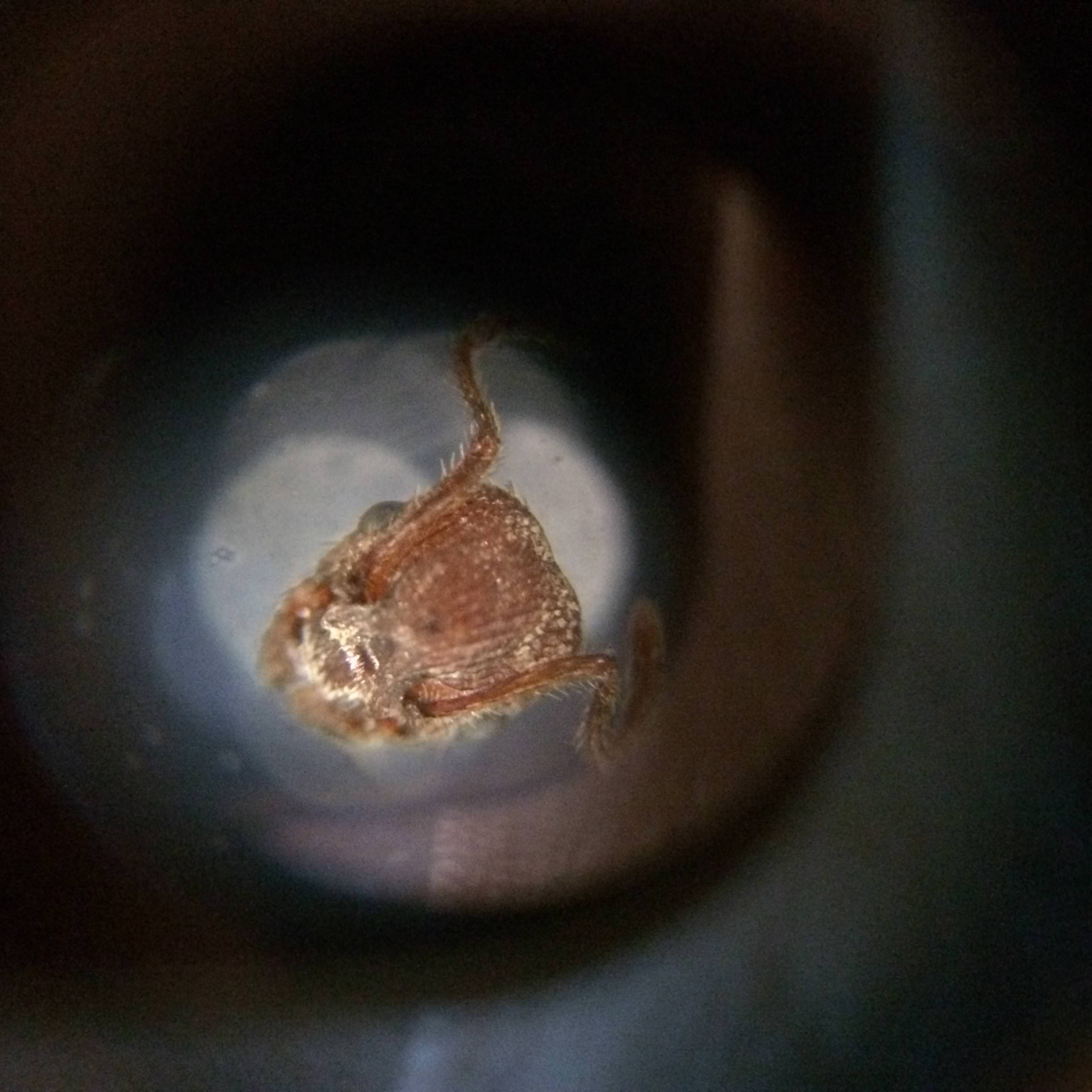 Unfortunately, the dealate turned out to be a dud and raised males. Earlier this year I collected another colony chunk consisting of roughly 11 queens both macrogynes and microgynes. It has been perhaps the first time I have managed to keep this species without decline in captivity, granted there was limited growth as well. What stands out from this species is that they require very high humidity and high temperatures. Pupae and eggs require the same amount of humidity which I estimate to be close to 80%, the only difference is heat as pupae tend to be kept in warmer areas but this doesn't seem to be a rule. They also eat a lot as they need a constant supply of sugar in order to prevent mass worker deaths (odd for Myrmica) which might be unsurprising considering the sheer amount of protein they need to consume in order to grow it seems. Like M. specioides, fatty insects like mealworms are preferred over high protein foods such as crickets although I am not sure if this actually benefits the colony. Nonetheless they seem to have stabilized by now after around 6 months. Despite their polygyny this species is not as proficient as M. rubra and unlike most ants this species is absolutely incompetent with test tubes with a tendency to nest underneath or beside the tubes rather then inside, however I'm not sure if that is due to typical Myrmica stupidity or somehow they are exceptionally stupid but seeing as both M. specioides and M. rubra do fine in test tubes it might be the latter.

I hope one day I may get them to replicate their weaving behavior with grass debris as I've seen in the wild but perhaps not this year. 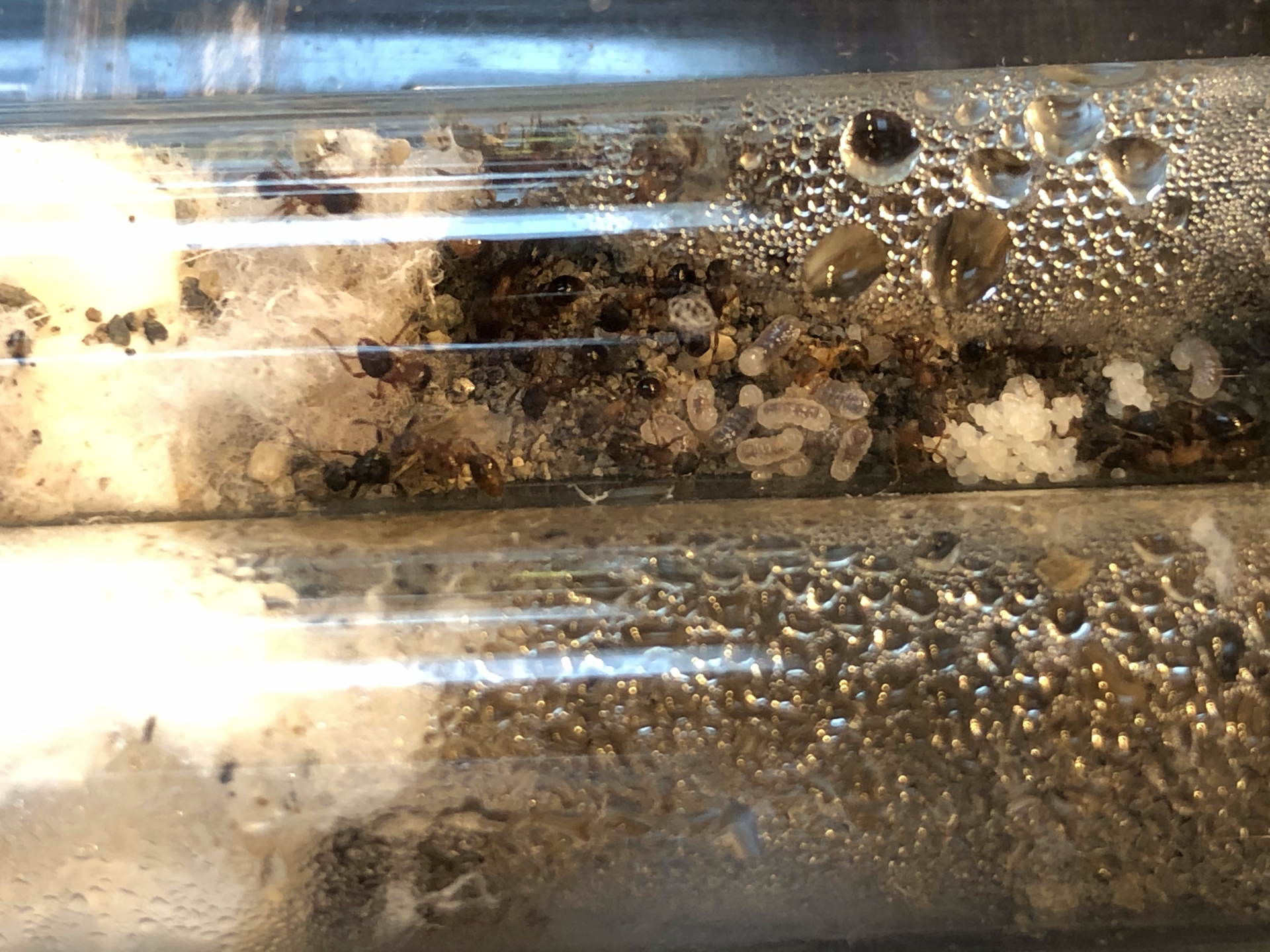 The macrogynes and microgynes are probably the same, the larger ones being the most dominant and genetically fit, and subsequently fed the most.

Perhaps, the reason why I classify them as separate is due to a difference in behavior; microgynes congregate and macrogynes stay apart, but only from other macrogynes. If you lift up logs and rocks of this species chances are you will find a few macrogynes in different areas, many microgynes together or the first scenario but with microgynes running around as well.