Well, since my Solenopsis are now inhabiting my big formicarium, I guess it's time to make a journal. Right now their numbers are low, and there's not been much activity, after eating what they needed, they spend most time inside the nest. Being known for being fast growing species, though, there should be more excitement soon. Here are some pictures of the nests they made from the previous C. fragilis tunnels. They are kind of blurry due to them plastering dirt on the walls to prevent light. 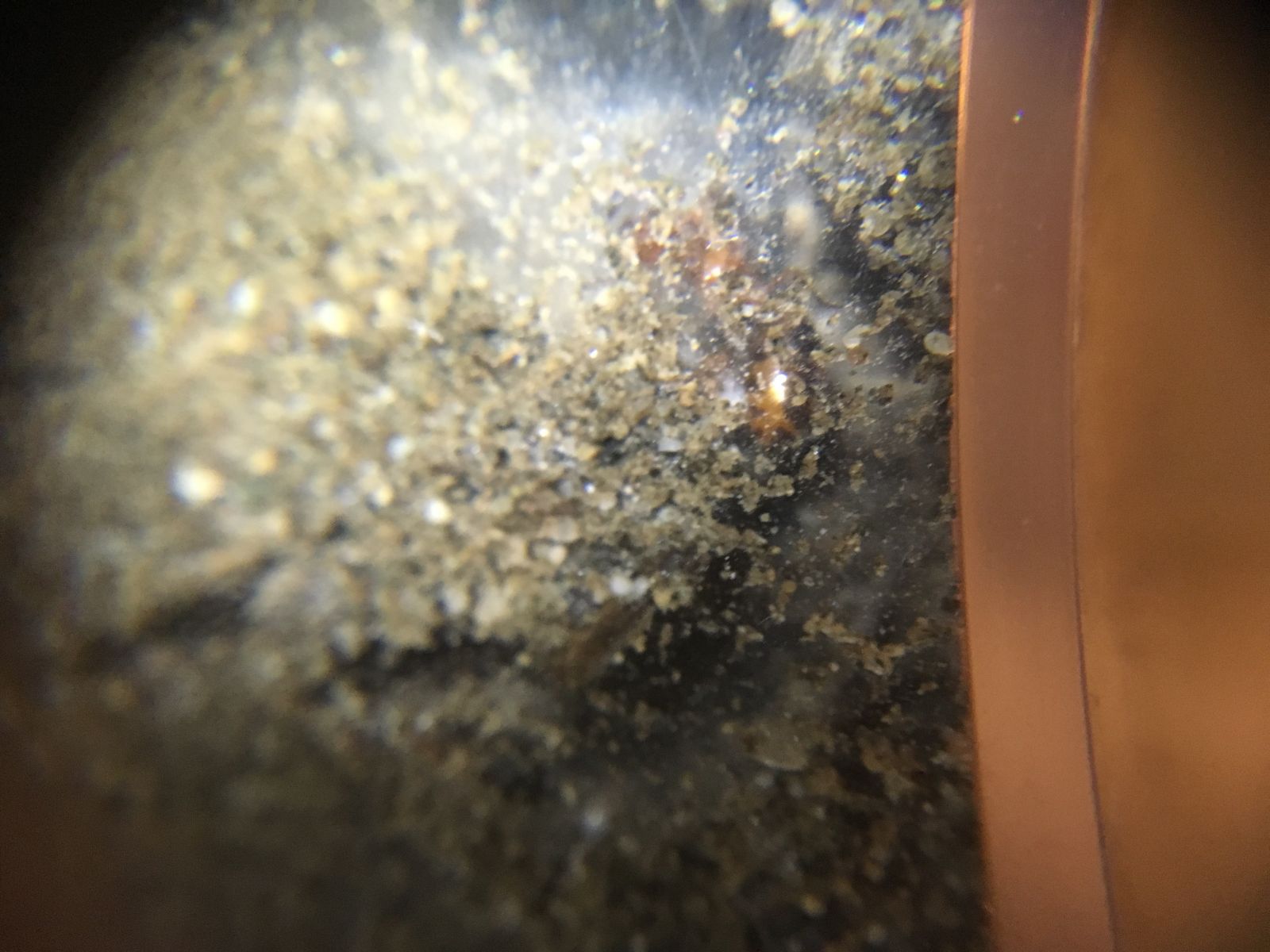 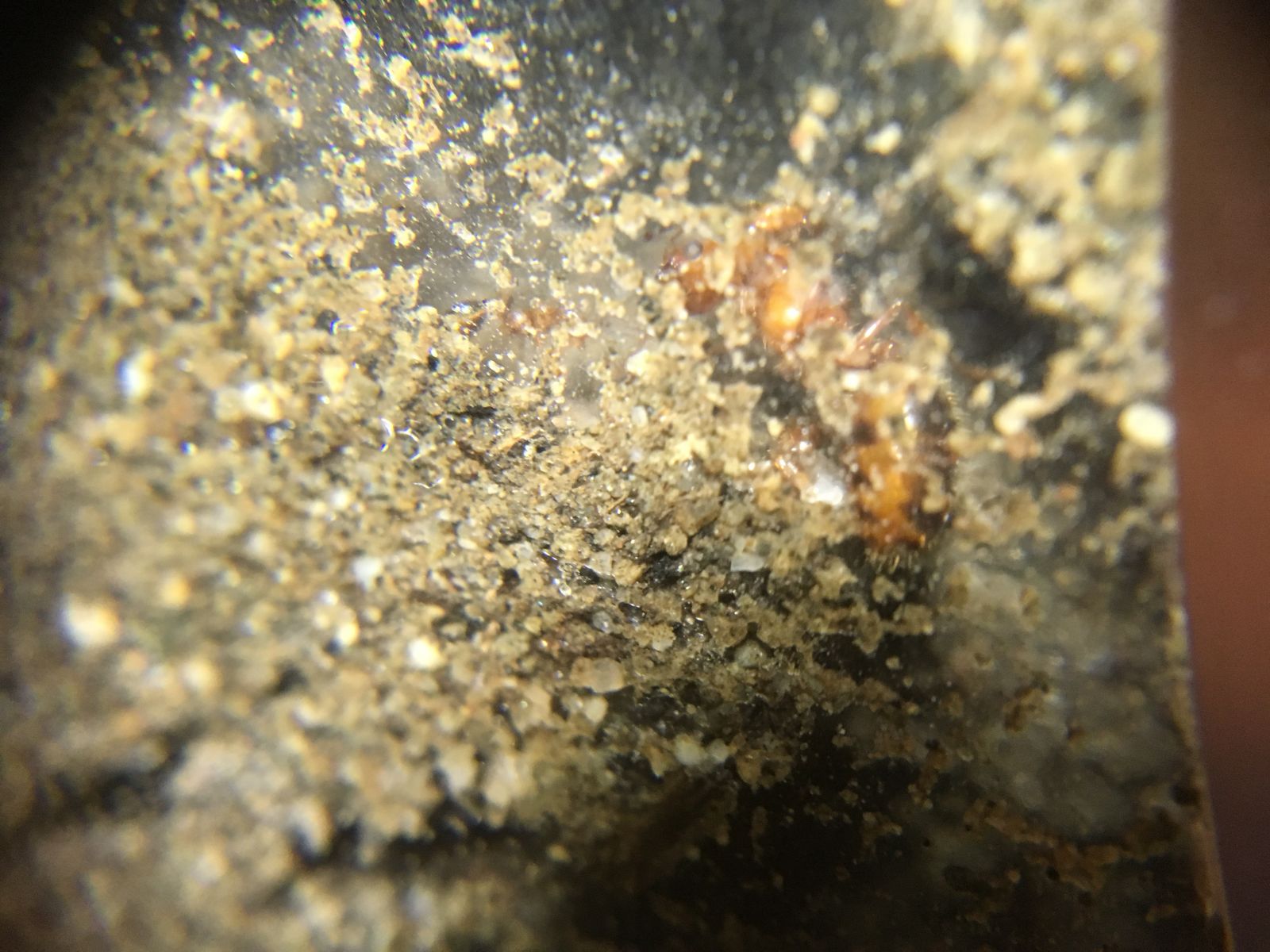 Well they sure like to dig, their nest is way to big for the small amount of members that actually inhabit it. I decided recently to start putting in springtails to help with the mold, but when I put them in they all disappeared. Now I only see a springtail once every few days in there. Here is some more pics. (It's much clearer in person, but these close pictures with the micro lens makes it look really blurry because it picks up on all the small grains of dust)

Due to many noob mistakes, this colony has been reduced to 3 workers. Despite this, they have dug tunnels around the entire formicarium as well as many nest entrances outlining the entire thing, and they devour any protein I put in there. They are looking like their going to have an explosion in growth soon, though, because they have large brood piles. The heat cable I put on they cuddle up too all the time and it increased egg laying and brood development. Recently I accidentally flooded their setup. The queen was completely submerged for 30 seconds. She's fine though. This did, however, provide me with an opportunity to take pictures as it cleaned the dirt off the plastic. An orange piece of brood on the rightish backish part of the pile looks ready to hatch/enclose, whatever it's called.