173 replies to this topic

Haha I bet you're probably serious too, right?

I take it you haven't read any of this thread before. It's a tile used for hydration.

I take it you haven't read any of this thread before. It's a tile used for hydration. 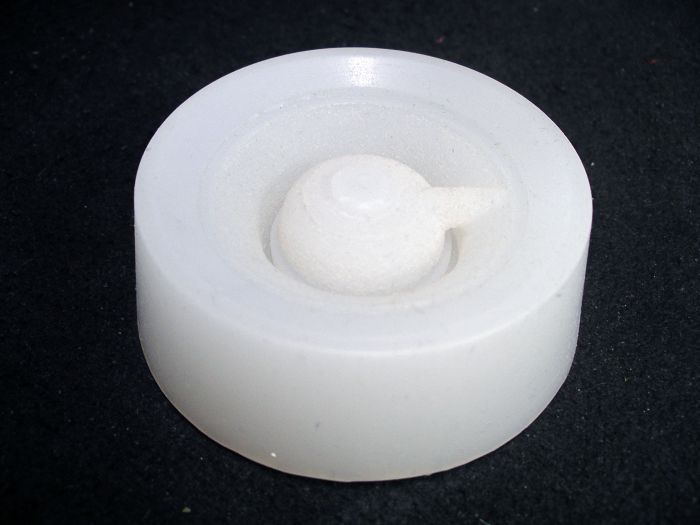 Pretty neat idea, must make it much easier to produce.

How do you manage to cut such perfect time circles?

I got some bisque rules and can barely manage square cuts.

"I'm the search bar! Type questions into me and I'll search within the forums for an answer!"

How do you manage to cut such perfect time circles?

I got some bisque rules and can barely manage square cuts.

Working on a newer version. 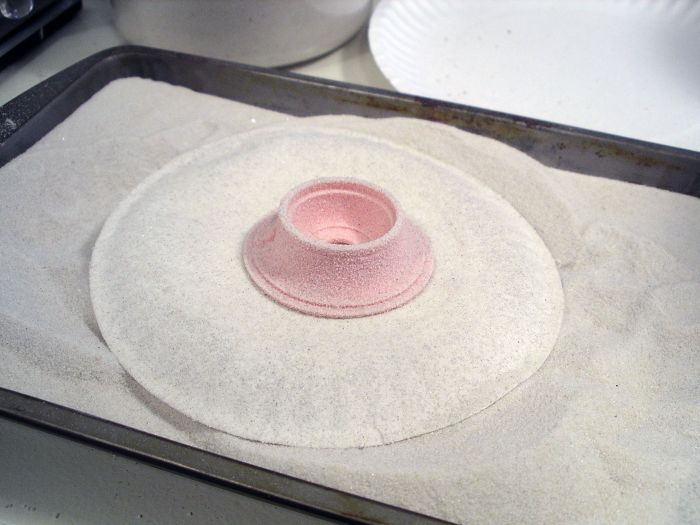 Now this is a feat, are you adhereing sand to PLA? I'm not quite sure what I'm looking at

Come join 3,400 other ant keepers on the Antkeeping Discord

That was sand glued to PLA with spray adhesive for the purpose of creating a silicone mold with a sand texture.

Working on a newer version.

is that gonna be your only model cause it looks rather ugly.

Nothing more unfinished than a unfinished product. You must of skipped a few posts? They turned out like this. Nothing more unfinished than a unfinished product. You must of skipped a few posts? They turned out like this.
http://www.formicult..._255_113106.jpg

I must've missed that, but I prefer those plastic boxes in page 1 and 2.

What containers did you use in this project(water tank and container holding founding chamber)? Also, when you are talking about the tile in the middle that soaks water, what type of tile is it?

I stopped making the latest design for a number of reasons, mainly that it is just too much work. In a way I kind of like the older one with the clear nest more anyway.

Here I made another large one like the one I posted pictures of a long time ago, except this one is the latest design.

In this one the nest is twice the size of the nest in the starter formicarium, and the foraging container is three times as large. Obviously, the water tank will last about three times as long too. You could probably get about six months of hydration from this. I also stopped using the 3D printed tile frame around the tile. I found that saturating the tiles with water before pouring the resin around them keeps it from soaking in anymore than about .5 mm, just the right amount to hold them in. So I discovered something strange that has me a little worried. I put the tiles inside little silicone donuts to hold them at the right height while the resin hardens as you can see here. Well I had some stuck in those rubber holders for a couple of months, and when I set them in a tray of water to saturate them before pouring the resin, I found that they didn't seem to be absorbing the water at all. I even put a small drop of water on the top of one of them, and as you can see in the picture, it just beads up. The tile on the right was not inside one of the silicone holders, and is still absorbing water as expected. Well this baffled me at first, but the more I think about it, it's possible the tiles might have soaked up some of the release agent left behind on the silicone. That presumably would get in the tile, and keep water out, effectively making them hydrophobic. The only thing is number one, I really though I would have washed them after making them, but I really can't remember, and number two, how could that tiny of an amount of residue cause the entire tile to no longer absorb water at all. Whatever it is, I really need to know, because that can be a huge problem. This explains why a couple of my little starter formicariums I made a while back weren't absorbing water, and for the life of me, I couldn't figure out why.

To try to get to the bottom of this, I setup a little experiment. I washed one of those silicone donuts really well, making sure to remove any residue it might have had on it. I took anther one that I suspect has residue still on it (if the tile didn't already soak it all up.. let's hope not). I put tiles in both of them and let them sit for almost a month. After sitting for five minutes, why on Earth would the dirty one be the one still absorbing water, and the clean one be the one beading up now? I can only assume I got the silicone donuts mixed up some how, but I was extra careful to make sure that didn't happen. Since I no longer have any of the dirty ones, I can't really do this again, so I guess I'll just do another experiment with a clean one only, and if the water still beads up, then something else is causing this.

Well it's definitely true; the perfectly clean tiles are no longer absorbing water after simply sitting for a month, squeezed inside a silicone donut, so somehow, the silicone must be causing this. I have no idea how silicone would cause something like this, unless there is something about addition curing silicone that is allowing the leaching of some substance into the tile, making it hydrophobic. I am now conducting more tests that include cured silicone calking to see if there are any differences between the two.

This problem could be the tile you purchased and not correlated to silicone. I noticed that one of two tiles I purchased from Michaels did not absorb water at all and had a very very slight color difference from the ones that do.

Also tagged with one or more of these keywords: formicarium, container, out world, enclosure, how-to, diy, design, nest, dspdrew, tutorial