At last science answers our burning question: why do ants make a big mess at their water feeder? 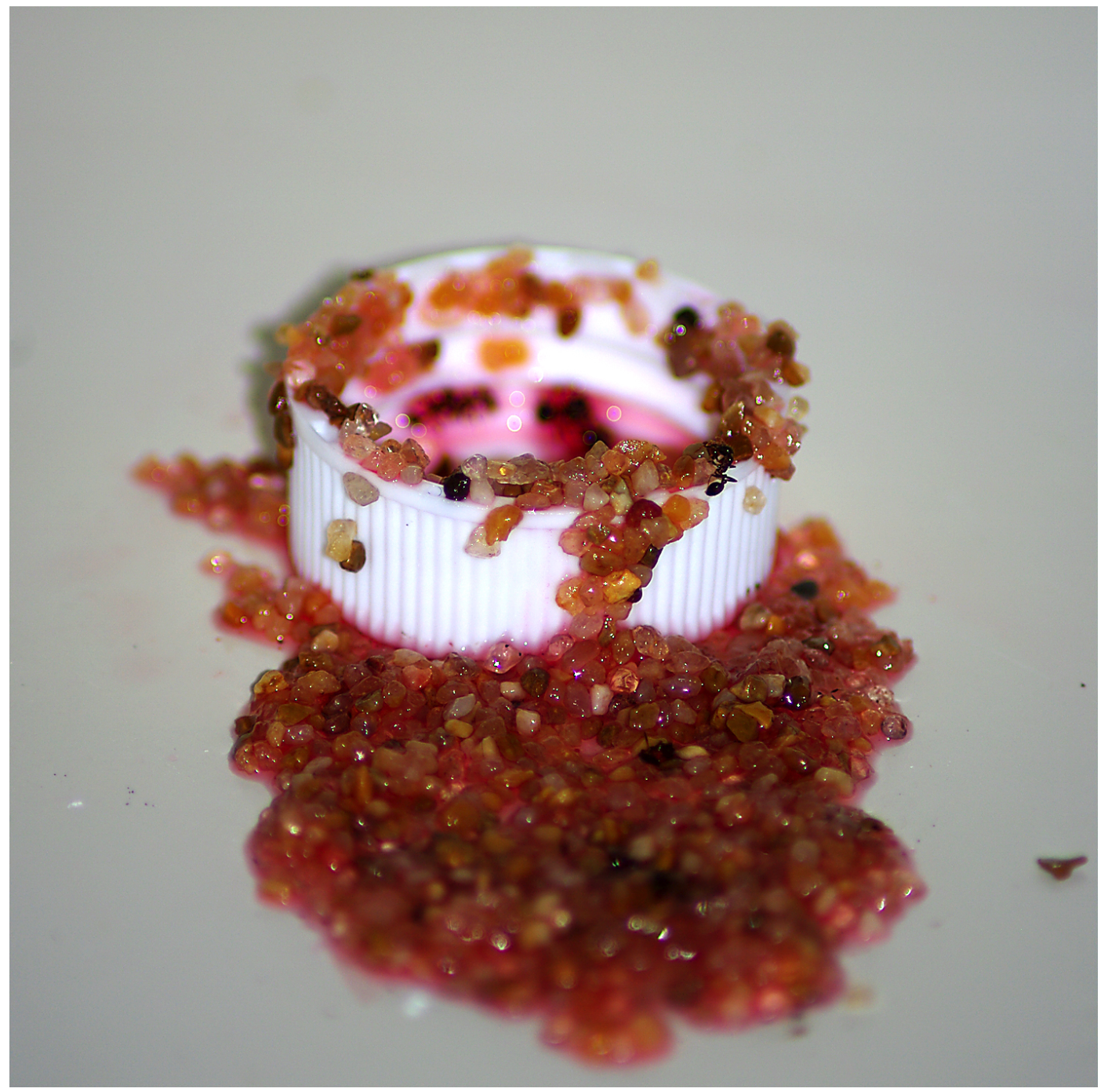 We've all seen this before. Why did they muck up the feeder with dirt and sand? Well this study breaks it down. Liquids are dangerous to ants, they are sticky and surface tension can be a powerful force. By stacking sand ants create a natural siphon so they can safely drink liquid and reduce drowning risk.

Interesting! I'm actually surprised at how many drowned before they started making the sand piles.

I have lost very small ants from drowning, so now I use a shallow feeder (like a plastic cap with the top half cut off) fill it with cotton and then saturate it with water or sugar/water. The ants can walk on it without getting stuck and still can suck the liquid from the cotton. Also very easy to refill ( top up) with an eye dropper. This has worked very well for Brachymermex, Tetramorium and Temnothorax - especially founding colonies with nanitics that can't figure out a byFormica feeder.

Yes, if your ants are constantly piling stuff on their liquids, it's time to take it out for a little bit or you can move it further away from their nest entrance.

I've found that my Polyrhachis vermiculosa are the only ones that do this so far. I went to pure honey instead of sugar water because of it. They do it less with honey. I need to make/buy better feeding stuff.

I exclusively use test tubes for offering liquids. They last a very long time, don't spill and noone drowns in there.
Either test tubes or fruits is what I go for