4 replies to this topic

Update No.1 - 15/03/2020
I bought a camponotus floridanus colony consisting of 1 queen and 5 nanitics from theantlady on January the third in hopes of raising a colony of faster growing camponotus species. Upon arrival, the colony had already got a healthy pile of brood and some newly hatched larvae. Unlike most of my other colonies first generation of workers, these nanitics were very curious and ate fruit flies readily, only a few hours later the queen became very physogastric, but did not lay any new eggs, so I assume she was just acting as a replete, though this is a good sign of what is too come. Two months on, and the colony has expanded from 5 to ~40 workers and a large pile of brood. These ants like it really dry and whilst in the test tube, they preferred to stay close to the entrance as oppose to being near the cotton, because of this I have moved them into a Foranto wooden nest which I will give pictures of in the next update. I really love this wooden nest and the design of the foranto wooden nests in general, and I can definitely see myself using the larger nests to house this colony when they get bigger.

Great photos and I'm looking forward to reading more about your colony.

some photos of the colony in their wood nest, they only use half of it at the moment with the rest of the space being dedicated to trash piles, though they do move this trash into the outworld. Currently, the majority of their brood pile is made up of small and medium larvae with only a few cocoons, they have had a fair few workers eclose recently, including two media and a small major. 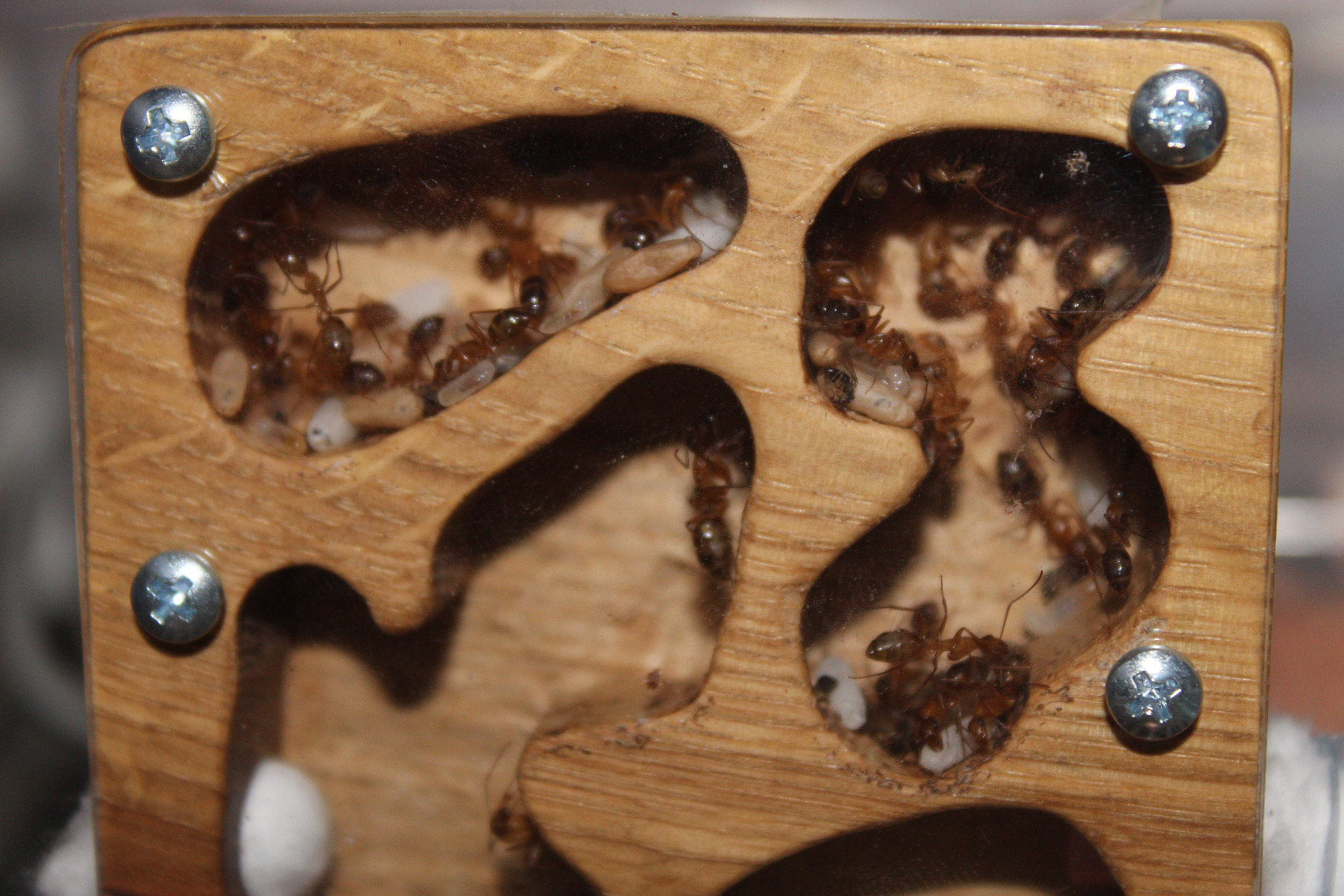 The queen is also gets way less physogastric, even when she is about to lay a new batch of eggs. she mostly seems to like to hang on the back wall of the largest chamber, though she occasionally wanders into this smaller chamber where the majority of the larvae are stored. 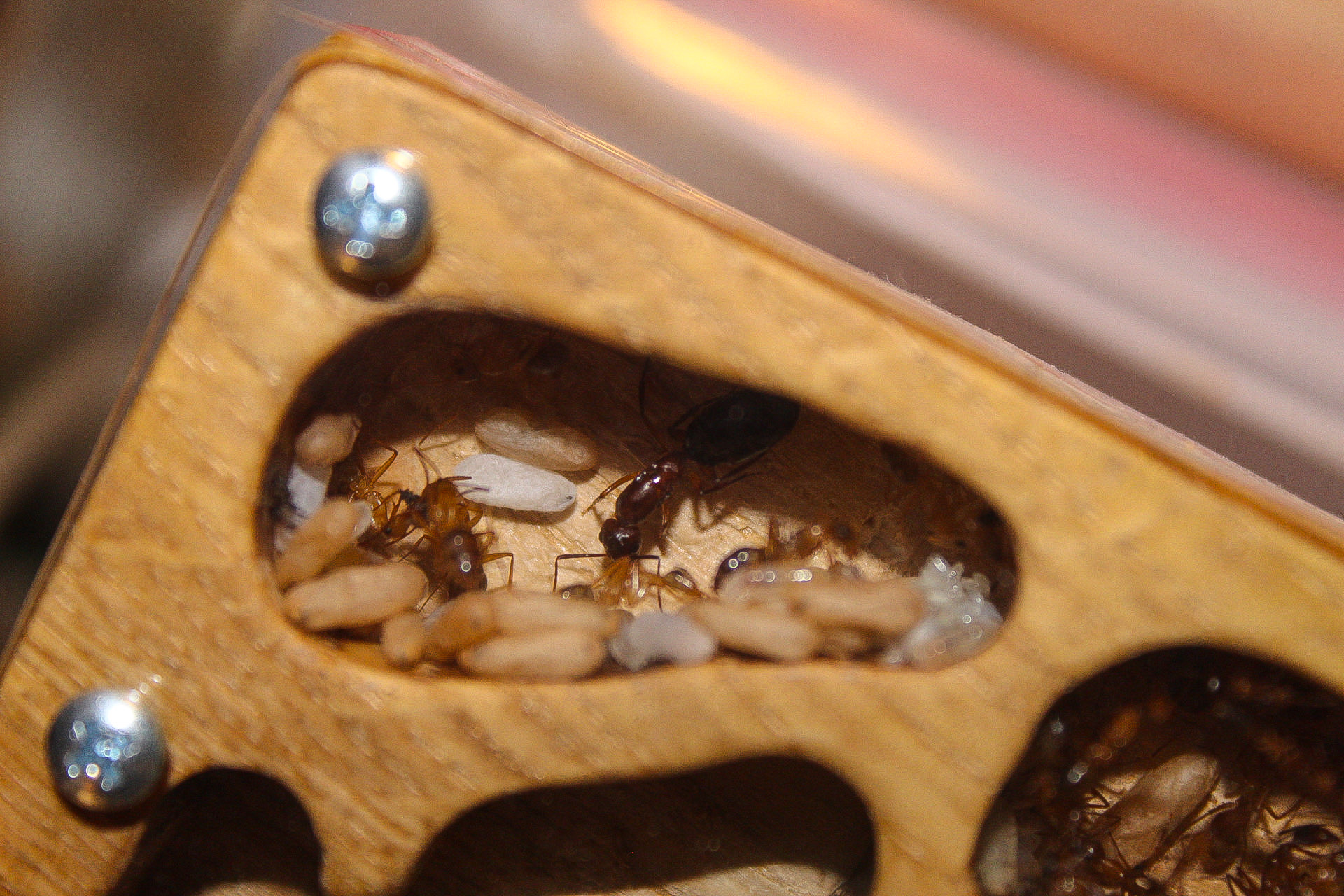 A large number of workers also spend their time outside, with about 12-13 workers out at any given time, though up to 18 have come out of the nest during feeding, though at the moment they mostly just sit about being lazy. I've found that they quite like cut up soldier fly larvae; floridanus are so calm compared to all my other colonies it makes taking photos much easier. I would love an update on this colony particularly to see how they are doing in the wooden nest.

Well this is a bit of an unfortunate update.

To keep things short and sweet, life has been a bit busy as of late and with some changes being made to where I live, some colonies had to be rehomed, the camponotus floridanus was one of them. I would like to keep this species again, though I cannot see that happening anytime soon.

Apologies if this may have disappointed you.