This is the beginning of my Myrmica journal.

The main attraction of this journal right now is Myrmica spatulata complex. I caught a lot of these queens on September 6th, 2020 in a sand prairie in the west of Wisconsin. Myrmica spatulata form large colonies in prairies, are bright red, have medium-large sized queens for Myrmica, and grow relatively quickly. At the start, I had a two queen group that I focused on. These two queens were a bit different in size and color, but both spatulata. This will be the main colony of spatulata. 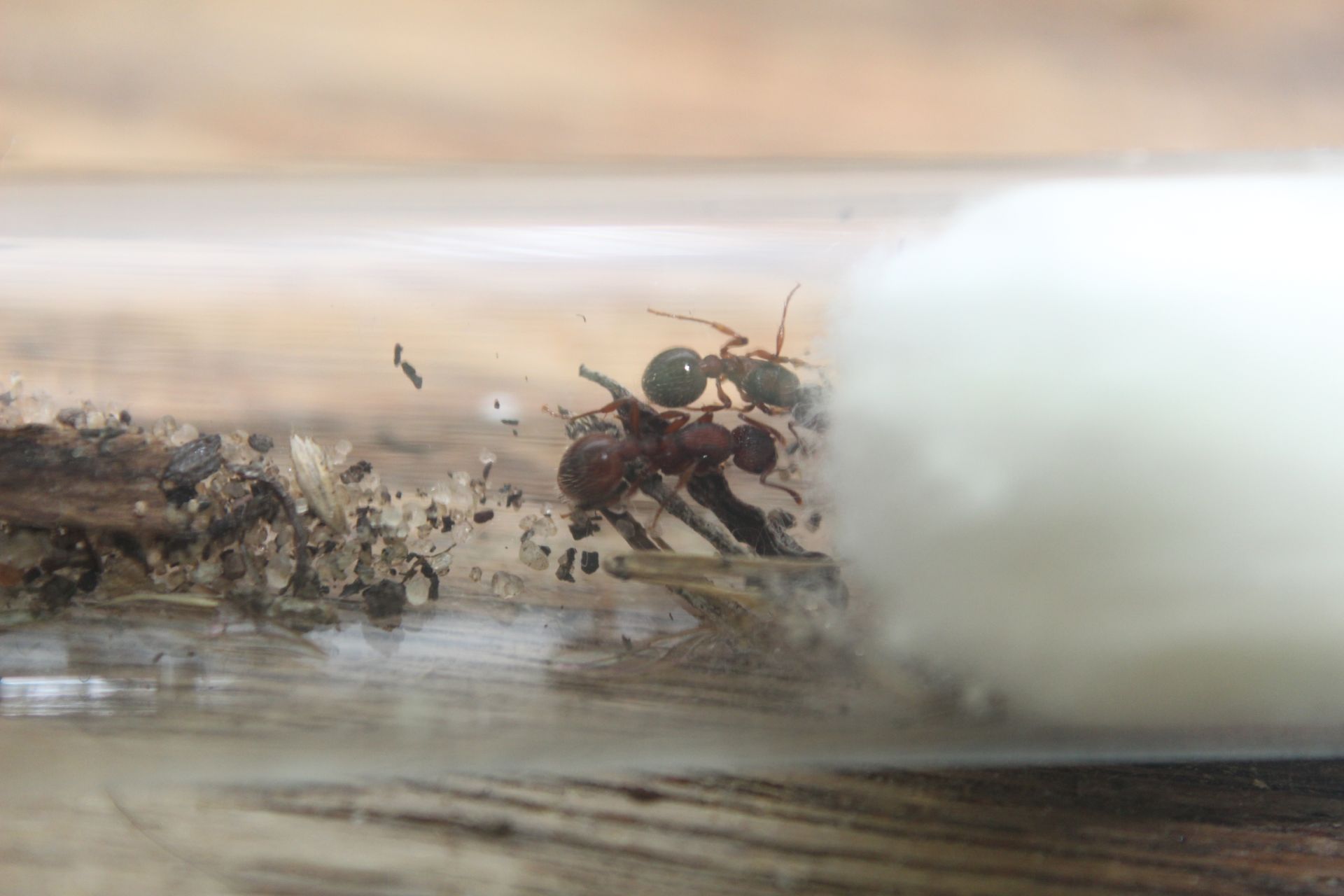 My Myrmica from the sand prairie all began getting workers around this time. 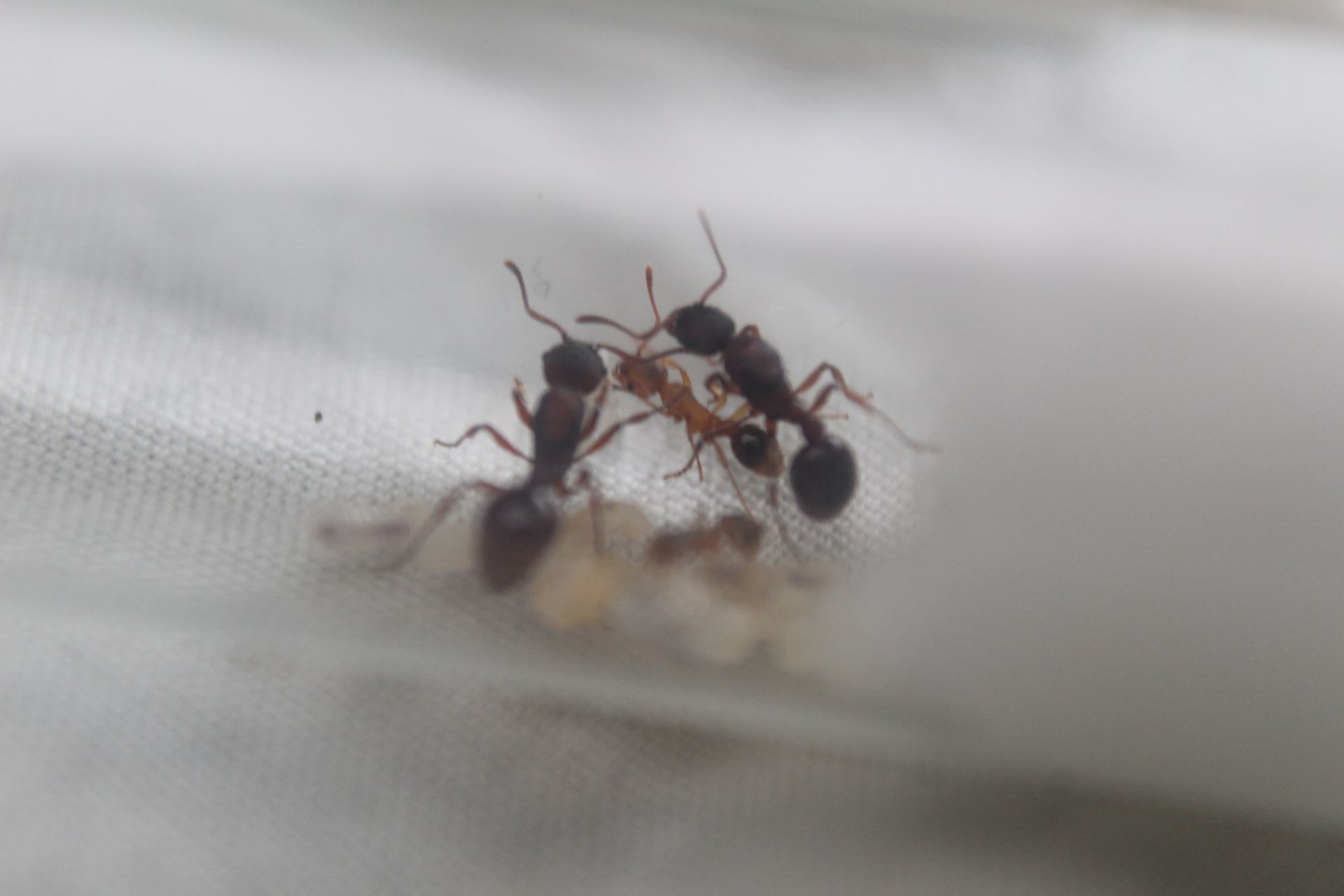 The colony began growing pretty decently at this time, still 2 queens and ~4 workers. I don't have current photos, but as of today, the queens have fought. The larger, brighter queen killed the smaller, darker queen. The colony has around 10 workers and a good amount of brood. The next update should hold current photos.

I caught quite a few of these queens in the summer out in sandy areas. I am unsure about the identity of these ants, because discontinua isn't documented here, but so far it's the only species which matches.

This is when the colony was a decent size, but much smaller than the size it is now. I don't have any photos of them from today, but right now they have about 40 workers and a lot of brood.

All of the colonies were in a video I made on December 1st. Obviously, they've all grown since then.

This genus is very good at being successful. I have a few queens of multiple species who wanted to hibernate, but the majority are able to skip hibernation without any harm. Next post will have photos.

Statesideants.com - order live ants legally in the US

Also tagged with one or more of these keywords: myrmica, myrmica spatulata, anthonyp163